There are a lot of brands with a long-standing reputation in the vinyl world, but few of them have quite as commanding a standing as EMT. Founded in Germany in 1940 as a maker of high-performance transducers for broadcasters (at a time when high-quality broadcasting in Germany wasn’t just a ‘given’ – it was a key propaganda tool). From those early days, the company has maintained a ‘sans pareil’ reputation as a maker of moving coil cartridges and accessories.

The cartridge makers of the original German side of EMT decided to call it a day and retired in 2014. Fortunately, the sun did not set on this long-standing connection to the groove and a Swiss company picked up the baton and the manufacture of a range of EMT moving coil cartridges and both a step-up transformer and a headshell. EMT’s famous JPA66 phono stage (now in Mk 3 guise) lives on too. However, it’s taken a little while to re-establish the brand and its international links. Fast forward to today… 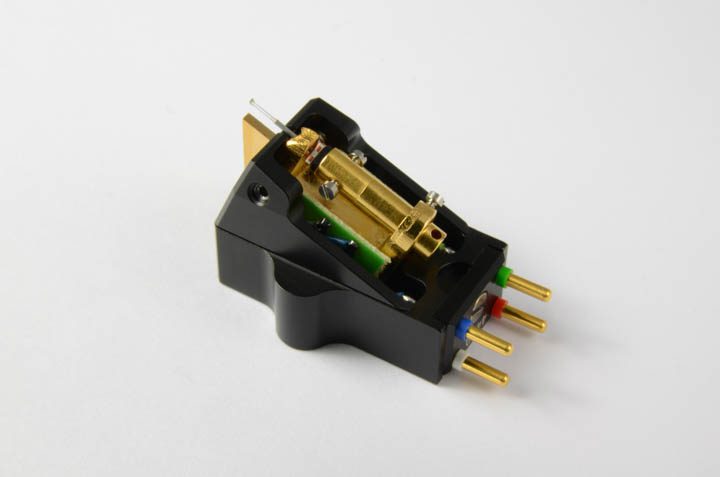 EMT’s series of cartridges is an eight-strong range of moving coil designs, six of which can be specified with one of three different coil options. There are also three stereo and three mono cartridges designed primarily for broadcast use (it may seem remarkable to some, but LP replay is still a thing on some radio stations, just not the compressed lo-thought stations we normally attribute to FM or DAB in the UK). internet radio stations are especially keen it seems.

Our choice of cartridge is the JSD Pure Black; the fourth from the top (the flagship JSD Anniversary Limited Edition). All eight of the JSD range share the same body shape and design, with the Pure Black (and Pure Green) using a sandwich body design. Seven of them – including once again the Pure Black and Green – use a microline stylus, and these two models are the least expensive ones in the line-up to feature the same sapphire cantilever used right up to the top model.

As discussed earlier, EMT’s JSD cartridges come in a choice of three variants; a half-coil and quarter-coil winding option, and a silver coil version that adds £540 to the cost (the gold-finished JSD Anniversary Limited Edition has silver coils as standard… you could probably ask for it to be downgraded to the standard coil variants, but you also probably shouldn’t). We went with the pure silver half-coil option.

This is presented in a beautifully old-school case that smells of sandalwood, and has a brushed aluminium top plate. The cartridge itself is in a little pull-out wooden insert on the right side of the case and there is a full mounting kit, a small manual (of sorts) and a chart of your cartridge’s frequency plot (it’s flat to 10kHz, and rising to about +8dB at 20kHz, with a fraction of a decibel between the channels… impressive!). Some care and attention is needed as this is a nude stylus with no such thing as a stylus guard, but in all other respects installation is easy.