When it comes to designing loudspeakers, Andrew Jones is one of the sharpest tools in the box. He has the magic touch and seldom puts a foot wrong in the products that fall under his purview. There is a string of loudspeaker ‘hits’ attributed to him, at every level from the distinctly affordable to the disturbingly expensive. But arguably, it is the ELAC Adante AS-61 that truly makes his bones.

The Adante range was the third series out of the ELAC gates for Jones, with the more down-to-earth Debut and UniFi ranges before it. But good as these models (Debut now in Mk 2 guise) clearly are, Adante is ELAC and Andrew Jones showing what they are capable of when the brakes are taken off. And arguably the AS‑61 standmount is the purest expression of those design goals.

Ostensibly, the Adante looks like a two-way standmount. Closer inspection shows that top driver is a concentric 25mm soft-dome tweeter at the acoustic centre of a 133mm aluminium midrange cone. What you can’t see, however, is that the 200mm aluminium bass cone is actually a passive radiator, driven by an internally mounted and separately chambered 165mm aluminium bass cone. ELAC’s description of this arrangement sums it up perfectly: it’s a three-way, interport-coupled cavity design. Ports connect the separate chambers of the internal structure of the Adante’s cabinet, although there is no external port to contend with. This gives the Adanta AS-61 an ability to deliver an impressive 41Hz in room, with a reasonably benign six-ohm impedance load. The trade-off – such as it is – means the AS-61 has a relatively low 85dB sensitivity. 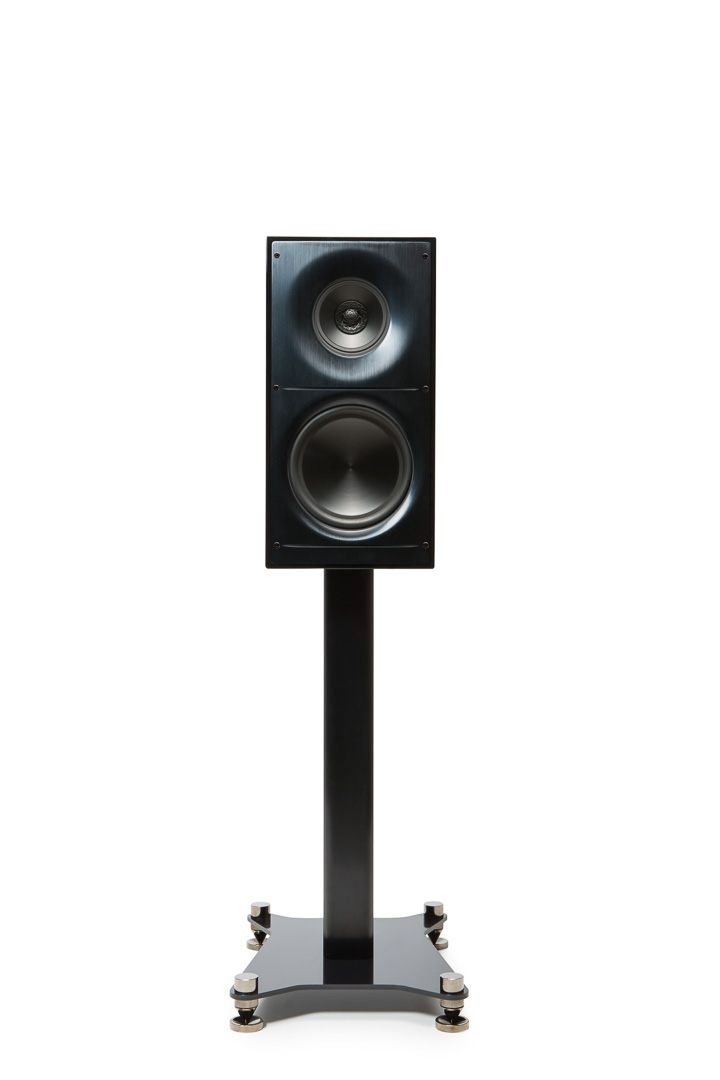 The speaker is designed to work with its own stands. Cleverly, ELAC designed this to use just the one cross-head screw throughout. However, there are 20 of them needed for each speaker to connect the two uprights to the top and bottom plates, and to bolt the speaker to the stand itself. Mid way through the third screw of 40, I began to discover the need for good battery management when it comes to power screwdrivers.

The lone drawback of the Adante AS-61 is it takes some work to get really, really right. And in the process, it often achieves a ‘good enough for government work’ level of performance that I fear many will settle upon. Actually ‘fear’ is the wrong word – the speaker sounds good even when its installation is relatively imprecise. But the difference between ‘good’ and ‘OMG!’ is a somewhat iterative process of listening, repositioning, and listening again. Toe-in, precise levelling of the loudspeakers, side and rear wall distance, and listener position are all best performed with the kind of accuracy and precision normally attributed to £30,000 loudspeaker installations. When you give the AS-61 that kind of precision, though, you are rewarded with the kind of loudspeaker midrange and high-frequency performance you simply don’t find at this price level. The short answer here is what you hear in most auditions is probably about half of what you can extract from these loudspeakers. Upstream electronics are perhaps less vitally important, but there’s a need to get things right here, too. A good, meaty 100W amplifier – and a very good source – should be the minimum requirement.

Sonically, the mid and top are extremely attractive to sit in front of. The soft dome is effortless, and there is no sense of hardness or brashness, just musical honesty and refinement. A good tweeter doesn’t shine, it seduces over time, and a really good one allows you to play any kind of music without exaggerating brightness or blandness. That’s one of the things the ELAC Adante does so well: mix it up with Mahler, Mozart, and Metallica in one session, and the loudspeaker will bring out the best in each. It will not hide why a bad recording is bad, but neither will it expose such recordings to bright light, rendering one-third of most collections unlistenable. The great one-album arbiter here is Strippedby The Rolling Stones [Virgin]. Some of the live from the studio takes (in particular ‘Love in Vain’) are some of the best recordings made of the band, whereas some of the live tour cuts (for example, ‘Street Fighting Man’) are some of the worst. ELAC portrays them with egalitarian equanimity. This is helped by a clean, detailed, and fast midrange that blends almost seamlessly with top and bottom.

But it’s the bass that really shows why this is so important a loudspeaker design. Until the Adante, bass was always going to be a trade-off between cabinet size, cabinet material, and whether or not the loudspeaker is a bass reflex model. The net results of these trade-offs was a loudspeaker that either went for accuracy at the expense of bass depth, or bass at the expense of accuracy. The more you went for accuracy (a sealed cabinet made of the stuff of tanks or kitchen worktops) generally the leaner the bottom end, but the more you went for bass depth, the greater the influence of the cabinet and the port. What happens with the Adante is the best of both worlds; the smaller, ported 165mm driver effectively ‘informs’ the performance of the outer 200mm bass driver, which acts like a much larger drive unit in a sealed-box. That means you get to hear those difficult, fast-paced yet deep bass notes on ‘Chameleon’ [Trentemøller, The Last Resort, Poker Flat] as distinct, non-blurred, almost percussive bass tones with the sort of depth you might attribute to bigger designs and none of the port-chuffing and choking up that normally occurs when a smaller box tries to overstretch itself. The cabinet is nearly dialled out here, and it’s only when comparing it to a few speakers that are significantly larger, heavier, and pricier that you begin to hear where the cabinet coloration kicks in. 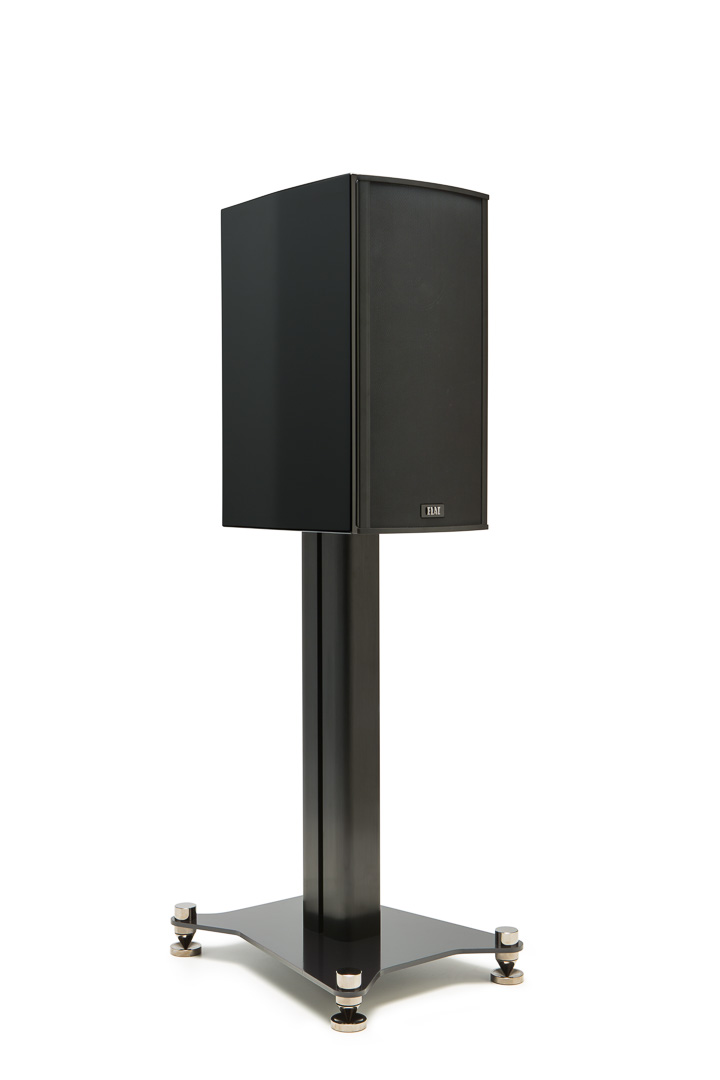 OK, so ELAC is not breaking the laws of physics here, and the amount of volume headroom low-end you can extract from a big cabinet or bass drivers with the surface area of Wales is not on the table here. It goes plenty loud for most and the bass is extremely deep for a cabinet of this size, aided by that functionally inaudible cabinet, but if you seek bottom octave organ pedal notes, gut-churning synth sounds and want to play The Who – Live At Leeds[MCA] at something approaching gig-like volume levels, sooner or later the AS-61 is going to run out of steam. But these are not limitations of the AS-61, just fundamental limits placed on performance by building a cabinet that doesn’t need to be built in a shipyard.

It’s here where ELAC and Andrew Jones show their mettle. This speaker design is so good, it could be easy for the company to fall into something of a showboating trap – making a loudspeaker that is engineered to sound impressive, but ultimately unrewarding. Add a bit more bloom to the bass here, trade that accuracy for a bit of sparkle in the upper mids, and you’d get a loudspeaker that grabs headlines, but ultimately leaves people cold. This, on the other hand, is a crowd pleaser that also delivers the sonic goods for the long game.

Five years from now, there will be dozens of brands making a hash of emulating what ELAC and Andrew Jones did here. Many of them will be in the buttock-clenchingly expensive part of the loudspeaker market, and hardly any of them will be able to achieve the same clarity of thought, vision, and – most importantly – sound as the Adante AS-61 delivers. When you listen to the ELAC Adante AS-61, you know almost immediately that you are hearing something different. We are in the presence of greatness, here, and there will be a lot of companies trying and failing to play catch-up. 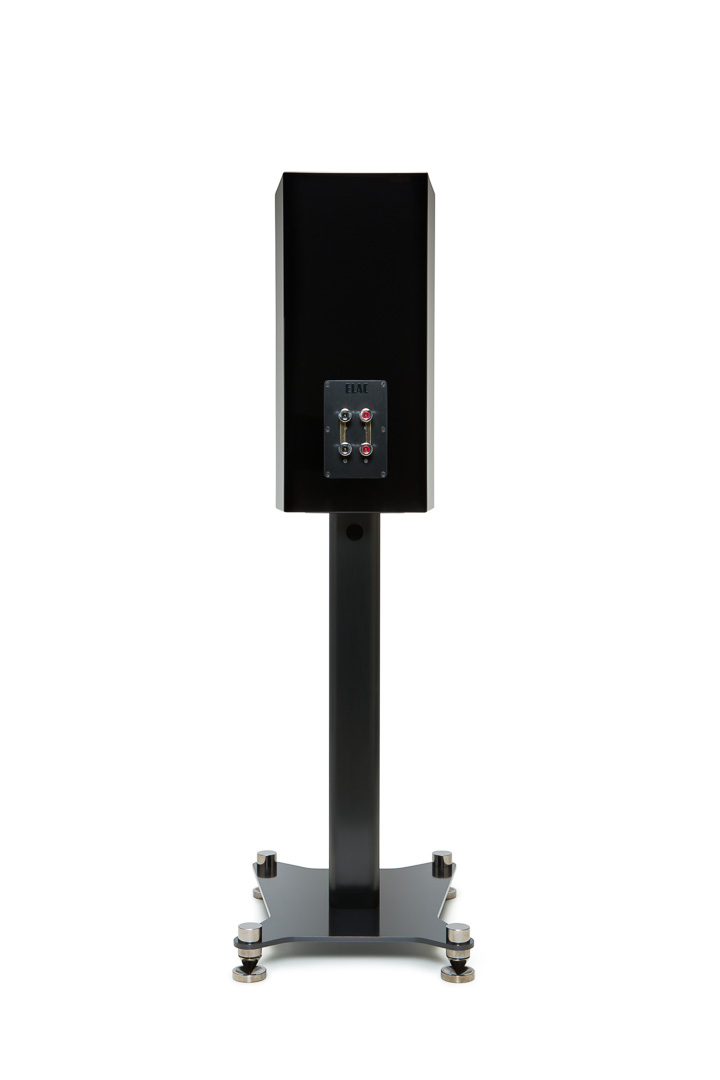 There is no such thing as a perfect loudspeaker. Even the very best of them trade compromises across a range of parameters. The ELAC Adante AS-61 is no different, but the step-change in technology means it’s trading compromises at a more advanced reading age than its peers. I listen to a lot of good loudspeakers, some of which have feet that cost more than these Adante standmounts, but this is the one that gives me pause. The ELAC Adante AS-61 is the loudspeaker that takes on the high-end behemoths… and wins!

Distributed in the UK by:
Hi-Fi Network Ltd