EgglestonWorks. The name conjures up a product that emerges, dusty and rusty, from a foundry in West Yorkshire (perhaps adjacent to the Sugden amplifier mines?), not a high-end loudspeaker manufacturer from Memphis. But 25 years ago the home of Elvis Presley, and the innumerable legends of Sun Records, Stax Records and Gibson guitars begat another musical hero in the form of EgglestonWorks’ first offering, the Andra. I first encountered them in the UK a decade or so ago and was struck by the big hearted, dynamic sound, but rather more by the candy apple red and emerald green high gloss paint finishes of the demo models on show. And EgglestonWorks still make a thing of offering these auto paint finishes, to special order, so if you want your speakers to match your lipstick pink Rolls Royce or your purple metalflake Bugatti, give these guys a call. 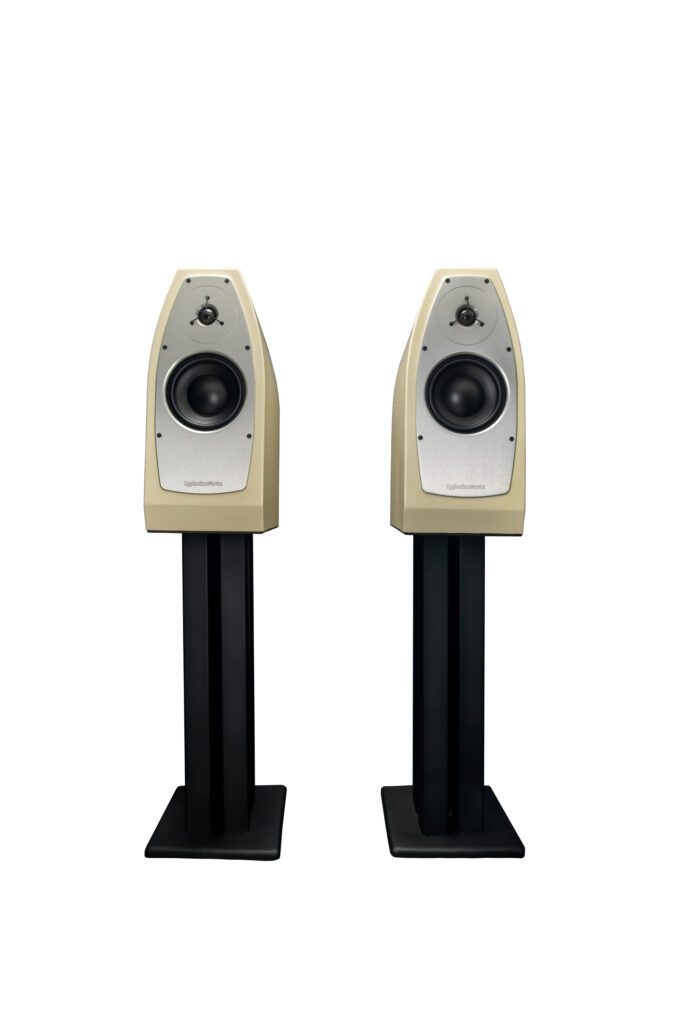 The Nico Evo is the only standmounting loudspeaker in the range, and priced as the entry level product at £6,000, including a pair of substantial, and heavy, metal stands. However, and somewhat pervesely, there are a few dealers who view the (£7,500) Emma Evo floorstander as the entry point to EgglestonWorks’ range – given the Nico is the only standmount on offer it sometimes gets put in a different category entirely. This might give the designers a little latitude, perhaps there’s less expectation that the standmounters will conform to any ‘house sound’ and they can perform in their own terms. Having said that, EgglestonWorks themselves say that their design objective is just to make each model the best it can be for its price, there’s no pressure to compromise just to integrate a model into a range, nor are they benchmarking against competitors’ products. So this one is designed to give the user the benefits of a standmounting loudspeaker, not merely to enter the market at a price point.

The Nico Evo is a mid-sized design, recognisably an EgglestonWorks product from the metal plate and sloping front baffle (for a measure of time alignment); clever cabinet design reduces the sense of visual mass, keeping the volume where it is needed, around the 150mm bass/mid driver and rear-facing slotted reflex port. The cabinet tapers towards the top in a boat-shaped form, what top plate there is, is small, with a significant downward slope toward the rear. A recess in the baseplate fits snugly over the top plate of the supplied stands, but the base is rectangular so most aftermarket stands are usable. I used both the supplied stands and a pair of considerably lower mass stands of a similar (600mm) height.

It’s no surprise that the first impression on moving from my Amphion Argon 7LS floorstanders is of the reduced heft in the lower bass. EgglestonWorks’ own measurements reflect this, an in room usable bottom end at around 40Hz is entirely in keeping with a standmounting design of this size. First impressions are usually valid but not definitive, though, and what you get in return here is vivid imaging and arrestingly convincing vocal portrayal. In fact, vocal and instrumental timbres are generally rendered very convincingly indeed, guitar is almost uncannily ‘guitar’, piano is natural, rich and sonorous, and if it lacks the ultimate degree of bottom-end weight and power, it more than makes up for it in speed, agility and tunefulness. It’s a bit like the difference between a 9’ Steinway, and a 7’6” Steinway that’s just been prepped by the best piano technician in town.

The speakers do seem to relish a bit of power. EgglestonWorks give a recommended minimum, but no upper power handling limit. The drivers are, they say, ‘robust’. I used them with a 180W Accuphase E470, and a 250W Hegel H390 and they absolutely sang when I turned the wick up a bit. There’s clearly plenty of headroom here, no sense of compression or shoutiness at really quite antisocial volume levels, they just go louder without apparent strain. It’s a genuinely impressive trait and I think you could use these in quite a large room and not feel short-changed; these are clearly not standmounters designed just for a modestly-sized domestic setting. 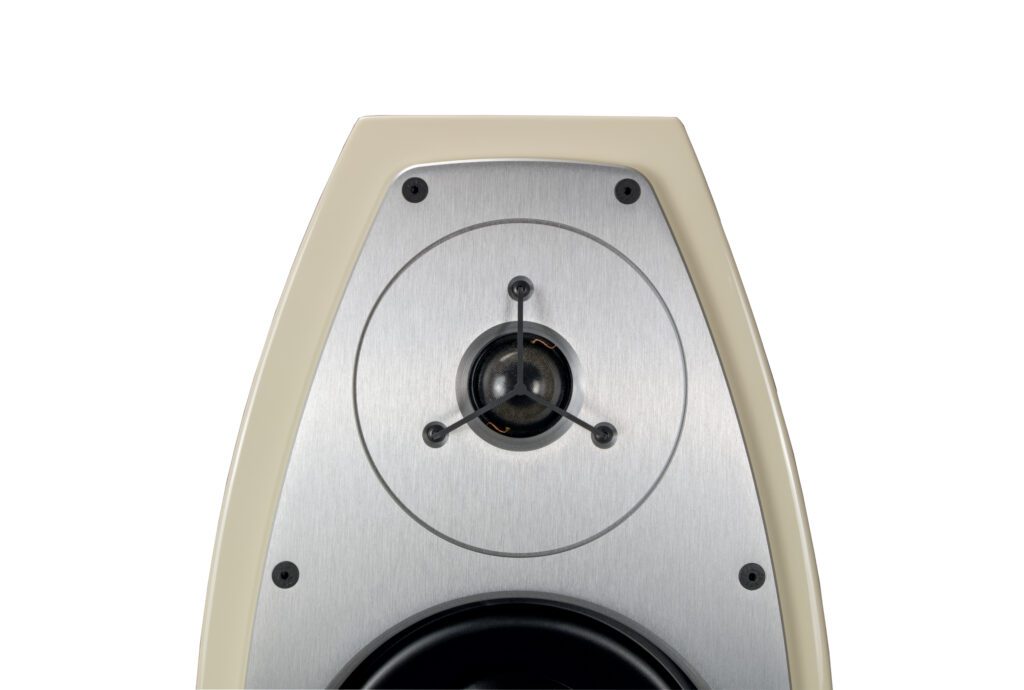 This all seems to translate readily into the way the speakers depict the performance. Phrasing is both easy to follow and entirely unforced; if the musicianship is there the Nico Evos can bring it to you. Dynamics feel largely free and unconstrained, despite the modest driver size. Stanley Clarke’s ‘Bass Folk Song No 6’ from The Stanley Clarke Band [Heads Up], the instrument is vivid, colourful and beautiful, but the striking thing is the degree of insight into his playing, the phrasing, his style and technique. The music was just more enjoyable and enthralling. I’ve heard deeper bass, sure, but there is real quality on display here, taut and fast and tuneful, and rather better behaved than many ported designs I’ve encountered. The lucid, limpid presentation and the absolute level of communication of that musical intent, and how it was realised in the performance, was easily worth the trade in that bottom octave. I was reminded of EgglestonWorks’ own aim, to make each speaker the best it could be for its price. They could probably make this box go deeper, but if that meant losing some of this agility and communication, then the speaker would not be the best it could be. As it is, the bass response is deep enough, and so fast, solid and tight so you just don’t miss the stuff that isn’t there.

Smaller cabinet sizes also seem to help with imaging, and the Nico Evos excel at projecting a clearly delineated image, whether a small jazz trio, or a symphony orchestra and chorus. The spatial detail they evoke, and the stability of the soundstage they project is up there with the better box loudspeakers I’ve encountered. They do have that lovely habit of just disappearing – one of the main benefits of standmounting designs in my experience, but one seldom achieved quite as convincingly as this. The drivers used here are very similar to those employed in the larger, often much more expensive models, and their quality is apparent since they just don’t seem to draw attention to themselves. Timbres and textures abound, from the sheer variety of different marimba voices conjured up on the title track from Simon Haram’s album Frame [Black Box], to the interplay of sax, guitar and tabla on Andy Sheppard’s toe-tapping ‘Peshwari’ from Learning to Wave [Provocateur Records], and all helped by that uncanny way with imaging that larger, floorstanding speakers so often struggle to emulate.

But sometimes, not everything gelled quite so well. Take ‘Roxanne’ from Sting’s live album All This Time [A&M], his bass playing, never shy at the best of times, became intrusive, the timing was slightly off and its tunefulness a touch vague; similarly on ‘Brand New Day’ the pulse of the bass was ever so slightly behind the beat, but not in the deliberate way that a good jazz musician might play with the rhythm. Vincent Charbonnier does it subtly and effectively for the Jacques Loussier Trio, try ‘Pastorale in C Minor’ from Plays Bach [Telarc], and it really contributes to the groove. The Nico Evo’s gave me most of that, but something wasn’t quite right.

Given the quality of almost everything else, I suspected the speaker wasn’t entirely to blame here. Substituting a pair of relatively lightweight stands was revealing. Sting’s bass playing now took its proper place and everything locked in as it should. Even tracks that had previously impressed, were better. Back to Stanley Clarke, this time ‘Bass Folk Song no.10’, electric rather than acoustic bass now, and there’s a highly dynamic whipcrack riff which, on the supplied metal stands, had lacked that ultimate degree of impact and emphasis, the leading edge of the note didn’t pin you back in the seat quite as much as I know it can do. Overall, the funkiness and the groove had felt a little bit forced, it didn’t strut, or push the beat in quite the way I expect. The bass playing came across as clever, rather than musically relevant and engaging. But change to lower mass stands and the musicianship is clear, compelling and draws the listener in, the speed and agility takes a significant leap forward and any suggestion that the playing was a little prosaic is quickly banished. I’m inclined to think that this is a truer representation of the abilities of these increasingly engaging speakers. 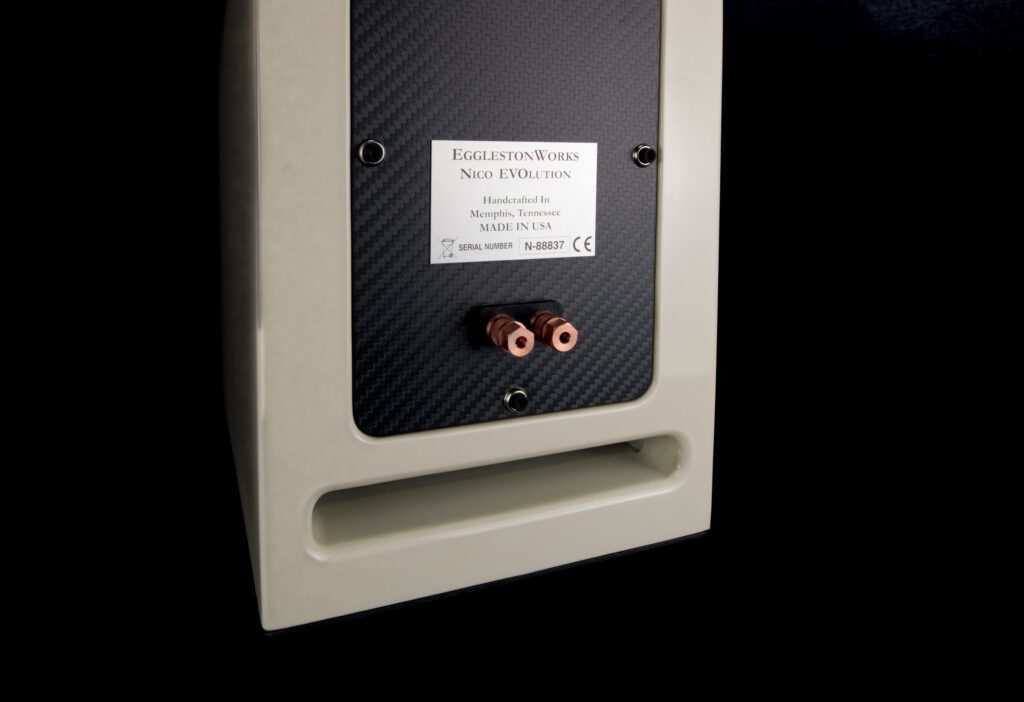 EgglestonWorks hasn’t gone for a niche in the market – a standmounter for places where their floorstanders won’t fit. It has instead taken the opportunity to deliver what a good standmounting loudspeaker does best, be that imaging, coherence, speed, or intimacy. And it can go loud and drive hard without obvious signs of strain, so it’s clearly not just a smaller speaker for smaller spaces. I could well imagine this as a winning solution for a larger, but acoustically ‘difficult’ room. Subject to my reservations about the supplied stands, I think EgglestonWorks have largely succeeded in their aim to let the Nico Evo be the best loudspeaker it can be for its price.