The Cyrus One (tested in Issue 144) was a bold new departure for Cyrus. In a redesigned, more cost-effective half-sized case (not the evergreen traditional cast Cyrus case of the company’s more long-standing range), the One was a bold move for the company because it was app controlled, sported an aptX Bluetooth receiver and used Cyrus’ own Class D amplifier circuits in everything except the headphone amp. Because it was designed for a new generation of buyers, the remote control was moved out of the box, typically meaning users would control the amp from their smartphones.

While the Cyrus One stays in the range, the Cyrus One HD has been developed to meet the demands of a more connected audience, in the process giving Cyrus the opportunity to revisit the original One and improve the circuit slightly. The headline differences are the use of Cyrus’ fourth-generation Class D circuits in place of the third-generation found in the original model, which beef up the power to 110W per channel, and a built-in DAC (with S/PDIF and USB connections). The only other big change is the remote; there is one with the One, whereas the One HD recognises that task is now taken up by the app and the remote handset is now a thing of the past. Otherwise, the two are on-paper identical; both have a great Class AB headphone amp stage, and a built-in MM phono stage, both feed the Class D stages via a linear power supply, and both use a Speaker Impedance Detection system to ensure the frequency response remains flat for different loads.

Cyrus Speaker Impedance Detection works by measuring the high frequency impedance of the connected loudspeaker using a microcontroller. By performing some maths, we then apply an appropriate correction curve to remove the frequency response deviations that would otherwise be present from the Class D reconstruction filter. Unlike other Class D amplifier systems (often off-the-peg modules), the custom-made designs in the One HD are perfectly comfy driving some traditionally off-limits loads for a Class D design.

We decided to keep this review shorter than usual because a lot of what applies to the One HD applied to the One. Relaid circuit and new power amplifier stages aside, much of the functionality and operational action of the original applies to the new (you lose a line input to gain a DAC and the rear panel has had a redesign to accommodate that DAC). Installation is simplicity itself and the accompanying ‘Get Started’ yellow-on-black cheat sheet shows you all you need to do without even the medium of words. There is also an accompanying and more comprehensive manual from Cyrus, and is supplied in tree-saving mode (online). And if you download the Cyrus ONE Remote app, everything is golden. Bluetooth is a click away and although you might find everyone in the family fighting for access, the amplifier behaves itself perfectly from an operational front. Cyrus deliberately went for the ‘KISS’ (Keep It Simple, Stupid) approach to next-generation amp design and – coming barely one step removed from the “press any key to continue… where’s the ‘any’ key?” school of IT smarts, I welcome this rudimentary yet robust approach. It means you can be up and running with the One HD about as quickly as you can be with a conventional analogue amplifier, just with the addition of a USB connection and Bluetooth as 21st Century concessions. 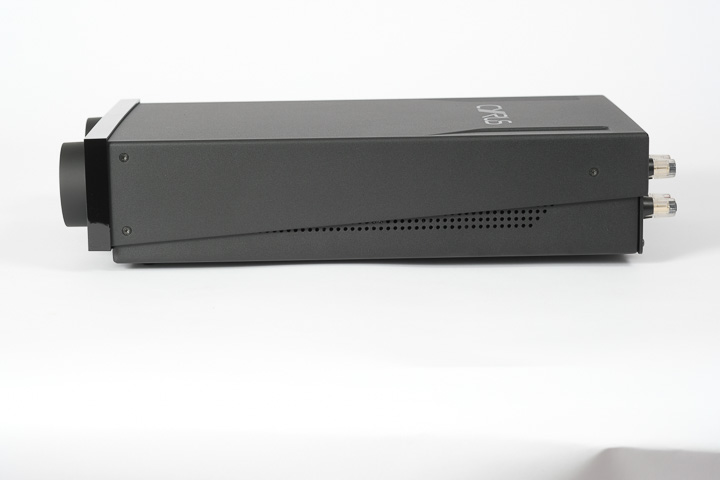 The Cyrus One HD is a very level-headed performer, more in the cut of classic Audiolab products than the zingy excitement of modern-day Naim Audio, or even what we have come to expect from Cyrus Audio’s own ‘singing shoeboxes’. It takes a more cerebral, more mannered approach to musical replay than often heard today. In the write-up of the original version, this is perhaps taken too far, leaving the sound somewhat lacking in rhythmic drive, but here that seems to be less of a concern. I’m not as guided by pace and timing as Jason Kennedy, but neither am I deaf to the notion of ‘keeping good time’: the Cyrus One HD can follow a tune better than its Cyrus One predecessor and, although this is never going to be a strong point with the design, it’s only going to strike a negative tone with those obsessed by this aspect of musical presentation.

One HD’s overall delivery is excellent. It delivers an accurate and honest-top-to-bottom performance, with no editorialising, such as thickening up the bass, or pushing the upper mids forward to add emphasis to the presence region. In fact, it has excellent bass for one so small – really deep powerful bass that helps tympani underpin the sound of an orchestra, and bass guitars underpin the sound of rock. There is some commonality of sound between the One and the One HD, here, and even if the One HD is the superior performer, the perceived gap is small.

In essence, you are paying a premium for an on-board DAC, and its here that the Cyrus plays a strong hand. The DAC is a perfect match for the Cyrus One, and the two harnessed together deliver an extremely detailed and agile sound with outstanding bass. My normal fare of obscure pieces of modern classical music has been set aside for a while, as I’ve been ploughing through old school reggae and especially dub (it’s funny how our tastes ebb and flow). Listening to ‘Banana and Yam Skank’ from Dangerous Dubby King Tubby [VP records on Tidal], the heavy dub vibe has some real force behind it especially on smaller loudspeakers (which sound like they have taken on bigger proportions, suggesting an amplifier with a bit of grip. While this track doesn’t really go anywhere, the cheesy organ intro, the shouty plate reverb, and the guitar parts all sound very enticing. The hi-hat beat is perhaps very slightly loose, but the same could be said for the entire track, and is not something to moan about!

Music here has surprising body and substance, and yet is even-handed, especially if you use the One HD with real-world loudspeakers commensurate with its price. Cyrus makes a matching loudspeaker, but I suspect many retailers will want to partner this with lower cost Monitor Audio, Bowers & Wilkins, and KEF models, and those will work extremely well with the One HD. It’s not a powerhouse, but it can go loud without changing its tonality, and this will win the One HD many friends.

Overall, I like the sound of the Cyrus Audio One HD. It may not be the last word in pace and timing, but it more than makes up for that in precision, accuracy, and bass depth. The Speaker Impedance Detection circuit is a great move, too. Partnered properly (not too difficult, the amp can deliver up to 78A peak current into a loudspeaker, it makes a closer link between amp and speaker, and gets rid of many of those grumblings directed at Class D. At no time did I reach for the remote handset, either. In short, this might be the amp of tomorrow, today. 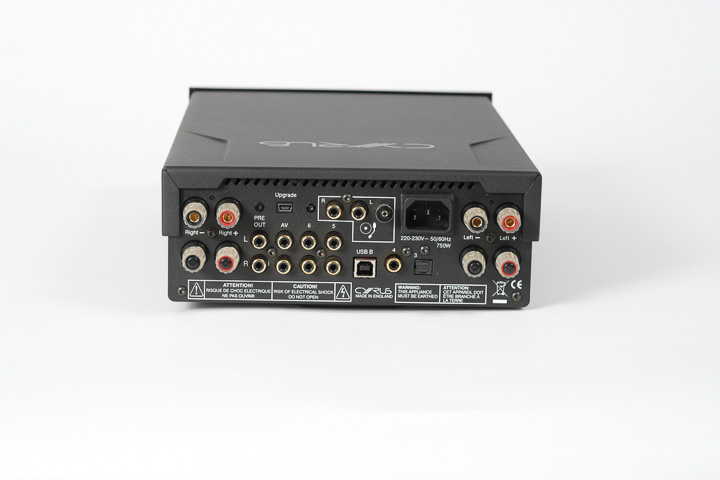