Ultimate Headphone Guide is a new bi-annual publication that represents a joint venture between The Absolute Sound magazine and its sister publication Hi-Fi+.  My name is Chris Martens and I have the privilege of serving as the Editor-in-Chief of Ultimate Headphone Guide and one of my first official tasks in that new role was to attend and report on the CanJam NYC event held this past weekend (17-18 February, 2018) at the Times Square Marriott Marquis hotel in New York City.

CanJam NYC is a vibrant event that attracts headphone enthusiasts of all descriptions, ranging from those looking for affordable but high-quality alternatives to the ‘plain vanilla’ earphones that come with many smartphones all the way up to those who own ultra high-performance, multi-thousand dollar/pound/euro headphone systems that deliver astonishingly fine sound. Accordingly, CanJam events offer a welcoming and egalitarian vibe where the common denominator is that everyone in attendance cares deeply about music and sound quality and is seeking exposure to the latest in high-performance headphone/personal audio products that span a wide range of price points.

Unlike the sort of painfully upper crust, nose-in-the-air ethos that can sometimes spoil traditional high-end audio shows, CanJam events have a much more inviting, discovery-orientated ‘feel’ where attendees typically share a “we’re all participants in this sport” mind set. This also means CanJam events tend to attract a comparatively broad range of enthusiasts, comprising music lovers young and old, male and female, newbies and veterans, well-heeled and not-so-well-heeled—all looking to find better-sounding ways to enjoy the music they love best.

What follows is the first of four illustrated descriptions of some of the finest product discoveries I made at CanJam NYC 2018.

Let me acknowledge in advance that I was not able to visit all vendors at the show, for which I apologize. If your firm happens to be one I’ve left out, please know that no slights are intended by my omissions. The simple fact is that CanJam events have got so big that just one journalist cannot cover them, which means we may have to expand our coverage plans as we move forward. Further, where events are as well attended as CanJam NYC was, it sometimes can be tricky even to gain access to vendors’ demonstration tables, where there can be deep queues of attendees eagerly awaiting their turn to hear new products. 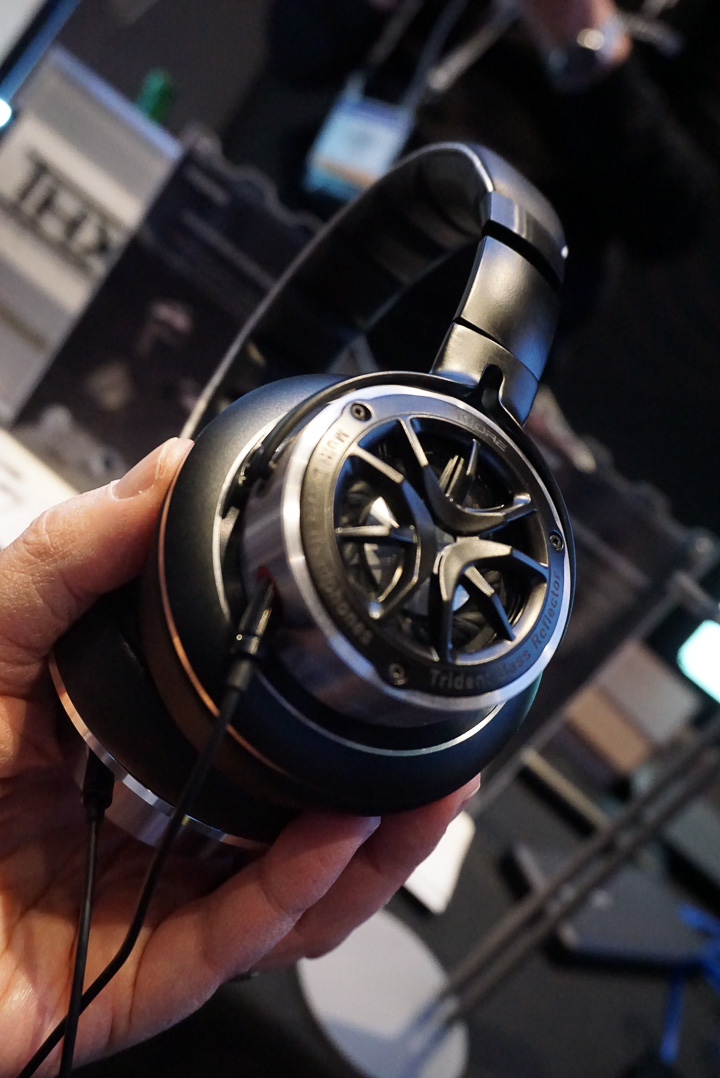 The value-minded firm 1MORE informed us that its newest model is its Triple-Driver over ear headphone ($249), a review sample of which will be headed our way soon. The Triple-Driver headphone features a 40mm dynamic driver with an exotic graphene diaphragm, a supplementary bass driver, which 1MORE terms a “bass reflector”, and a ceramic tweeter. Anyway you look at it, the Triple Driver is a lot of headphone for the money. 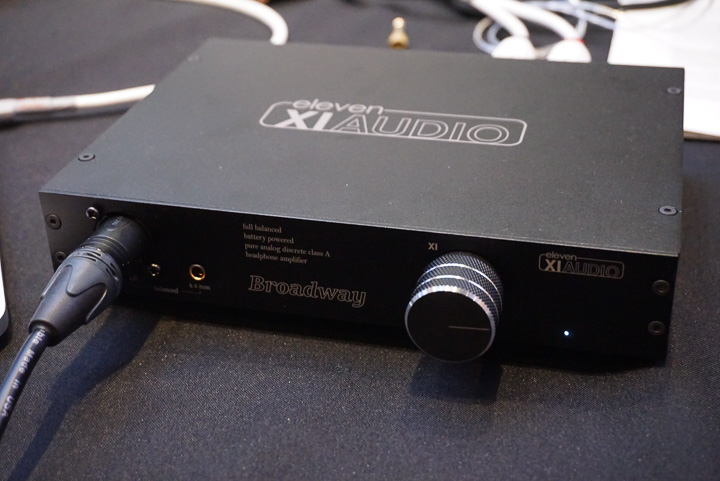 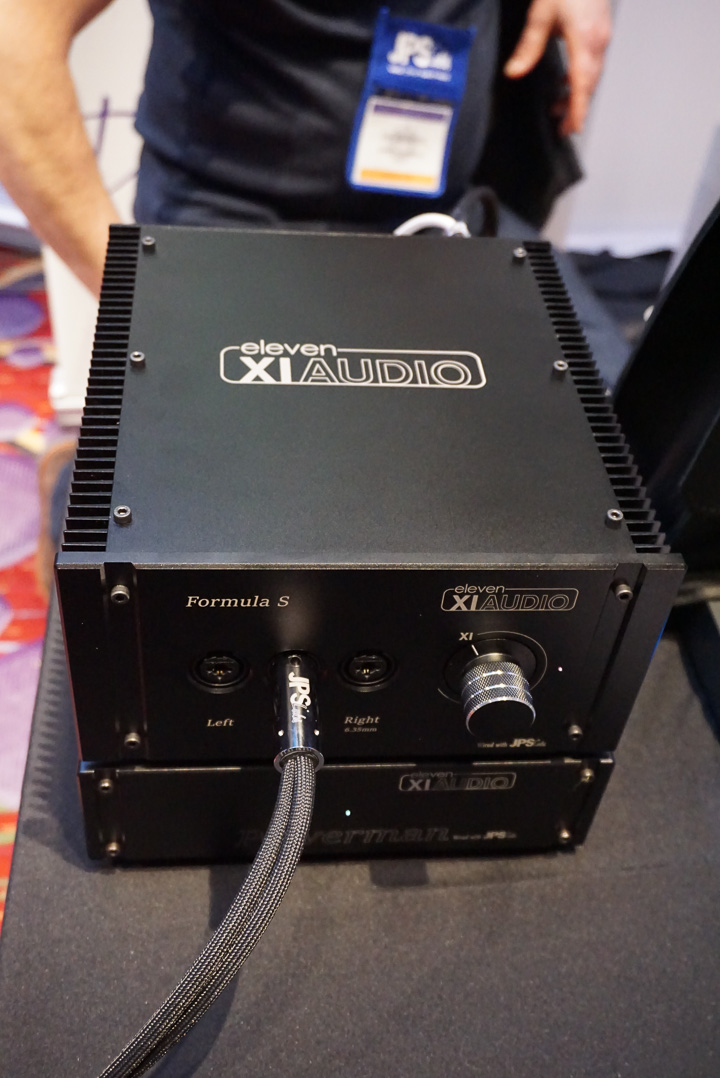 Then, as an option for the firm’s 2Wpc, pure Class A Formula S headphone amplifier ($3,499), XIAudio now offers a beefy outboard add-on power supply that sells for $2,000. XI Audio products are distributed in the US by JPS Labs/Abyss headphones and Abyss designer Joe Skubinski speaks very highly of the power supply-enhanced Formula S amp. 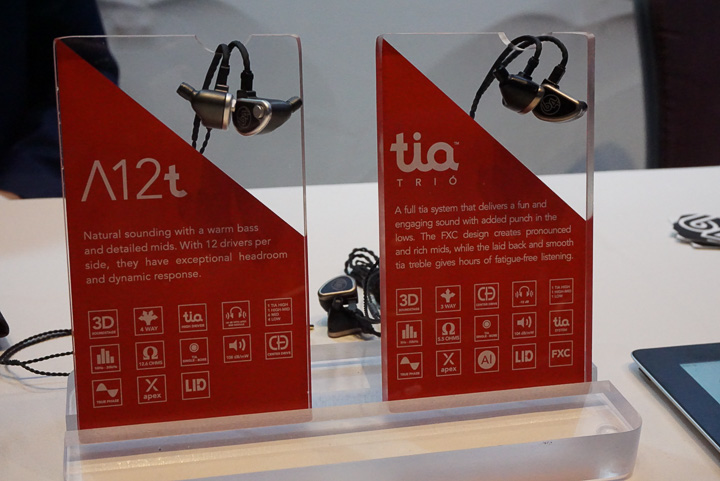 Over the past year and a half, 64 Audio has been developing new earphone designs that leverage the firm’s proprietary ‘tia’ (Tubeless In-Ear Audio) technology, which feature a new type of so-called ‘open balanced armature driver’ that do not use the fully enclosed canister-like enclosure or output bore tubes common to conventional balanced armature drivers. The result, says 64 Audio, are drivers that offer superior resolution and transparency while minimising unwanted vibration and resonance. 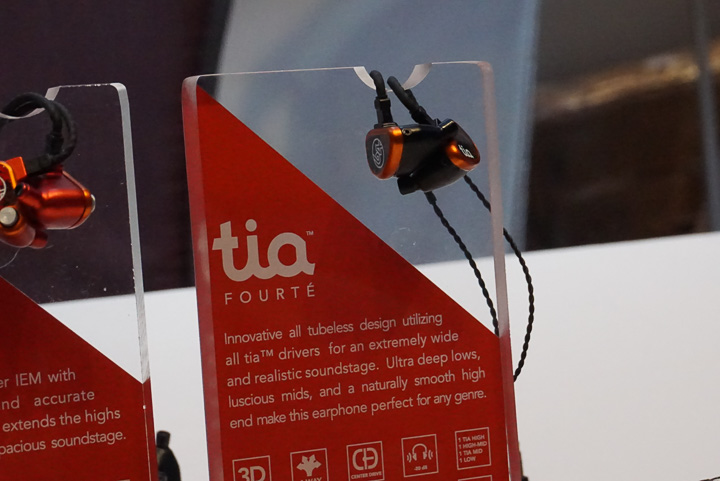 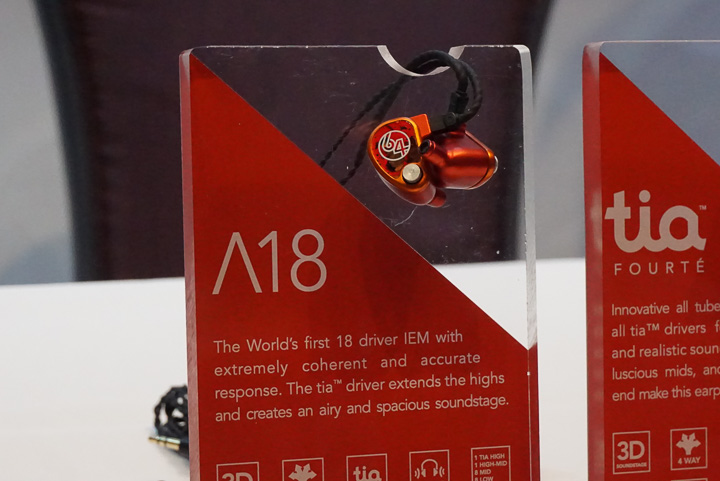 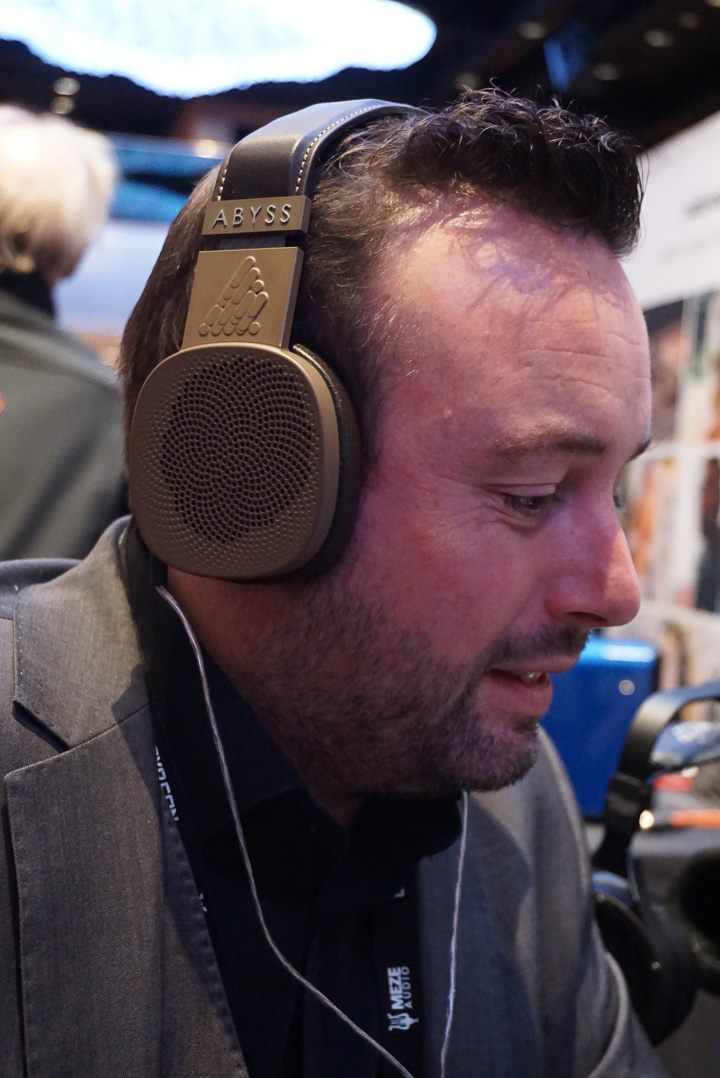 Abyss is best known for its excellent but also unorthodox flagship AB-1266 Phi Edition planar magnetic headphones, which sound terrific but whose angular frame design is controversial.  To address objections to the AB-1266 Phi Edition model, Abyss has been working to create a lighter, more conventional looking, yet still very high performance headphone called the Diana. At CanJam NYC, Abyss announced the full production release of the Diana ($2995), which has received a number of critical design changes along the way. As a result, the production Diana not only sounds better than early-generation prototypes did, but also is markedly more comfortable and fits a wider range of head sizes than before. ‘Nicely done, Abyss. 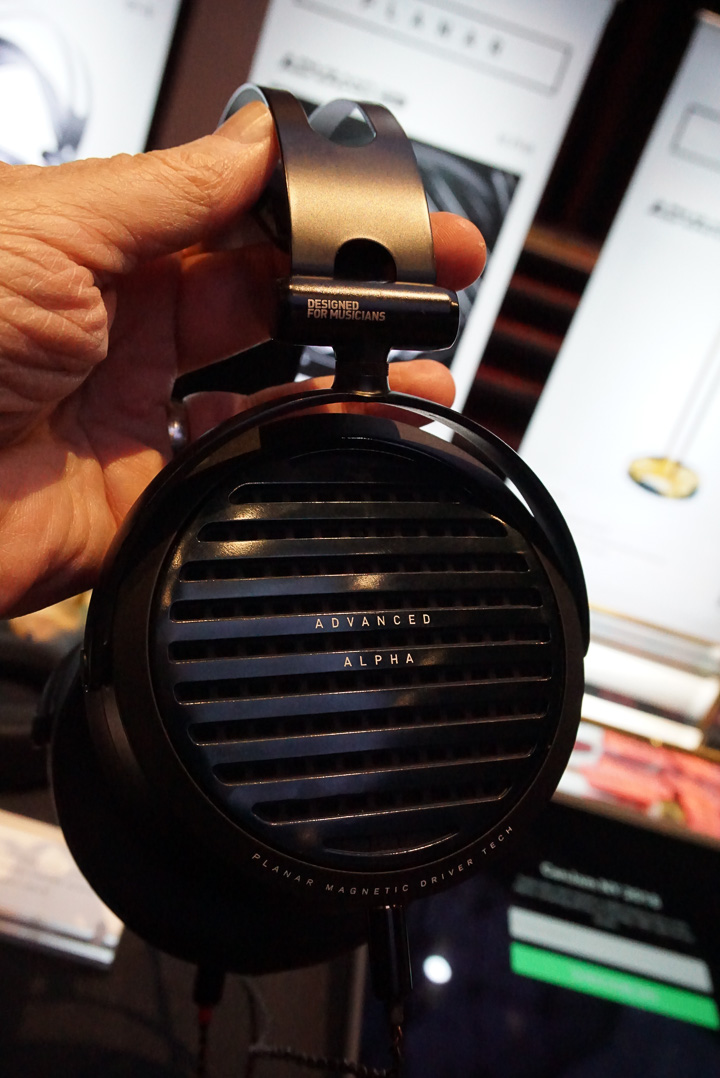 Following last summer’s CanJam London 2017 event, Hi-Fi+ Editor Alan Sircom commented favourably on headphones from a new company called Advanced (ADVSOUND Inc.), which specializes in development of high-value/high-performance planar magnetic headphones and hybrid balanced-armature/dynamic driver-equipped earphones. A fine case in point would be the now-released-for production Advanced Alpha open-back planar magnetic headphones, which sell for a moderate $499. The Alphas sport single-sided planar magnetic drivers with 96mm diaphragms made of a silicone composite and come with a useful set of accessories included dual sets of ear pads and signal cables. Frankly, everything about the Alphas—sound, ergonomics, and self-evident build quality—suggests they might cost more than they actually do. Hence, the Advanced Alpha should be a very strong candidate for top honours in the keenly contested $400 – $500 headphone class. 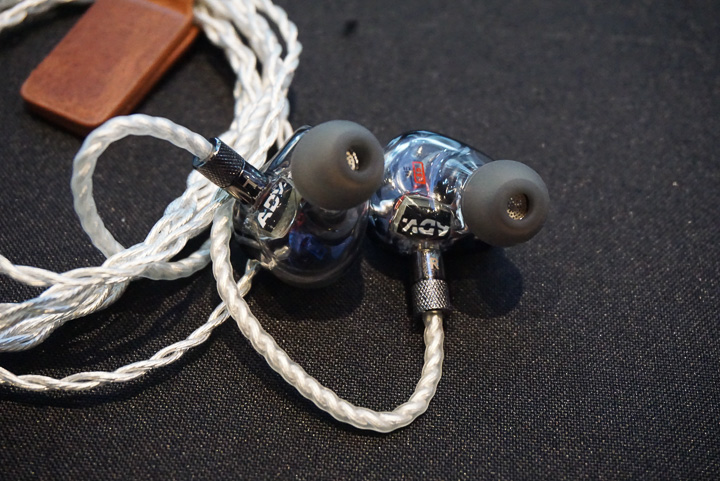 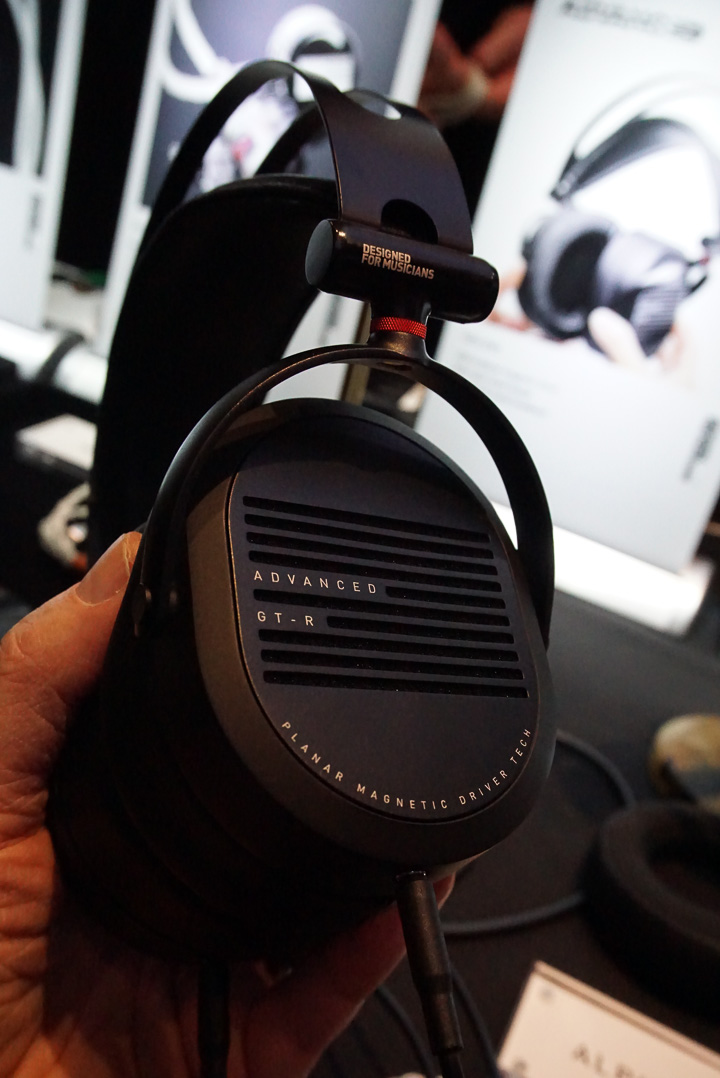 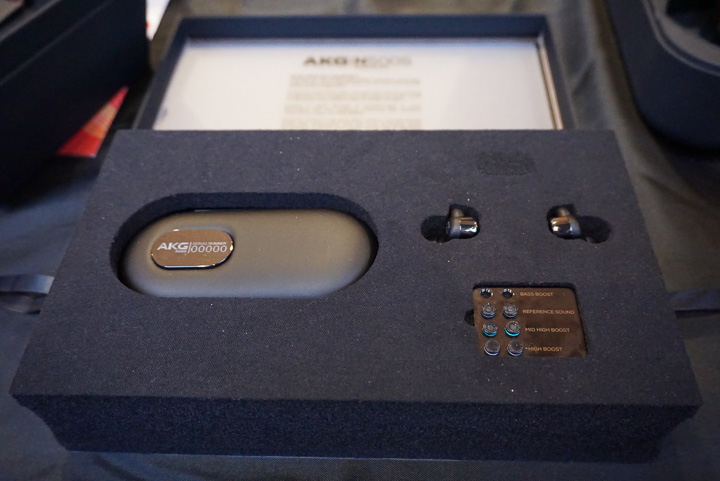 Not so very long ago the Austrian firm AKG wowed listeners with its very impressive (and very expensive) K3003 universal-fit earphone and now the company has replaced its venerable flagship with a new model: the N5005 earphone that will sell for $999. Unlike the original K3003, the N5005 is a Bluetooth capable earphone that uses the combination of four balanced armature-type drivers plus a single dynamic driver. Like the K3003, however, the N5005 comes with a downright sumptuous collection of accessories, as the accompanying photos will show. 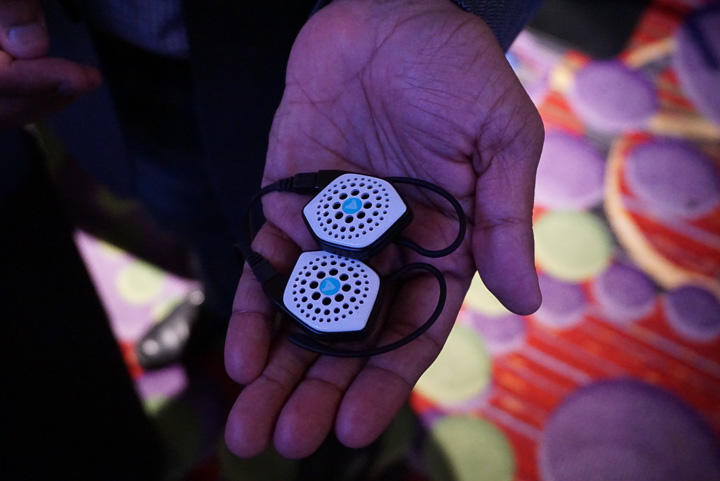 Full-size planar magnetic headphones are the devices that put the California-based firm Audeze on the audio map, but of later it’s the firm’s ingenious and arguably revolutionary iSINE-series earphones that have been garnering the lion’s share of attention—and for all the right reasons. One small ‘catch’, though, is that until now even the least expensive iSINE model (the iSINE 10) carried an MSRP of about $399: not an astronomical sum for the quality on offer, but still a price too high to be welcoming to newcomers. All that has changed, however, with the advent of Audeze’s new iSINE LX planar magnetic earphone, which sells for $199. Suddenly, the entry price to access planar magnetic sound quality has reached a manageable new point that should fit a very, very wide range of budgets. One point worth noting is that the iSINE LX—unlike Audeze’s iSINE 10, iSINE 20, and LCDi4—is not being offered with an optional Cipher cable with an inline, self-powered amp/DAC/DSP module. 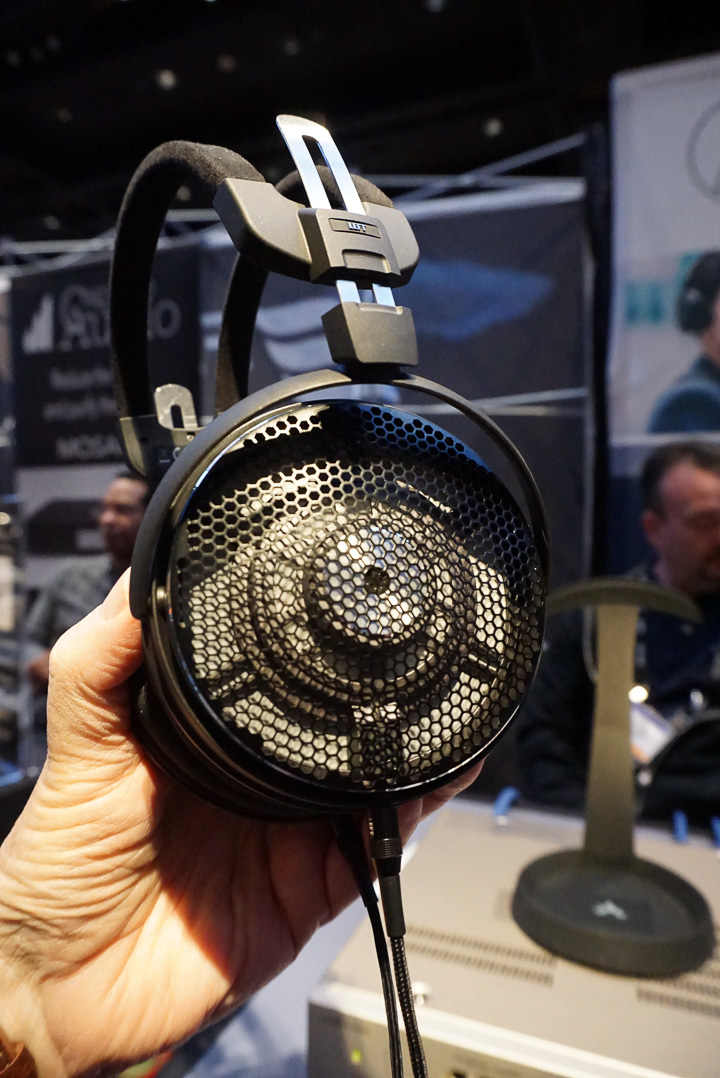 For CanJam NYC the Japanese firm Audio-Technica showed its most ambitious and unequivocally audiophile-orientated headphone to date: namely, the ATH-ADX5000 priced at $1,999. The ATH-ADX5000 is an open-back, dynamic driver-equipped headphone whose 58mm drive unit features a distinctive Tungsten-coated diaphragm. Moreover, the ATH-ADX5000 features an all-new frame design that is considerably different to the traditional ‘wing-support’ frames Audio-Technica has used in the past. Finally, the headphone’s signal cable features new A2DC connectors, which are rapidly gaining acceptance in the headphone marketplace.

The Serbian firm Auris Audio showed two very impressive headphone amplifiers, both of which were being demonstrated with HiFiMAN’s superb but very difficult to drive Susvara planar magnetic headphones. At the top of the range was Auris’ Headonia 2A3, which uses—no surprise here, 2A3-type output valves. The Headonia 2A3 puts out >3Wpc and features separate impedance selectors for each of its two output taps. Hence, users could conceivably run high impedance headphones (e.g., the 300-Ohm Sennheiser HD800) on one output jack and low impedance headphones (e.g., the 35-Ohm HiFiMAN HE1000v2) on the other output jack—both at the same time. In a brief listen, I was thorough impressed by the Headonia’s delicate yet high authoritative sound as it drove the HiFiMAN Susvara headphones on demonstration.

Also on demonstration from Auris was the HA2 SE headphone amplifier ($2000), which sports one ECC82 and four EL95 (or PL95) valves and that is capable of 1Wpc output. Unlike the Headonia, the HA2 SE offers only one headphone output jack, but nevertheless offers an output impedance selector optimised for 50/150/300/600-Ohm headphone loads. To my great surprise, the HA2 SE did a fine job with the HiFiMAN Susvara planar magnetic headphones, which is saying a mouthful when you consider how difficult the Susvara is to drive. In fact, I would say the HA2 SE is one of very few headphone amplifiers in its price class that can do a truly credible job with the Susvara (and presumably with other hard-to-drive headphones). 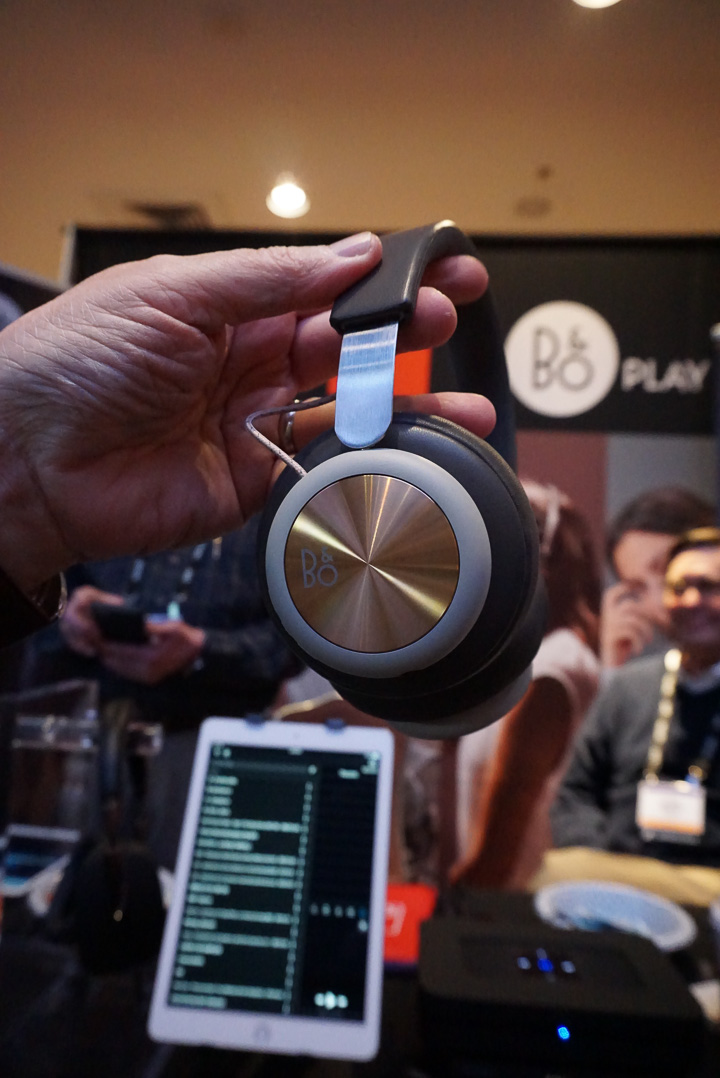 B&O Play headphones are distributed through Lenbrook (PSB, NAD, Blusound) in the US and accordingly the Lenbrook display featured not only headphones and earphones from PSB and NAD, but also two models from B7O Play: the H8i ($399) and the H4 ($299). The H8i is a Bluetooth enabled and automatic noise-cancelling equipped on-ear headphone, while the H4 is a wireless Bluetooth over the ear headphone. 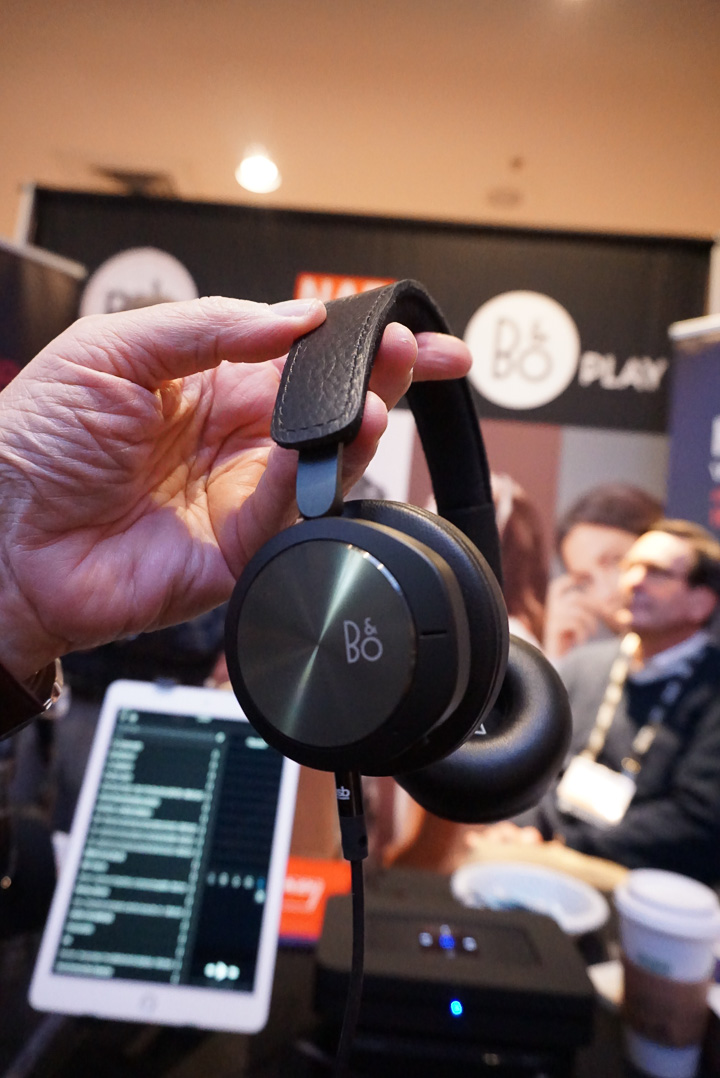 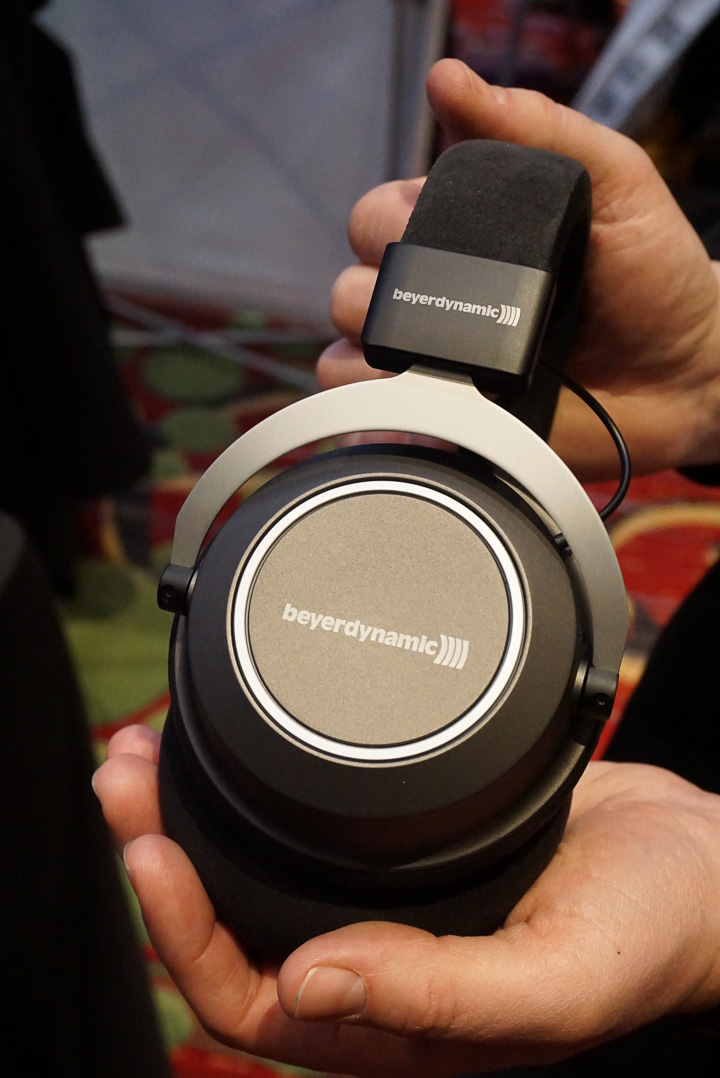 Beyerdynamic’s newest model as shown at CanJam NYC is the Amiron Wireless Bluetooth headphone with the firm’s signature MIY (Make-It-Yours) app, priced at $799. The MIY app, which can be used with a variety of other Beyerdynamic models is simply ingenious in that allows users to give themselves an app-driven hearing test through the headphones they plan to use, the result of which is the app preparing a customised, compensatory EQ curve unique to the user and headphone in question. Some manufacturers (for example, Even) have tried a similar approach, but with the test/EQ system built into the headphone. The beauty of the Beyerdynamic approach, however, is that it can be used by a number of different users and across a number of Beyerdynamic headphone and earphone models.