It’s been almost three years now since the Munich High End Show when the audio world discovered that Bowers & Wilkins had changed hands. Long-time owner Joe Atkins had sold to a Californian entrepreneur with a much more forward-thinking outlook. Of course, the nay-sayers sprang into life, although it can’t have been an easy time for them when the company expanded its R&D team and moved to a new facility last year. This wasn’t the plan; what happened to “Bowers & Wilkins will be a footnote in audio, and making Internet radios within a year”? I guess the torches and pitchforks will have to wait.

While nu-Bowers retains and continues to improve all three of its classic lines, a few months back, word got out that the ‘forward-thinking’ bit was starting to bear fruit, and the Formation suite is the result. Formation is the first wireless system that the company has produced entirely from first principles, and it’s said to be only the beginning. Formation launched with five products: the Wedge, which effectively replaces the Zeppelin portable; the Bar (as in sound-); the Bass subwoofer, and Duo stereo system. The fifth element is called Audio, an analogue interface that allows you to connect regular audio sources to a Formation system. Various things differentiate these products from others of the same ilk; for a start where more than one Formation device is used, and it’s heavily geared toward multi-room applications, a mesh wireless network is created to tie them together and transmit/receive signals at up to 24/96. As such, Formation doesn’t rely on the integrity of the existing network for all-important aspects like synchronisation; room to room this is one millisecond and between stereo speakers it’s a microsecond, which is fast. This is because the devices talk to one another directly rather than via a router as is the case with regular Wi-Fi. To achieve this degree of channel matching Formation speakers incorporate multiple ‘radios’ to talk to one another and to the access point (router) at different frequencies. They also have one for Bluetooth. 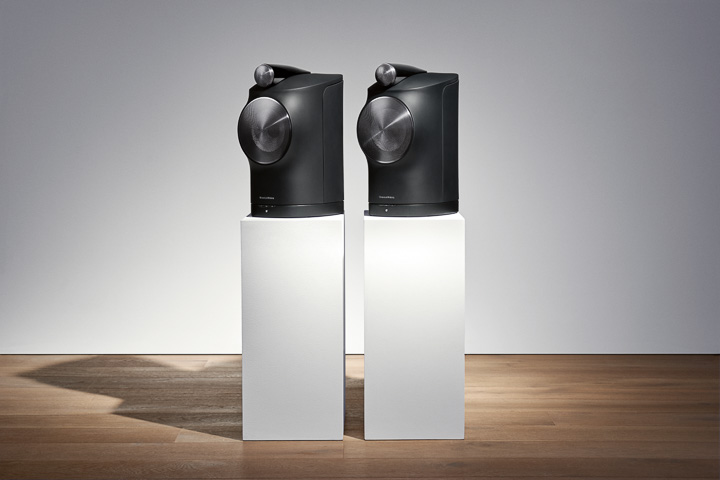 The Duo is the most ‘B&W’ of the Formation products in appearance at least, with a tweeter on top in its own enclosure and a curved front baffle, from which the mid/bass driver protrudes. However, there are significant differences between the Duo and the 705/805 models it looks like. For a start, this is the first infinite baffle (sealed box) active stereo loudspeaker from the company. The presence of two 125 Watt digital amplifiers and DSP means that bass tuning can be done without a port. This gives Duo a more contemporary appearance and allows closer to wall positioning – there is a basic bass and treble tone control in the Formation app, too. The cabinet is made from Formi, a hybrid of polypropylene and wood fibre; the latter provides strength and damping, says B&W, and of course allows for freedom of form. They chose this over more typical speaker cabinet materials because of the need for wireless communication, which can be blocked by wood alone. There is a matrix structure within the cabinet to provide stiffness, very much in the spirit of classic Bowers & Wilkins designs.

The drivers were taken from the two models previously mentioned. The tweeter is a carbon dome from the 700 series and the mid/bass has a Continuum cone from the 800 series – or essentially from the 805D, as it’s the only two-way in that range.

Duo is a particularly attractive speaker even before you consider that you don’t need any other equipment to be visible in the room, and the finish doesn’t have any sense of the plastic about it despite its constituents. The amplifier and DAC are in the base, where there are controls for play/pause and volume up/down on the front, alongside a status light that remains off once the system is set up. There’s no on/off switch; power switching is done automatically, with the only indication of status being the temperature of the metal base.

You can connect to Formation speakers via Bluetooth, Airplay, and even Ethernet alongside its own mesh system. This last allows you to pull data from locally stored or cloud based services. The only operational consideration is that at present you need Roon in order to use the latter two sources. The Formation app is currently only designed for set up. I suspect that Bowers will incorporate playback control into their own app in due course.

Set up was not without its hiccups. Getting the system to a point where I could tell it which channel was which required a bit of patience and it took a few reboots of Formation units, router, and the Roon core in an Innuos ZENith server to get things running smoothly. The Audio box was originally set up as the controller but the system worked more smoothly when control was handed over to the Duos. However, Audio does sounds rather good; I got excellent results with vinyl, possibly because with this source there is a direct connection to the Audio box, which is part of the mesh network. You can make a direct Ethernet connection to both Audio and Duo though, and that brought about a small but worthwhile improvement in timing.

Most of my listening was done conventionally, with the only wires involved being the power leads that are neatly routed through attractively sculpted optional stands. No speaker is truly wireless of course and you could argue that a slimline speaker cable is just as discrete as a power lead. What that discounts however is that with Formation products you don’t need any other hardware; the speaker contains the wireless streamer/DAC, amplifier, and drive units. A regular system requires at least one other piece of electronics.

The Duo’s sound quality is quite unlike any other Bowers & Wilkins speaker I have tried. This is presumably as much to do with the sealed nature of the cabinet and the on-board electronics as it is with the wireless connection. They have remarkable bass extension and an articulate and revealing presentation that remains coherent even at high levels. There is also a solidity to the sound, which makes them sound a little ‘shut in’ at times. However, Bowers & Wilkins creates a loudspeaker of great detail and resolution, even if they are not as open sounding as its other lines. Regardless, the lower frequencies are remarkably articulate and extremely well extended. Some familiar tracks revealed far deeper bass than usual, and a lot deeper than a regular speaker of this size can usually manage. This bass depth is extremely attractive and presumably reflects the extra control afforded by active operation. I recall asking Bowers & Wilkins for an active 802 many years back and got the answer that such things were not commercial; perhaps now that they have done the work this dream might be realised. 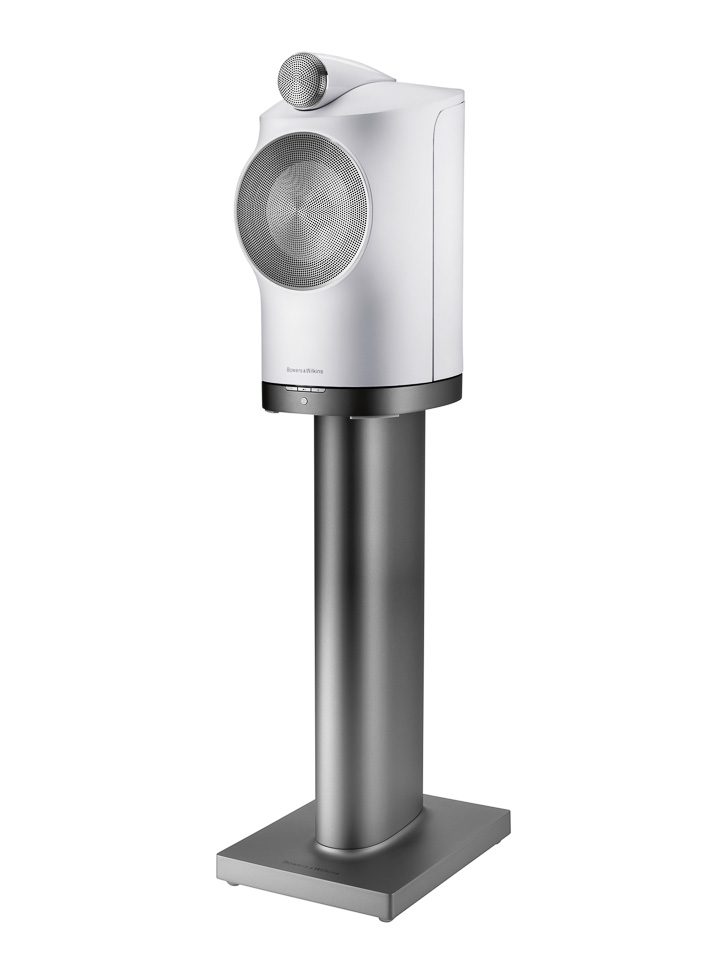 The Duo is an engaging and enjoyable loudspeaker. It doesn’t ‘time’ as well as a good conventional streaming system of the same price but it goes deeper and plays at higher levels with less distortion than most. But that isn’t the point of Formation, which in Duo/Audio form is a serious sound system with the benefits of wireless operation that offers great flexibility of input and, with Roon availability, ease of control. I think it will be more universally appealing when the Formation app can be used for all streaming operations, but even as it stands, this is a very attractive proposition for the modern music lover.

Digital Inputs: One TOSLink, one ethernet (via RJ45), WiFi

Munich, Coronavirus, and you…