Victoria Station to Ealing Broadway, on the District Line of the London Underground. At around 9:15 on the evening of Thursday 23rd August, 2018. That was the precise moment I understood why the AKG N5005 is thehigh-end earphone for today. And it’s not just because it sounds excellent. 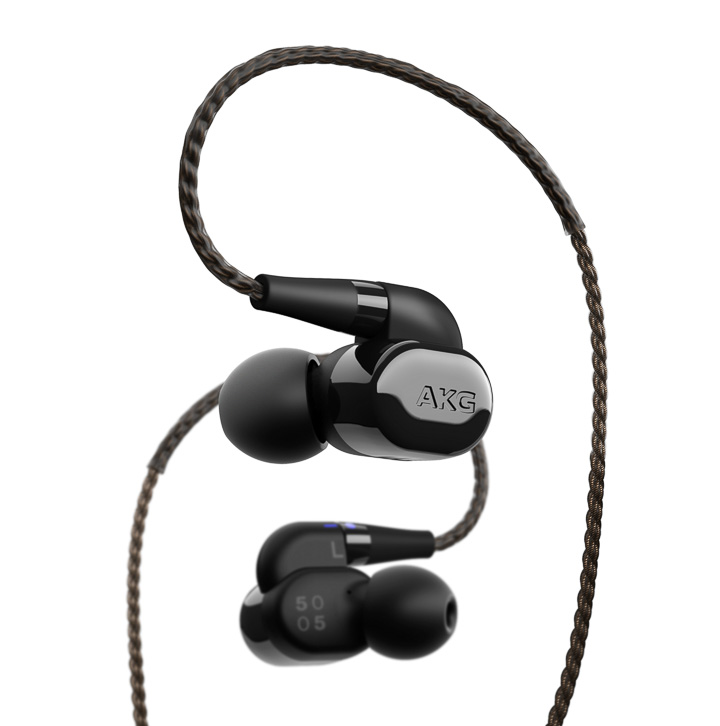 You see, on that particular moment, I was on a train half full of people, the majority of whom were wearing headphones or earphones. Some of these headphones and earphones were quite expensive, although probably not N5005 expensive. Some were noise cancellers, some were deep-dive earphones used to drown out the clatter of new trains on very old tracks. And as I looked casually from listener to listener, one thing jumped to my attention… only one of them was using a cord between phone and headset. Not one of them was using anything apart from a phone or a tablet, either… Although Digital Audio Players sound like a great idea to the audio cognoscenti, in the neon-lit reality that is the Tube train, they don’t exist.

This might be a sweeping generalisation (drawn from watching people on a train carriage) but such observations on trains and ‘planes around the world shows a correlation. That correlation means that high-end personal audio faces something of a crisis that AKG resolved in the N5005’s box. Because, in the comprehensive package of AKG’s top earphone sits a Bluetooth receiver of pretty good quality. Despite our love for devices like the excellent Chord Mojo and Hugo portable DAC/headphone amp/streamer, I think too many of today’s listeners rely on their phones and – regardless of how good the headphone or earphone – if a product relies solely on a wired solution, prospective buyers will smile sweetly and pass buy. That’s how fast things have changed in the real world of personal audio, and AKG jumped the right way! 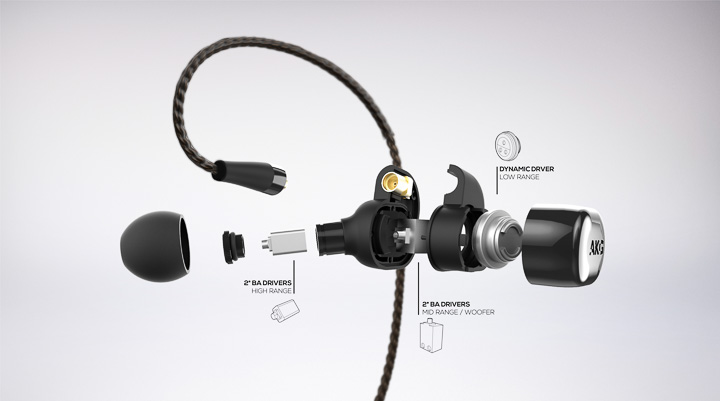 Setting aside the Bluetooth device and staying with ‘legacy’ cable (hey pigeons… meet the cat!), the AKG N5005 is a formidable piece of earphone engineering, set in one of the most comprehensive packages in audio. If there is such a thing as tyranny of choice, the AKG N5005 box gets close.

There are seven sets of ear-tips as standard (and there are also Comply tips – not supplied – that provide even greater levels of rigidity of insertion), a de-gunking tool, a 3.5mm standard braided cable, a 2.5mm balanced braided cable, the aforementioned Bluetooth adaptor (eight hours play, two hours charge), the two-pin in-flight adaptor for in-flight systems that haven’t been in use for the last 25 years, a small shell case to carry everything in, and a set of three different filters to gently shape the sound of the N5005. Phew!

The earphone system itself is equally comprehensive, in that it’s a hybrid system that combines a 9.2mm dynamic driver for the bass that sits closer to the outer ceramic section of the earphone, coupled with a four-driver balanced armature array for the mids and highs. After that five-driver system comes the easy to drop-in quartet of filters to tune the sound to your tastes. As standard, the N5005 is fitted with the grey-ringed ‘Reference’ filters, and a supplied card includes a pair each of the black ‘bass boost’, green ‘mid high boost’, and white-ringed ‘high boost’ filters. The most aggressive of the four is the bass boost, the rest being mild variations on a theme. I liked the ‘reference’ and ‘mid high’ filters as they seemed to work extremely well with voices and the mid-high just gave a touch more presence. Even the ‘high boost’ was comparatively mild, and this should be applauded; there is a temptation in many earphone systems to show off just how much detail balanced armatures can resolve by throwing detail at your ears in an unrelenting manner. Even at it’s most forward, the N5005 doesn’t push too far, and that restraint deserves praise. As does the fact the filters are easy to install (some models require the dexterity of a Jimi Hendrix and needle-width fingers to swap out their filters – not so, AKG!). Similarly, the interchangeable cables are easy to switch, but not so easy they fall out. Their over-ear design also helps keep the 11.4g earphone in place.

There are two observations about using the N5005. First, make damn sure you are using the right tips, and don’t be afraid of making the jump to Comply or even experimenting well beyond the norm. With most earphones the difference between tips is a comfort issue, but here it’s the difference between a reasonably OK sounding earphone and ‘wow, that is the best earphone I have ever heard.’ Secondly, although the N5005 is more than efficient enough to be driven by the output of any phone that still has a headphone socket, don’t do it. This earphone demands quality, and quantity when it comes to amps. It’s deceptively demanding.

Observe those two conditions and you are left with one of the best non-custom earphones money can buy. With the right seal from the correct tips, the bass is deep, authoritative, stentorian, and yet incredibly well controlled. And that’s without the bass boost. OK, so without the boost, the N5005 is more about clean depth and texture, and with the boost in place it’s more about weight and slam, but for most audio enthusiasts, the Reference filter has more than enough weight and also has the perfect balance. 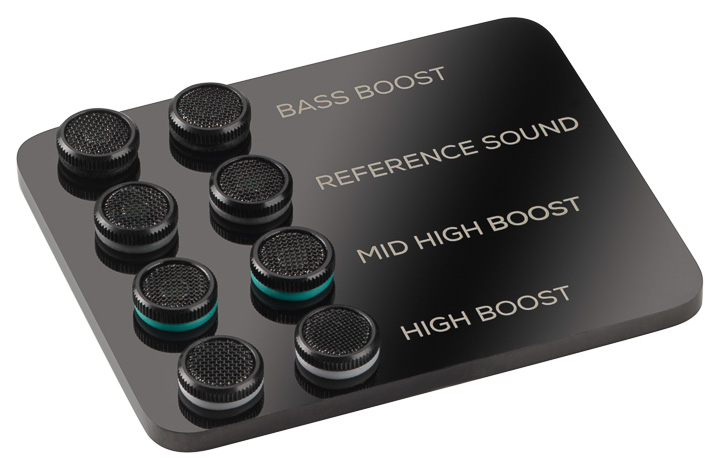 Midrange, meanwhile, is lithe and liquid regardless of filter. It’s incredibly detailed and insightful, with the kind of undistorted, accurate vocals that make it sound like you took two or three steps out of the recording process making you closer to the studio. This is ‘pure as the driven snow’ clean, and with a very pure female vocal, such as Feist singing ‘Mushaboom’ from her 2004 Let It Diealbum [Polydor], and you quickly get past the fact it was overplayed at the time and she unwittingly spawned a generation of breathy songstresses with meaningless cover versions. Instead, you hear into the vocals and enjoy the music as if new.

The high frequencies start out a little forward, but soon run in. The Reference filter is, to my mind, the best balance here and it makes the most noticeable difference, but even the high boost filter doesn’t make the N5005 aggressive; rather, just brings back that forwardness. Otherwise, the N5005 has an effortless, almost valve-like tonality and insight into the treble. It’s extended way up into the bat-eared territory, but without harsheness, just with accuracy and honesty. This can be a double-edged sword with some more compressed and pinched-sounding recordings from the early part of this century, but even here I find that intrinsic honesty alluring, except with the most strident and compressed of sounds. In fairness, however, I find those albums (Metallica’s Death Magneticfor example) almost unlistenable no matter what system is being played, so while it doesn’t make a silk purse out of a sow’s ear, neither should the AKG N5005 be criticised for making a sow’s ear out of a sow’s ear!

The overall imaging of the earphones is surprisingly good, given they are earphones and not electrostatic headphones or similar. There is always going to be a significant amount of lateralisation (projecting sounds inside your head instead of the space around you), but the effect is mitigated somewhat by the overarching sense of naturalness to the sound, which gives the listener the distinct impression they are not listening to an electronic device. As this was Proms season, I had the chance to listen to a live binaural recording on BBC Radio Three, and that really showed just how good the AKG N5005’s performance is in this soundstaging respect. It sounded uncannily like the real thing, and made me immediately wish for more dummy head recordings (I drank deep from the Chasing The Dragon catalogue as a result).

Comparisons are interesting, as I put this up against two known benchmarks: the Sennheiser IE800 and the Noble Audio Katana universal fit. The IE800 was perhaps the most coherent of the three, but lacked the extension and dynamism of the AKG, while the Katana went in the other direction; incredible neutrality, but not as deft as the AKG. They really are that good! 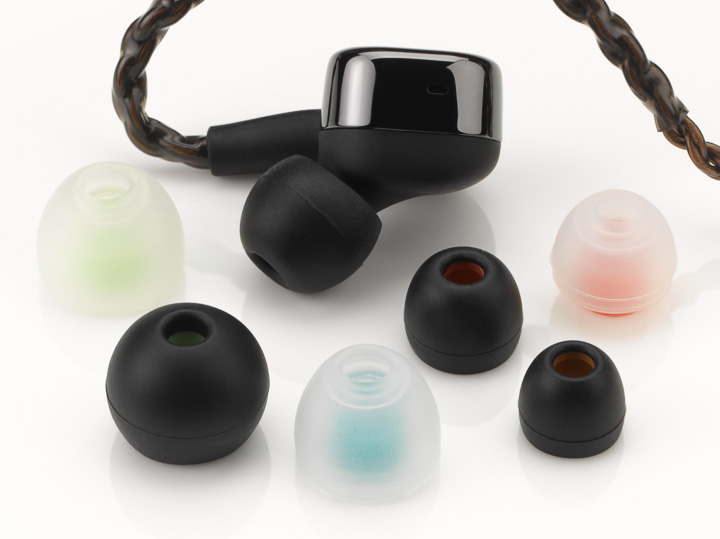 Theatre critics have a cliché phrase that’s used for many hits – “Kill to get a ticket!” I’m not a big fan of this phrase as I’m fairly convinced that sooner or later someone will take this as a command in our insane world and start opening fire in a box office. But the sentiment fits. The AKG N5005 – Kill to get a set!

WIN! A VIP tour of the Linn Products factory