Run by the Croatian hifimedia magazine, the Zagreb AV Show is one of the secret regular fixtures on the audio calendar. In its 23rd year, this is a comparatively small show, reflecting both the size of the Croatian audio market and that of the population of Croatia itself, but no less full of passion and energy. The show itself may take up just one floor of the Zagreb Sheraton, but the array of good products (both locally grown and internationally well-known) was impressive. And while there were few new product launches at the show, this was all about quality rather than novelty.

There are a couple of difficulties that emerge in any local show. The first is the language barrier – technical details surrounding products are sometimes difficult to garner when you have so few words in common that representative and journalist have to resort to sign language, and the potential for transmission errors in translating a price from Kuna via Euro into Dollars or Pounds can make accurate pricing impossible. 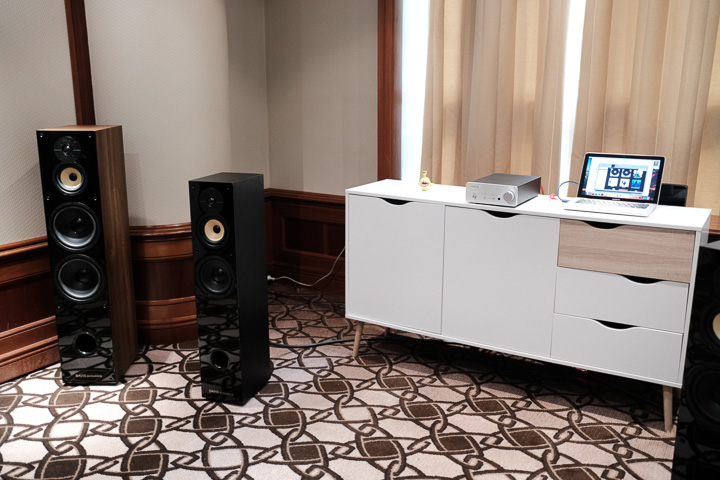 Audio Centar ran a Anglo-French system comprising an Exposure XM5 integrated amplifier driving a pair of Davis Acoustics Balthus 90 floorstanders. The source was a computer, and this diminutive system was nonetheless more than capable of delivering a very fine sound, without breaking the bank. 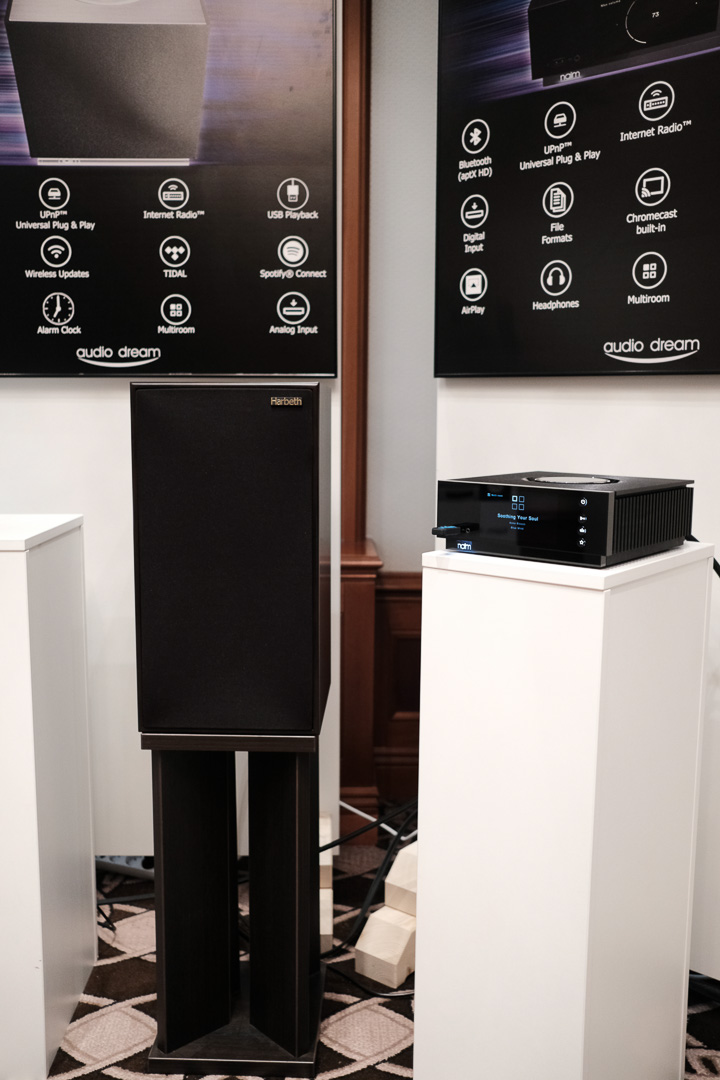 Several well-known British products were on demonstration in the Audio Dream room, with models from Harbeth, Naim Audio, and Rega, as well as a lovely sounding pair of Ryan loudspeakers from California. A pair of Harbeth Compact 7ES-3 loudspeakers being driven by a Naim Uniti Atom integrated amplifier also made some extremely good sounds. 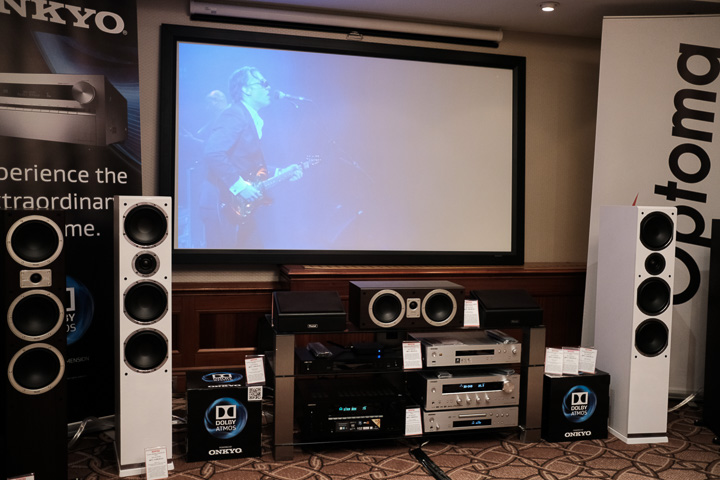 Unlike many US and UK shows, there seems to be less of a division between stereo and multichannel, and the two sit comfortably side-by-side. In the Chipoteka room, this meant Onkyo’s C-7030 CD player and TX-8270 stereo receiver, into a pair of Magnat Shadow 207 floorstanders, with multichannel use being handed over to Onkyo’s AV components and Magnat’s Tempus series. 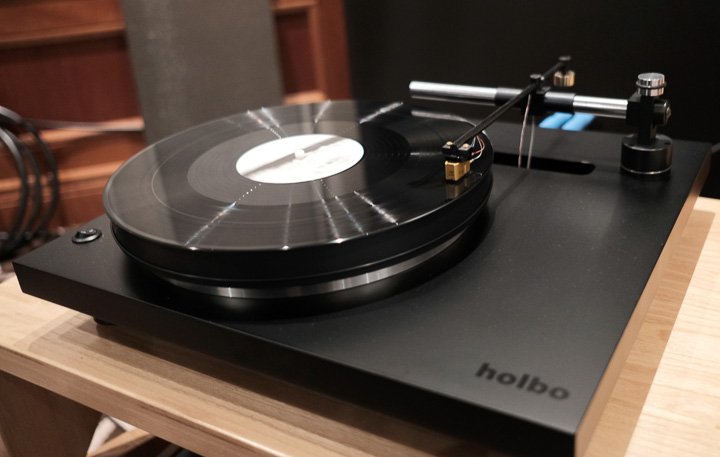 One of the most exciting products at the show was the new Holbo turntable, from neighbouring Slovenia. This deck with airbearing 5kg aluminium platter and integral linear tracking tangential airbearing tonearm is packed full of clever innovations (such as the ability to adjust VTA on the fly) and the deck itself is little more than the size of a Rega. The Holbo is said to have taken more than two years to design, is in the final stages of certification, and is expected to cost around €5,000 when it is finally launched at the end of this year. 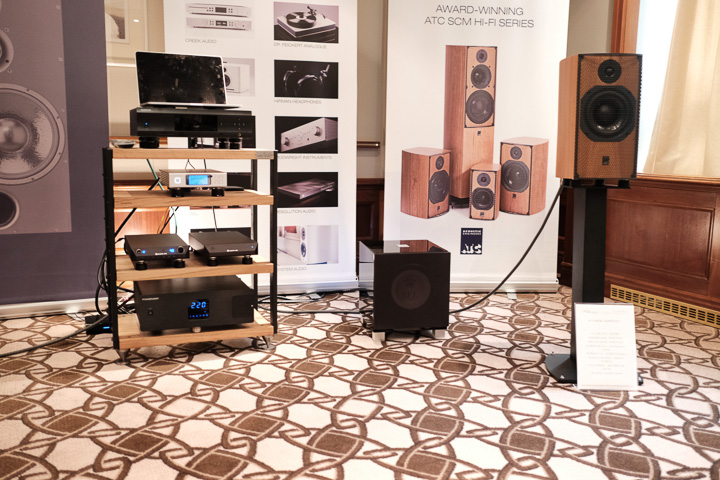 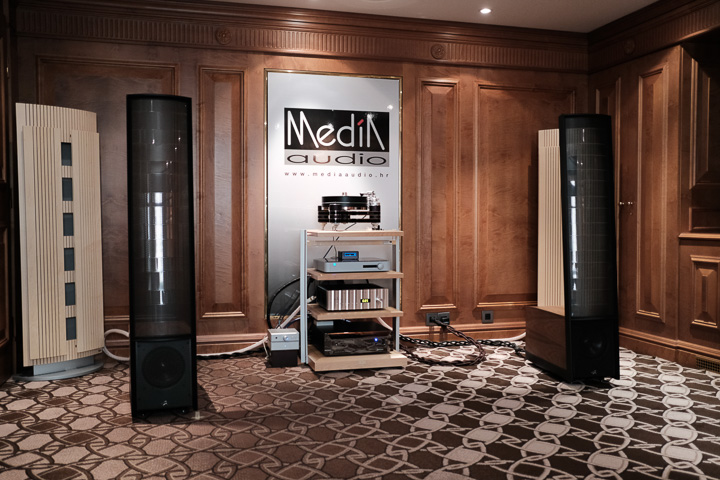 MediaAudio is probably the most ‘high-end’ of distributors in its outlook and product portfolio, although distributing high-end audio in Croatia also means distributing more attainable brands like Pro-Ject and JBL’s range of headphones and wireless speakers. The company’s demonstration was given over to its high-end ranges, featuring a Clearaudio Innovation turntable and PS Audio DirectStream Jr DAC, into a Jeff Rowland Continuum S2 integrated amplifier, all resting on a Finite Elemente rack, into a pair of MartinLogan Impression 11A electrostatic loudspeakers. The cables – by AudioQuest and Cardas – included an exclusive sneak peak of the new Thunder and Hurricane power cords by AudioQuest. 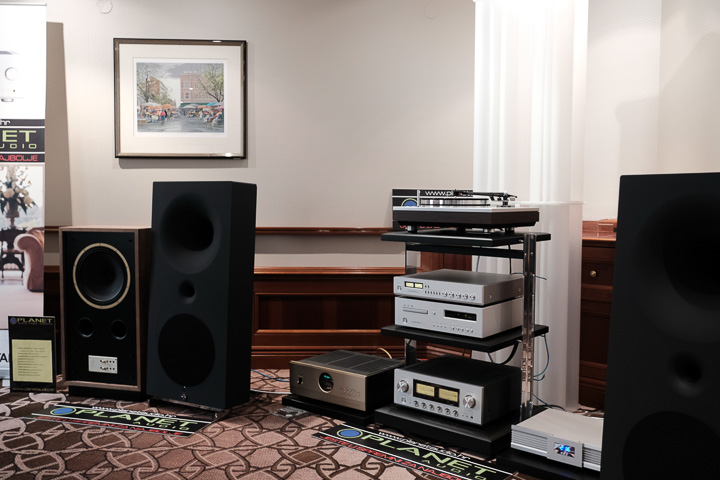 Planet Audio Video put together a very elegant-sounding system of the old school, comprising Luxman turntable, and phono stage, CD/SACD player, and integrated amplifier into either Tannoy Cheviot Legacy loudspeakers or the horn-loaded Avantgarde Zero TA semi-active designs, using a combination active/passive power conditioning with Accuphase and IsoTek. This was one of the most effortless and comfortable sounds at the show. 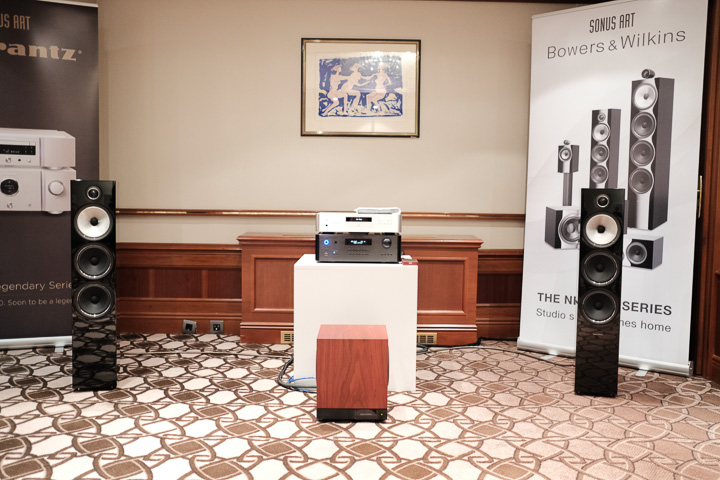 Ubiq Audio is another Slovenian brand, making the highly respected Model One loudspeaker. Unfortunately, the thin dividing walls of the hotel conference rooms were working against a full-range, very dynamic loudspeaker design, so instead the company took the opportunity to showcase both its new hybrid integrated amplifier, and examples of streamer, preamp, and power amplifiers from DIY darling First One, all playing through Kaiser standmounts.

The Croatian audio/videophile market might have joined forces, but the headphonista revolution has not reached Zagreb yet. The headphone display was largely at best a little perfunctory, with a single table of Audeze and Fostex headphones being played through Astell & Kern electronics. The €800 Red Head amplifier by local brand Electron Audio was the exception to prove the rule. This output-transformerless design, using Electron’s own hybrid Mirror Triode circuit, gives a very wide bandwidth performance without living up to the ‘tube-eating’ reputation of traditional OTL designs. The company also showed its 200W into 8 ohm, Mac Mini sized ION power amplifier.