T+A Elektroakustic is one of those incredibly well-known German audio brands that typifies the ‘silo’ thinking that dominates some parts of the audio world. To most, the brand makes electronics and nothing else. Some might know it as a maker of loudspeakers and a few might recall it even makes a turntable. Now, with its Solitaire P headphone system and the HA 200 headphone amplifier, the brand can and should be recognised as a ‘nose-to-tail’/’soup-to-nuts’ company. And in setting out its store this way, it chose to enter the personal audio space at the very top of the tree; both its Solitaire P planar-magnetic headphones and the HA 200 headphone DAC/amplifier are true cost-no-object designs.

Starting with the Solitaire P, once you get past the impressive presentation case you are met by a very high-grade pair of open-backed planar magnetic headphones, with the sort of luxurious feel top-end German tech is so good at doing. The headphones have that classic slightly back-swept oval over-ear cup and headband appeal of popular Sennheiser and HiFiMAN models, with a strong accent on ‘understated luxury’. OK, so a cup milled from a solid 35mm thick billet of aluminium that takes an hour to mill, and the synthetic leather ear and head cushions both match and manage to feel ‘right’ even after a lengthy listening session in humid London summer conditions, take ‘understated luxury’ and run with the concept, but you get the drift. This is the real deal. 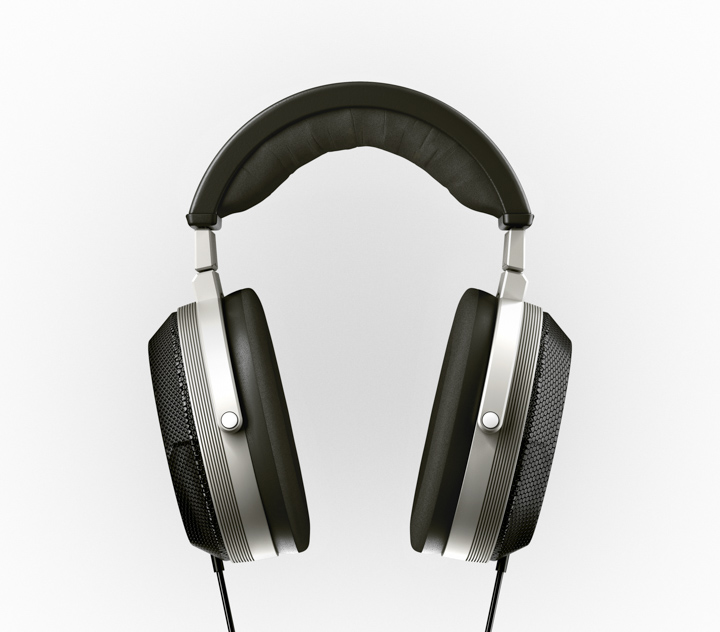 Planar drive units are not a new thing for T+A; the company first used a planar-electrostatic driver in its active Solitaire OEC loudspeaker from 1983, and that echoes to this day in the trio of Solitaire CWT range-toppers. However, in the Solitaire P headphones, the company went for a planar-magnetic design. Having those years of working with planar transducers helped T+A produce a transducer that addresses some of the planar-magnetic’s main limitations – low efficiency, low impedance and comparatively high mass.

Meanwhile the HA 200 is a high performance combination DAC and headphone amplifier that is built to T+A’s extraordinarily high standards, and capable of both balanced and single-ended use (and, in fact, multiple headphone use at the same time). It’s not a mandatory inclusion for use with the Solitaire P, but the two go together so well it’s almost churlish to think of them apart. This features T+A’s unique True 1-bit DAC architecture, which can handle 32bit, 768kHz PCM and DSD1024 precision.

The overall look and feel of the HA 200 echoes both that exceptional build quality seen in the Solitaire P and the no-nonsense industrial design of T+A’s successful E-Series audio electronics. It features a combination of USB, S/PDIF and AES/EBU inputs (including BNC links) alongside HDMI digital pathways. Ethernet or wireless network streaming are not included, however, but the DAC is otherwise comprehensively put together and specified to play the long game. It’s also extremely configurable, with filter options, trim and impedance settings to fine-tune both the digital conversion and headphone matching. It’s worth putting in the time up front in both filter choices and impedance matching, even if the HA 200’s default setting is the optimum for the Solitaire P. The combination of VU meters and the informative front panel display both aid this set-up process and also add to the overall visual presentation; if anything, there’s a sense of ‘information overload’, but once set, the display is first rate. A small, chunky remote is also provided. 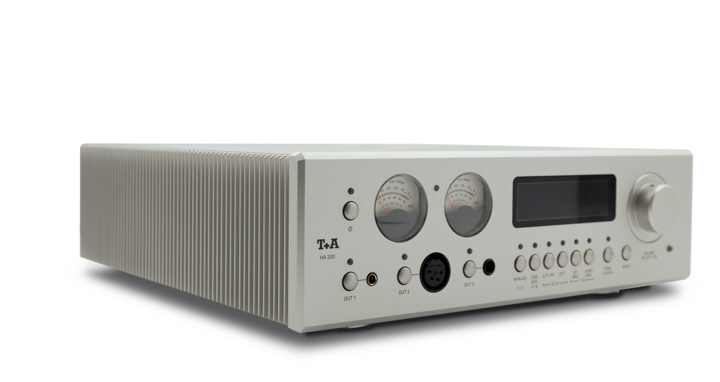 The quality of build in both products is ably matched by the sonic performance, as both exude an understated authority over the sound. It’s precise and controlled, but not buttoned up so tightly that music fails to shine. This is a delicate and clever balance, that represents something of a balance point between the refinement of something like Stax and the excitement of the best Focal options. The great part in saying that is it means the T+A combination carves out its own top-end niche and in the process extends the sonic options for the well-heeled personal audio enthusiast. I find that so much better than simply having a sound that (whether by accident or design) replicates the performance of one of the other grandmasters of the craft.

So where precisely do the pair fit? The HA 200 is the easiest of the two to place as it’s smack in the middle of ‘neutral’. If you move through a selection of dynamic and planar magnetic headphones and earphones (including an aging but still viable and difficult to drive pair of HiFiMAN HE500 and numerous mid-to-upper echelon AKG, AudioTechnica and Sennheiser designs), the T+A headphone amp/DAC sails through the test, bringing out the best of each and showing the sometimes subtle differences between each model with ease. This can be a revelation, and not always in a good way; designs I had hitherto thought excellent unveiled minor transgressions in frequency response and detail. Despite this, I don’t think the HA 200 is overly analytical, just capable of showing you precisely what your headphones are able to deliver.

Of course, such a high bar in electronics means the Solitaire P have nowhere to hide. Fortunately, they need nowhere to hide, either, as they muster a sound of such detail retrieval and spatial information without any of the fatigue that is associated with highly detailed performances that you are simply drawn into the music, whatever music you play through the system. It’s difficult to define that sound because it seems so intrinsically ‘right’, but it’s easily summed up – the best!

There’s not much missing here. I’d like an analogue line output from the HA 200, so it can be used as a digital hub in its own right. The absence of streaming is less of a concern in personal audio, because the implication is wherever your headphones are, that’s where your computer is, and your computer takes on the whole streaming role.

The T+A combination isn’t the Rolls Royce of personal audio; it’s the Maybach of headphone listening enjoyment. It’s every bit as refined and a lot less ‘bling’ than the latest Rollers and much more in line with the outrageously well-made Mercedes for those whom the S-Class is not enough.

Noble partners with KS Distribution in the UK and Germany to increase brand awareness across Europe.