The third item in this bundle is the TX-USB Ultra SE, this is a regenerator or reclocker for signals on a USB connection and sits between the SMS-200 Ultra Neo SE streamer and your DAC. There are a few of these on the market from iFi and Innuos among others and they focus on removing jitter from the signal and the better examples can be remarkably beneficial. This SOtM has the same clock inside as the partnering streamer, which would seem to be an unnecessary doubling up but the benefits are clearly audible. It has a single USB input and two outputs though I’m not sure what the second output could be used for. You can order this unit with a master clock connector as well and SOtM makes a rubidium clock for this purpose.

SOtM recommends the mConnect control software for its streamers and fortunately there is a ‘lite’ version of this app you can get free; it’s not the prettiest of control apps but once you get the hang of it operation is pretty straightforward. It’s possible to access the TIDAL and Qobuz streaming services as well as servers on the cloud and locally, most of the material used came from a Melco N1A EX server hardwired into the SMS-200 Ultra Neo SE. I used my regular USB cable between that and the TX-USB Ultra SE and the cable supplied in the box out to the DAC, which was mostly an AURALiC VEGA 2.1 but included an iFi Pro iDSD.

What strikes you first and foremost about the sound this combo produces is a sense of speed. With their pared-down features sets, these devices are built a bit like track cars and the sound matches that notion. Actually that suggests that every tune races along, what really happens is that the sense of tempo has a spring in its step, if the music is upbeat you know all about it. The Grateful Dead’s ‘Cumberland Blues’ [Europe ’72, Warner Bros] had a pep to it that brings out the joi de vivre of the musicians making the music, the energy of the performance is very much front and centre. Fortunately that doesn’t mean it’s a bright or forward sound but rather that it’s light on its feet, however it did make me seek out the ‘smooth’ filter setting on the VEGA G2.1 DAC rather than the ‘balance’ option that suits the AURALiC streamer. This proved a good match and opened up the soundstage without undermining the thrilling sense of pace it brings to the party, I particularly enjoyed the propulsive rhythm section on the Weather Station’s ‘Kept It All To Myself’ [The Weather Station, Paradise of Bachelors], the guitar on this album sounding particularly good and stealing some of the limelight from Tamara Lindeman’s sublime voice.

The counterpoint to this speed is that there isn’t as much body to the midrange as you get with better (see more spendy) streamers but there is no shortage of power in the bass which is often distinctly weighty. It’s a very appealing presentation with Laurie Anderson’s ‘Gravity’s Angel’ [Mister Heartbreak, Warner Bros], a track with some great effects and lovely synth bass in this streamer’s capable hands, the speed of the latter being particularly intoxicating. Well-produced music works a treat with these components, a wide variety of tunes were sampled and the polished ones sounded great every time, including ‘Haunted & Known’ by Six Organs of Admittance [Companion Rises, Drag City], where the combination of plushness and intensity made for a powerful listening experience.

With the iFi DAC the result was similar but more open and lively; not quite as richly rendered but equally engaging in its own way. Here the pared back rawk of Scout Niblett’s ‘Gun’ [It’s Up To Emma, Drag City] worked well, winding up the climax without losing control or getting edgy and unleashing a powerful torrent when required. I contrasted the set up with and without the TX-USB Ultra SE and found that this element contributes significantly to the overall result. It has a disentangling effect with dense passages, opening up the soundstage and making the time and space for each performer to do their thing. It also adds body and depth to the picture. I also listened to the standalone power supply with the SMS-200 Ultra Neo SE, and here the upgrade was even greater with increased three dimensionality of imaging, greater articulation and all round stronger coherence. It’s safe to say that this streamer likes clean power. 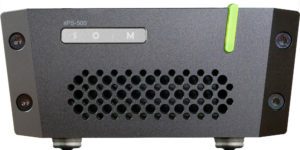 This package from SOtM is a little bit different to the usual fare but offers an engagingly pacey and coherent sound for the money, its limited feature set will be sufficient for all but those who wish to send their music through the ether and the compact nature of the parts means that it doesn’t take up much space. It would be worth searching for a nicer control app than mConnect and those after a premium experience should consider Roon, but that said I got the hang of the software quickly and enjoyed many hours of listening with the SOtM streaming system.