Good audio doesn’t sit still; there is continual assessment and revision needed to keep relevant and current. While this would be a blindingly obvious statement in the face of devices like streamers – which are subject to a wealth of external changes to the landscape – you might be forgiven for thinking change in the rest of audio is more of a sleepy backwater: ‘more evolution than revolution’ is the pithy phrase. However, products like the Shunyata Delta NR v2 power cord show that in many cases ‘evolution’ is more than enough.

While it’s best not to describe a product by only pointing to its changes, sometimes an exception is useful. The main change between the Delta NR (which we reviewed in Issue 166) and Delta NR v2 is the use of the company’s own VTX‑Ag conductors, trickled down from the company’s top-end Omega QR flagship power cords. The predecessor used VTX hollow-core copper conductors. VTX-Ag has a core conductor of pure silver with an outer concentric conductor of high-purity OFE copper. That’s very much at odds with conventional audio cables, which tend to go with more commonplace silver-plated copper conductors. There have also been some refinements in the CCI noise reduction filters used in the cable design. Otherwise, however, it’s the same beefy black braided power cord terminating in Shunyata’s own CopperCONN connectors and comes served up in a nice black presentation box with some nice ‘case candy’ (including a reprint – from this parish – of an interview with Caelin Gabriel of Shunyata Research). This might seem trivial, but I think this has the right mix of ‘presentation’ rather than ‘gift-wrapping’ and ‘information’ without ‘overload’.

As ever with Shunyata Research cables, there’s none of that faffing around with burn-in or conditioning, thanks to its own KPIP (Kinetic Phase Inversion Process) performed in the factory. So, it’s good to go from the moment you plug it in.

I referenced this review against the original review – and the original products – from Issue 166 (https://hifiplus.com/articles/shunyata-research-delta-nr-and-ef-power-cords/). Back then, I was deeply impressed by the Delta NR for its integrity. It significantly reduced the ingress of noise into the system (even when that noise was ‘over-engineered’ by filling a cheap plug strip with phone chargers) and yet retained the fundamental characteristics of the equipment to which it connects. The Delta NR v2 does the same, only more so. The noise reduction is less of a milestone change – the predecessor was excellent at cutting through power-line noise and the new version is ever-so-slightly better. However, the net change to the overall sound is more marked. It retains the ‘first do no harm’ neutrality of its predecessor, but in the process applies that even more to the all-important midrange and the smoothness to the top end. This doesn’t mean it will turn some gritty Class AB amp into a refined and softened out rose-tinted Class A valve sound. What it means is that openness and sophistication brought to the mid and top get more openness and sophistication. If the Delta NR meant the product had little impediment between it and the optimum, Delta NR v2 removes even more. In short what I liked about the first cable I like all the more in the second. 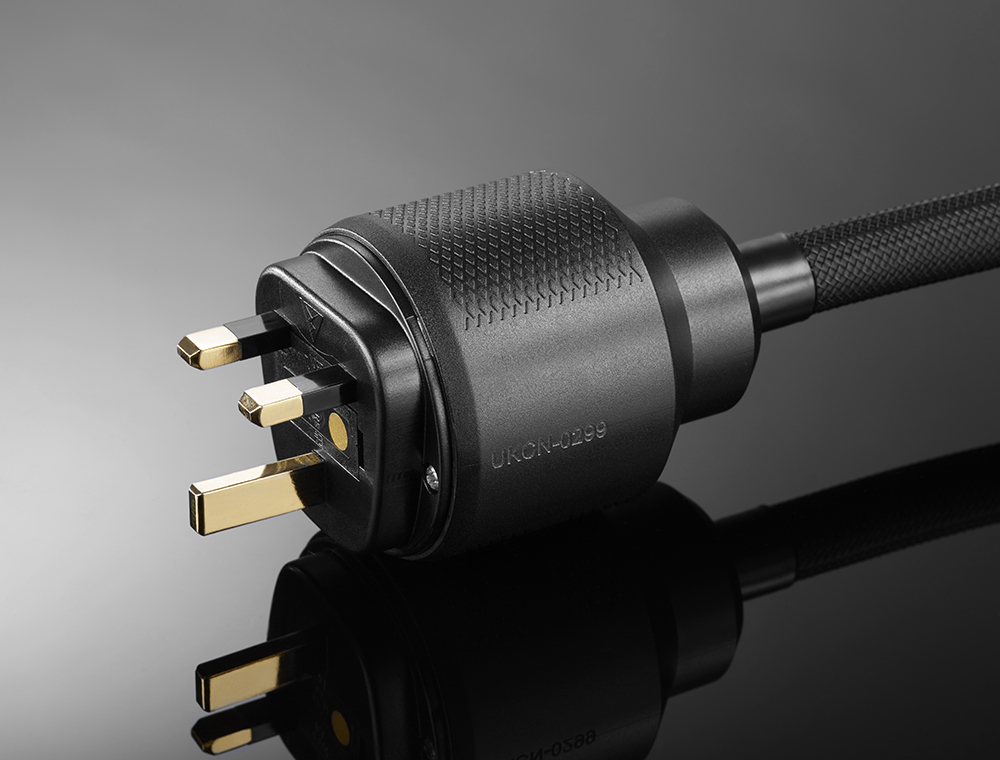 So, should Delta NR owners upgrade? Maybe. The difference more than justifies itself, even though the original Delta NR is no slouch. I would suggest that if you have part-Shunyata’d your system, move the Delta NRs to places like power supplies and power amplifiers and put NR v2 in the more signal-sensitive places like preamps.

Shunyata Research’s excellent Delta NR v2 really ticks all the boxes. It cuts through power line noise like a cleaver yet works on fine detail like a surgeon’s scalpel, but never once leaving the music sounding anything other than really enjoyably musical. An excellent choice.