For many years Schiit Audio staunchly resisted building combination headphone amp/DACs, their thinking being that DAC technology typically evolves much faster than amplifier technology, meaning that amp/DACs are potentially in danger of growing obsolete more rapidly than any of us might wish. At the same time, there’s no denying the convenience of having a good amp and a good DAC bundled together in one nice, neat package. Faced with this dilemma, Schiit Audio President and co-founder Jason Stoddard decided to create what he terms a ‘configurable’ headphone amp called the Jotunheim.

The Jotunheim is a compact, fully balanced, high-powered, quiet, and very low distortion headphone amp/preamplifier that uses an all-new (and hypothetically patentable) Stoddard-developed balanced circuit topology called a ‘Pivot Point’ gain stage. According to Stoddard this new circuit gives the Jotunheim better measurable performance in almost all respects (save for sheer power output) than any other headphone amplifiers the firm makes irrespective of price, which is saying a mouthful.

The name Jotunheim, like so many other Schiit Audio product names, is drawn from Norse mythology and means “Land of the Giants”—a name that takes on ironic connotations once you realise that while the amp may produce a giant sound, it isn’t very big in physical terms. But happily for music lovers on a budget, Jotunheim also isn’t very big in terms of its asking price. Thus, despite the fact that the Jotunheim offers some of the best sound and most sophisticated circuitry of any Schiit Audio product to date, it sells for—wait for it—just £385, making it an undeniable bargain. 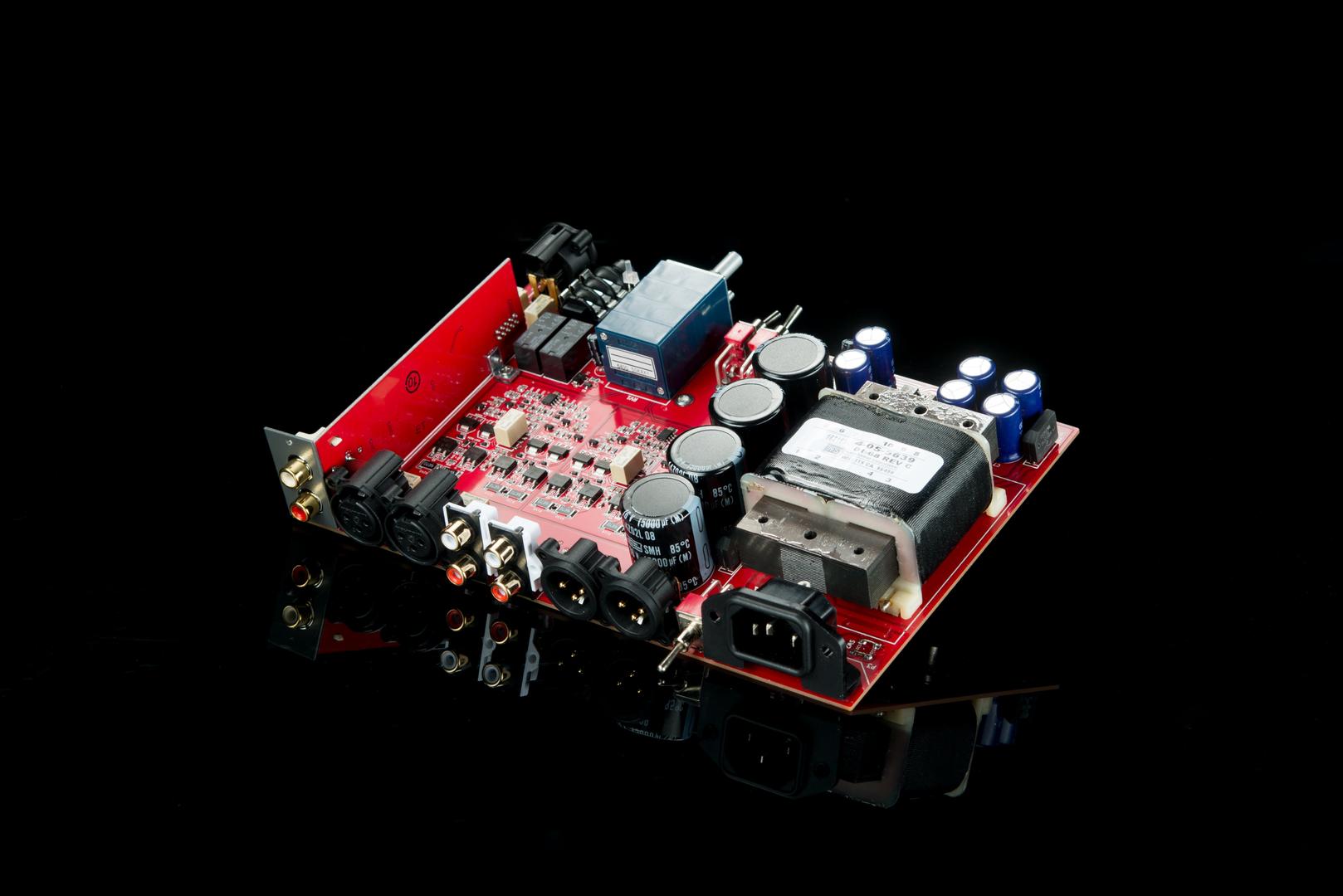 Apparently, the Pivot Point circuit is unorthodox, so that when Stoddard first showed the schematic to his engineers many reacted by opining, “that could never work.” Stoddard had the last laugh, though, when he pointed out he already had several prototypes that were working beautifully in the lab and whose performance specifications were exemplary. To be fair, Stoddard concedes that even he did not at first fully grasp exactly how his new circuit actually worked, meaning that early versions of the circuit contained what eventually proved to be superfluous parts. As Stoddard and his team learned more about the circuit’s operating principles they were able to eliminate unnecessary parts, in the process making the Pivot Point design simpler, more reliable, better sounding, and less costly to build.

Given its low price, you might surmise that the Jotunheim is a minimalist design and in some respects it is, but nothing important (well, apart from a remote control, which has deliberately been omitted) has been left out. For instance, the amp features both balanced (XLR) and single-ended (RCA) inputs and preamplifier outputs on its rear panel, along with balanced (4-pin XLR) and single-ended (6.35mm headphone jack) outputs on its faceplate. Also up front are two small toggle switches, one for choosing high or low gain (yielding gain of either 2 or 8) and the other for choosing single-ended, balanced, or other input options (including, at this point, optional Jotunheim USB DAC or phono stage modules).

Plainly the things that make Jotunheim a ‘configurable’ headphone amp are the optional USB DAC or phono stage modules, which can be chosen (or not) when the unit is ordered and must be factory installed. Either module adds a modest £100 to the Jotunheim’s price. The only small catch, given the compact dimensions of the Jotunheim chassis and the size of its power supply, is that the amp can accommodate either the DAC or the phono stage module, but not both at once. 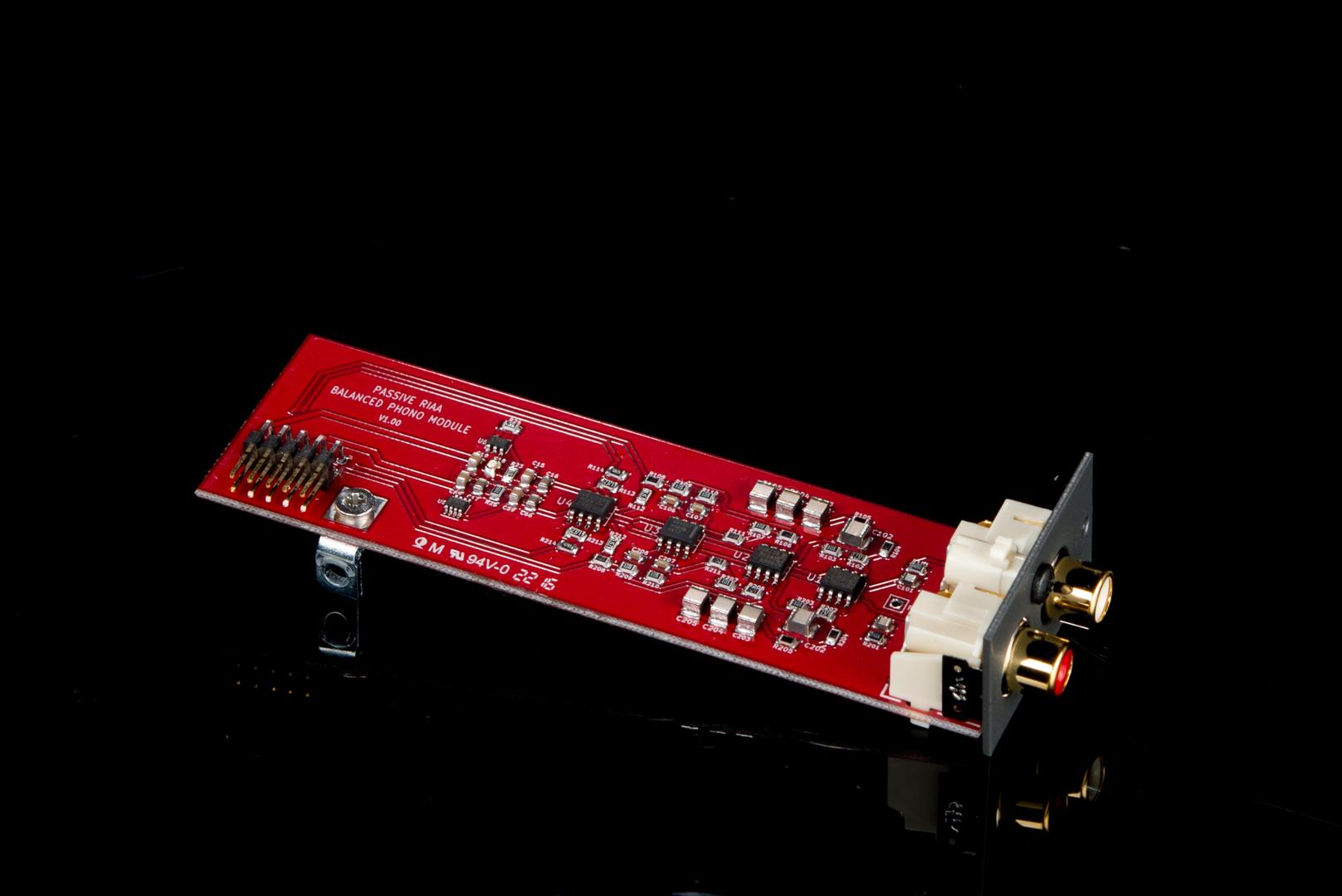 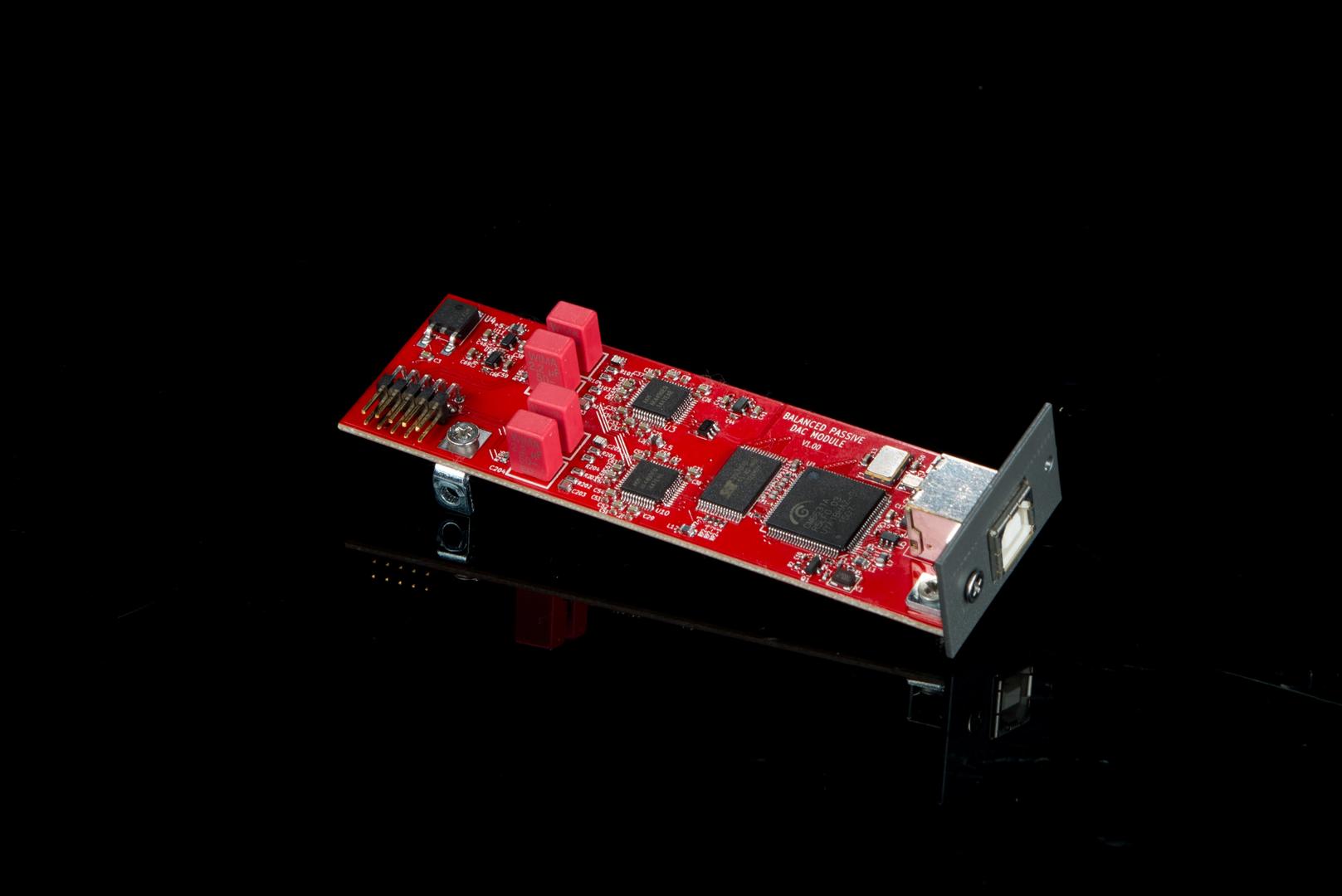 The USB DAC module, with which our review sample was fitted, is a fully balanced, delta-sigma design featuring a C-Media CM6631A USB input receiver and dual AK4490 DAC devices. The DAC’s analogue output stage is fully differential, with passive summing and passive filtering. The DAC module offers extremely low distortion and is admirably quiet. Astute followers of Schiit Audio will already know that Mike Moffat, the firm’s co-founder and resident digital audio guru, strongly believes multibit DACs with closed-form digital filters (such as the firm’s famous Yggdrasil DAC) are intrinsically superior to delta-sigma DAC designs. Even so, Moffat concedes that delta-sigma DACs are typically less costly to build and consume less power—both of which are important considerations in the context of the Jotunheim. In fact, Moffat told Hi-Fi+ he regards the Jotunheim DAC module as “a pretty good one as delta-sigma DACs go”—high praise, considering the source.

How does the Jotunheim sound? The answer is that the amp sounds powerful, refined, and accomplished—almost absurdly so in light of its price. You enjoy the punch and authority for which well-designed solid state amps are known, ample detail and resolution, plus the quiet backgrounds and precise control over the leading and trailing edges of notes that are the hallmarks of first-rate fully balanced designs. Though it costs only £385, the Jotunheim never sounds out of its depth, not even when paired with some of today’s finest (and most costly) headphones, such as the ENIGMAcoustics Dharma D1000, Focal Utopia, HiFiMAN HE 1000 V2, or MrSpeakers ETHER Flow (all of which I had on hand for my Jotunheim listening sessions). Moreover, with the lower of Jotunheim’s two gain settings engaged, the amp is so uncommonly quiet that it works beautifully when driving ultra high-sensitivity earphones and CIEMs such as the Westone W80 or Noble Audio Katana.

The Jotunheim sounds muscular, energetic, agile, and fleet-footed, meaning it not only handles music’s bigger moments well but also gets all the evanescent transient sounds and smaller textural and harmonic details right. Let me offer a musical example to show what I mean. During my tests, I listened carefully to the Blue Chamber Quartet’s debut album First Impressions [Stockfisch, hi-res] through the Jotunheim driving a pair of Focal’s flagship Utopia headphones. Even though I am very familiar with this beautiful recording, several aspects of its sound as rendered by Jotunheim/Utopia combination left me slack-jawed and wide-eyed with wonder. 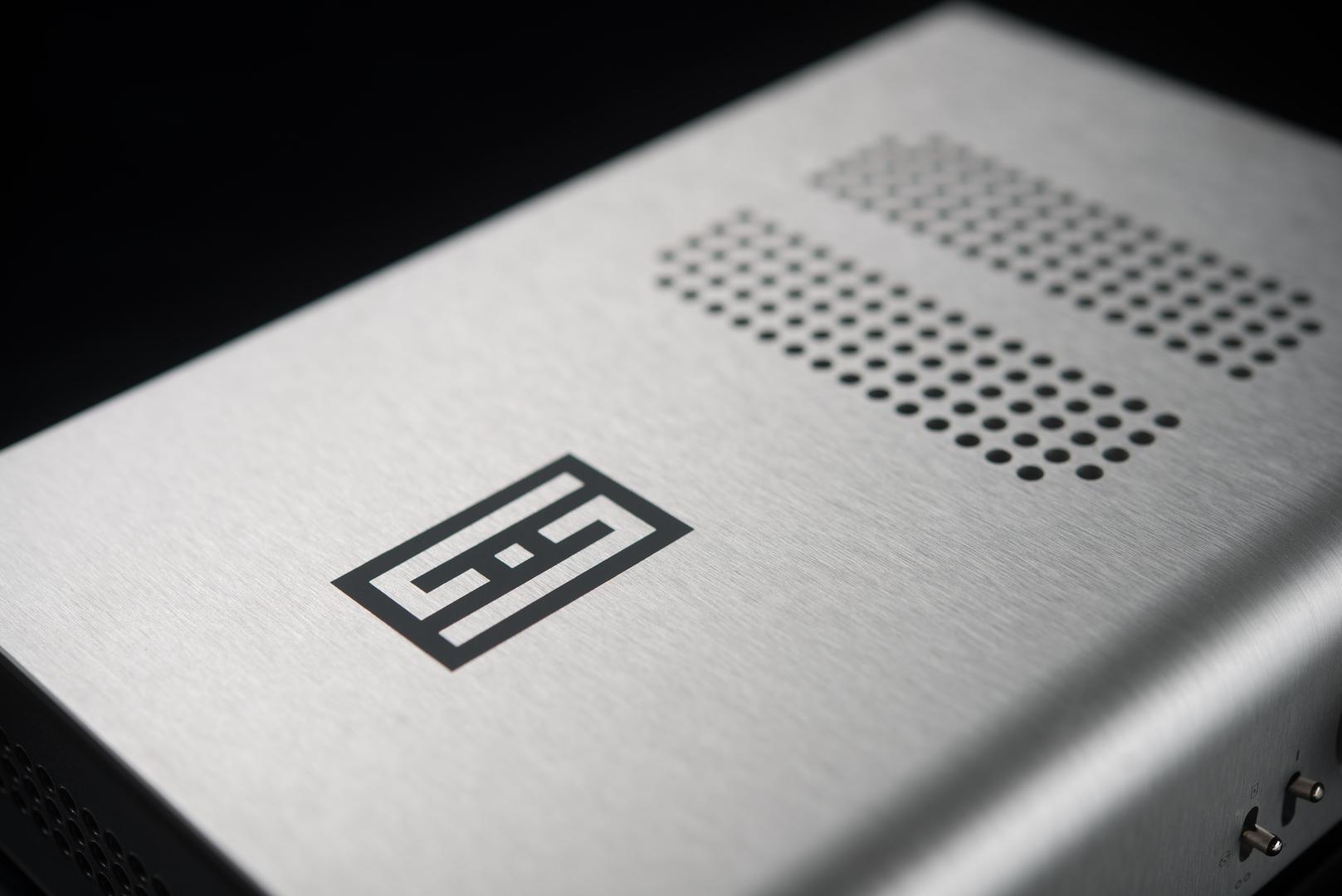 First, the timbres of the instruments involved—piano, harp, double bass, and vibraphones—sounded at once incredibly pure, yet rich, full-bodied, and chock-full of vibrant tonal colours. I am not speaking of hyper-exaggerated, Technicolor-gone-wild tonal colours, but rather of instrument voices rendered in an uncommonly convincing and complete way. In short, the Jotunheim/Utopia pair made many competing systems sound a bit flat, anaemic, and pale by comparison.

Second, I was floored by the stunning dynamic contrasts the Jotunheim was able to capture. On some of Thomas Schindl’s more expressive vibraphone runs, for instance, the notes burst forth with extraordinary speed and energy, yet without any overhang, blurring, or smearing. The shimmering high harmonics of the vibes were spot on, too. The net effect was much like hearing an unwanted layer of compression removed from the music, so that dynamic envelopes could take on their proper shape and scale. One ‘Aha!’ moment followed another so that I found myself savouring—almost as if for the first time—the deeply stirring contrasts between passages played at pianissimo levels as present alongside moments of emphasis ranging all the way up to fortississimo levels. The Jotunheim more than did its part by delivering a brilliant combination of instantaneous energy delivery on demand and cat-quick transient speeds.

Finally, I was struck by the Jotunheim’s ability to convey natural warmth and, where warranted, gravitas in the music. Near the beginning of the song ‘Kicho’ on First Impressions, for example, there is a passage where Holger Michalski’s double bass first soars way up high (near the upper limits of its range) and then plunges downward to the bottom of its range. Throughout, the Jotunheim/Utopia pair caught the earthy warmth of the bass plus, on the descending passage, the room-shaking power and woody depth of its voice. Only rarely have I heard an acoustic bass so convincingly and realistically reproduced through a headphone-based system.

If all of the foregoing makes it sound as if I am describing an extremely expensive top-tier headphone amplifier giving of its best that’s because the Jotunheim comes tantalizingly close to providing that level of performance, but for less than £400. It’s £100 DAC module is also so good that I think one would do well to order it, too, even if only to use it as a back-up for an even better DAC (e.g., Schiit Audio’s Modi Multibit DAC, which sells for a still quite manageable £249). 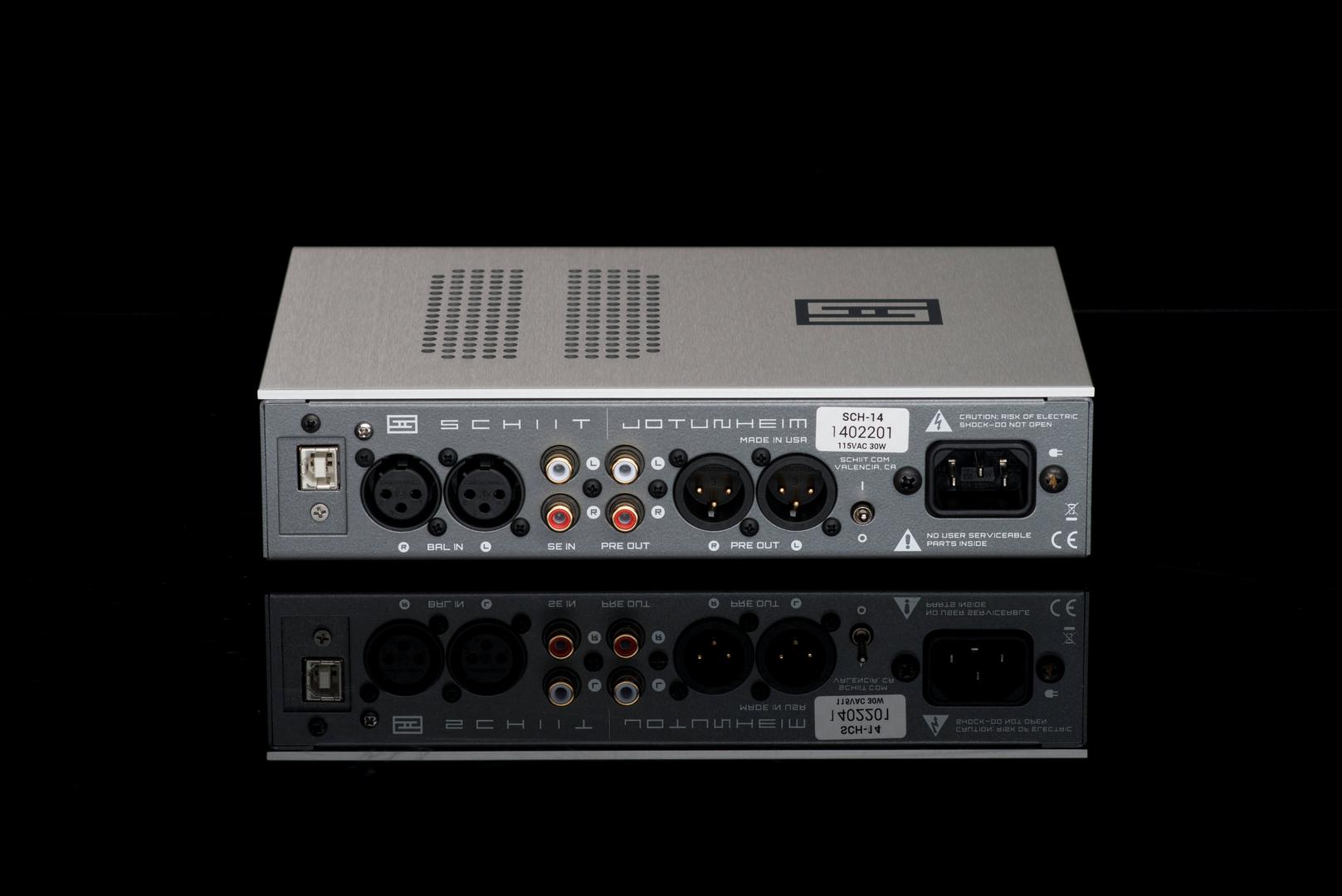 In sum, the Schiit Jotunheim offers heavyweight performance in a middleweight-sized chassis for a bantamweight price. If that’s not an irresistible combination of virtues, I don’t know what would be. Try one, soon!

Other: Internal I/O module port (blanked off with plate as standard)