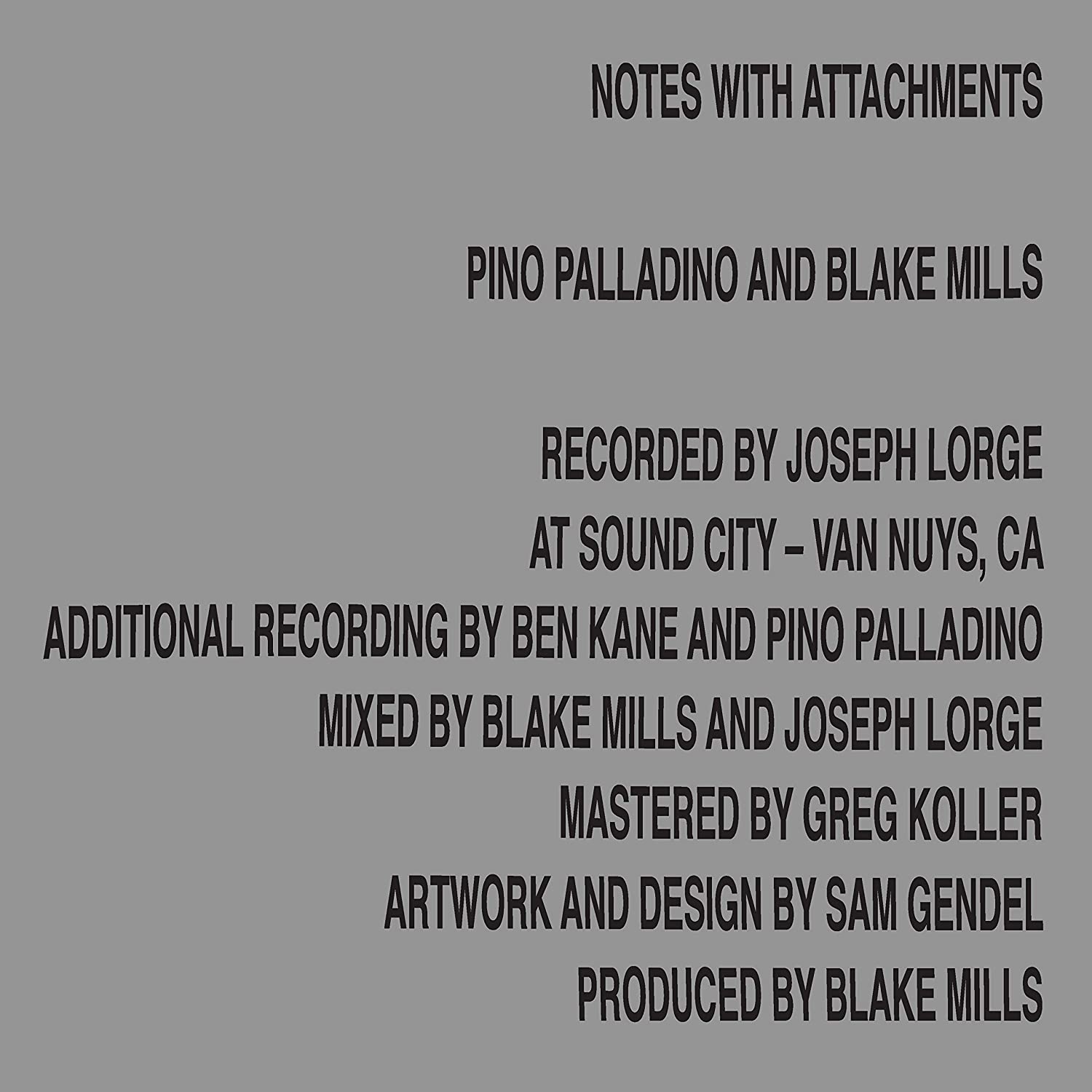 It would be easier to assemble a list of artists that Pino Palladino has not played with than to attempt to mention all those that he has. The Welshman was an almost weekly fixture on Top of the Pops in the 1980s and hasn’t had much time off since then. He has played with David Gilmour, Elton John, Bryan Ferry, Phil Collins, BB King and Jeff Beck, toured with the Who for 14 years and is to be heard on both Adele’s 21 and Ed Sheeran’s Divide among many. All of which might explain why this is the first solo album of Palladino’s career; it only really came about because he worked with producer and singer/songwriter Blake Mills, who encouraged him to do something for himself.

Notes with Attachments does not sound like either a Pino Palladino or a Blake Mills album, however. Sure, it features the former’s distinctive fretless bass through a chorus pedal, but even that is somewhat subsumed by the production and you need a system with clean yet extended bass to bring out its textural and tonal depth. Key contributors to the album include sax and percussion player Sam Gendel whose ‘Music for Saxofone and Bass Guitar’ with Sam Wilkes has some crossover with this album. The other significant contributor would have to be Joseph Lorge who engineered and composed for it but there are many important people involved such as multi-instrumentalist Chris Dave and Larry Goldings who plays keyboards including celeste, Hammond B3 and Navajo flutes. Then there’s Marcus Strickland on bass clarinet and alto sax with others providing percussion and timbale.

So you have a lot of acoustic instruments accompanied by bass and synth, yet the resulting album only reveals these elements with careful listening, Notes with Attachments is a voyage of discovery that goes on giving with repeated listening. This is largely because the mix is not aiming for high fidelity but rather to create a feel and a sonic world that is truly original. This makes the music very hard to categorise; on the one hand, there are plenty of brass instruments and many of the tracks are far from conventional so it could be jazz, but on the other, it can be almost ambient in places with harmonised saxes alongside cinematic strings. While not ‘free’ in the jazz sense neither is it constricted by conventional time signatures; the sheer amount going on in tracks like ‘Ekuté’ mean the tempo shifts as the ‘song’ progresses yet remains cogent and does not feel like challenging music… not to a Beefheart fan, at least.

The stand out tracks are ‘Ekuté’ and ‘Djurkel’; the first features Mills on fuzztone electric guitar, while the percussion department whips up an African groove with some great counterpoint that snaps into focus in the second half when vibes, horns, snare and a weighty kick drum come together with Palladino’s omnipresent low bass. ‘Ekuté’ has more space and life to it than many of the pieces here and certainly the palate-cleansing title track that follows it, where strange sounds slide past one another without troubling the sonic stream. ‘Djurkel’ has a Morrocan Gnawa rhythm at least to start with but this slips in and out of the picture; here you get the full effect of fuzztone bass and Gendel’s vibrato sax which paints a picture in long strokes producing a sound you won’t hear on any straight-ahead jazz album.

The rest of the album is harder to pin down, but it ebbs and flows in an engaging fashion with deep fretless bass underpinning most of the material and the rest of the band making excursions in and around the various grooves. ‘Chris Dave’ the track builds a sound world that is very strange yet not difficult to appreciate, the combination of plucked strings, drums and mystery sounds displaying a broad array of influences. ‘Man from Molise’ starts out with a leaden beat but slowly brightens with various instruments joining in, including a bouzouki, and ‘Off the Cuff’ rounds off the half-hour with the best bass guitar sound on the album.

Notes With Attachments will not be to all tastes but it shows that Palladino is more than a mere session man. With the right help, he’s a musician that’s more than willing to push the boundaries.

The Killing of Eugene Peeps by Bastian Keb

Album Review: The Killing of Eugene Peeps by Bastian Keb is the soundtrack to a film noir movie that doesn't exist