The topic of this review is a quite small but surprisingly heavy two-way speaker from an operation that’s actually based in the Wirral, just across the water from Liverpool. The P-series is a relative newcomer, from a brand that hasn’t been around all that long either.

I first encountered Ophidian some eighteen months ago, and shortly thereafter reviewed its three M-series models Mambo, Mojo, and Minimo, which used six, two, and one 90mm bass/mid drivers respectively. At the time, these three models comprised the entire Ophidian range, all of which used MDF transmission line enclosures to load small US-made drivers. These seemed to perform pretty well, my personal favourite being the middle model of the three, the £999 Mojo.

However, this Prophet P1 is a rather different animal. Superficially it looks altogether more conventional, using a solitary 180mm bass/mid driver with an aluminium alloy cone that crosses over to a 28mm fabric dome tweeter using steep crossover networks that use audiophile grade ingredients. The enclosure is built from plywood and has a vent called AEROFLEX set asymmetrically on the rear, the bass loading actually being a hybrid reflex-transmission line. A key additional feature is a mechanically decoupled front baffle, which is designed to avoid the vibration generated by the drive unit from being transmitted into the enclosure proper. Although that sounds logical enough, it does also mean that the drive units are decoupled from the stands and the environment. 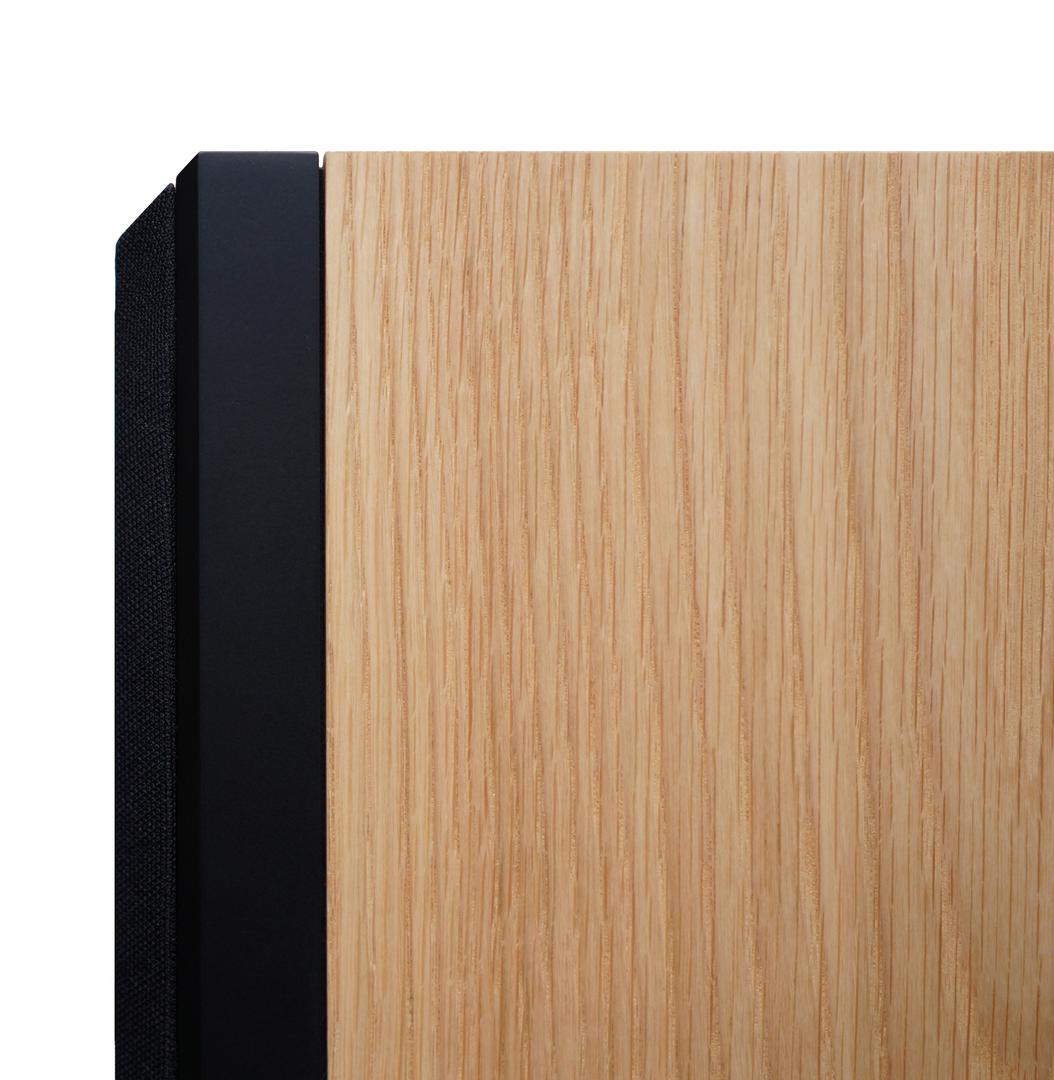 I enquired about the substantial weight, and was informed that this was not at all due to the well-braced plywood enclosure, which is just 12mm thick, but rather was down to the much thicker 25mm front panel, the large ferrite magnets used by both the drive units, and hefty fourth-order crossover network components that include low-loss air-cored inductors with large section wire.

Measurements were certainly interesting, and in most respects rather impressive, as the in-room far-field frequency response is notably smooth and even across the majority of the audio band, holding comfortably within ±2.5dB from 60Hz upwards. However, if that’s the good news, there are a couple of downsides too. The most serious is probably that the sensitivity seems to be significantly below the 88dB that the manufacturer claims. Even my measurement technique, which sometimes seems to be significantly optimistic by about 2dB, can only rate this speaker at around 85-86dB. (The real sensitivity may well be as low as 84dB.) This is modest indeed, indicating that the Prophet P1 will need a reasonably powerful amplifier to drive it, and that valve devices may well be better avoided. However, one advantage that usually accompanies unusually low sensitivity is unusually good bass extension, which is certainly true in this case, as the in-room trace was extended down to around 25Hz, which is certainly very low for a compact standmount design.

Another area worthy of note is that the treble starts to rise just as the impedance starts to fall at around 5kHz; however, it should be noted that the rise in output didn’t seem subjectively objectionable (or even all that noticeable) most of the time. And although there’s very little programme content at these frequencies, Little Feat’s live double album Waiting For Columbus [Warner] did get mildly aggressive at the top end when it was being played at a high level, and other discs also showed a slight tendency towards a bright and shiny character.

Furthermore, the drop in impedance to below 3ohms above 15kHz perturbs me, especially as it appears to continue falling beyond our 20kHz measurement limit, but designer Gareth James reports that he has not encountered any practical difficulties. I ought to mention a mild discrepancy in impedance between our two samples, but this is arguably much less significant than the low frequency behaviour, which indicates that the reflex port is exceptionally well damped and tuned to a rather low 32Hz.

While my initial reaction in listening wasn’t entirely positive, that was probably down to the low sensitivity, as it was followed by a quite delightful evening in which I unashamedly indulged in some gross nostalgia, first with The Paul Simon Songbook [CBS], and then with Laurie Anderson’s Big Science [Warners].

Both were played right through from start to finish, providing a firm reminder that the key to success in popular music has much more to do with the quality of songwriting than any other factor. Indeed I’ve been very concerned that songwriting quality has deteriorated recently – where are the Bob Dylans, Pete Townshends, Ray Davies’, Lennon & McCartneys, Joni Mitchells etc., etc., of today? (And I’m only naming a handful among many!)

I might have had some initial concerns about the performance of the Prophet P1, as I worried mostly about the concept of decoupling the front baffle. But in listening to the speakers, I quickly warmed to several very real strengths, and discovered that any unwanted decoupling effect was effectively inconsequential. 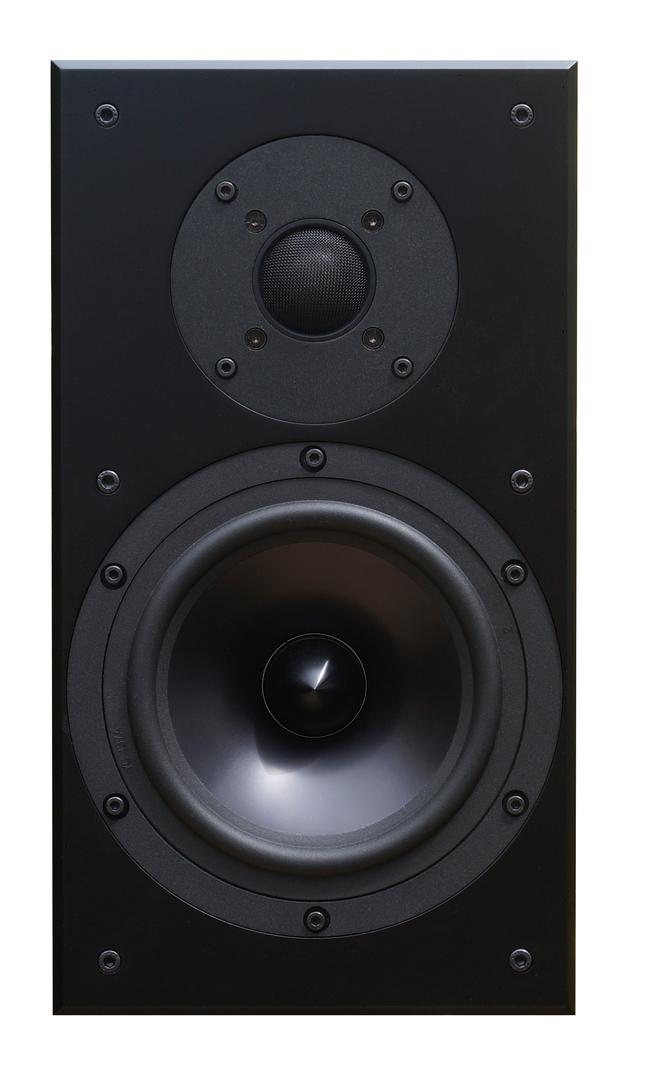 I thought it would be sensible to try out a good variety of different material and sources, and began doing so with Massive Attack’s ‘Inertia Creeps’ from Mezzanine and then ‘Unfinished Sympathy’ and ‘Daydreaming’ from Blue Lines [both Virgin]. This was enough to convince me that I needed to investigate the performance of the Arcam irDAC-II that I’ve been using alongside several digital sources including a Naim UnitiServe server, as the vinyl versions seemed significantly better balanced. When played through the Prophet P1, the digital version had significantly less bass output than the vinyl, but both had a tendency to sound a trifle weak through the bass region, which is certainly one characteristic of the speakers. (This is confirmed by in-room measurements that show a mild lack of output that averages -4dB through the upper bass region, 60-150Hz.)

Classical music clearly demonstrated the wide dynamic range which these speakers are capable of delivering. I spun the Karajan/EMI version of Wagner’s Tannhauser Overture to very good effect, as the horns came in, quietly at first prior to swelling to crescendi. Orchestral textures remained realistic throughout, and stable perspectives were also well maintained.

To round things off I brought out some classic mono recordings, such as my copy of the original eponymous Buddy Holly album [Coral] and a (particularly fine) reissue of The Freewheelin’ Bob Dylan [Columbia], both of which gave pin-point central images, which was very gratifying.

I still can’t quite get my head around the combination of a rising HF response and a falling impedance that occurs above 5kHz. It doesn’t seem to do much harm sonically, but nevertheless it does give me pause. However, I’m no longer sceptical about the virtues of decoupling the drivers and front baffle from the rest of the cabinet. I admit I was dubious, as this means that these key elements are no longer directly coupled to the stand, but Ophidian has successfully proved that it’s a very effective technique that minimises enclosure coloration without any significant compromise.

While there’s no denying the relatively high price of this loudspeaker system, it’s actually justified by the fine standard of performance. It measures much flatter than most, even though the upper bass is a little lean, and I would have liked to have seen more conventional behaviour above 5kHz. 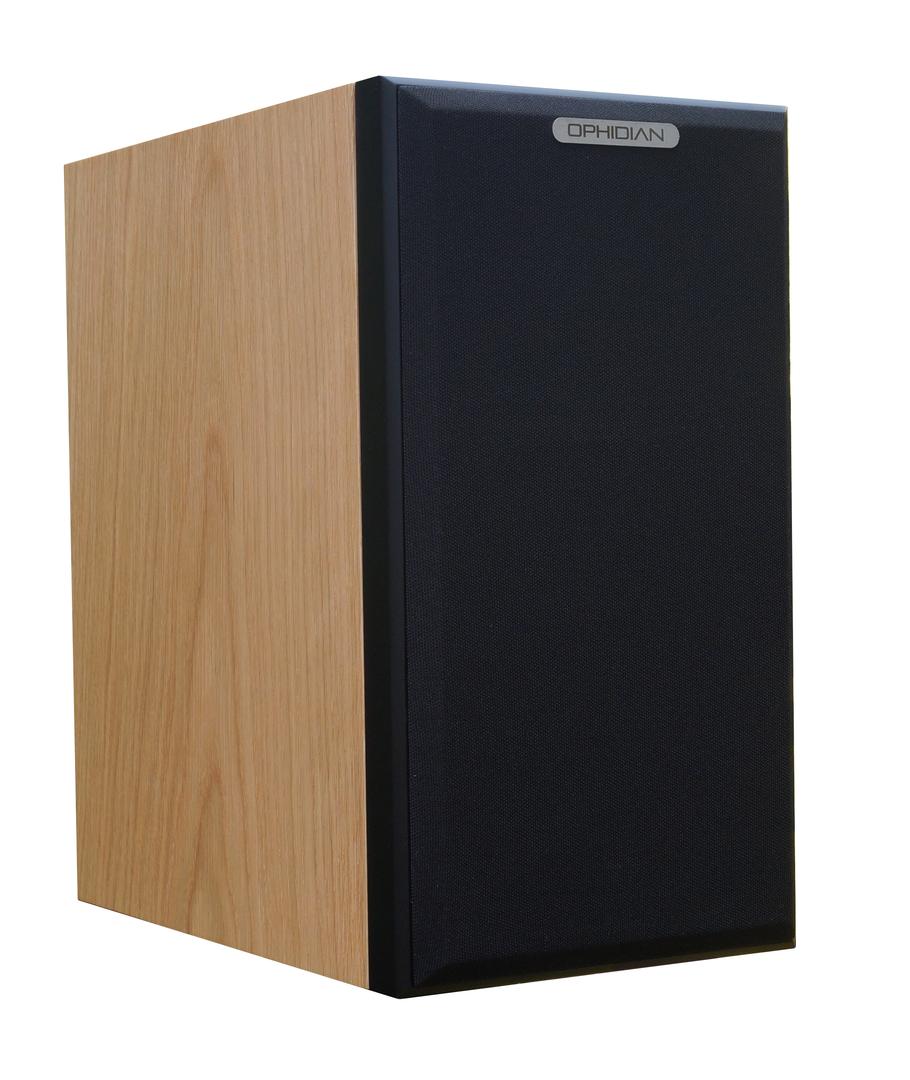 It’s particularly interesting because the combination of low sensitivity with fine bass extension and compact dimensions is quite unusual and also rather effective, delivering what to all intents and purposes is a speaker that sounds large yet is physically quite small. There’ll be limits on the maximum sound output of course, but it will still go loud enough for most applications, and the net result is a ‘full size’ sound alongside pin-point imaging and very low coloration.