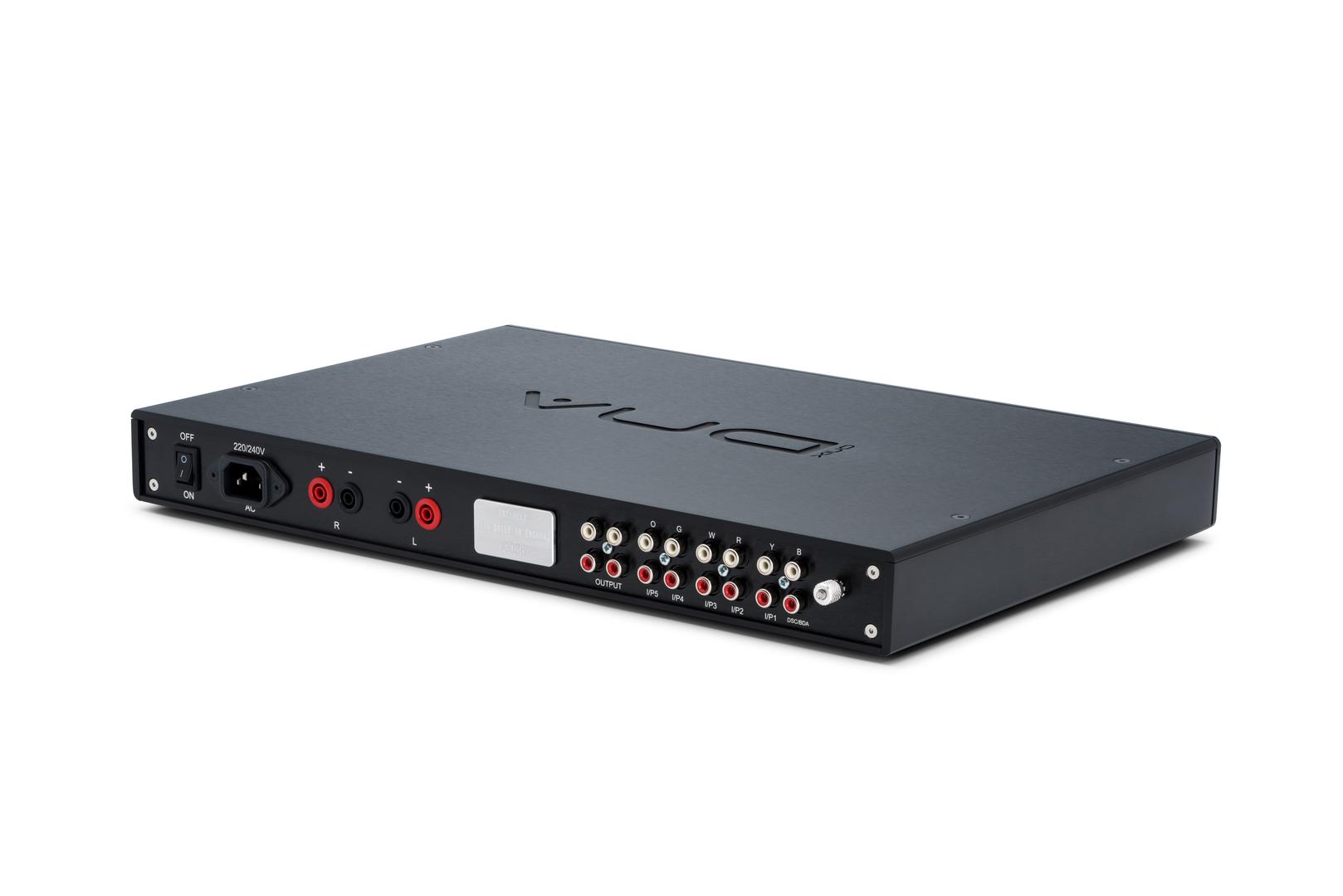 Cast your mind back to the heady days of the 1980s, an era of bright clothes, dubious haircuts, and even worse synth-driven pop. However, the 1980s also saw the birth of the indestructible compact disc format (ha!) and a subsequent revival in the hi-fi industry. One of the brands that made an impression at the time was Onix, an electronics company from Brighton on England’s South Coast, whose products were distinguished by half width black cases sporting a pair of very large knobs and little else; a bit like a minimalist version of Cyrus amps at the time, and very much like the Cyrus ONE that you’ll find elsewhere in this issue. Together with audio salesman Craig Hill, two Thorn EMI engineers – Adam Worsfold and Tony Brady – started Onix in the early 1980s. While two of the three partners soon left to pursue other interests, Adam stayed true to the cause, and made some well-loved products of the time in the process, such as the OA-21 integrated amplifier with its optional SOAP power supply. A Chinese company decided to promote and use the brand without authorisation for several years, but now Adam Worsfold has revived the Onix name (with the suffix DNA to distinguish it from those Chinese products) in an operation based on the South Coast near Southampton.

The first British-built Onix product to see the light of day in many years is the DNA-50 integrated amplifier, an unusually slimline and artfully executed piece of kit. The low profile might suggest a switching power supply, but under the lid is a very slim toroidal transformer that forms the heart of a linear PSU to drive the conventional analogue circuit. The slim, anodised, and well made cabinet is deceptively clever, as it’s not only designed to effectively ‘disappear’, but also acts as a heatsink because the output transistors are connected directly to the case. All that metal means that the DNA-50 runs cool and can be kept in enclosed spaces with no danger of overheating. However as the remote is an infra-red type, it needs to be able to ‘see’ the amp in order to ‘control’ it.

The fascia is one of the most minimalist in the integrated amp business. There is a green light on the volume control and a selection of tiny, coloured LEDs on the other side that indicate input. This assumes, of course, that you can remember which colour relates to which input, but it’s probably as good a system as numbered inputs, and better than arbitrary input names. The sockets on the back have single letter identifiers: ‘G’ for green, ‘O’ for orange, and so on. There are plenty of sockets, too; six pairs of inputs and two sets of outputs. One set of inputs, ‘B’ for blue, connect to a moving magnet phono stage; the option of an MC stage (and, for that matter, an onboard DAC) is in the pipeline. Speakers connect to the relatively uncommon ‘BFA’ type socket that features a unique (and electrically safe) shrouded plug, but can also take a 4mm banana plug. However, this precludes the use of bare wires or spade connectors without some form of adaptor.

Volume and input can be changed with a rather attractive remote handset that is machined in aluminium and anodised to match the amp, which is something of a luxury on an amplifier at this price. Once you’ve figured out which end to point at the amp (not as obvious as you might expect) you can scroll through inputs or adjust volume, albeit not in very small steps. You’ll have noticed that there is no on/off switch on the front panel (presumably to discourage powering it down) but it can be put into standby by holding the input selector button for four seconds. This apparently allows it to work in a Sonos-based multiroom set up, despite the DNA-50 not being white or plastic!

You might be mistaken for thinking the DNA-50 is so called because it delivers 50 watts per channel. In fact, it’s so called because the amp is ‘locally grown’ as the majority of the parts are sourced from within 50 miles of the company’s base in Hampshire. The DNA-50 is actually specified to produce 100 Watts per channel from one pair of transistors, in a circuit that makes no claims to novelty, but from a company that is very keen to promote UK design and manufacture.

With the Onix in the system and driving a pair of ATC SCM11 standmounts, the sound has an even balance and a taut, but neutral, demeanour. The presentation is slightly ‘relaxed’ sounding, but not in a bad way; it sounds pretty natural in fact. The DNA-50 unveils plenty of detail and lets you know what’s going on without making you think about the sound: in other words, the emphasis is on the music. It works very nicely with string quartets [Engegårdkvartetten, ‘Haydn String Quartet In D, Op. 76, No. 5 – Finale’, 2L], delivering the nimbleness of the playing and charm of the piece with ease. Moving onto an analogue source in the form of a Rega RP8 with Transfiguration Proteus cartridge and Tom Evans Microgroove+ phono stage, things got more appealing still. Onix states that “we still have analogue ears” on its site and that statement is not wrong. Playing Patricia Barber’s ‘Constantinople’ [Modern Cool, Premonition] through this combination, you get the full texture of the bowed double bass alongside the blast of the trumpet, and the cool, clear projection of the voice. The tension of the piece is well delivered and I like the power in the low frequencies; it lets that bowed bass remain audible right through the track, where in other systems, it can so easily be masked by other sounds. The DNA-50 clearly suits the smooth but detailed balance of the Microgroove+ phono stage rather better than the brighter balance of products like the Mytek Brooklyn DAC. 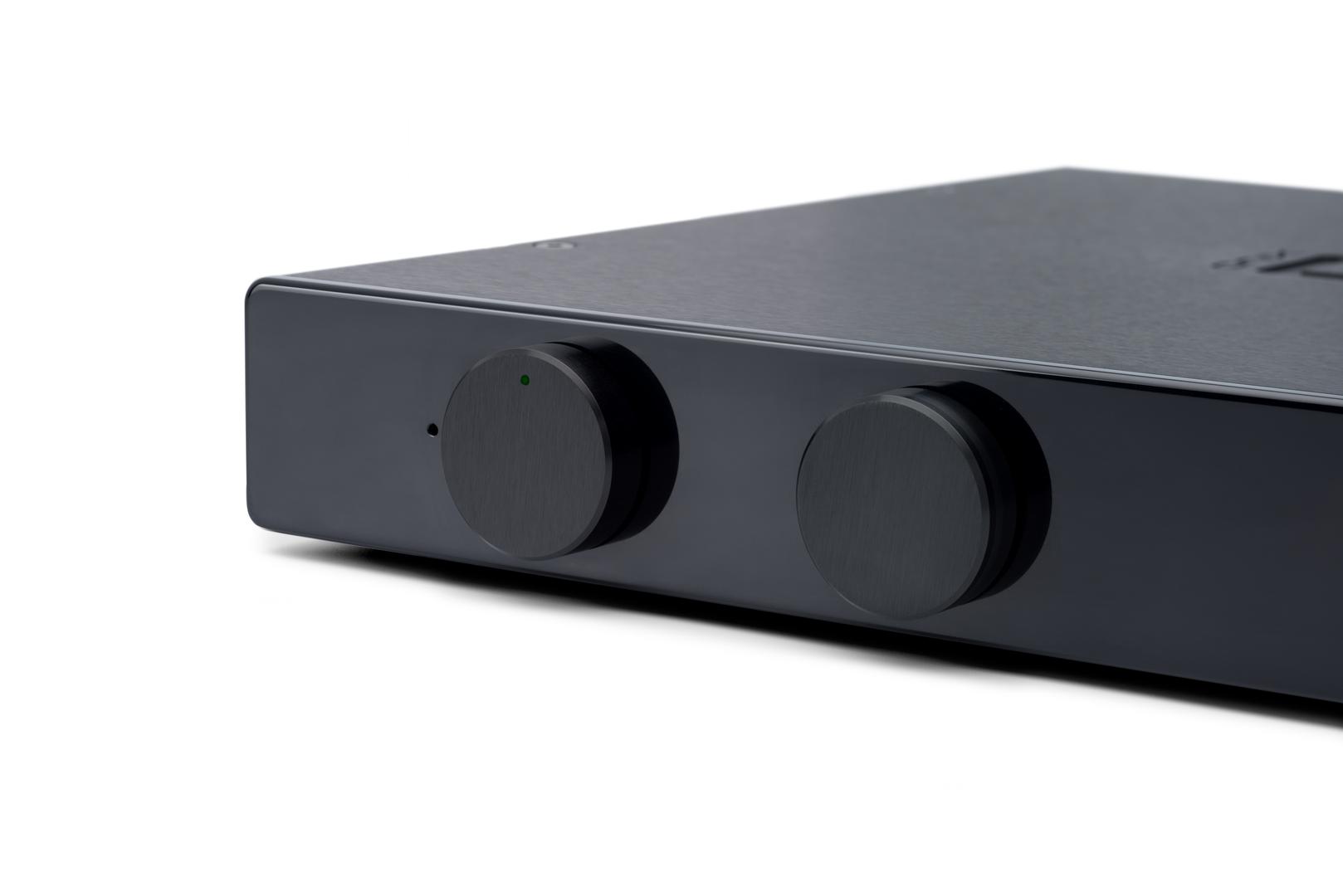 Moving over to a more revealing speaker in the form of the svelte PMC Fact.8, it becomes clear that the Onix is more than capable of projecting a decent stereo image, the speaker revealing a lot more fine detail and drama in ‘Postmodern Blues’ from the aforementioned Patricia Barber album. It makes for compelling listening, a state of affairs that remained true when I played Burnt Friedmann and Jaki Leibzeit’s Just Landed [Nonplace], a slab of heavyweight deutsche dub that has enough power to upset some amps… but not this one. The Onix DNA-50 remains in control enough to keep the focus on the music rather than the slabs of bass. I’ve heard more effortless renditions, but not very often at this price, and rarely without significant downsides elsewhere in the performance. With digital to analogue conversion services provided by a Primare DAC30, the Onix enabled Brendel’s The Complete Beethoven Sonatas [Philips] to combine excellent flow with spirit and control, making it very easy to become absorbed in the music thanks to good timing and plenty of image depth. The somewhat more muscular beats of Deadmau5’s ‘Seeya’ [while(1<2), Astralwerks] go deep and are delivered with most of their pulsating breadth intact, the amp remaining in control of the speaker if kept the right side of loud party levels.

I have been ripping my old Esbjörn Svensson Trio (e.s.t.) albums of late and through the DNA-50 it’s easy to rediscover just why they were so influential. From Gagarin’s Point of View [ACT] has a great track on it called ‘The Chapel’ with some pacy syncopation and serious low end. In truth, I’ve heard this more open and relaxed, but the Onix did a good job of putting across what made the band so engaging in its heyday.

I also tried the built-in MM phono input with a Rega P2 and Carbon cartridge, and the result sounded very much like it usually does with this record player: effusive and detailed sound, with nice bass weight. It’s again a little bit more relaxed than some, but capable of revealing the intrinsic appeal of most of what I played. It’s only when things get a bit denser does the Onix lose a little composure: a state of affairs that is true of the line inputs as well as the phono stage.

It’s always nice to see a fondly remembered brand back in the fold. A lot of people enjoyed the original Onix OA21 and may well be pleased to see that the circuit behind that model lives on in the DNA-50. I especially liked is its ‘back in the UK’ stance, as the quality of finish is particularly good, and it’s great to see that we can still make such well-executed products in this country. The appeal of this amp will, to a large extent, depend on whether its slimline looks do it for you; there is an awful lot of well-established competition at the price point but little of it is as discreet as the DNA-50.