In a way, the Naim Audio Solstice turntable isn’t something that unveils endless amounts of new information off the groove (although the turntable’s overall performance is extremely detailed); it’s how it ties everything together so well and makes that sound natural and entertaining. All the elements that contribute to good sound (dynamic range, good stereo soundstaging, etc) are there and represented well, but the same could be said of almost any decent turntable. The combination of turntable, arm, cartridge and phono stage is well developed, and the individual products work in harmony (as much as it’s possible to check given there are limited swappable options at this time), but so do many well-assembled turntable packages. What the Solstice does so well, however, is render all that academic. Most other decks you experience or enjoy; this one helps you enjoy the music, all else is at best a secondary concern.

The arm in particular is a joy to use, retaining all the easy ‘plonk it on the record and play the thing’ nature of the older arm, but with just enough of a lift/lower to make cueing up a record possible. Looking into the past, some of the limitations addressed at the Aro of its time (I used one in the 1990s; it was great, but a little rolled off top and bottom, it errs on the ‘easy on the ears’ side of things, and it doesn’t take well to complex layered classical music) are either simply not an issue or are reduced to near-total inaudibility. Yes, the Aro’s mid-bass bloom (which gave music its characteristic ‘bounce’) is still around in vestigial terms, but it only serves to make the sound more beat-oriented and exciting, and doesn’t detract from music above or below that region.

Like all good audio, the Naim Audio Solstice turntable is focused on making music sound entertaining as well as accurate. Those who like their music more like a science experiment than something to enjoy might find comfort in other front-ends, but the rest of us are playing to a very different equation, and enjoying the coefficient of rhythm. 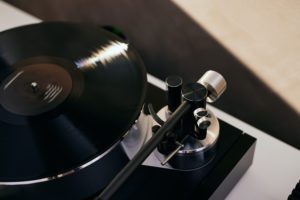 There’s a phrase I’ve been holding onto with many Naim reviews, waiting for the one product where it is truly appropriate… and I am pretty sure the Naim Audio Solstice turntable is that product. This turntable is just so ‘Julian Vereker’. This is not just a pithy statement… just ask Naim’s Technical Director Emeritus, Roy George, who came out of retirement to work on the Solstice Special Edition project; “I started working for Naim in 1985 and immediately began working with Julian and the team to optimise the performance from vinyl, using our favourite turntables at the time; either Linn or Phonosophie. We developed several modifications, including detailed mechanical changes, motor power supplies and phono stages, to extract the best from vinyl replay.

“Not all these advances made it to market – though they certainly got a lot of use in our personal systems! – but they all helped maximise the music source to enable the design of better pre and power amplifiers. I still often think about Julian, and how he would have regarded the products we have designed since he died. I was a Naim customer for 11 years before I joined the company, so I’m well and truly steeped in the Naim vision. I believe he would have very much approved of the engineering solutions and final performance of the Solstice Special Edition.”

Solstice has got that combination of drive, excitement, foot-tapping energy, dynamic punch. Sure, it’s more even-handed as befits the more 21st Century approach to music replay and also the way Naim sounds today… but it’s also got that ‘put a smile on your face’ love of music that permeated really well thought-through ‘chrome bumper’ Naim products of yore. Which fits the only sadness I feel about the Solstice; those who are no longer around who would have absolutely loved the deck. Listening to the Solstice makes me think about the late Malcolm Steward shoe-horning in a pair of SBL loudspeakers into a room only slightly larger than the boxes in which they were packed, and playing Gregson & Collister and Richard Thompson albums at ‘Def Con 1’ levels on his Pink Linnk’s, Aro’d up LP12. 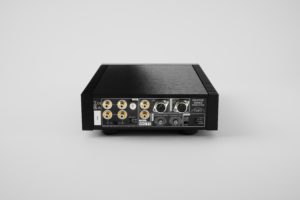 Malcolm would have adored this turntable and its sound. So, perhaps it’s fitting that one of the last records I played on the Solstice was one I remember playing at his place decades ago; ‘Pale Blue Eyes’ by The Velvet Underground [Verve]. The fragile nature of this song (just Lou Reed’s voice with a very simple backing) is deceptively difficult to do well, but when it’s right… it simply stops you in your tracks. That’s what the Naim Solstice can do so well.

Personal weltschmerz aside, there are few downsides to this system as a complete package, save for it being a complete package. While you could theoretically swap out either the cartridge or the phono stage, there is no provision for doing so when specifying the Solstice. As I can’t help feeling that the Solstice isn’t going to be many people’s first LP rodeo, I can envisage some mild gnashing of teeth among those who want to upgrade parts of the LP replay system instead of the whole caboodle.