Sometimes, it’s hard to find a hook upon which to hang a review. Other times, the product is almost a gift to a writer. The zaZen by IsoAcoustics falls very much into the latter camp; like the religio-philosophical discipline it’s named after, it’s designed to bring a sense of ordered calm to the product that sits upon its top plate. That it does so without needing to stare at a wall for a decade or turn the lower half of your body into some kind of man-pretzel is a bonus.

The zaZen is a black lacquered high-density fibreboard platform that has dimensions of 43x38x3cm and change, with a foot screwed into all four corners. The foot itself has a slightly sticky black termination stuff (you can put the platform on almost anything and it will remain immobile, but not stuck fast) and a disc of – un-named – red stuff, that allows a degree of flexibility in all planes. I’m not entirely comfy with ‘stuff’, but the material composition of these vibration-reduction materials is a closely guarded secret, and my secret reverse-engineering materials science chemical laboratory/lair is currently engaged in evil schemes.

The feet act as isolation, preventing most ground-based vibrations from passing through to the platform itself. OK, so if your interpretation of ‘ground-based vibration’ involves steam-hammers, road drills or earthquakes, no amount of zaZen is going to chill things out, but they are extremely effective in reducing the potential feedback from loudspeakers, especially if you are using a turntable relatively close to the loudspeakers themselves: the ‘audio demonstration’ position of having all the equipment in a neat row between the speakers might be great for showcasing that new amp, and it might be a necessity in some rooms, but it isn’t exactly optimal for audio quality. A zaZen or two evens the score without the product supports being so ostentatious they draw attention to themselves. 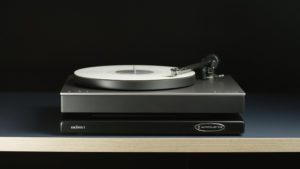 The difference between zaZen I and II ultimately comes down to the II being 4mm taller and the mass of the product that is going to sit on the platform; the I tops out at 25lbs/11.3kg while the II can cope with the huskier product with a 40lbs/18.1kg mass. Beyond that, you are looking at IsoAcoustics Delos platforms and OREA isolators, which give you a theoretical maximum product weight of 192lbs/87kg for the truly Falstaffian power amplifier.

We used both the zaZen I and zaZen II and their performance is functionally almost interchangeable in most cases. If you are using a particularly light product (like a sub-5kg DAC or phono stage), then go with the zaZen I but the upper limits of both have some wiggle room. I would still hesitate to use anything much over about 12.5kg on the zaZen I and if your amp weighs more than about 20kg, I’d give the whole zaZen group a miss for that product.