Portugal is not a country that gets on the audio map very often so it’s great to find Innuos, a company with a Portuguese founder and an assembly and distribution base in that part of the world. However, in fact, Nuno Vittorio’s company began in the UK in 2009 as LIV Technology Connected and launched the Innuos brand five years later. Now, Innuos makes all things streaming from servers for audio and video through music and media players (renderers) down through hard drives, DACs, network switches, and cables. This is an unusually broad array that suggests an inclination toward the custom installation market, but which has also resulted in a range of three ZEN music servers. These all feature the stealth style casework seen in the top ZENith MkII model that’s the focus of this review. The smallest ZEN Mini starts at £599 for a 1TB HDD while the ZENith starts with a 1TB SSD at £1,999. 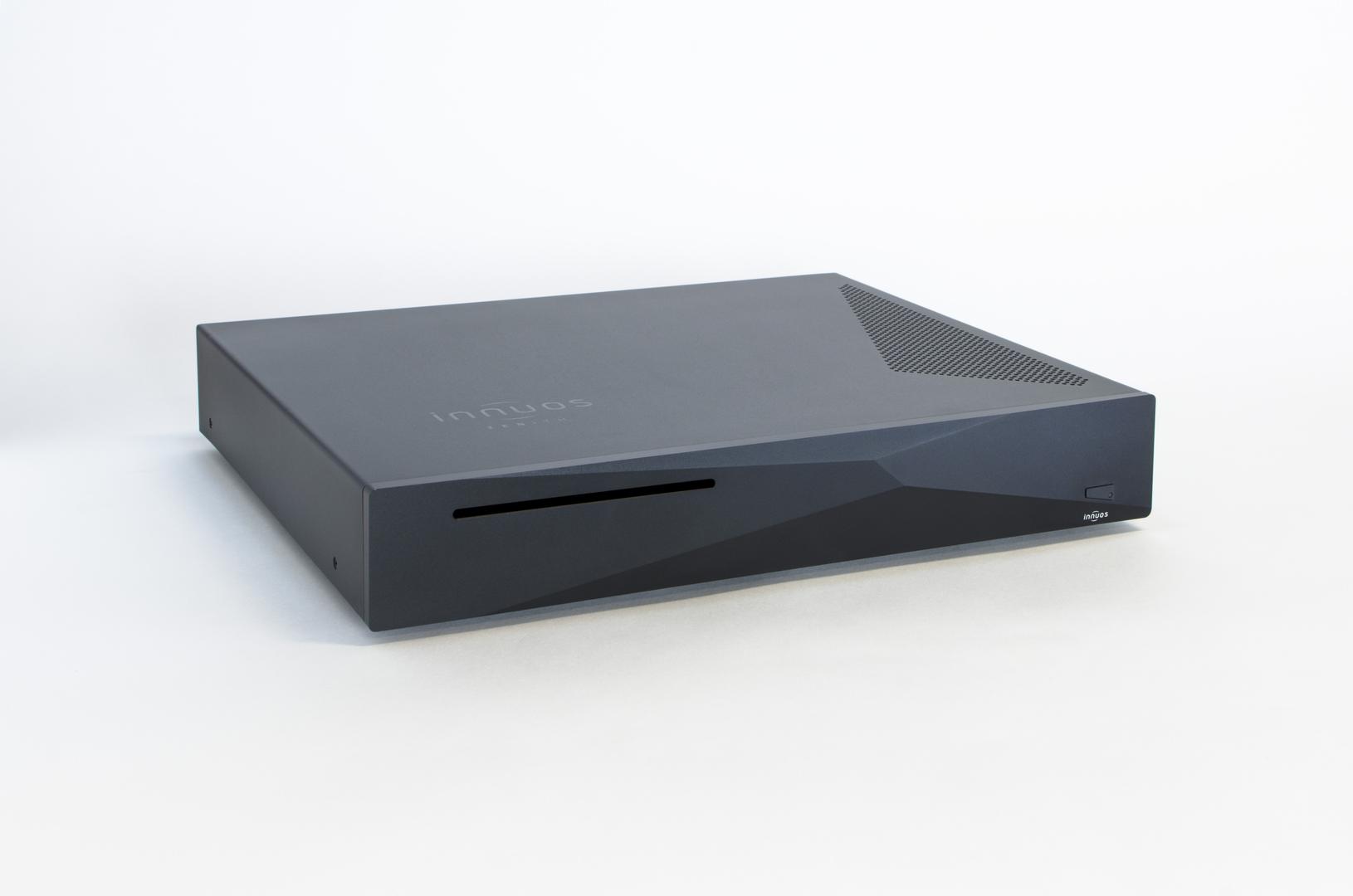 At a glance this server is not dissimilar to the Melco N1-A that I use as a reference. Both have a USB output for direct connection to a DAC as well as a dedicated Ethernet output that can be connected to a network player/streamer without the need for a switch. And as computer grade network switches are a source of high frequency noise and mean another pair of Ethernet cables, avoiding them is highly desirable. Effectively the ZENith incorporates a switch with a linear power supply; such things can be achieved outside of a server, but at a cost of over £200 and yet more boxes around the system. Where the Innuos differs from the Melco is that it has a built-in CD ripper that extracts data from CDs and saves that data as uncompressed FLAC files, and more significantly runs an operating system that appears to be based on that developed by Logitech for its much loved Squeezebox products (the network players that got many audio enthusiasts interested in streaming in the first place).

Server application software is what makes or breaks anything to do with network streaming. If the OS doesn’t file your music in a way that makes it easy to find and play then you are not going to want to use it, regardless of sound quality. Linn and Naim figured this out early on and have developed streaming systems that sound good and are easy to use. Sonos maxed out on the easy to use route, which is why it is the byword for network audio: the Hoover of the streaming world. Innuos’ take is to use a web-based music management system that takes most of the complexity out of organising a library. It is effectively an intelligent filing system that, when partnered with one of the control apps that the company recommends, makes music streaming an activity that even allows you to keep your hair intact.

Including a USB output also means that you don’t need a streamer in the system. Instead, you just need to connect the server to the network (wired only) and the DAC, install the appropriate app on your smartphone or tablet and, once you’ve loaded music, you’re away!

The web browser approach to music loading proved less straightforward than it might have done, so I used my computer to put music files into the ZENith’s auto-import folder and went to the webpage for the server (a simple case of typing my.innuos.com into the URL bar) and opted to import from computer, which went smoothly for the most part. It had a bit of trouble with some albums and if I had known to press the report button at the right moment it would have told me exactly what caused this. Essentially, the ZENith uses a series of rules that allow it to identify and categorise all the metadata required and it doesn’t like importing files that break these rules. However, you can copy your music straight onto the ZENith’s unsorted folder and it will be available on the control app. But, because that bypasses its filing system, it can be harder to find the songs you want when it comes to playback. At present, Innuos has not finished its own control app but recommends two that were designed for the Squeezebox: iPeng 9 for iOS and Orange Squeeze for Android. There is also an option for Windows devices. I tried iPeng 9 and found it to be a well thought out and intuitive controller, with good graphics and a lot of functionality. I liked the fact that you can search for radio stations or podcasts, which is still quite a rare facility. You can also stream various music apps directly from the Innuos such as Tidal and Spotify, but I wasn’t able to access my Qobuz account because I got the password wrong and at present the Innuos/Qobuz set up doesn’t spot errors like that. Just like any computer based server system Innuos regularly updates its software and niggles like this are being ironed out on a monthly basis. 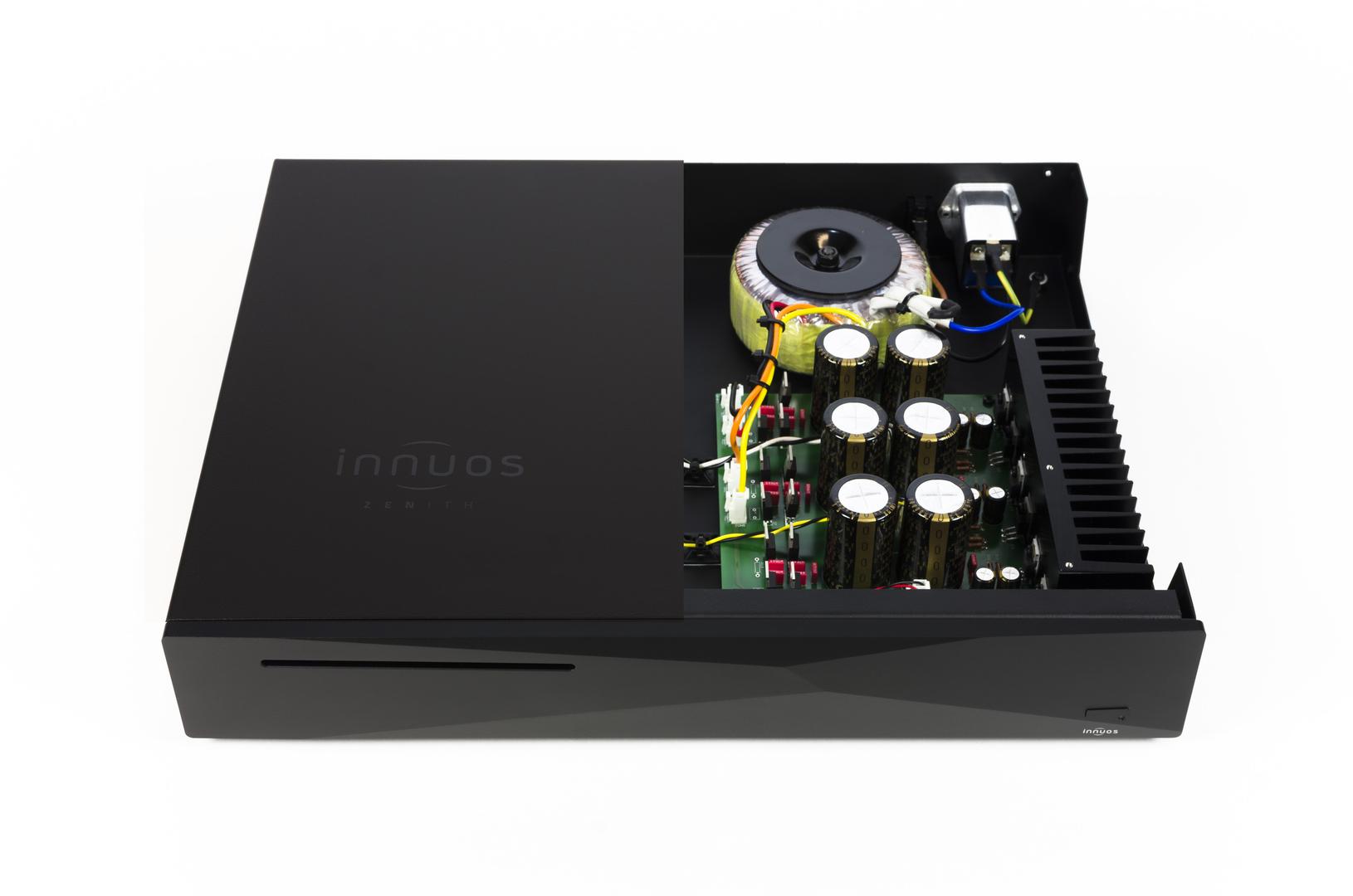 When it came to performance, initial listening was done via a Cyrus Stream X renderer between the ZENith and a Primare DAC 30, using the direct Ethernet output. This revealed that the ZENith delivers a highly coherent, vibrant, and engaging sound that hangs together very well indeed. It delivers instrument timbre, reverb, and more importantly does so in such a fashion that it sounds like musicians playing together. This is not something that streaming systems do as a matter of course, or arguably digital audio as a whole for that matter. With Gregorio Paniagua’s La Folia [Atrium Musicae De Madrid, Harmonia Mundi], which combines ancient and contemporary acoustic instruments, the vivacity of the sound was inspiring, the tonal colour rich and varied, and the spirit of the music very much in evidence.

Moving from the networked streamer connection to the USB output and using Vertere’s rather splendid HB USB cable resulted in greater precision combined with a cleaner sound as expected. What caught me by surprise was that it seemed to ‘time’ better as well. This is something of a first in my experience: as a rule Ethernet connections sound more musically coherent because they keep time better, so the USB output on the ZENith must be pretty serious. It comes down to focus; there is less smear which makes for a less diffuse sound that clarifies both spatial and temporal detail. Going back to the Ethernet/streamer/coax to DAC route sounded brasher, louder, and bolder; it was not unappealing in truth but did seem more obviously coloured. On some tracks the Ethernet route seemed to have an advantage but overall best results were achieved with the direct connection. Keith Jarrett’s solo piano on Paris/London – Testament [ECM] rolls along in very convincing fashion, with plenty of the instrument body in evidence and a good solid groove from the left hand. James Blake’s ‘Radio Silence’ [Colour in Anything, Polydor] is revealed to have fabulous spatial dynamics; the production is quite remarkable and as good an indication that modern producers care about sound quality as you will encounter.

I contrasted a rip made on a Naim UnitiServe with one performed on the ZENith to see if there was any difference, and you may not be surprised to hear that it was too close to call. However, the Naim has proved itself superior to my iMac in the past, even when using XLD software, so rips can differ. The playing field was not however very level, the UnitiServe rip was a WAV against the ZENith’s FLAC (this cannot be changed at present), and both were played on the ZENith itself which should favour the native rip. It’s safe to say that this server is capable of making a decent rip and it was clear from the library that identifying the disc in question (La Folia) was not a problem. I did a few others and they also came out well. I also made life difficult by giving it a compilation recorded from vinyl that it wasn’t impressed with, the complete lack of metadata making it too much trouble to identify. That had to be done manually on the Mac.

Library management is a fundamental part of server design and Innuos has gone further than most in its attempts to make this easier. It could, and undoubtedly will, be refined over time, but so long as you let it do the sorting for you – and look at those reports when they come in – the ZENith is capable of making this side of things pretty straightforward. On the sound quality side, it is very capable indeed – clearly more so than the competition I had to hand thanks one presumes to the SSD storage. This does limit absolute capacity, but you can always go for the 2TB option for an extra £500, and even then the ZENith MkII is the least expensive SSD server on the market. All in all, it’s a very hard act to beat for anyone looking to push streaming quality to the max. 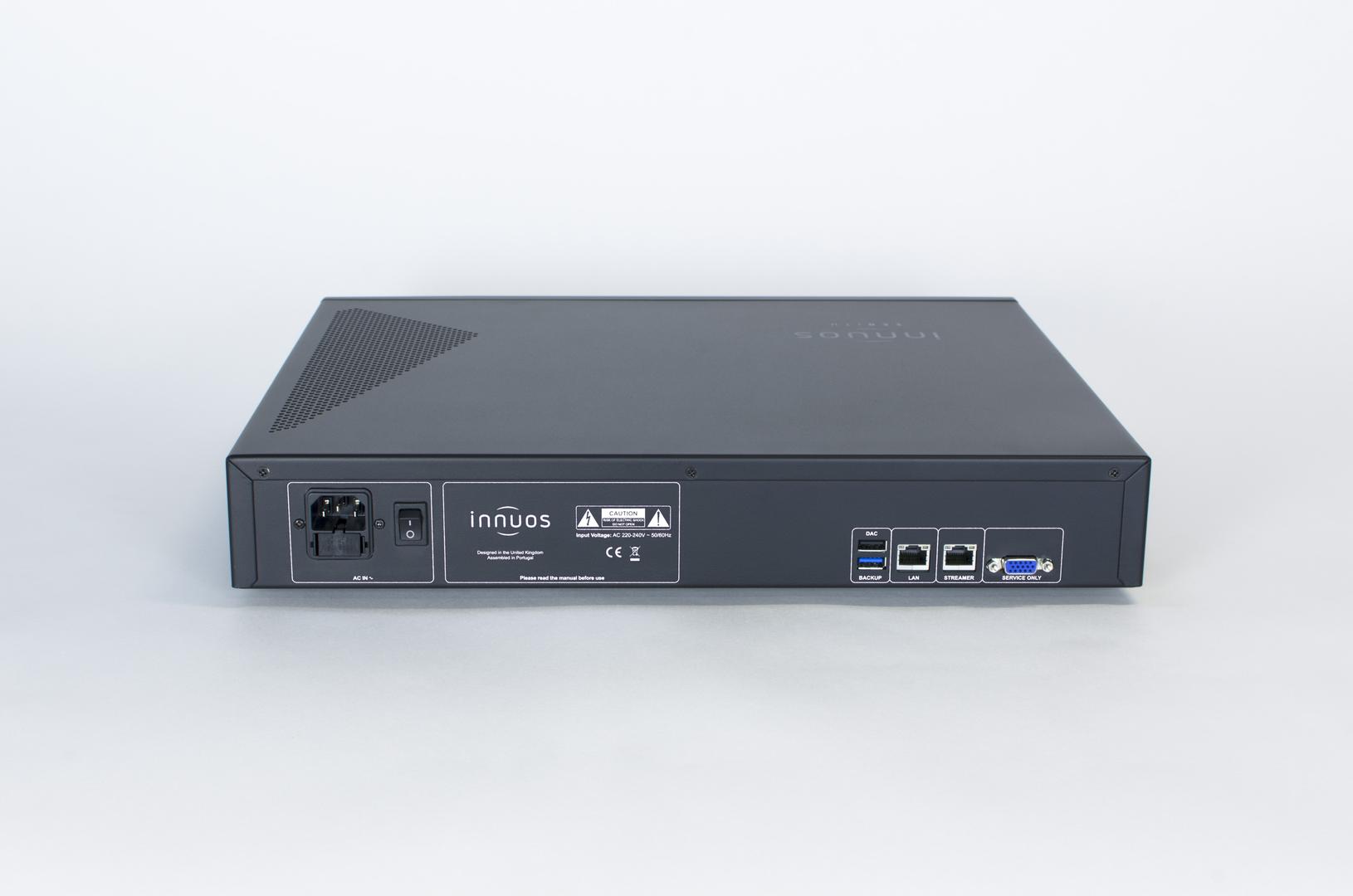 Back up connection: USB