My very first exposure to the iFi Audio brand, which is a spin-off of the British high-end audio electronics manufacturer Abbingdon Music Research (AMR), came at an audio show a number of years ago. I still remember the experience vividly. Indefatigable brand ambassador Vincent Luke had invited some audio journalists to come hear his firm’s new phono stage, though he had cleverly neglected to say exactly which of his firms had produced the unit. We entered the room and listened to the suave, sophisticated sound of the new phono stage on some choice vinyl tracks, all the while convinced the phono stage on demonstration was surely some new, full-size AMR component. Only near the end of the demo did Vincent reveal that the phono stage we were hearing was not an AMR product at all, nor did it cost thousands of pounds as full-on AMR components typically do. Instead, Vincent explained, we were listening to a beautifully made but decidedly pint-sized and budget-priced component called an iFi Micro iPhono, which at the time sold for about $429 US. Right then and there a lasting impression was formed: ever afterward I came to expect that iFi Audio components would be small and beautifully made, and would somehow manage to deliver a big taste of the famously musical Abbingdon Music Research sound for a pence-on-the-pound price!

Now let’s fast forward to the present day. Over time, iFi Audio has created two ranges of compact components: the Nano-series models, whose chassis cases are about the size of an extra-thick deck of playing cards, and the even larger and more capable Micro-series models, whose enclosures look roughly like double-depth Nano models (still small, but a bit too long to be considered truly ‘pocket sized’). And both the Nano and Micro models hold true to the original iFi Audio design brief: they are small, offer fine quality of build, sound much like far more expensive AMR components, and remain extremely affordable—all of which are good things. But let’s face it; we audiophiles are an upward reaching, aspirational lot so that there probably has never been a set of sonic performance parameters that we have not yearned to see pushed to higher levels. And so it happens that many cast an appreciative eye at iFi’s Nano and Micro-series products, yet could not help but wonder what would happen if the firm ever decided to build a range of big (or at least bigger) components designed with the intention of pulling out all the stops so as to push the performance envelope harder than ever before. Apparently, iFi Audio was thinking along much the same lines as it has now launched a new range of Pro-series components, starting with by far the most ambitious headphone amplifier/preamplifier the firm has ever offered: namely, the iFi Pro iCAN, priced at £1,695.

The Pro iCAN is a half rack-width component (a component size commonly seen in the pro sound world) in which is contained some very sophisticated circuitry, lending credence to iFi’s claim that the Pro iCAN is at once “a Professional Headphone Amplifier” and a “fully fledged, High-end Preamplifier”. The headphone amp/preamp is a fully balanced, hybrid valve/solid state design that offers users a choice of three gain settings (0db, 9db, and 18dB) and three front-end operational modes (Solid-State, Tube, and Tube+). The Solid-State circuit, says iFi, uses J-FETs and is fully-discrete Class A, while the Tube and Tube+ circuits use dual NOS GE5670 valves that are “engaged with the J-FET circuitry switched out for an all-valve Class A operation.” iFi adds that the difference between the Tube and Tube+ mode is that the latter “reduces negative feedback to a minimum” meaning “a greater amount of the tube’s natural harmonics are produced.” The amp delivers very high power output (14,000mW @ 16 ohms in balanced mode or 4,800mW in single ended mode), admirably low distortion (<0.0004% THD when operated in Solid-State mode and <0.0005% THD in Tube mode), and impressive signal-to-noise ratio specifications (>147dB A-weighted in balanced mode and >137dB A-weighted in single-ended mode).

In keeping with its role as a serious high-end preamplifier, the Pro iCAN rear panel sports four analogue inputs (three single-ended inputs with RCA jacks, and one balanced input with dual 3-pin XLR jacks), plus two preamplifier outputs (one single-ended via RCA jacks and one balanced via dual 3-pin XLR connectors). Up front, the Pro iCAN faceplate presents three single-ended and three balanced headphone outputs, where the single-ended outputs are supported by two 6.35mm headphone jacks and by a 3.5mm headphone mini-jack, while the balanced outputs are fed through one 4-pin XLR jack, through a dual set of 3-pin XLR jacks, or through a 3.5mm balanced (TRRS standard) headphone mini-jack. Interestingly, both of the 3.5mm headphone jacks are equipped with iFi’s iEMatch circuitry, which matches the outputs specifically for use with very high sensitivity headphones, earphones, and CIEMs.

In keeping with past iFi practice, the Pro iCAN incorporates two signature circuits that have also appeared in earlier-generation iFi components: specifically, the XBass Bass Correction System and the 3D Holographic for Headphones and 3D Holographic for Loudspeakers Systems. The XBass System provides four settings (including an ‘Off’ setting) and is intended to correct bass deficiencies, if any, in headphones or loudspeakers, yet without adding garish amounts of low-end boost. In turn, the 3D Holographic System involves two separate circuits—one for headphones and the other for loudspeakers—that can be used to correct the problem of ‘in-head localisation’ that can occur when playing recordings mastered for loudspeakers through headphones. Alternatively, when used with loudspeakers the system aims to correct the “spatial distortion caused by the recording/ mixing/mastering process” and to restore “the original width of the soundstage’. I tried both systems at some length and found them admirably subtle and restrained in their effects, but most of the time I left the circuits switched off to better appreciate the rich, pure, and unprocessed sound of the Pro iCAN. 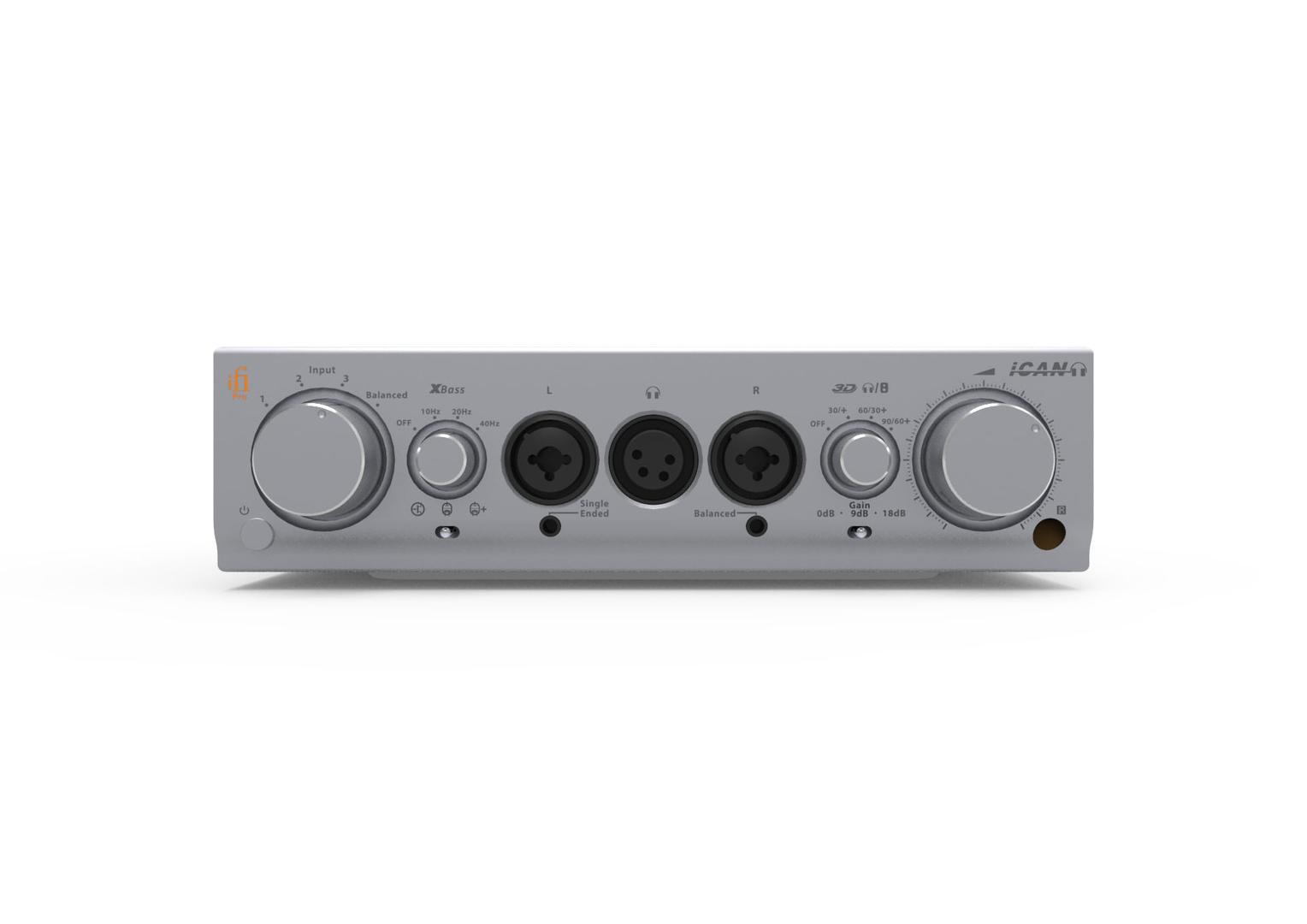 I tried the Pro iCAN with a bevy of top-class headphones including the ENIGMAcoustics Dharma D1000, the Focal Utopia, the HiFiMAN HE1000 V2, and the MrSpeakers ETHER Flow, and in every case iFi’s flagship amplifier behaved brilliantly. The amp offers a powerful, ultra-refined, and highly articulate interpretation of the unfailingly musical sound for which both Abbingdon Music Research and iFi Audio components are justly famous. This ‘house’ sound consistently expresses the natural and ‘organic’ warmth of live music, while at the same time delivering plenty of resolution, transient articulation, and extremely expressive dynamics.

The amp’s Solid-State, Tube, and Tube+ mode controls give you options for tailoring the sonic presentation either to fit your personal musical tastes or to match the demands of your chosen headphones or of the recordings in play. Happily, the Pro iCAN lets you switch modes on the fly (albeit with a brief tube warm-up waiting period when either of the Tube modes is engaged) so that you do back-and-forth comparisons to see which settings work best in any given context.

As a general rule, the Solid-State mode yields the most taut presentation with excellent linearity (that is, neutral tonal balance), quick and lively transient response, and crisp, sharp focus. Switching to the Tube mode gives similar linearity with a very slightly more softly focused sound, but with more vividly rendered tonal colours, superior harmonic richness, and even more expressive dynamics. Finally, the Tube+ setting is, as its name suggests, a bit like listening to the Tube mode on steroids (meaning that, on the right track and with the right headphones, the Tube+ setting can be positively enchanting). 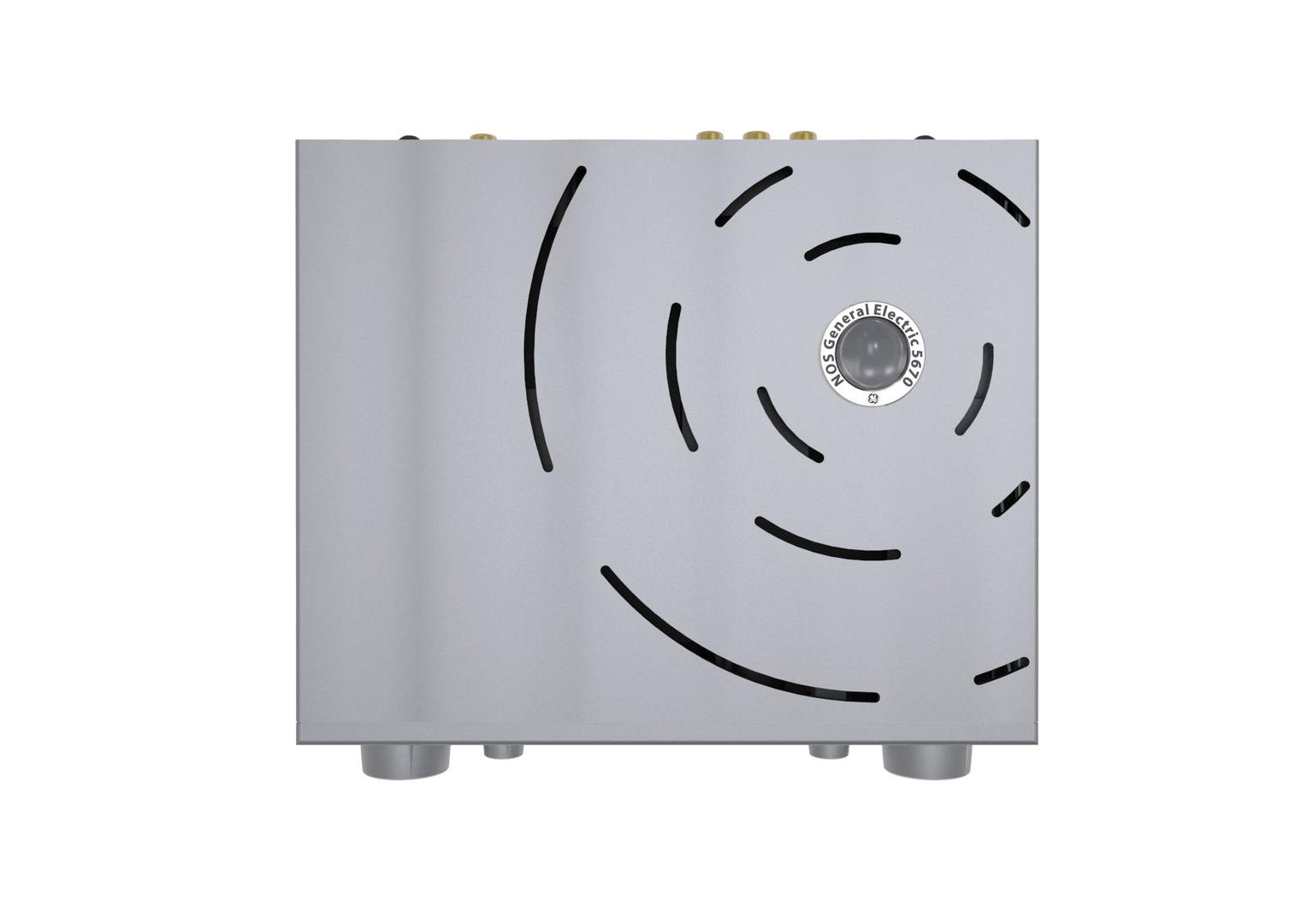 One such combination revealed itself when I used the Pro iCAN with Tube+ mode engaged to play the title track of Mary Chapin Carpenter’s Come On Come On [SBME Special Markets, 16/44.1] through the ultra-revealing Focal Utopia headphones. The Utopia is one of those headphones some might accuse of being too accurate for its own good, but on the track I’ve referenced the Pro iCAN helped draw forth the Focal’s more magical side. Chapin’s voice sounded downright luminous and seemed to float gracefully upon the air, while the backing instruments—most notably the piano and bass—sounded achingly beautiful with rich, deeply saturated tonal colours and a veritable panoply of harmonics that made them sound, at times, almost breathtakingly realistic.

The Pro iCAN is, quite frankly, the accomplished and masterful headphone amp many have hoped iFi Audio might eventually build. Better still, the Pro iCAN will soon be joined by iFi’s upcoming Pro iDSD fully balanced DAC and a Pro iEnergiser electrostatic headphone amp. The Pro iCAN is, then, a superb headphone amp in its own right, and one ready to serve as the centrepiece of one of the world’s finest personal audio electronics suites. 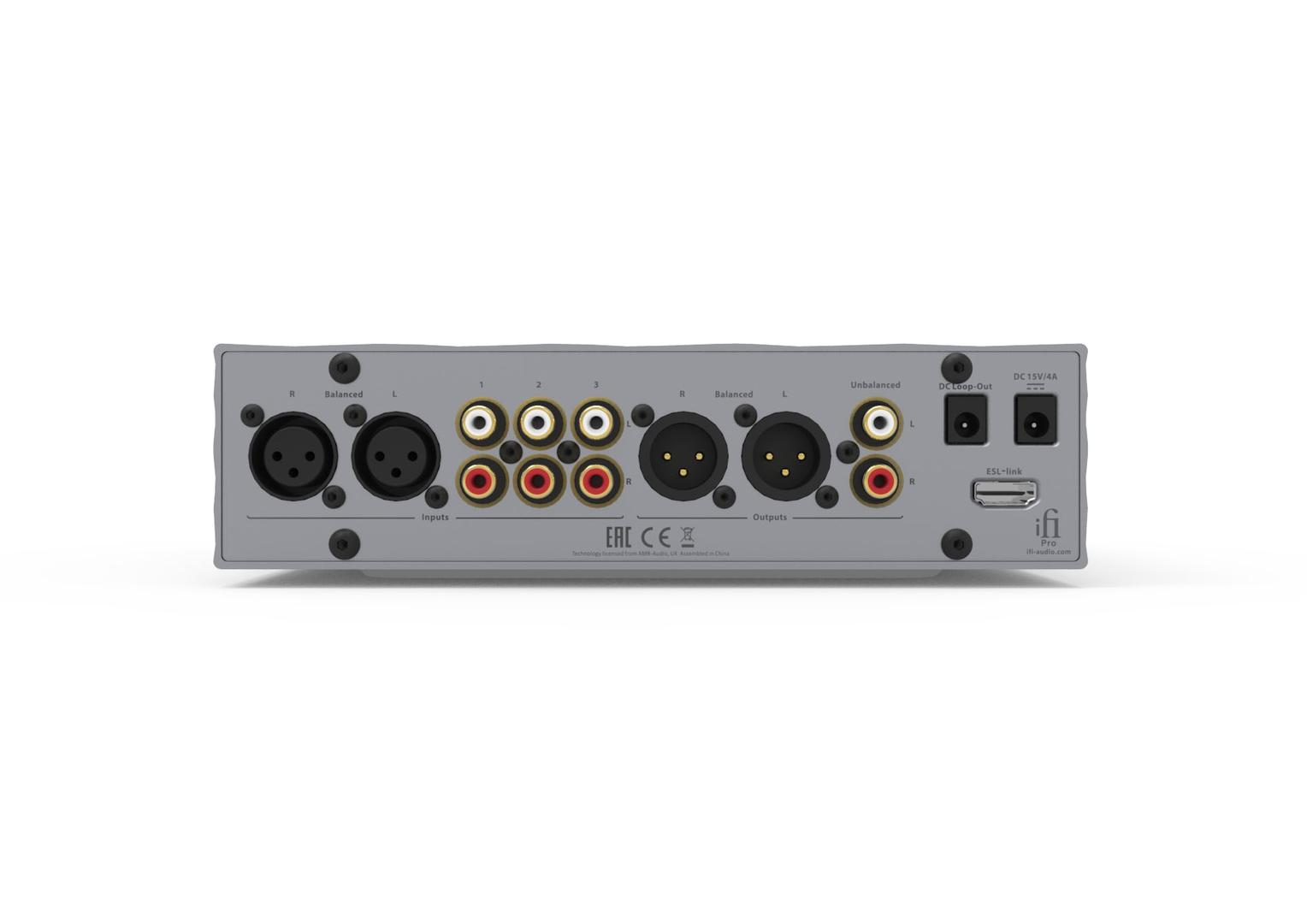