If we turned back the calendar to 2016 and took stock of HiFiMAN’s headphone offerings, we would see that the firm had moved forward from its critically acclaimed HE 1000 model to create the even better HE 1000 v2 (reviewed in Hi‑Fi+issue 143) — a headphone many critics regarded as the finest planar magnetic design then available. Given the HE 1000 v2’s presumed ‘king of the hill’ status, was there any real need to push the performance envelope even further? Apparently, HiFiMAN felt there was so that at the 2017 Consumer Electronic Show the firm pre-viewed a new flagship planar magnetic model known as the ‘Edition 6’, and whose projected selling price was an eye-popping £4,950 UK/$6,000 USD (twice the price of the already expensive HE 1000 v2).

Candidly, early samples of the ‘Edition 6’ did not show the full sonic potential that would become manifest in later versions as the headphone’s design evolved and its name changed to Susvara. (The name ‘Susvara’ has Hindu/Sanskrit origins and means ‘Sweet Voiced’). Where the original Edition 6 sounded somewhat like a lightly hot-rodded HE 1000 v2, the full-production Susvara decisively outperforms HiFiMAN’s former flagship model and even offers competition for HiFiMAN’s cost-no-object Shangri-La electrostatic headphone system (reviewed Hi-Fi+ issue 150). 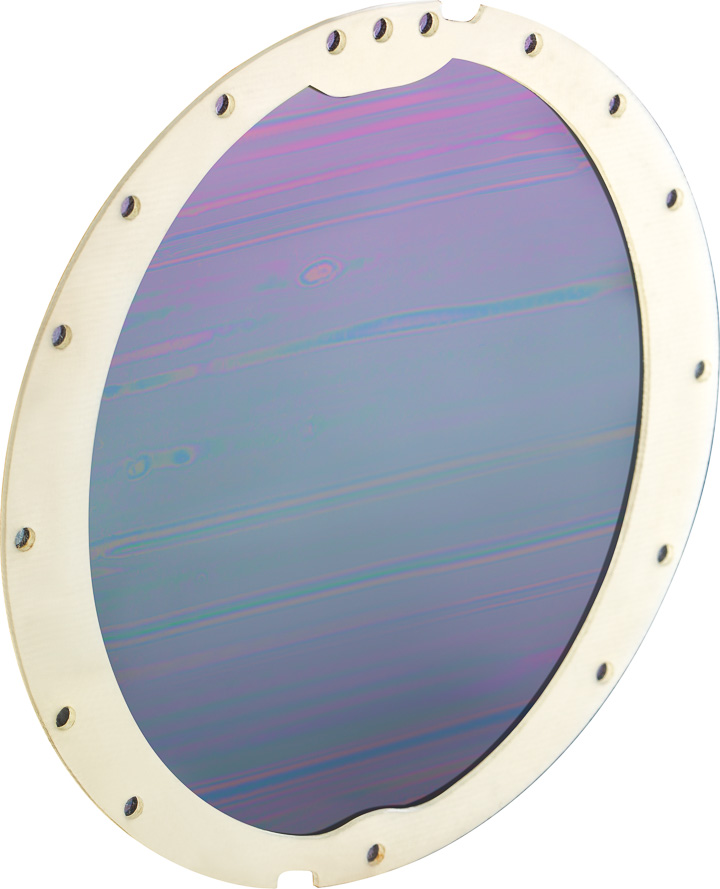 The Susvara is a full-size, circumaural planar magnetic headphone that in certain respects harks back to the design of one of HiFiMAN’s first great models: namely, the HE-6. The Susvara driver uses a diaphragm made of an extremely low-mass ‘nanometre-grade’, high tensile-strength material said to be “thinner than one millionth of a metre.” The objective with this and any other planar magnetic driver is to achieve the rare combination of critical damping, blazing-fast transient speeds, and low distortion across the entire audio spectrum, along with powerful and expressive dynamics.

Obviously, one mass-reduction strategy is to use thin, strong diaphragm materials, but another is to fit the diaphragm with low mass, serpentine voice coils traces spaced so as to take up no more diaphragm surface area than strictly necessary. Accordingly, the Susvara uses a thin, gold conductive voice-coil coating on its diaphragm (as did the original HE-6). Moreover, the Susvara driver uses what HiFiMAN terms ‘Stealth Magnets’, which are shaped to minimise problems with distortion-inducing diffraction and reflections. Instead, the stealth magnets allow sound waves from the diaphragm to pass through cleanly and with a minimum of disruption and distortion.

Similarly, the rear sides of the Susvara ear cups use a variant on the protective metal ‘Window Shade’ grilles first pioneered on the original HE 1000 headphone. The concept for the grilles is to provide just enough structure to prevent inquisitive fingers from poking the rear sides of the delicate Susvara drivers, while providing the highest degree of unimpeded and unobstructed airflow possible.

The ear cups frames of the Susvara are made of moulded thermoplastic wrapped with a fine wood veneer and trimmed with the aforementioned, brushed-finish metal ‘Window Shade’ grilles. The ear cups, in turn, are suspended from satin-finished metal yokes that allow them to swivel in both the vertical and horizontal axes. In addition, the yokes are attached to HiFiMAN’s arch-like metal headband frame, which is CNC-machined and hand-polished to a satin finish matching the other Susvara trim pieces. Finally, suspended from the arch-like metal frame is a ventilated, suede-like headband strap held in place by a pair of satin-finished metal keepers that can be moved up and down on the frame to adjust the headband fit.

The ear cup shape of the Susvara marks a departure from the ear-shaped cups used on HiFiMAN’s Edition X v2 and HE 1000 v2 headphones. Instead, the Susvara uses an ovoid ear cup shape within which is located a large circular opening for the Susvara’s round planar magnetic driver (the original HE-6, too, used circular drivers and a circular ear cup shape). At the narrow (or pointed) end of the ear cup frames, which face downward and a little bit forward, HiFiMAN has positioned signal cable attachment jacks. Completing the picture are bevelled, leather-clad ear pads whose touch surfaces are done in a comfortable, moisture-wicking fabric, with inner rings covered with a special perforated leather whose damping characteristics complement the Susvara drivers.

The Susvara arrives in a beautiful leather wrapped and metal-trimmed presentation case whose padded interior includes the Susvara headphones, two very high quality signal cable sets (one single-ended cable terminated in a 6.35mm headphone plug, and the other a balanced cable terminated in a four-pin XLR connector), a certificate of authenticity with separate serial numbers for each ear cup, a HiFiMAN warranty card, and a hardbound Susvara Owner’s Guide. The cables feature conductors, says HiFiMAN, consisting of “a single crystalline copper wire alongside single crystalline silver wire.” 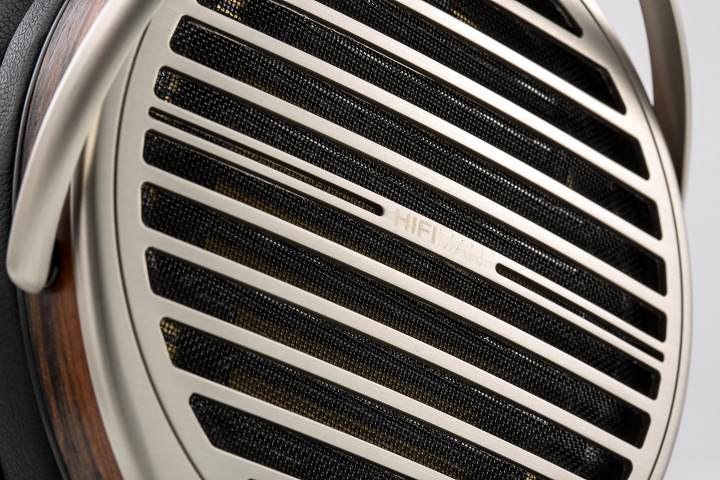 During my listening tests I drove the Susvara’s with three headphone amplifiers: a HiFiMAN EF1000, an AURALiC TAURUS, and a Chord Hugo2. The amps were fed by three DACs including an AURALiC VEGA digital audio processor, a Chord Hugo2, and an Exogal Comet. Other high performance headphones I had on hand for comparison included the Abyss AB-1266 Phi edition, and the MrSpeakers ETHER Flow and ETHER C.

If I tried to sum up the sound of the Susvara in just a few words, I would mention its almost endless reserves of resolution and detail, its evenly balanced frequency response, its extremely robust dynamics, and the sheer smoothness of its overall sonic presentation.

Very early on I discovered the Susvara likes power and plenty of it, which comes as no surprise given the headphone’s extremely low 83dB sensitivity rating. Accordingly, the Susvara gave of its best when driven by the powerful and revealing HiFiMAN EF1000 amplifiers; the headphones also gave good results with the other amps I had on hand, but the sound of the Susvara and the EF1000 was truly in a class of its own.

On musical material rich in inner details, for example ‘Lazarus’ from the late David Bowie’s Black Star[Columbia, 24/96], the Susvara is just plain seductive; you sit down to gather some pithy performance notes on the headphone and before you know it you find yourself completely lost (happily so) as you explore layer upon layer of increasingly subtle musical information. The transient sounds and the high harmonics of percussion, string, brass, and electronic instruments are presented in lavish (but not artificially spotlighted) detail, and with uncommon smoothness. In practice, this means the Susvara pulls off that most difficult trick in the audiophile world; namely, the Susvara delivers more musical information while at the same time making it look easy and effortless (which, trust us on this one, it is not).

But another key aspect of the Susvara sound involves its dynamic agility and sheer expressive power—an area where guest listeners are often most favourably impressed by the headphone. For an example of these dynamic capabilities in action, try the track ‘Rites’ from Glimpses of Tibet[itself an excerpt from 10th Anniversary of Rhymoi, 2003 – 2013, Rhymoi 16/44.1]. The track incorporates powerful low percussion, delicate high percussion, deep and sonorous Buddhist chants, and a peculiarly piercing and penetrating horn whose sound makes an appearance just past the mid-point in the track. As I listened along through the Susvara I was struck by its ability to serve up forceful and richly textured bass drum thwacks while at the same time rendering the sparkling and shimmering sound of high percussion instruments without skipping a beat. Later, when the chants began, I was again struck by the richly textured, slightly ominous, and profoundly human sound of the voices holding forth. However, it was the outburst from the previously mentioned horn that almost violently seized my attention, forcing me to see the horn as counterpoint to the low percussion and solemn chants that preceded its arrival. The point I hope I am making is that the Susvara transcends mere ‘hi-fi’ to convey something of the sweep, flow, and energy of live music.

How does the Susvara compare to the best of the best? Well, it’s voicing is highly reminiscent of that of HiFiMAN’s Shangri-La electrostat, though with perhaps just a touch more bass energy and, if anything, even more dynamic swagger. The Susvara offers almost as much transient speed, transparency, and resolution as the Shangri-La… and even where it falls short it does not miss the mark by much. Perhaps that is the point; the £50,000 Shangri-La system is superb but priced beyond reach for many of us, whereas the £5,000 Susvara, though undeniably expensive, can get us surprisingly close to the sonic mountaintop for a much more approachable sum. True, the Susvara requires a powerful top-flight amplifier, but for now it stands as the finest planar magnetic headphone HiFiMAN has ever made. 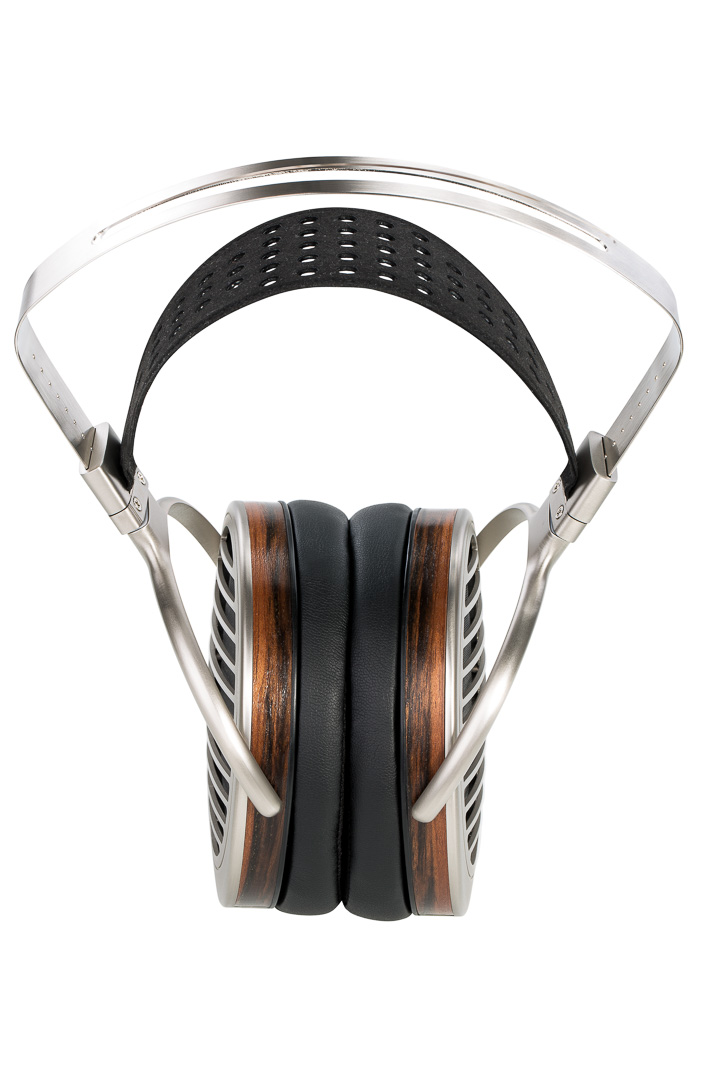