Integrated Amplifier of the Year 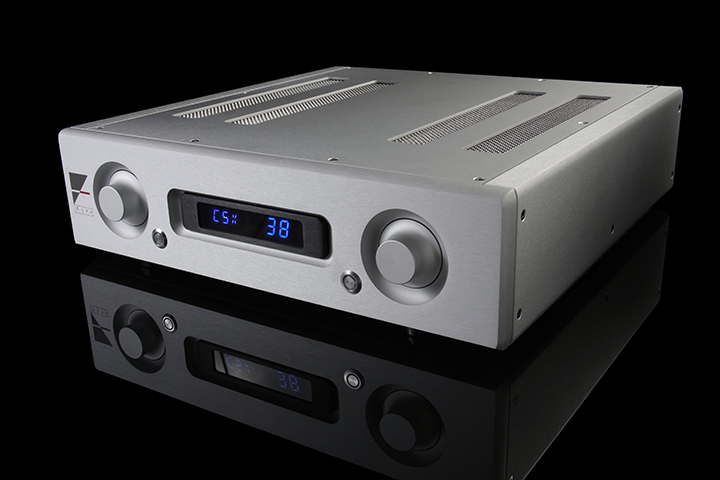 In making the AX-5 Twenty, Ayre Acoustics pulled together many important elements of design from existing higher-end Ayre amps into what has become the company’s only integrated amplifier, following the recent end of the brand’s entry-level 7 Series. The 125 watt per channel AX-5 Twenty uses Ayre’s VGT (variable gain transconductance) approach in its preamplifier stage, a design first seen in the company’s top KX-R preamplifier. This uses a pair of double-pole silver-contact rotary switches, connected to an array of precision, hand-selected resistors. This is not a stepped attenuator, however: these resistors alter the transconductance of two pairs of complementary JFETs in the power amp’s input gain stage. The all-balanced signal is then fed into a form of gateable bridge network of bipolar transistors; Richard Baker’s ‘diamond circuit’ that Charles Hansen of Ayre discovered languishing in an electronics book dating back to the birth of transistors. The ‘Twenty’ modifications add better thermal control and AyreLock output voltage regulation.

In our test, Alan Sircom suggested what the AX-5 Twenty delivers is “absolutely stunning amounts of detail retrieval, always staying the right side of ‘forward’, but with a fine sense of musical order and a good deal of enjoyment thrown in for good measure.” However, it isn’t overly bright or detailed. “A lot of this”, says Sircom, “comes down to that fluid naturalness normally associated with valve amps, but this time without the associated softness in the bass or a laid-back treble, and with a lot of power in reserve.”

Integrated DAC/Amp of the Year

This is a category that simply couldn’t have existed a few years ago. Such is the change in the industry from one-box-per-activity systems to all-in-ones that this category has grown faster than expected. So much so, in fact, that more integrated amplifiers are now shipping with built-in DACs, streaming systems, and increasingly fully-functioning digital hubs alongside the regular line-up of line level and phono inputs. This is a hotly contended sector at all levels, and deservedly so… such designs are increasingly taking the lion’s share of audio electronics sales, and the trend looks set to continue.

This year, however, we stuck our flag firmly in the high-end of this market, because it’s perhaps here that we have seen the biggest changes, both in product and perception. The Aavik U-300 Unity is at the forefront of that change, not just because it sports an incredibly good DAC, but because it also features an incredibly good phono stage and exceptionally good line inputs, all feeding into a powerful 300 watt per channel Class D amplifier that sounds truly world class. A few years ago, recommending such a device would have brought forth an angry audiophile mob demanding heretics be burned. But now, thanks in no small part to products like the Aavik U-300 Unity being demonstrated around the world, the scene is set for a truly open-minded investigation of what makes a one-box audio system in the future, at all levels. “Every input has the same exciting, yet even-handed sound,” said Alan Sircom in his test, and the U-300 Unity delivers “a fine sense of rhythm, a good ‘bounce’ to that rhythm, plenty of detail, and easy, unforced dynamics.”

Preamplifier of the Year

With its gold-effect front panels, and its black crackle top, rear, and side plates, the conrad-johnson GAT doesn’t cut an impressive visage. It’s fairly rudimentary, single-ended-only line input make for a features list that is not, on paper at least, that impressive, and all this makes the revised version of the GAT line preamplifier perplexing. Why? Because its sonic performance leaves you in no doubt that this – let’s face it – expensive preamplifier is worth every single penny, whatever its appearance and base spec say to the contrary. Isn’t that, at its heart, what good high-end audio is supposed to be about?

The revisions between the original GAT and its Mk II version are far-reaching, with more than 100 changes to the circuit design and component roll-out, necessitating a completely new circuit board. Fortunately, conrad-johnson has offered a full upgrade path for present GAT owners to move to the latest model, and the upgrade is well worth the taking. In testing, Roy Gregory opined that, “I’ve not heard anything that matches the GAT Series II. This is among the most genuinely natural and is definitely the most neutral pre-amp I’ve ever used – with none of the pinched, lean, or mean associations that term normally evokes.” He concluded that, “truly great preamps are few and far between, confined to those that genuinely manage to put the music first – and this is definitely, unequivocally a great preamp.” Summing up, Gregory said, “if you are well-healed enough – or committed enough – to consider a pre-amp at this level, c-j’s GAT remains at the top of the audition list.”

Power Amplifier of the Year 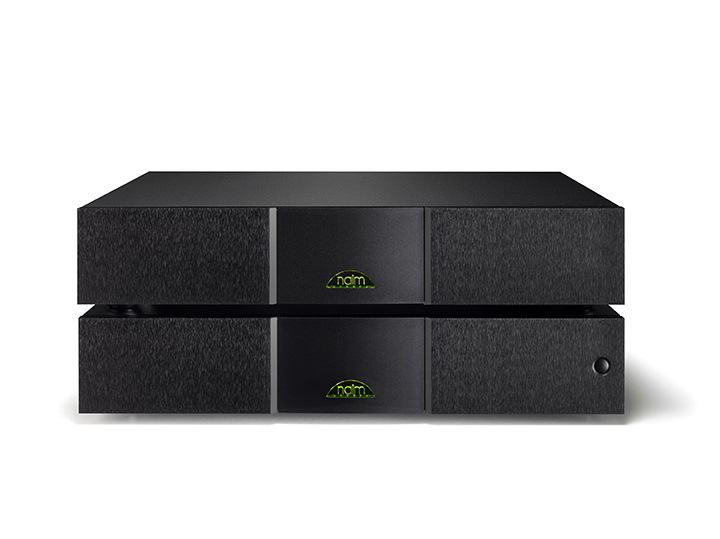 A key fixture in Naim Audio’s Classic Series of electronics, the two-box, top-of-the-line NAP 300 has long stood between the more affordable, lower power designs in the Naim range and the top-flight 500 Series and Statement amplifiers. As befits Naim’s inconoclastic approach, the 90 watt per channel amplifier is configured slightly differently from most two-chassis amplifiers, in that it’s divided between ‘brain’ (its power supply) and ‘brawn’ (the stereo power amplifier), rather than a more conventional mono design. Recently, alongside many of Naim’s range of power supplies and amplifiers, the NAP 300 has been upgraded to ‘DR’ status, replacing the chip-based regulator circuit with a discrete component board, as well as using the custom-designed NA009 output devices, which form such an important element in the outstanding performance of Naim’s Statement power amps. This is a fine example of ‘trickle-down’ in action.

Tested in the context of a complete system, comprising Naim streaming preamplifier, Focal loudspeakers, and a complete run of Chord Company cables, the NAP 300 DR shines out as a perfect expression of what Naim does so fundamentally right in all its products. In our test, Roy Gregory was deeply impressed by its, “presence and dynamic authority of its mid-bass, so vital to the feeling of instrumental identity, scale, and power, the intimacy it brings to vocals, its agility and poise, its easy sense of tempo, be that relaxed or hesitant, measured, or urgent.”