Lord knows you’re not short of choice when it comes to selecting a wireless, voice-controlled speaker. Every nominally mainstream brand, from the venerable to the no-profile, seems to have a dog in the wireless speaker fight – and, in the case of more than one or two of them, ‘dog’ is an accurate, if rather unkind, description of their wireless, voice-controlled offerings. However, the tide is turning; there are a number of surprisingly high performance wireless loudspeakers (many from traditional audio companies) that go a long way to address the sound quality concerns raised by audio enthusiasts.

Given that it’s lately owned by Samsung, it’s safe to characterise Harman Kardon as a ‘mainstream’ brand – and one of the more venerable, at that. Hi-Fi+ heard (and, broadly speaking, enjoyed) its Citation Tower wireless, voice-controlled stereo pair earlier this year – but those are (by prevailing standards) statement speakers, range-toppers designed to illustrate just what this combination of technologies might be capable of. This Citation 500, by contrast, is much more typical of the category: a single unit, designed to sit on a desk- or table- or kitchen work-top, with wireless connectivity your only option.

No matter the surface you choose to sit Citation 500 on, you’ll need to clear a bit of space. At 21 × 37 x 17cm (h × w × d), the Harman Kardon isn’t the most discreet wireless speaker on the market – and it’s not like the design does anything to minimise the bulk. Instead, Harman Kardon has attempted to make the Citation 500 look expensive in an anonymous kind of way. Yet again, I find myself livid at not having invested in Danish textile company Kvadrat before the boom in the wireless speaker market got under way. No matter if you decide you’d like a Citation 500 in black or grey, the speaker’s absolutely swathed in Kvadrat’s acoustic fabric – just like a hundred other wireless speakers.

Beneath that expensive-feeling, beautifully fitted fabric, the Citation 500 has more-or-less the technical specification its price insists on. A couple of 13cm doped paper mid/bass drivers are augmented by a pair of 25mm silk dome tweeters – the four drivers divvy up 200 watts of Class D amplification between them. Bluetooth 4.2 connectivity is a bit of a disappointment – aptX or, ideally, aptX HD is always preferable (although the benefits are arguably greater where battery life, rather than audio quality, is concerned – and the Harman Kardon is strictly mains-powered). As well as Bluetooth connectivity, the Citation 500 features Chromecast Built-In – so you can count on the fingers of one hand the streaming services, radio stations, podcast providers and so on that aren’t accessible with just a couple of smartphone prods. Music stored on your local network is easily accessible too. 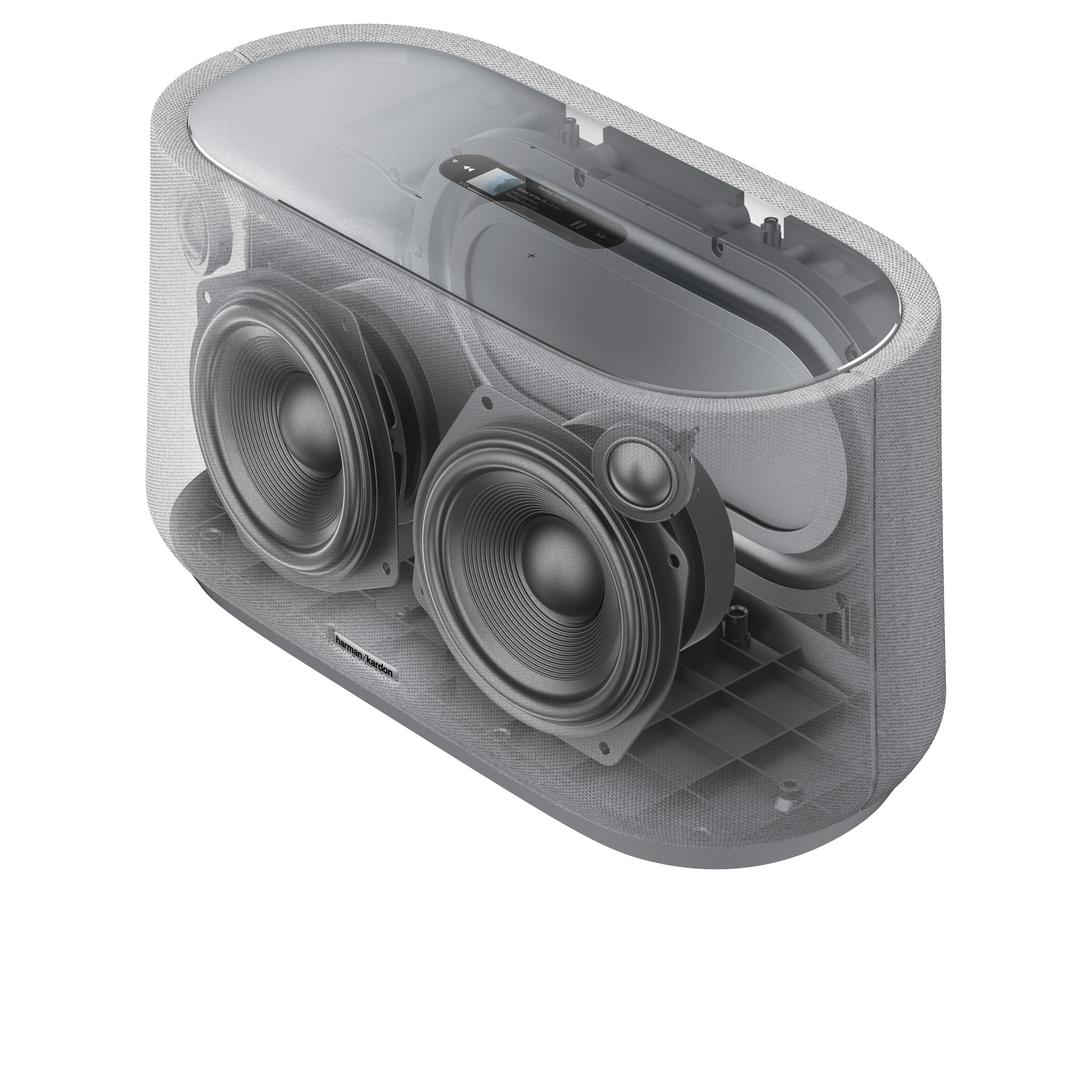 Harman Kardon has embedded a 24bit/96kHz DAC in the 500’s amplification circuitry and, just like the Bluetooth standard, there’s something just a tiny bit underwhelming about this native resolution. It can be argued, with some validity, that a £600 single-enclosure wireless speaker isn’t the most obvious product to show up the differences between 24bit/96kHz and, say, 24bit/192kHz – but it’s always nice to have the option of playing full-fat high-res audio files without them being downscaled by the machine that’s playing them.

No, the majority of your interaction with the Harman Kardon is via the medium of the spoken word. There are a couple of pin-holes for microphones just above the touch-screen, and the mics are capable of hearing your voice above even quite oppressive volume levels. Google Assistant is, in my experience, just competent enough to be utterly infuriating when it doesn’t instantly understand instructions – just don’t have the poor taste to show up with a strong regional accent and you should be ok. And if you’re not, just open the app of the service you’re interested in and cast it from there.

And you can safely call out “OK Google – volume up” with a fair bit more confidence than is advisable with quite a few rival designs. The Citation 500 is well capable of filling even quite a large domestic room with sound – there’s no doubt that Frank Zappa’s Apostrophe (‘) [DiscReet] gets slightlier shoutier (but no less smug) at antisocial volumes, but the Harman Kardon remains much more composed and coherent than many competitors when playing at indiscreet levels.

There’s similarly admirable dynamic equanimity on display here, too. No matter if you’re listening at background, low-level volumes or really pressing on, the Citation 500 describes both the broad ‘quiet/loud/quiet’ dynamics of The Field’s Yesterday and Today [Kompakt] and its more subtle harmonic dynamic variances with real assurance. There’s no shortage of punch and drive on display, but it’s not at the expense of nuance – which is another way the Harman Kardon puts worthwhile distance between itself and many similarly priced competitors. For many alternative speakers, the desire to generate something approaching ‘excitement’ can result in bloated, overstated and rather blunt low-frequency presence – that’s not the case here.

The smooth integration between drivers Harman Kardon has managed to finesse also adds to the impression of even-handedness – it’s the most successful speaker in the entire Citation range in this respect. The crossover between the tweeters and those relatively large mid/bass drivers is almost aerodynamically smooth, and this (along with the overall spaciousness of the soundstage the 500 generates) gives Mos Def’s Black on Both Sides [Rawkus] plenty of breathing space. The midrange is probably the biggest beneficiary of all, in fact – the rapping sounds natural and intimate, with ample elbow room, and it exists in its own little pocket even as midrange information is expertly integrated into the rest of the frequency information.

From top to bottom, in fact, the 500’s tonality is winningly judged – from the bite and crunch of the highest frequencies to the rigorously controlled punch and attack of the lowest, the Harman Kardon sounds unified. It’s pretty articulate but, even more importantly, its overall presentation sounds like that of a single entity.

Only the most hectic recordings (like Sons of Kemet’s Your Queen is a Reptile [Impulse!], for instance), where the dynamic variations are laid on with a trowel, can fluster the Citation 500. And even then, only a little. It’s not all that easy to force the Citation 500 out of its comfort zone and, even if you’re bloody-minded enough to attempt it, it’s tricky to get it to move all that far. It has an almost fanatical need to be in control of recordings, to properly exert its authority over them – but that’s not to suggest recordings are strangled or in any way repressed. The Harman Kardon just wants music to know who’s boss around here.

It’s important to note that all of the observations regarding audio quality apply to music that’s being delivered via Chromecast. As elsewhere in the Citation range, the equivalent Bluetooth performance sounds relatively bloodless by comparison – the Harman Kardon has a slight, but definite, talent for draining much of the animation from music when it’s introduced via Bluetooth. 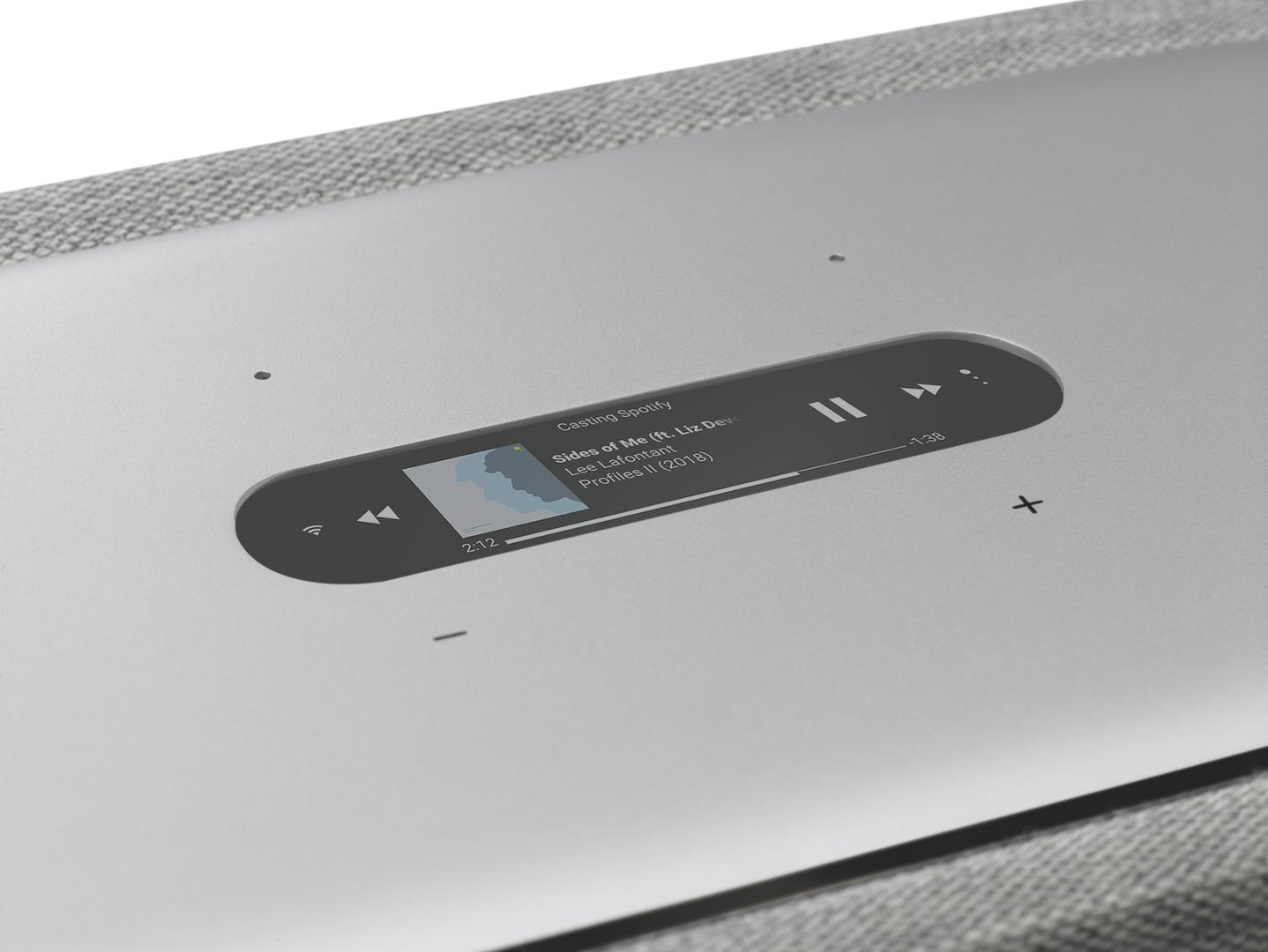 Obviously a wireless speaker costing just shy of £600, even one as competent as this, isn’t going to represent the state of any traditional hi-fi art. But what the Citation 500 does get close to representing is the state of the (relatively) affordable, (relatively) compact wireless loudspeaker art. Which is as much as we are entitled to hope for at the price.