It seems the Japanese are not very keen on using computers with their audio systems, but they are not averse to using what are effectively data drives to stream audio so long as it can be done without the aid of a PC. This attitude was behind Melco’s network servers, and a similar – but arguably even more uncompromising – approach is taken by Fidata. The HFAS1-XS20U – that name really rolls off the tongue – is a dedicated PC-less music server that doesn’t even let PCs or Macs near its library management, as the only way this can be accessed is through Fidata’s Music App.

The Fidata HFAS1-XS20U is a beautifully minimalist piece of kit with the bare minimum of controls and connections on its elegantly machined aluminium exterior. This metalwork conceals a chassis that has been beefed up (compared to Fidata’s first product the HFAS1-S10U) with a 3.2mm thick steel chassis to provide greater rigidity. The bottom is protected from RFI with a heavy copper plate while the top plate is 4mm thick aluminium, a thickness arrived at by listening to alternative gauge sheets and chosen for the quality of mid and treble it brought to the sound. This level of attention to detail seems to have prevailed throughout the development of both the HFAS1-XS20U and its predecessor, the company using an iterative approach to refining the product in order to deliver maximum sound quality. Fidata is a part of IO Data which makes a wide range of electronics products including computer drives, and this gives Fidata the luxury of concentrating decent resources on a single product. Why doesn’t Unilever do the same thing? 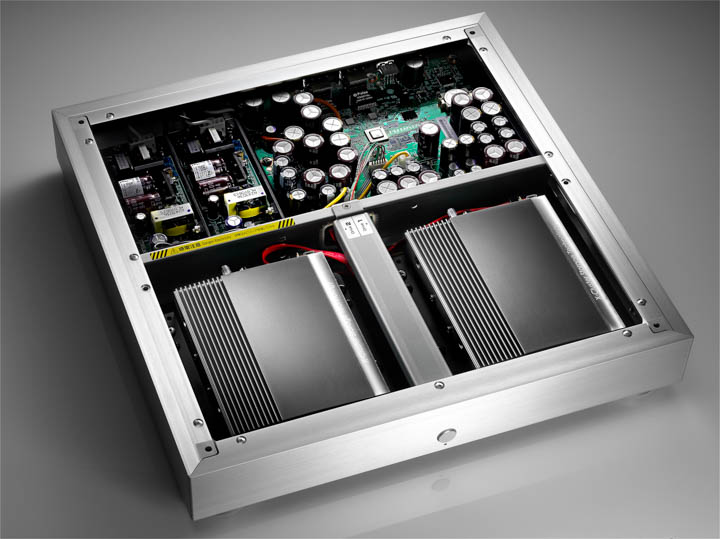 The HFAS1-XS20U server contains two pairs of Samsung 500GB SSD drives managed such that the data is shared uniformly between them, this is an approach that Fidata calls an X-Cluster and it was created to maintain a constant load on the power supplies and thus to reduce noise. The unit has a pair of linear power supplies that like the rest of the design were chosen to produce the minimum of noise. The drives are arranged so that they can run in a RAID configuration whereby two act as backups for the first pair, however this reduces storage capacity by 50%. It would be more cost efficient to back up the library to an external drive either on the network or via USB.

Connectivity extends to Ethernet ports for network and streamer connection and USB 2.0. Having a dedicated ethernet port for a streamer has the benefit of removing the need for a network switch to channel the data and provides an extremely clean connection, and the whole system is controlled by the aforementioned Fidata Music app. This is similar to Linn apps in that you scroll through the library on the left-hand panel and selected albums or tracks are placed on the right to form a playlist, the playback controls are underneath with the option to control volume.

We have become lazy and the Fidata will not tolerate such slackness! Just as a record player doesn’t double up as a tape recorder, so the Fidata doesn’t do online streaming. As most systems with a music server will include a Media Renderer that will pull such services together, I think the Fidata’s ‘do one thing brilliantly’ approach is better than a ‘Jack of All Trades’ way of doing things.

This server is therefore dedicated to delivering your own library and to this end it’s possible to attach a disc drive and either play or rip CDs to the Fidata (via the lone USB port) which uses the Gracenote library to gather metadata. Various setting options allow the colour and brightness of the indicator light to be changed, auto off time to be anything from 20 minutes to never, and even to use DMR or OpenHome renderer options within the Twonky 7 software that runs the server. It’s also possible to choose automatic switching between DSD direct and DoP (DSD over PCM) to suit the attached DAC which is a rare feature. 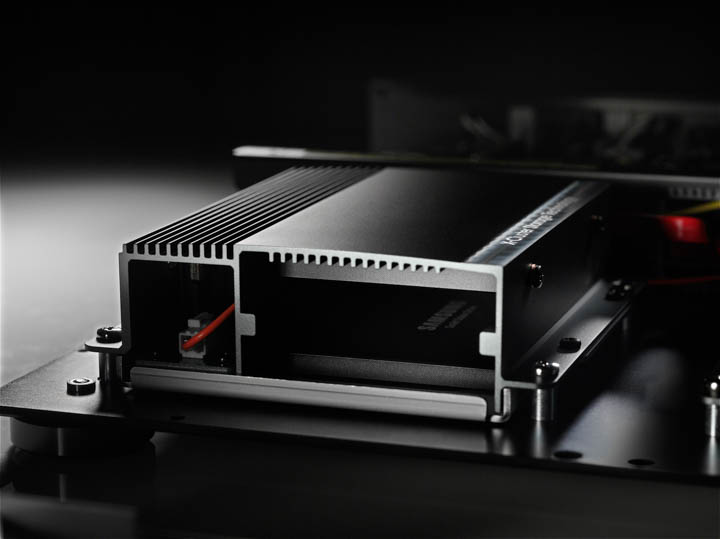 In the system with the USB output connected to the rather good Auralic Vega G2.1 DAC/streamer the Fidata sounded as refined as it looks, perhaps more so. I don’t mean smooth and a little turgid in the Japanese electronics style that many will have encountered, I mean extremely low noise which allows for very high resolution with loads of detail presented in a coherent, engaging fashion. I’m not generally a fan of USB to DAC server connections and prefer to put a streamer in between (or streamer with on-board DAC) but the USB output on the Fidata sounds better than most and has the ability to deliver dynamics and musical detail in a musical fashion that had me hooked almost from the off. The drives were rammed with audiophile albums on the test sample and there were some gems in among them including Kenny Burrell’s Midnight Blue [Blue Note] only the track ‘Chitlins Con Carne’ was in the folder but it revealed the inspired nature of his guitar playing by delivering its bright tone over an understated groove from bass and percussion. The sound was as smooth and taut as you could ask for. I put a few of my own tracks on the drive to get a better handle on things and was impressed with the results produced, each one had oodles of character so Conjure’s ‘Jes Grew’ [Music For The Texts Of Ishmael Reed, American Clavé] was a little forward as expected but, in terms of timing, handled rather better than usual. This piece can easily sound messy because there’s so much going on but the Fidata sent it down the line in extremely well sorted fashion, allowing the quality of musicianship and composition to be easily appreciated.

I really like the tone of the mids and highs that this server provides, it has a seamlessness to it that makes other digital sources seem a little dry and coarse, you could call it an analogue smoothness but it’s not quite like that, if anything noise is better suppressed than with many analogue sources. Thankfully this is not achieved at the expense of the bass, which is powerful and muscular with the right material, one track eliciting the old notion of an iron fist in a velvet glove so solid and driven was the bass line. You expect Japanese electronics to do finesse but bottom-end grunt is a real bonus.

Just to get a better idea of mid and treble performance I put some chamber music on, Haydn as it happens, and was immediately seduced by the refined and melodic presentation. It’s not as gritty as some but delivers plenty of texture with a strong sense of vivacity from the original instruments being played. The piece got really spirited toward the end, so much so that some air baton was required, a sure sign of high engagement power in my books.

While the purist approach (Fidata direct to Networked DAC) is the right way to do things, I also used the Fidata in my preferred streaming set-up, that is taking the ethernet output into an AURALiC ARIES G1 streamer prior to passing it onto the DAC. This proved equally enthralling with Radiohead’s ‘Decks Dark’ [A Moon Shaped Pool, XL] delivering an open and nuanced soundstage full of rippling reverb thanks to strong low level resolution from the server. When the vocals kick in there’s a depth of tone to the sound that allows easier lyrical comprehension, which with a mumbler like Thom Yorke is a true boon. Likewise, the lack of distortion makes it very easy to turn the volume up and become immersed in the experience. I found Glenn Gould’s version of the Goldberg Variations [Columbia/Sony] on the drive and have to say that the Satie-esque fragility with which he played had a downtempo charm that I couldn’t resist; he makes the piece very much his own and every nuance is plain to hear. 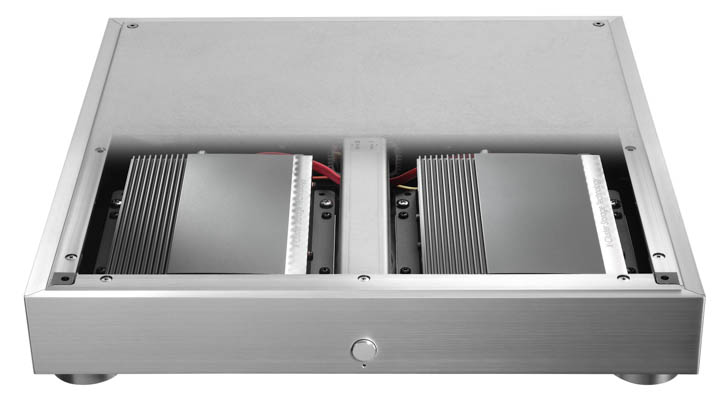 Listening to the Fidata – especially in the most uncompromised, most direct ways – highlights the Japanese are eschewing the PC in an audio setting for a reason. HFAS1-XS20U server rips and plays your stored music exceptionally well, and if that means it should be unencumbered by demands for streaming services on purely sonic grounds, then so be it! Those who want to enjoy their digital music collections at an uncannily high level of resolution and musicality will find an awful lot to like about this beautifully executed and highly refined server.