There are two opposing forces in high-end audio, especially digital high-end audio. The first is the notion that the best products can only be made by large teams of engineers, each an expert in their own little fiefdom of digital audio. The other holds a completely opposite position; that the best products can only be the result of one visionary engineer. The APL DSD-SR Mk2 is very much in that latter camp, being the brainchild of the adept digital designer Alex Peychev.

Of course, the reality is there is a lot of convergence between these two almost invented opposing positions, as even the largest design teams often report to an expert with the vision to guide the project, and the ‘one-man-band’ is often simply the head of a team of clever engineers. That all being said, the Bulgarian designed and built APL DSD-SR Mk2 is the kind of project that can only be made by ‘a man with a plan’. And Peychev – with his extensive background in pro-audio design (including several years as one of the lead engineers for Sony Broadcast and Professional Group) – could almost be the archetype for ‘a man with a plan’. 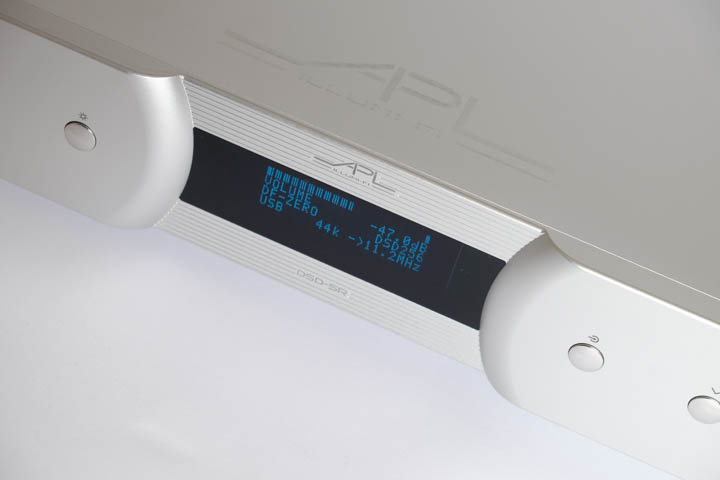 That plan includes practically everything a digital audio enthusiast might want from a DAC today. A purist circuit eschewing any kind of relay switching in the input stage or op amps anywhere in the audio circuit, the DSD-SR Mk2 features paralleled DAC chips, on board femtosecond low-jitter clocks and a fully transformer-coupled zero-feedback Class A output stage featuring top-notch Lundahl transformer for both balanced and single-ended output.

APL has also taken a very modular approach to the internal architecture of the DSD-SR Mk2, with carefully isolated power-supply, digital input, logic, digital processing and analogue output boards. This means if in the unlikely event of something untoward happening to the DAC, or the DAC itself requires a significant upgrade to remain at digital’s leading edge, there are lone boards to swap instead of a whole DAC needing a change. As it stands, however, the DSD-SR Mk 2 supports PCM to 32bit, 384kHz (S/PDIF to 24/192), and up to DSD256. If you use its built-in volume control (as in, using the APL as combined DAC and preamp), the 0.5dB digital step volume is non-decimating, so no nasty bit-chopping. There are no network options, however, and the DAC does not support MQA.

The ‘DSD’ part of the DSD-SR Mk 2 name is not simply due to its native DSD support; there is a proprietary PCM-DSD converter, and all PCM inputs – regardless of resolution – are converted to DSD prior to digital-to-analogue conversion. This can be DSD128 or DSD256, selectable from the remote. APL chooses not to disclose the make of DAC, but it’s academic because the paralleled design – which uses the flagship DAC chips as mono DSD-only designs running in Class A.

It’s very solidly built, too, in a case far heftier than most DACs. The rear panel is an exercise in simplicity, with twin coax and one Toslnk S/PDIF connectors, an AES/EBU balanced digital input and a USB-B connector. There is also what looks like a RJ45 Ethernet connection marked ‘DTR’; this is a proprietary connection for APL’s own digital transport and network streamer. The front panel with its clean and descriptive (if a bit small) three-line display is packed with detail. The curved sides contrast well with the elegantly finished front section too. Five buttons in total (one of which is a power button) doesn’t make for a festooned front panel but gives you pretty much all the access you need to navigate the settings and inputs on the DSD-SR Mk 2. 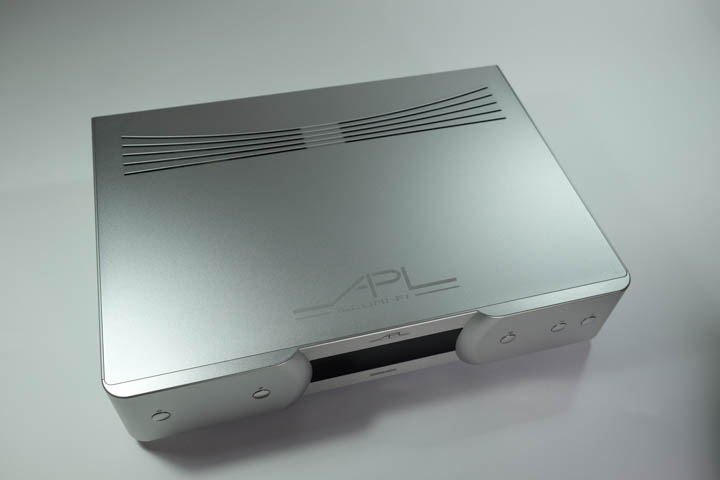 There is a long(ish) running in required with the DSD-SR Mk 2. The overall tonality and performance are good from the outset, and the basics of the presentation don’t change substantially over those warm-up hours, but the difference between APL fresh out of the box and APL a hundred or more hours later is marked, and the changes are all for the better. I used it with a variety of sources – sadly none with APL’s own connection – and found a really good front-end partner in the USB output of a Melco N10. While the APL’s own asynchronous USB input helps level the playing field between something like a Melco and a computer, the advantage of the dedicated server is immediately audible through the APL, showing its mettle. I used it in both balanced and single-ended into an Audio Research LS28/Ref 160S combination into Wilson Audio Duette Series Two loudspeakers, using Cardas Clear cables where possible.

The APL is the kind of audio device that will be used with a lot of high-grade audio tracks and really doesn’t need that kind of gentle approach for its appraisal. Yes, it sounds magnificent when playing some late 1950s smoky jazz club ‘choons’, or even ‘Limehouse Blues’ from that audiophile benchmark (and well-known Spoonerism) Porn At The Jazzshop[Proprius]. In those settings, the APL DSD-SR Mk 2 has the sort of structure and soundstage dimensionality and solidity to make the music come to life. You are there in a Chicago dive in 1959 or in a Stockholm jazz club in 1976. But that’s just the start. 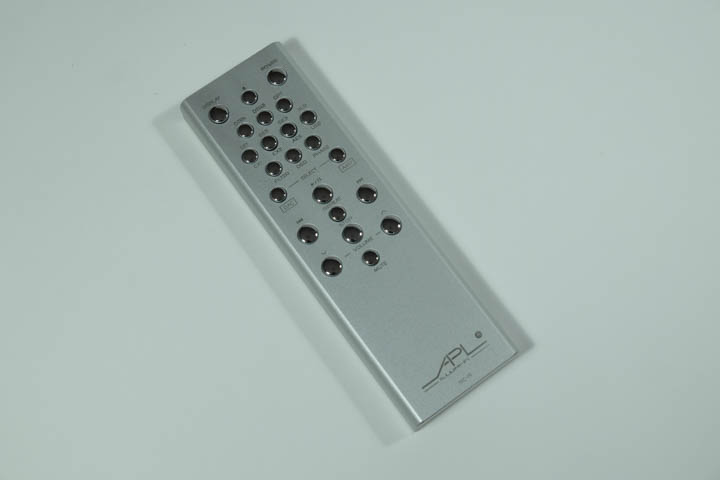 Where the APL really shows its worth is on less ‘polished’ recordings. I’m not proud of this one but try listening to the live version of ‘La Mer’ from Julio Iglesias En El Olympia album [Phillips, TIDAL]; while a good recording, it’s something that relies on the interplay of the musicians rather than stereo separation or imaging. Similarly, ‘Misty’ by Donnie Hathaway [Everything is Everything, Atco] is all about the performance (Hathaway arguably ‘owns’ this track as a result of his soaring vocal) and while that needs all the detail resolution and vocal articulation a digital device can throw at a track, there’s something almost always missing that the APL gets right from the outset; the harmonic structure and resonance of his voice. In fact, this is so notable on the APL and so commonly absent from other seemingly well-respected digital players that you might think the company is somehow ‘stacking the deck’. However, this isn’t a deliberately tailored sound or additional second-harmonic distortion filling out the presentation; it’s that the fullness of the sound is, for once, not overlooked.

It doesn’t really matter whether you move from this point to well-recorded albums, or thin and compressed tracks that sound like an angry chimpanzee was at the controls; the APL strives to present so much information in good order, it makes the best of each successive track played.

This harmonic integrity could so easily push itself over into an over-rich, over-ripe mix, but even with some of the more lush and densely over-produced sounds of the 1980s, the DSD-SR Mk 2 always stays on the right side of ‘honest.’ Frankly, I’d almost given up on making mid-1980s ‘hair rock’ sound good (not a big loss); the vast wall of sound and over-resonant drum sound of tracks like ‘I Wanna Rock’ by Twisted Sister [Stay Hungry, Atlantic] is perhaps best left in 1984, but at least the APL doesn’t highlight everything about it that’s bad like most DACs. Instead, it brings out the dynamic and energetic performance exceptionally well. That ‘energetic’ performance is perhaps more geared to the quality of the playing than the pacing of the piece – and I suspect those who place a powerful rhythmic grip beyond all might look beyond the APL – but as a resolver of musical talent and intention, the APL DSD-SR Mk 2 sets a high bar.

I used an APL DSD-S DAC for some years, for many of the reasons outlined in this review. It never put a foot wrong, always sounded like real music and was one of those ‘best-kept secrets’ in audio. When I played it to people – both audio veterans and hi-fi neophytes – it was rare to find someone who didn’t like what they heard, unless they were too far down one of the ‘this is how digital should sound’ rabbit holes to be objective. The DSD-SR Mk 2 effectively knocks the older DSD-S into the weeds yet retains the same basic performance characteristics. 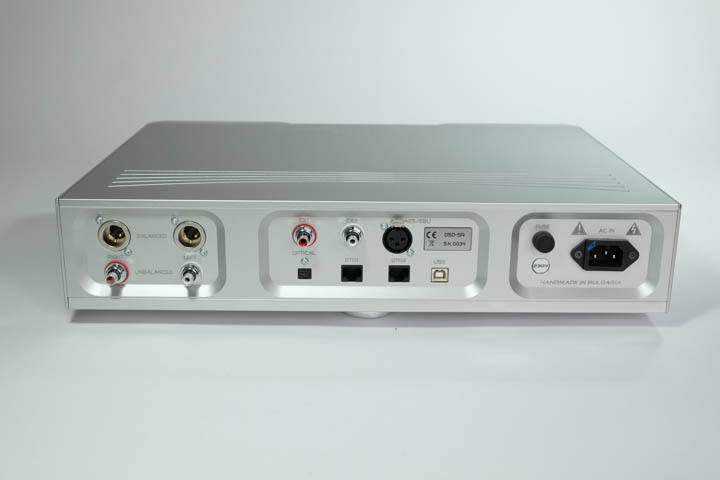 I don’t want APL to stay the best-kept secret in high-end audio, however. The DSD-SR Mk 2 deserves to be better known, because if more people knew what digital is really capable of, then digital audio would make that next jump in performance that it so desperately needs. If there were more Alex Peychev’s designing products of the calibre of the DSD-SR Mk 2, we’d be collectively less willing to put up with what passes for good digital audio today.