25th June 2020, Kent, UK: Chord Electronics’ Gofigure set-up app for the company’s portable streamer/servers, Poly and 2go, has been updated to provide better performance across a number of key areas. The update forms part of the Kent company’s commitment to a continual improvement programme for its network audio products. The new version of Gofigure also prepares the new 2go streamer/server for a forthcoming firmware roll out.

The latest version, Android 1.2.90 and iOS 2.05 for iOS, benefits from enhancements to AirPlay, Wi-Fi and MPD, as well as several improvements affecting playlists, battery status and network switching.

The new and improved version of Gofigure has been released on both Android and Apple platforms simultaneously and can be downloaded directly from the Google Play Store and Apple’s App Store; users are advised to undertake a fresh install for best results. iOS 13 and Android 7 (or higher) are also recommended.

2go users are strongly advised to update to the latest version of Gofigure, in order to optimise their devices for new 2go firmware (the first since the product’s January debut) which will automatically roll out via an over-the-air update this month. 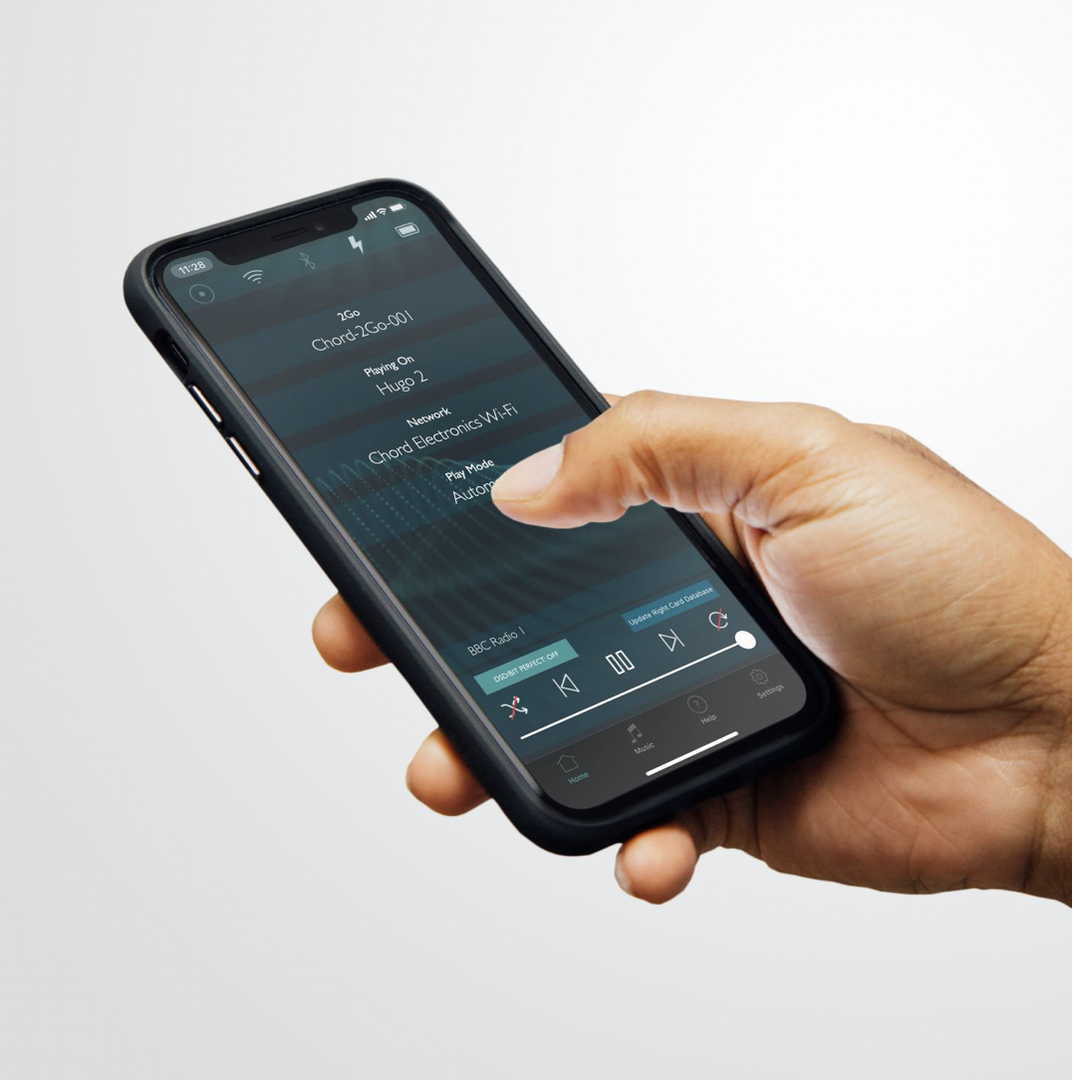 Gofigure is an intuitive configuration app for Poly and 2go that provides easy network set-up and simple settings management, all within a slick and powerful interface. The app offers effortless navigation through both 2go’s and Poly’s main configuration options and benefits from an easy-to-use set-up wizard.

Gofigure is a configuration companion, designed to complement existing third-party control point (playback) apps, such as mconnect and 8 Player. Gofigure simplifies many of 2go’s and Poly’s advanced processes, and offers simple control over the various set-up options, in one simple app.

Gofigure is free and is available now for iOS and Android devices: search ‘Gofigure’

Chord Electronics Ltd is a world-leading manufacturer of high-performance hi-fi and audio products. Since 1989, from its spectacular riverside base in Kent, England, Chord Electronics has been creating some of the planet’s finest hi-fi, home cinema and professional audio equipment. A technology-driven innovator, Chord Electronics continues to deliver excellence through exemplary audio engineering, cutting-edge design and a true aesthetic understanding.

The reopening of the hifi industry