On its second day, the Specialty Audio section of CES in Las Vegas was better attended than the first. Not to the point where the corridors were filled as they once were, but less empty than Thursday. Here are some of my personal highlights of the day. 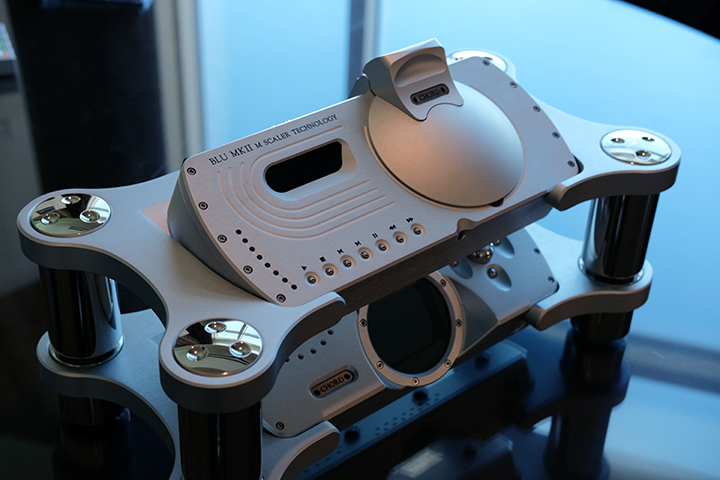 Chord Electronics had a press launch on Wednesday, but I was double-booked. So, I got a private viewing of the three new products early Thursday. The £7,995 Chord Blu Mk II CD transport replaces the popular Blu, adding greater filtering and upscaling to reflect the increased capacity and speed of the latest FPGA. In particular, the M-Scaler uses a completely new filter architecture, only possible by using the latest Xlinx FPGA with more than a million taps on hand to better approximate the infinite tap-length filter required to recreate an analogue signal.  FPGA improvements have also driven the change to the £1,800 Hugo 2, which now supports Octa-DSD and 768kHz PCM processing and a slew of other improvements, moving the design forward. But perhaps most exciting of all is the new £499 Poly that attaches itself to the popular Mojo. This brings Bluetooth A2DP, Wi-Fi, full platform-agnostic wireless streaming, and even a Micro SD socket. This makes the Mojo+Poly (now dubbed the ‘Mojopoly’) a wireless audio nerve centre for headphone listening. There’s even a built-in battery with nine hours of battery life, and it doesn’t need to be unplugged to also charge the Mojo. Chris Martens will cover these in greater depth later, but this is a technological tours de force! 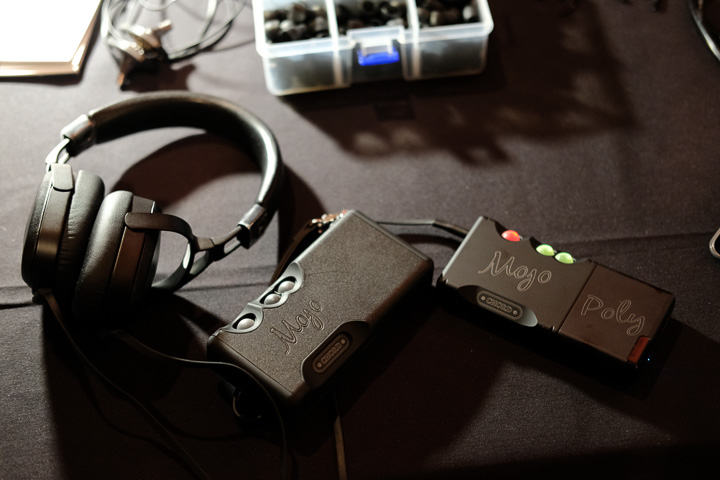 Having wowed us with the outstanding Neo does-it-all amplifier at a very reasonable price last year, Moon went to the other place, and announced a new mono power amplifier, the 888. So called because that’s how much power it delivers into eight ohms (it could be called the 1.2 horsepower), this behemoth mono 136kg amplifier was more than just brute force and capable of some surprisingly subtle textures playing through well set-up Rockports. They are priced at $118,888 per pair!

Having thought we had seen all the Wilson Audio systems at the show, the second day saw something of a pleasant surprise in the shape of another pair of ALEXX loudspeakers, this time playing in Nagra’s private suite at the Mirage. The Swiss company had an exhibit at the Venetian, but had its ultimate system (complete with Kronos turntable, Transparent Audio Opus cable, and HRS racking systems) in the more salubrious setting of the Mirage. Made up of extraordinary equipment both from within our portfolio and without, this was one of the show highlights, capable of at once great subtlety, texture, effortless detail, scale, and dynamic range. This was the first US outing for the new Nagra HD AMP 250W mono amplifier (that delivers 30W in pure Class A). In fact, it was more than a system, it was a time machine… you expected to spend a few minutes listening, only to discover you had been in the room for an hour or more and felt no desire to leave. And then you looked around and everyone else in the room had been there for an hour or more, too. The true arbiter of a really good system. 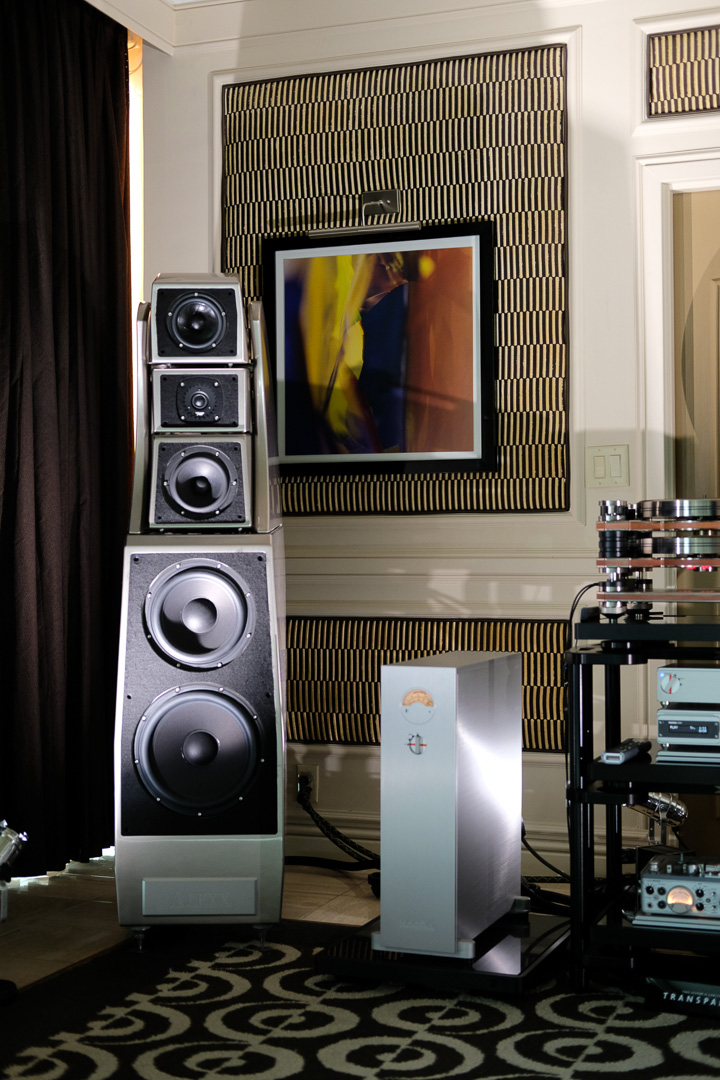 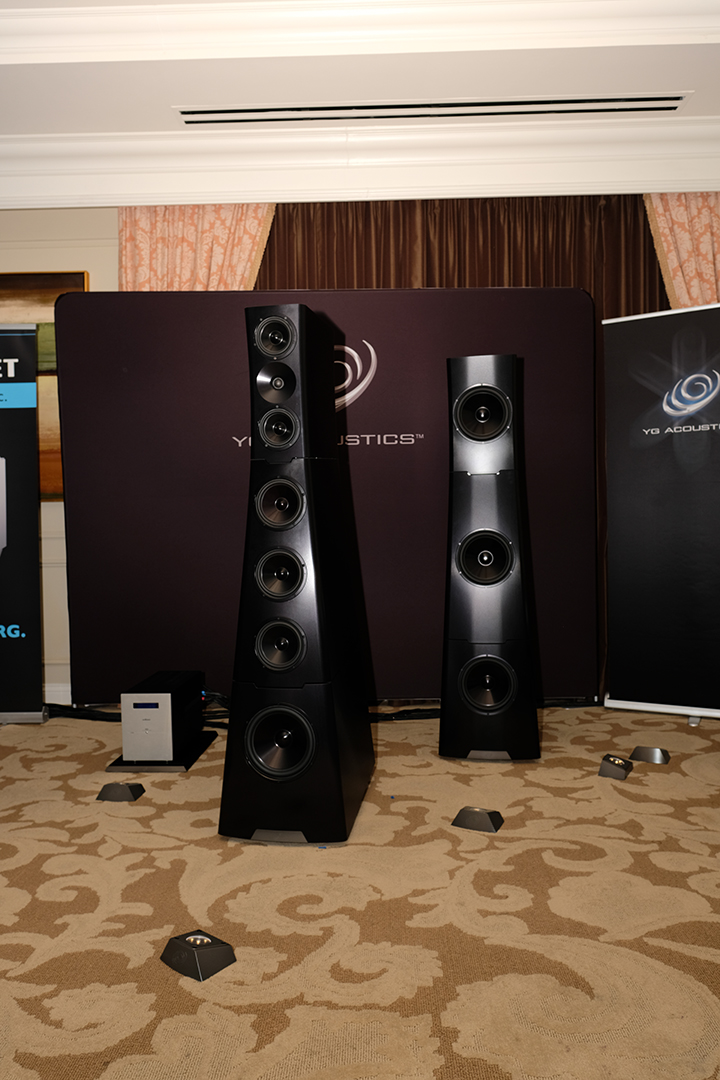 LAMM doesn’t subscribe to the new product of the month club, so when it announces a new $22,790 L2.1 Reference line level preamplifier, it’s all the more of an event. This new two-box hybrid design is an evolution of the longstanding and popular L2, using as it does a choke-regulated valve power supply driving a MOSFET (running at very high voltage). As ever, LAMM makes a wonderfully harmonic sound, playing through Kharma’s outstanding Enigma Veyron EV-2. 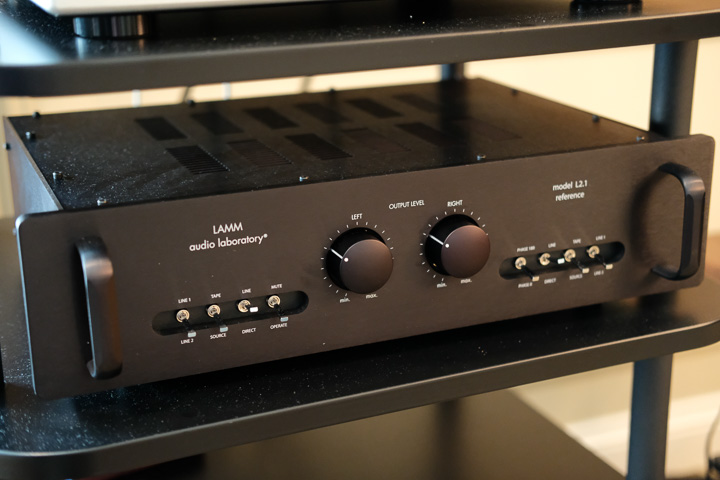 Technics continues its passionate return to high end audio with three new products for 2017.  The SL-1200GR represents a slightly scaled down version of the SL-1200G, retaining the same direct drive motor and basic chassis, but features a lighter aluminium platter in place of the brass/aluminium design, slightly less torque in start-up and a few other changes. In the process, it shaves $2,000 off the $4,000 price. The two look functionally identical, however… so much so that I photographed the wrong model in low light! 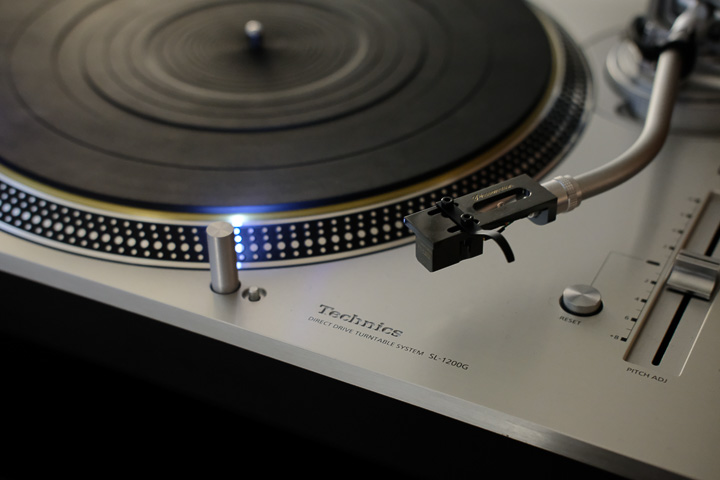 The company is also launching a new pair of loudspeakers and an integrated amplifier later in the year. 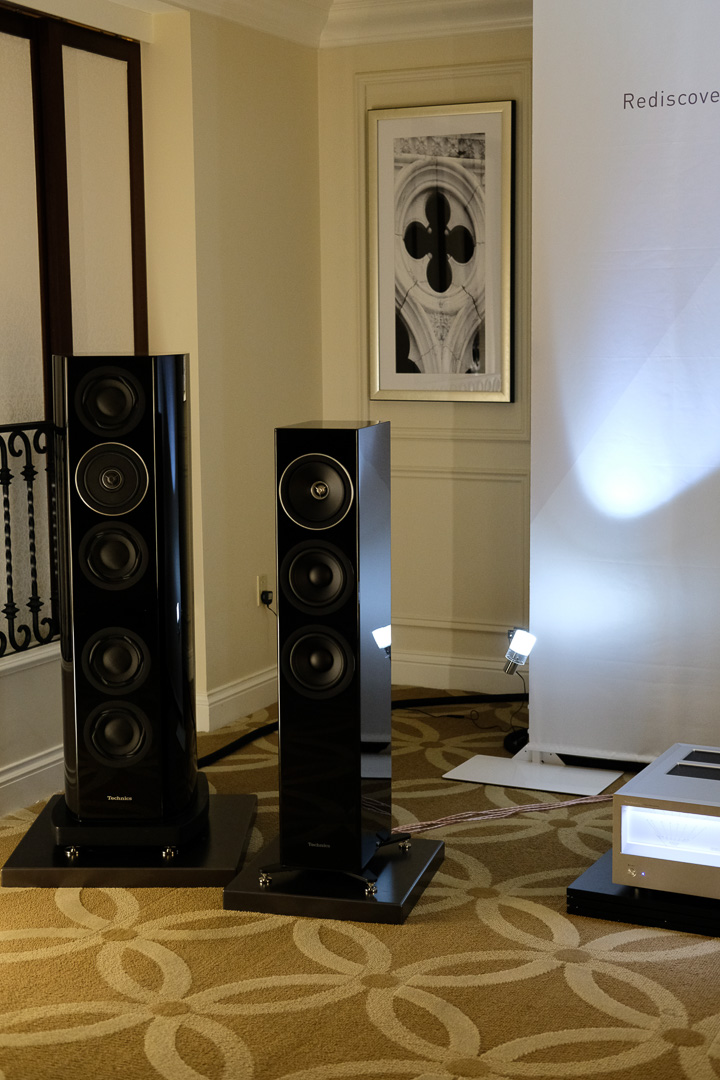 Cardas Audio launched the Iridium range of loudspeaker, interconnect, and phono cables at the show. Of special note is the interconnect: a star-quad design using Cardas’ own copper and arranged in its unique Golden Ratio, this new $250 cable replaces the evergreen and ever-popular Microtwin (the speaker cables replace Twinlink). The company also announced a special edition version of its A8 Ear Speakers, to celebrate the company’s 30th year. 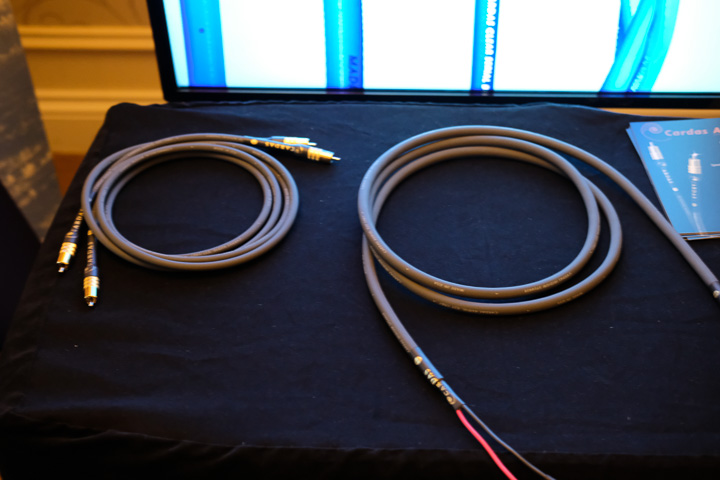 Staying with cable companies, Transparent Audio is calling this the year of power. The company recently launched its Opus Power Cord, and added a more flexible version for less power-hungry source components, called – obviously enough – Opus Power Cord Source. Following in the footsteps of Opus interconnects and loudspeaker cables, the company has investigated every aspect of cable design, termination technology (it makes its own terminators, except for a Furutech 13A plug), and its low-pass filter network (custom designed for specific cable lengths). However, in a prime example of ‘trickle down’ technology, Transparent has used the skill-set developed to create Opus power cords and brought it to the XL and Reference lines, and even to its Premium and High Performance power cords (albeit, in the High Performance model, the high value of the design makes the inclusion of a filter network impossible). These are all part of Transparent’s Generation Five cable range, which also now includes a new High Performance Ethernet cable. 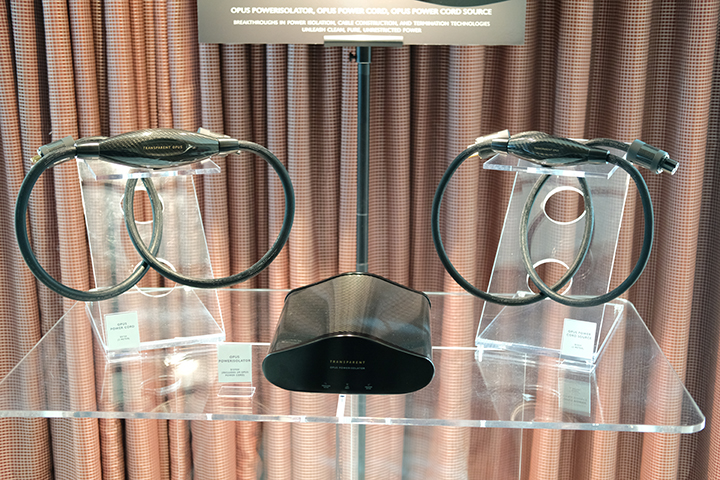 The other fascinating power product from Transparent Audio, which is gaining a lot of attention, is the new Opus PowerIsolator, or OPI. This two output combination resonance controller and noise filter for any audio system comes with a two-metre Opus power cord in its own right, but is one of the first that can deliver truly limitless current. Although on passive display (once more, a meeting room rather than a demonstration facility), OPI is gaining a reputation among serious audio enthusiasts a Power Done Properly.

What’s next in high end audio? Tea Time with Alan and Pete

What’s next in high end audio? Tea Time with Alan […]

Concluding our round-up of Munich High-End 2022