Cardas Clear has remained one of my go-to cable systems since first I heard it. Its lyricism, precision, and just plain ease of listening keep me coming back to the design. There are faster and more exciting sounding cables, more immediate and more ostensibly detailed sounding cables, but few have that laid-back charm and almost graceful overall presentation.

Clear Beyond is more of the same, in every respect. This began with the loud­speaker cable and then the power cord, and the circle is complete with the interconnect. Like Clear, it’s made of strands of Cardas’ own copper (Cardas has its own smelting furnace). These are wound into a quartet of 26.5 AWG copper conductors, individually insulated using an enamel coating, and then arranged in a star-quad geometry. This geometry is suspended by carbon-impregnated air-tubes in Cardas patented Golden Section arrangement, while the conductor core itself is double-shielded, using a proprietary combination of both plated and bare copper. Between these is a pair of Litz drain wires.

In Clear, Cardas introduced its Matched Propogation technology, where the propagation rate of the copper is matched to that of the dielectric. The whole cable is terminated in a blue jacket of Alcryn. The cable is of an inherently balanced design, so for single-ended use, Clear Beyond is supplied with the company’s own XRCA adaptors, and a redesigned proprietary XLR connection for balanced use.

Cardas isn’t a fussy cable, and the run-in period seems to be about as long as it takes to remove it from its stiff plastic bag and plugging it in place. This is a refreshing change, given the product that was supposed to be reviewed this month is still in its ‘conditioning’ stages after several months of use. Naturally, I re-wired my whole system with Cardas Clear and directly compared Clear Beyond with Clear.

There are two schools of thought regarding Clear Beyond. The first – Cardas own, derived from the speaker cables and power cords – is that Beyond is the ‘heavy lifting’ version of Clear. Use it in situations that demand more meaty signal transfer (longer runs of cable between preamp and power amplifier, for example). The other is simply that it’s Clear, but a bit better. Ever the fence-sitter, I think probably both concepts are right.

Beyond is the perfect upgrade for Clear users, because it gives the listener all the things they like so much about Clear, and adds a little more separation, detail, microdynamics, and image depth, without any sacrifices in performance elsewhere. This doesn’t make for a massive change in many systems, in part because Clear is so damn good to begin with, but it simply gets you that bit closer to the musical intent of the musicians (in the way Clear does so well). If this sounds like hedging my bets, it’s because original Clear is so good, that it sets a very high standard. Clear Beyond betters this high standard in almost every manner, however. It doesn’t make mincemeat out of Clear, but instead adds a new level of Clear-style performance at the top of the tree. What Clear Beyond does that is so great, in my opinion, is it manages to better combine the two goals of ‘sounding good’ and ‘sounding accurate’ even better than Clear. This is no mean feat, as Clear was one of the few that did this without falling into the ‘warmth’ trap. Beyond does this to an even higher degree; it’s warm and easy to listen to, without being warm-toned – quite the achievement.

Moving over to the ‘heavy lifting’ claim, this rings true, too. This is great used between preamp and power amp, because it’s so good at rejecting noise, and because it’s incredibly natural sounding. This is often the link in the chain that can undermine those silent ‘black’ backgrounds so many crave, and Beyond is exceptionally good at those ‘inter-transient silences’, even better than Clear, which is excellent in its own right.

If you want to find a piece of music that showcases what Clear Beyond does in either instance, here’s what you do. Find a piece of music and play it. The piece of music is immaterial, what’s important is how well Cardas portrays that performance. Yes, of course well-recorded audiophile cuts sound truly inviting and insightful through Clear Beyond, but it is the absolute antidote to those ‘do not suffer fools gladly’ cables that highlight the flaws in all recordings. Clear Beyond does not mask such flaws, but neither does it paint them in fine detail. It doesn’t just get out of the way of the music, it just makes it sound as great as it can.

There’s one other big bonus, which unfortunately I didn’t have a chance to check. Original Clear uses just three 25.5 AWG conductors internally, where Beyond uses four. If you are running a balanced system, that additional conductor will make a fairly substantial difference in operation.

The good news – for those of us under the watchful eye of a domestic Sauron – is Clear Beyond and Clear look almost identical. Beyond has a diameter about 1.25mm thicker and it has the word ‘Beyond’ emblazoned on the side, but if you are looking for stealth interconnect upgrades from Clear (or even Clear Light), Clear Beyond sails in unnoticed. I know this sounds trivial in the extreme, but it’s one of the most common – if hushed – questions we get asked at shows: “what can I buy that the Other Half won’t notice?” 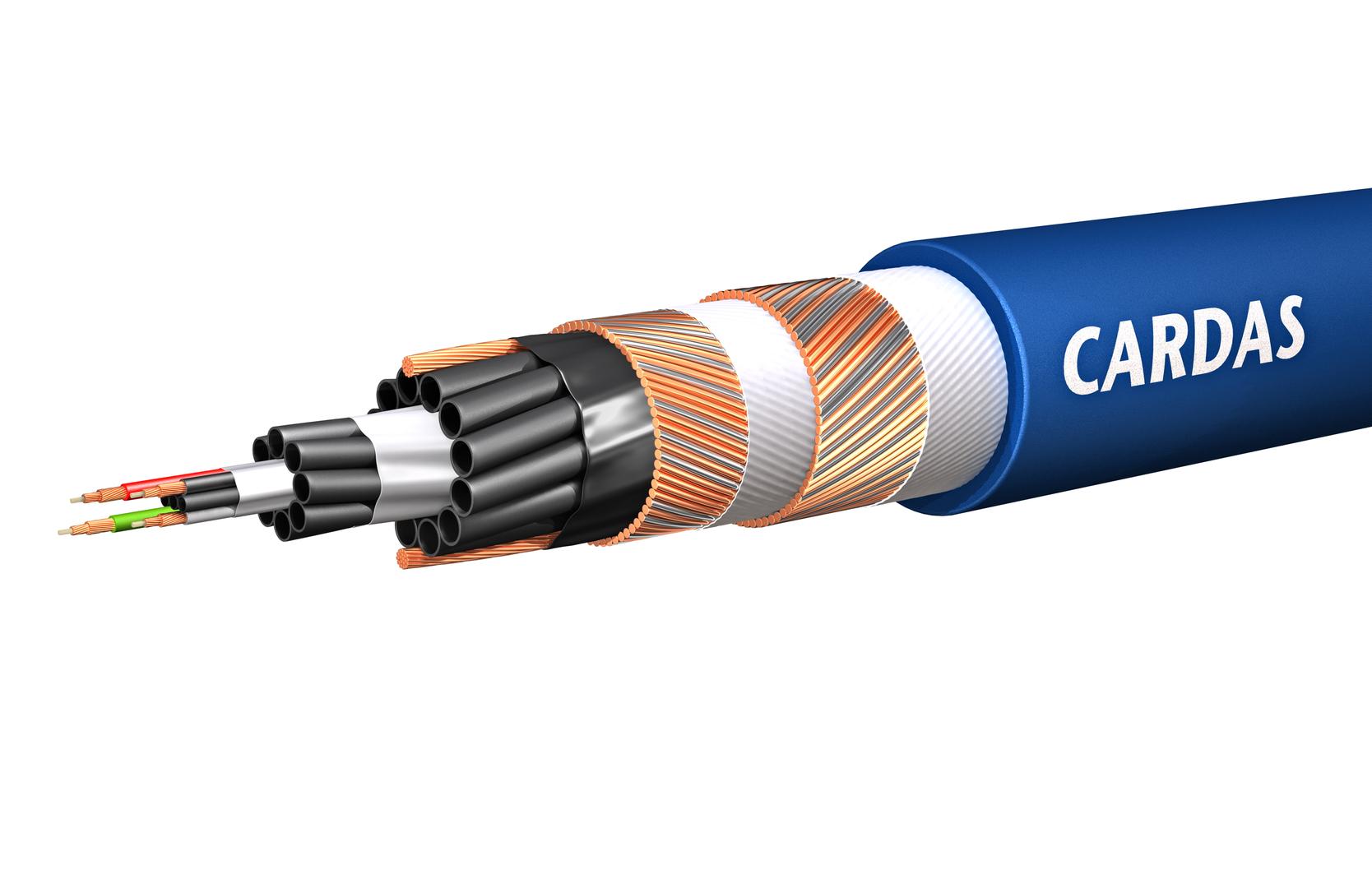 As with the power cord and speaker cables, Clear Beyond interconnects offer a step up on the already outstanding Clear. Clear remains one of the best interconnects we have ever heard, but Clear Beyond confidently improves upon that performance in almost all aspects, without any sacrifices in performance. It might be the most expensive cable Cardas has ever made, but it is well worth it. Very highly recommended!