On the weekend before Easter, Hi-Fi+ Associate Publisher Pete Collingwood-Trewin and I took the opportunity to visit CanJam SoCal, which was held at the JW Marriott hotel in the middle of downtown Los Angeles.


The event was popular with manufacturers and with show-goers, it seemed, so that at times there were lines of enthusiasts queuing to hear the enticing products on demonstration.

What follows is the second part of what will ultimately be a four-part report on the event.

Our aim is to present Parts 1 and 2 shortly after Easter and then to add Parts 3 and 4 at a later date.

IMPORTANT: As always, we apologize to any manufacturers we were not able to visit. No slights of any kind are intended. Then again, please note that on more than a few occasions we visited manufacturers only to be turned back by the crowds of people surrounding their demonstration tables (which is, as the old saying goes, a ‘high quality problem to have’).

When it comes to the brave new world of wireless headphones, the Canadian firm Bluewave may well have come up with the proverbial ‘better built mousetrap’ in the form of its ingenious GET wireless hi-fi headphone amplifier. Offer in elegant casework that is about the size of a lipstick case, the GET is a Bluetooth 4.2-compatible, battery powered wireless headphone amplifier that can turn just about any conventional headphone or set of earphones or CIEMs into wireless Bluetooth models. 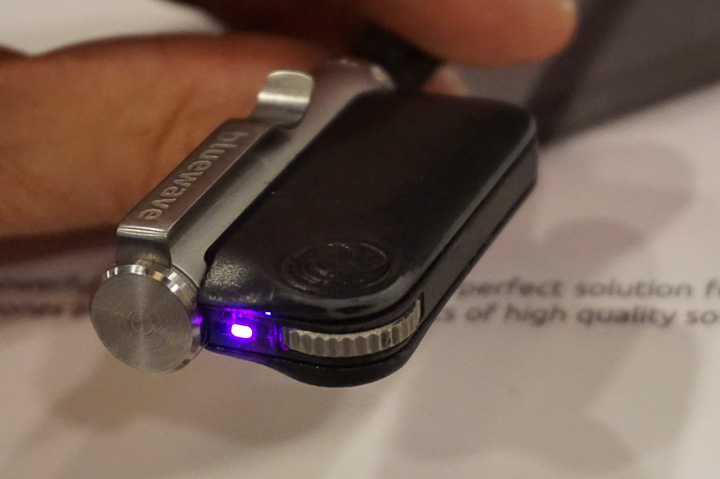 The little amp not only works, but also works deceptively well—especially in light of its ever-so-reasonable $129 price. Better still, if you pre-order a unit now, the price drops down to just $99. The GET is expected to begin shipping in late May or early June.

Brainwavz Audio is a subsidiary of the Hong Kong based firm GPGS; Brainwavz’ mission is to provide affordable and highly personalised products for earphone and headphone lovers worldwide. Accordingly, the firm offers an extensive range of passive and Bluetooth-enabled universal-fit earphones and headphones, plus related accessories (though it appears the earphones are a particular area of expertise for the company). 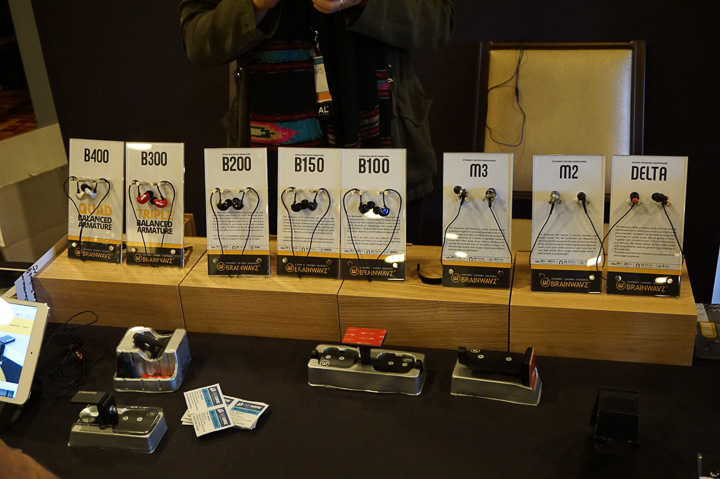 Within the firm’s earphone offerings, a group of three Balanced Armature Series earphones appear to reside at the top of Brainwavz’ sonic ‘food chain’.  I took a brief opportunity to listen to the upcoming flagship Brainwavz BA-400 (price TBC, but projected at $350), which features quad balanced armature-type drivers and that I felt offered a goodly amount of sonic sophistication for the money.

Campfire Audio is the acclaimed sister company to ALO Audio and its sole point of focus involves building ultra-high performance universal-fit earphones. Campfire’s range is sub-divided into two product lines, one centred on earphones based on traditional balanced armature drivers and the other centred on earphones based on high-tech dynamic drivers (or hybrid driver combinations anchored by dynamic drivers). 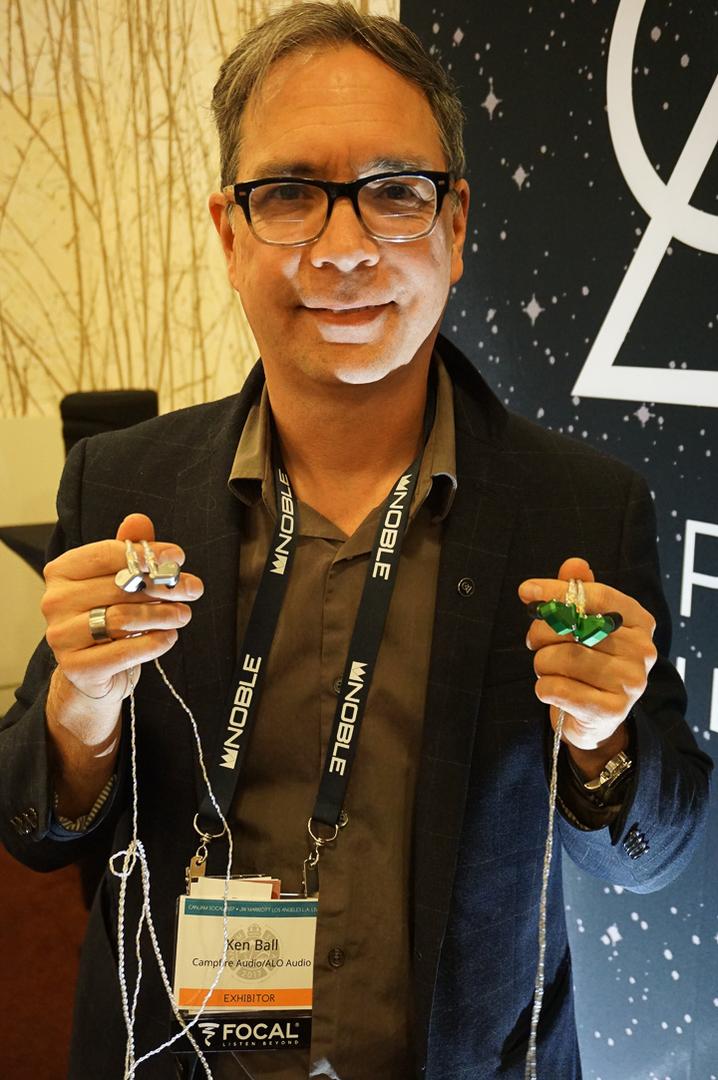 Many earphone fans are familiar with Cardas’ excellent original EM5813 Ear Speakers and the firm’s distinctive, bright blue A8 earphones, which arrived about a year and half after the EM5813s as a follow-on model. 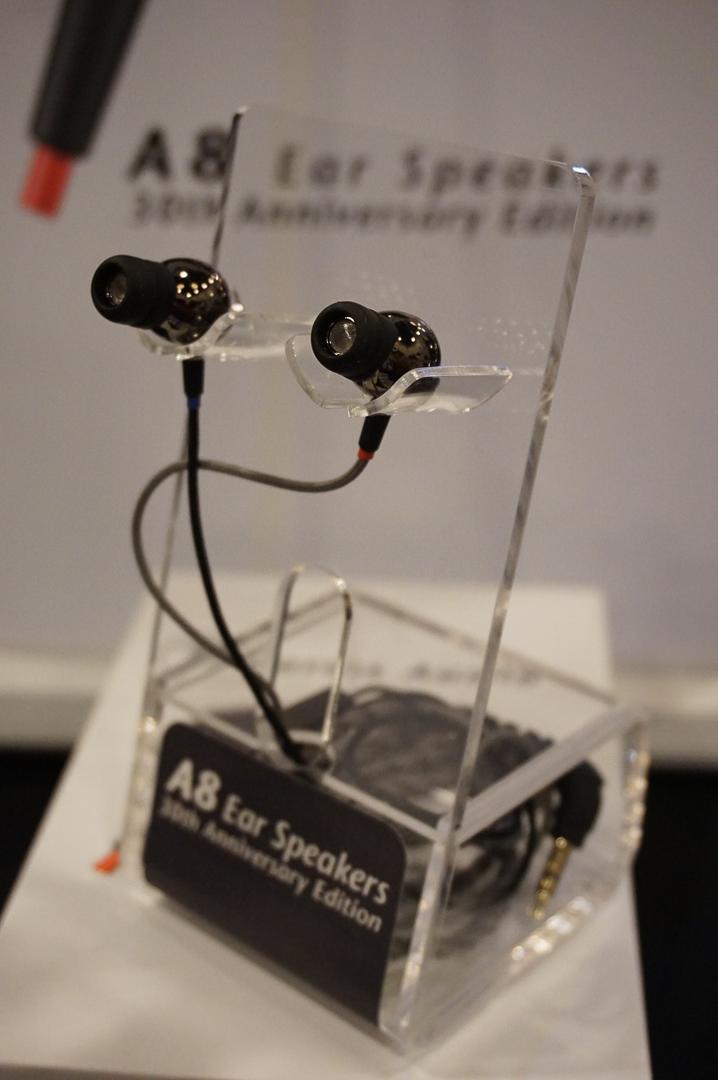 For CanJam SoCal, however, Cardas announced a new A8 30th Anniversary model, which forego the A8’s original rubberised blue finish for a much more robust black chrome finish that is very attractive. The 30th Anniversary A8 should arrive on the market within 30-60 days and will be priced at $349. 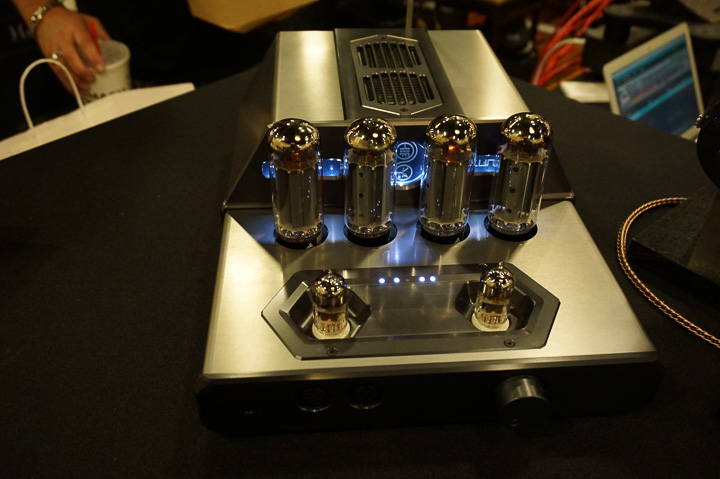 Austin, TX-based Cavalli Audio has shown its impressive new valve-powered Liquid Tungsten fully balanced headphone amplifier ($6,000) in functional, but naked, circuit board form, but for CanJam SoCal the firm finally showed the amp dressed in what will be its final production chassis (which is a real looker, by the way). The fact that the amp has now been shown in its production livery means that full production release cannot be far off.

However, the Cavalli products that, in a sense, stole the show were prototypes of two upcoming models—both of them valve-powered headphone amplifiers. One design was a single-ended model that carried the working title Liquid Ambience and that sounded superb. Although no hard prices are available at this time, a company spokesman indicated the Liquid Ambience might possibly sell for a tick under $1,000 in finished form. 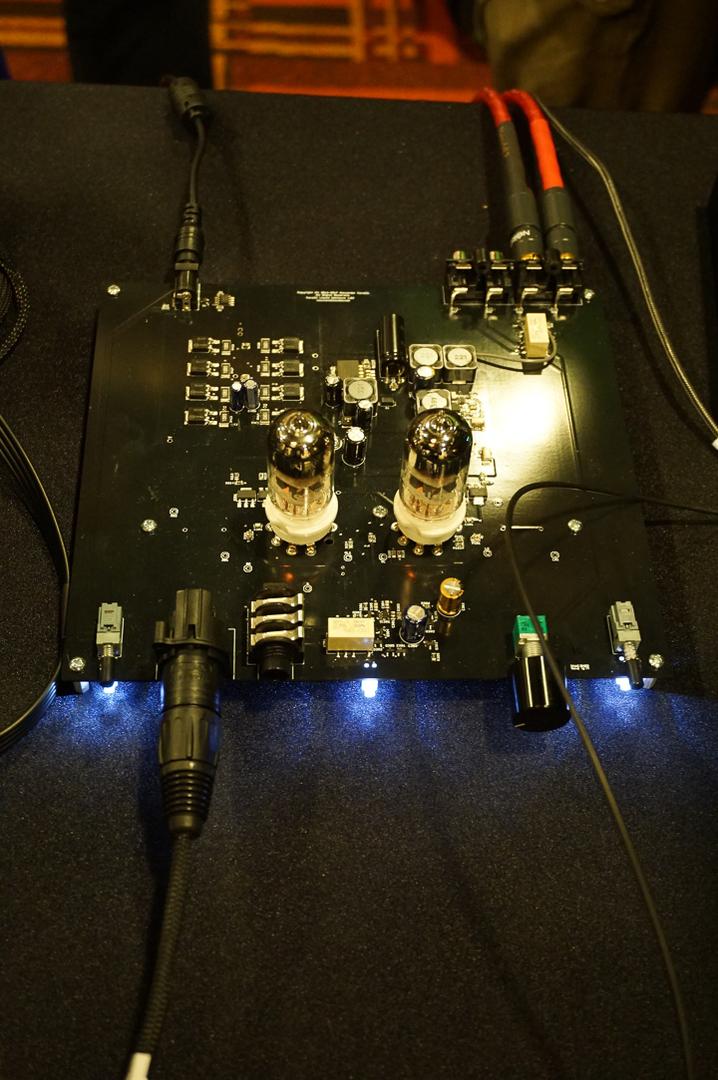 Alongside the Liquid Ambience prototype was another prototype for a valve powered, fully balanced amp loosely derived for Cavalli’s previous Liquid Crimson amplifier design. The new balanced amp carried the working title of Mini Platinum (which implies that somewhere back at the lab there must surely be a prototype or circuit concept for an as yet unrevealed full-size Platinum amp). Again, no hard prices were available, though hints were offered to the effect that the ‘Mini Platinum’ might conceivably sell for as little as $1,500. Seductive though the Liquid Ambience was, I found myself drawn to the Mini Platinum, which promises (and judging by the prototype, delivers) exceptional sound quality at its proposed price point. 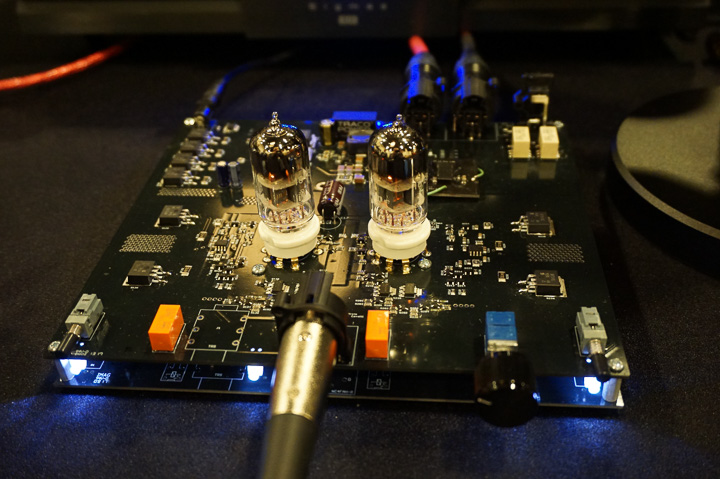 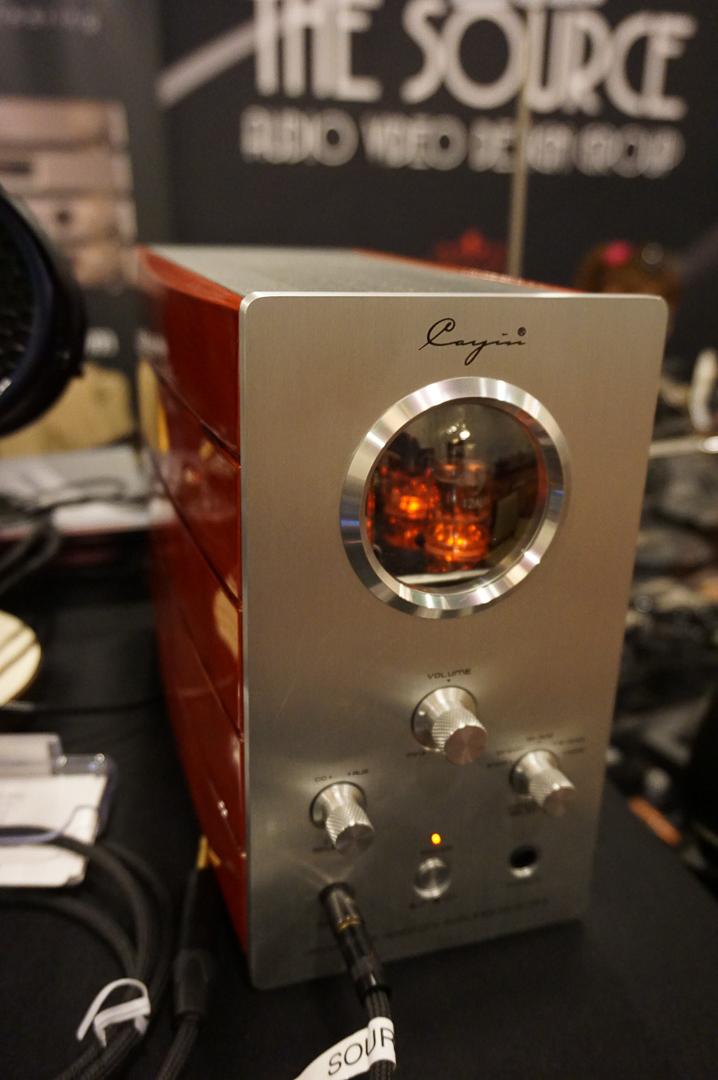 We found all three products had much to offer as they produced highly sophisticated sounds that belied their comparatively modest prices. However, if we had to pick just one ‘winner’ in the group, it would likely be the beautiful HA-1A Mk2 amp, which offers real ash wood side cheeks and a front-mounted valve ‘viewing porthole’ that is simply mesmerising. Of course construction details would count for very little if the sound were not also mesmerising, which—as it turns out—it most definitely is.  Both Hi-Fi+ Associate Publisher Pete Collingwood-Trewin and I were quite taken with the valve-powered amp, so that further listening may well be indicated. 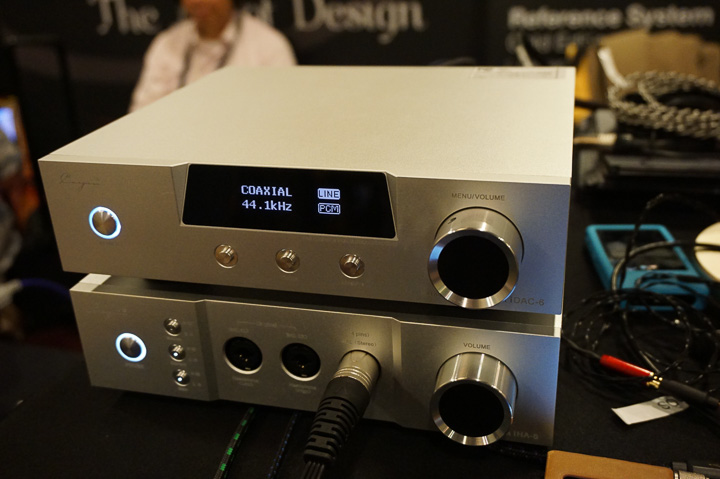 The British firm Chord Electronics focused primarily on demonstrations of two of the three key new product it had announced back at CES 2017; namely, the Poly add-on streamer ($600 or £499) for use with the firm’s popular Mojo portable headphone amplifiers and the new Hugo II transportable headphone amp/DAC ($2,200 or £1,800). Both units were performing beautifully during the show. 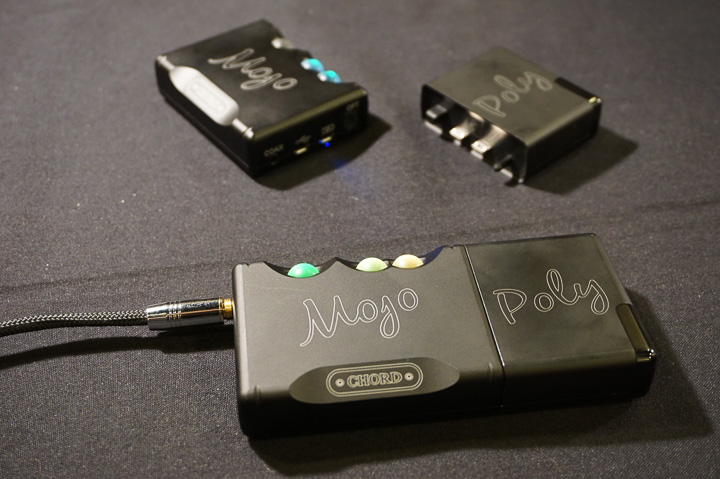 A Chord spokesperson advised that the Hugo II should be released within the next two-to-three weeks, while the Poly release will likely be delayed until July to give the development team additional time to add yet more features and functions to the already very full-featured device.

Founded in 2012, Cleer is a US-based manufacturer of personal audio products, including earphones, full-size headphones, and even a compact Bluetooth speaker. But arguably the most ambitious product the firm has ever offered is the upcoming flagship Next headphone (projected price $699), which features an aluminium alloy frame, so-called ‘ironless’ magnesium dynamic drive units, soft-touch headband and ear pads, 4-conductor low-oxygen balanced signal cable fitted with LEM)-type connectors, and an elegant carry case. 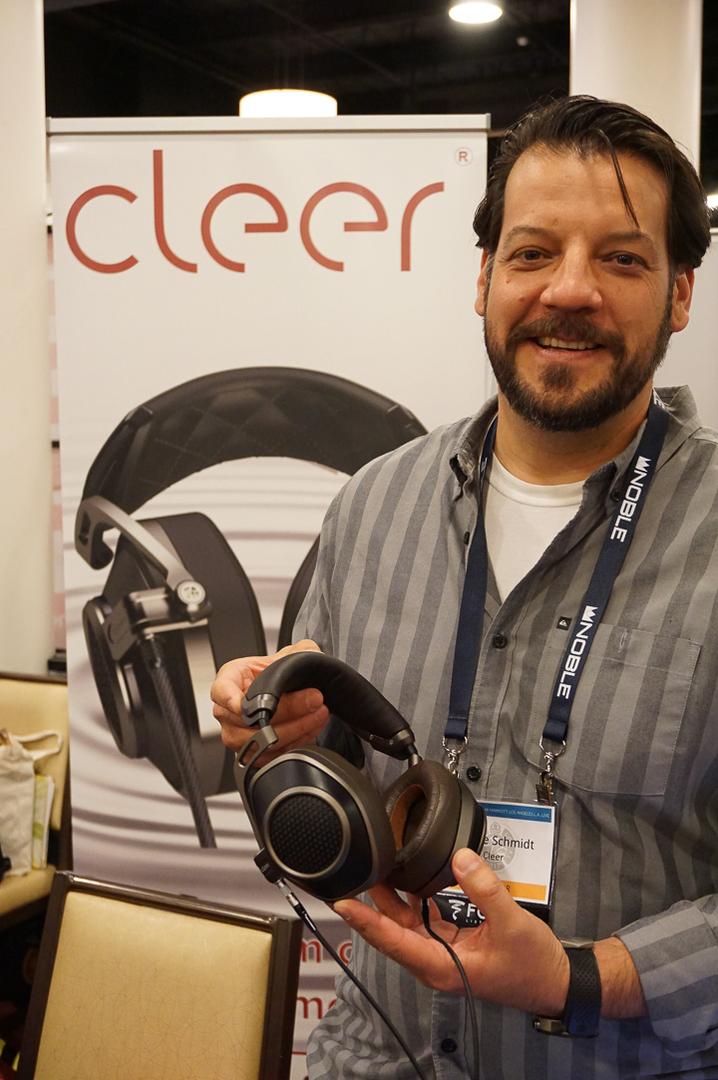 Cleer is deliberately taking its time with this intended flagship model as the prevailing wisdom is that it is more important to get the model “just right” than to rush it into production before its time. We couldn’t agree more and look forward to the arrival of the Next headphone either late in the summer or early in the Fall of 2017. 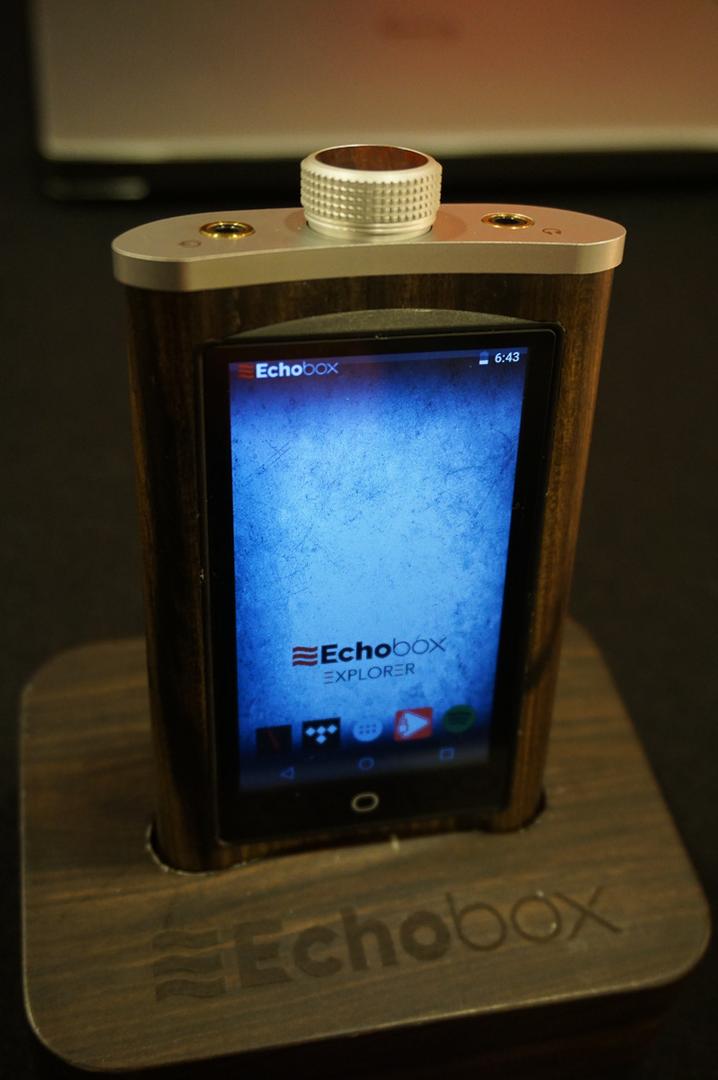 In the meantime, Hi-Fi+ has been experimenting with a set of Nomad rev2 earphones (the final product-release model will in essence be rev3) fitted with custom-moulded Snugs ear tips. It is still early days, but even now the Nomad/Snugs combination is showing a great deal of sonic promise, though an Echobox spokesman has told us the full-on product version will be even better yet. Stay tuned. 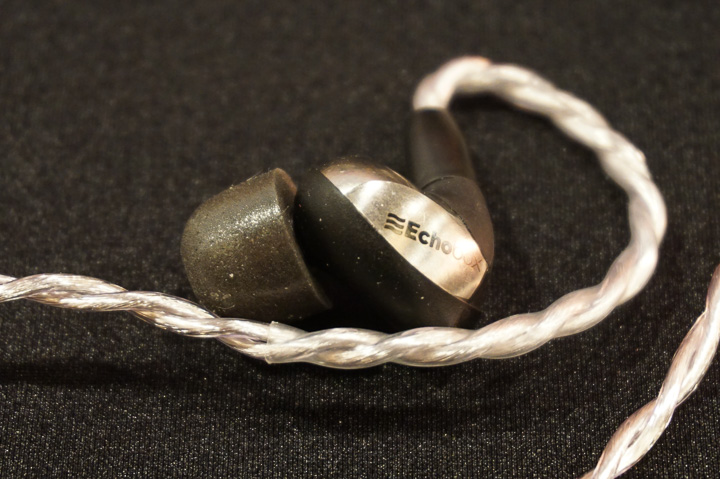 The Japanese firm Final (formerly Final Audio Design) showed most of the elements of its extensive earphone and headphone product range, with telling effect. In fact, Hi-Fi+ Associate Publisher Pete Collingwood-Trewin spent a good long while listening to the firm’s flagship Sonorous X headphone ($4,999) and came away absolutely smitten by their sound (if Pete isn’t careful, there may soon be a $4,999 dent in his credit card balance—gulp!). 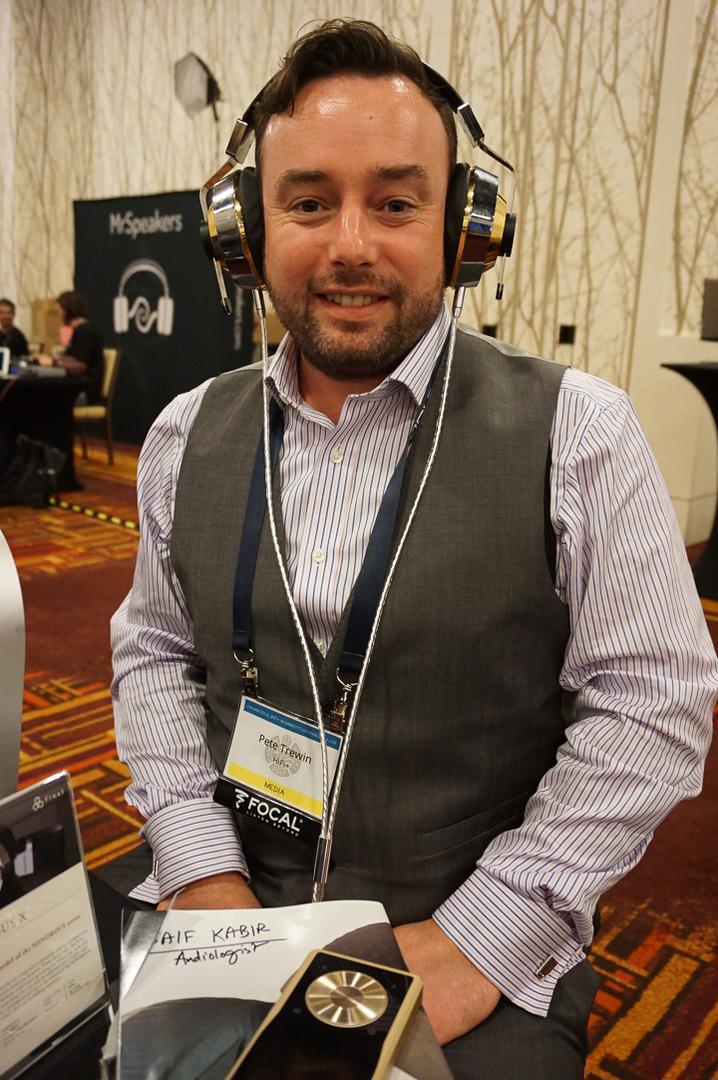 I, however, was fascinated by a pair of new entry-level Final earphones that fall at the opposite end of the pricing spectrum. I am speaking, specifically, of the firm’s new E2000 and E3000 universal-fit earphones, which are priced, respectively, at $60 and $70. Both models should arrive on the market in May. 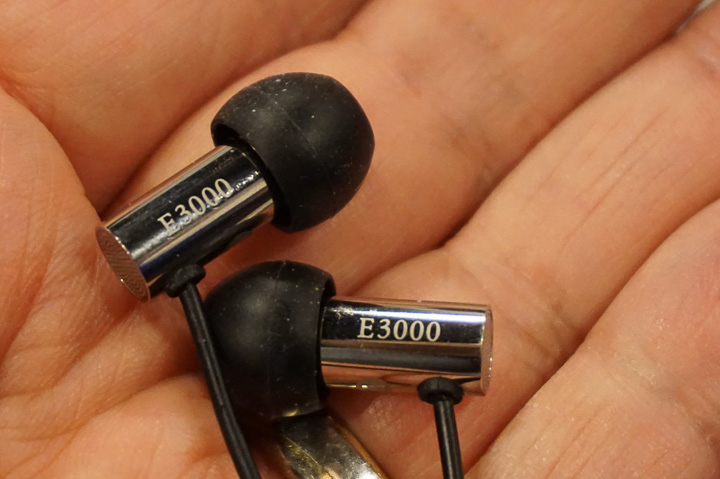 Part of the fun of a brand such as Final is that the company lavishes the same levels of engineering know-how on hyper-affordable products (such as the E2000 and E3000) as it does on no-holds-barred flagship efforts (such as the Sonorous X). 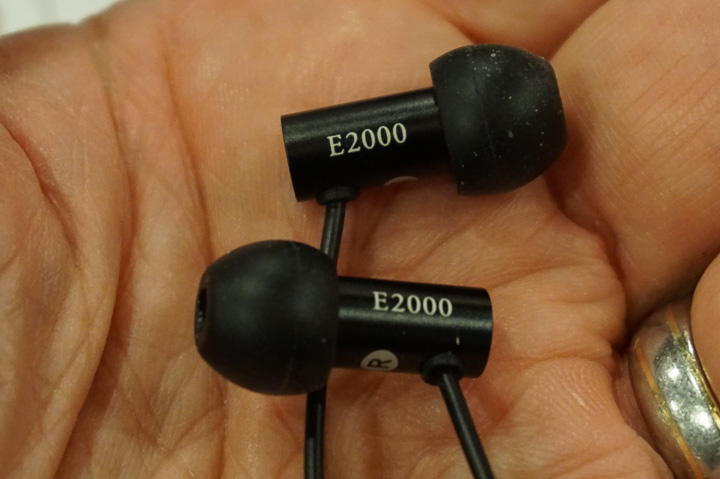