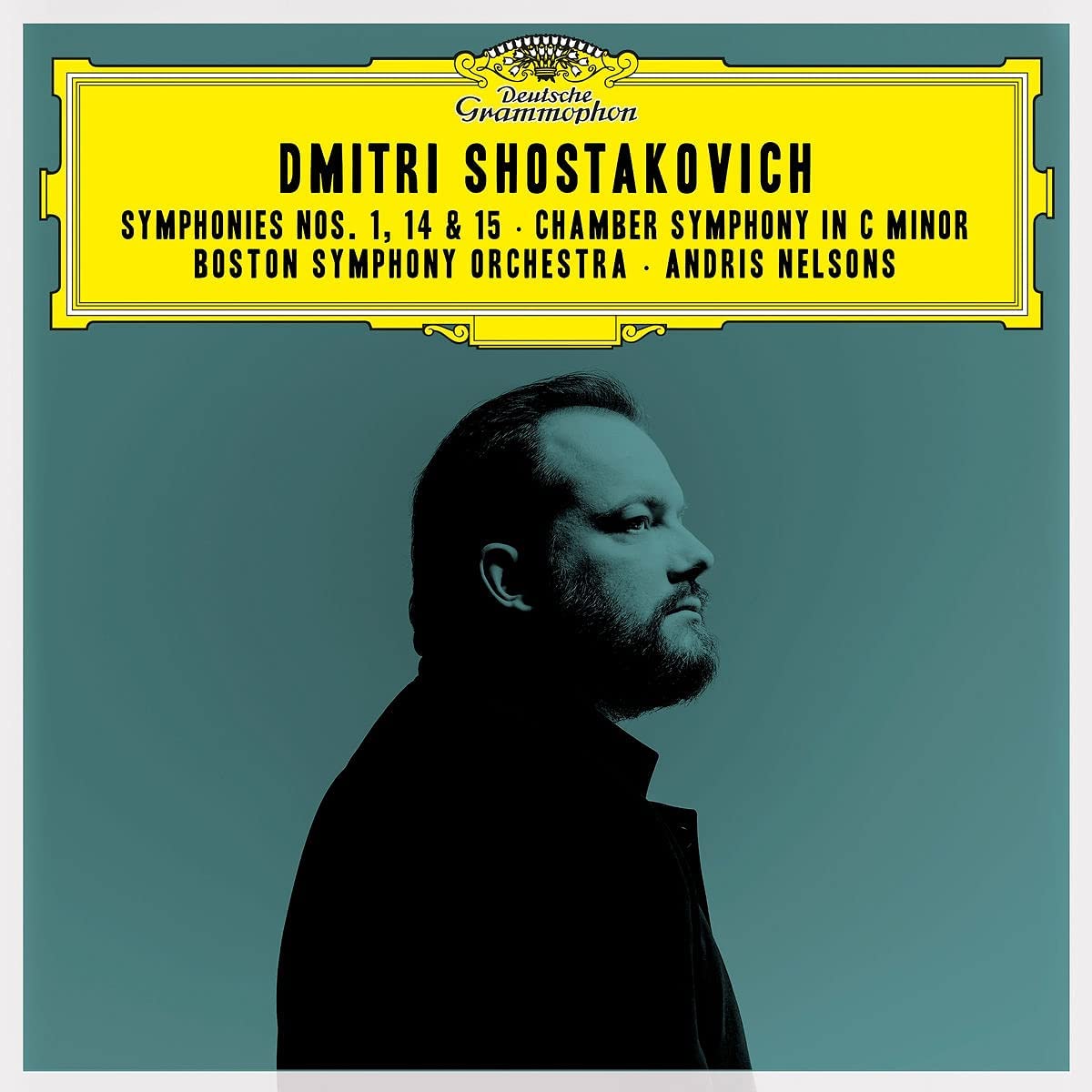 Is there a more precocious or original first symphony from any young composer than that of Shostakovich? He began it in 1923, and completed it two years later, aged 19. 46 years later, the enigmatic and bitter-sweet 15th was Shostakovich’s final symphony. Completed in 1971, the work puzzled everyone. With quotes from Rossini’s William Tell overture, Wagner’s Die Walkure and Tristan. It seems the composer started out with the intention writing something light hearted and fun, and the first movement certainly has moments of levity. But depression, misery, and despair were meat and drink to Shostakovich, and the music soon takes a darker turn…

This set couples Shostakovich’s first and last symphonies, and adds in the vocal 14th symphony of 1969, which was preoccupied with images of suffering and death (The composer had many serious health problems in his later years, and he was not comforted by belief in an afterlife). Regardless, Shostakovich’s last symphonies represented a return to form for the composer and are worthy of a place among the greatest works written in the second half of the 20th century.

Andriss Nelsons is currently recording all the Shostakovich symphonies with the Boston symphony orchestra for Deutsche Grammophon, and with this new release of symphonies 1, 14, and 15, only symphonies 2, 3, 12, and 13, remain to be issued.

Nelsons’ Shostakovich cycle has been hugely impressive. By a country mile it’s the best and most important thing the Boston symphony orchestra has done on records since Colin Davis taped the Sibelius symphonies with them way back in the mid/late ‘70s.

The first symphony gets things off to a great start, and the orchestra plays brilliantly. Nelsons treats the work as a mature and serious piece, rather than a virtuoso orchestral firework, and this gives the music a weighty sense of purpose and gravitas missing with many other performances.

The 14th symphony is a tough often bleak work, and Nelsons pulls no punches. His interpretation is dark and powerful, and the orchestra produce an impressively-full and sonorous sound with rich weighty double basses and crisp percussion. The two soloists are excellent.

The 15th symphony has received many good recordings, starting with the first from the composer’s son Maxim on Melodiya, and Eugene Ormandy on RCA. Nelsons adopts measured tempi, and what emerges is sombre and introspective, especially in the second and fourth movements.

For the Adagio, Nelsons adopts daringly-broad tempi, and takes around 17m 27s for a movement that even ‘slow’ interpreters (Sanderling, Haitink) get through in 16m 30s or less. But Sanderling’s 20m 21s finale (Cleveland) remains the longest – Nelsons is faster, at 18m 06s.

The important percussion parts are well-played, and their contribution at the end of the work is fascinating. For me, it creates the aural impression of a clockwork machine that suddenly  splinters into fragments.

On the second disc, Nelsons and the strings of the BSO give us Rudolf Barshai’s arrangement of Shostakovich’s 8th string quartet – an ‘autobiographical’ work that dates from 1960. Here the sound seems a little more distanced, and I would have preferred a closer more visceral recording.

All three symphonies are very well recorded, with impressive bass quality. Whether it’s the rich woody rasp from the double-basses, or a sense of impact and depth when a bass drum is struck, the lower frequencies are captured with striking weight and immediacy.

Those collecting Nelsons’ cycle of the Shostakovich symphonies on Deutsche Grammophon will need no urging to acquire this latest instalment, which maintains the high standard set by previous issues. It’ll be interesting to hear what Nelsons can do with the ‘problematic’ 2nd, 3rd, and 12th symphonies!