If I am being truly honest, despite having access to more or less the whole audio toy shop, the product that has logged the largest number of listening hours in my house is the Naim Mu-so Qb. Why? Because it’s so damn convenient; it’s the streamer-meets-radio that lives just beyond arm’s reach from my computer keyboard. It’s small enough to take up minimal space (it sits on a side cabinet) but is considerably more powerful and better sounding than the ‘pencil case’ sized Bluetooth soundbars and smaller one-box systems that currently dominate the market.

All of which meant that when Naim announced a replacement – the Mu-so Qb 2nd Generation – I had an initial touch of the jitters. Naim isn’t known for ‘change for its own sake’ updates and has a very good track record of making a Mark II that’s better than the original, but when something is a constant companion, you get to fear change. Will it still look as good? Can it sound better? Will they accidentally throw the baby out with the bathwater? In a product as important to Naim – and to my personal listening experience – the Mu-so Qb 2nd Generation has to get it right. There’s no opportunity for failure, and if they mess up my enjoyment of The Now Show or I’m Sorry I Haven’t A Clue, I’ll go all Guy Fawkes on them. Actually, I’ll just keep the old model, but the potential for miffing is high. 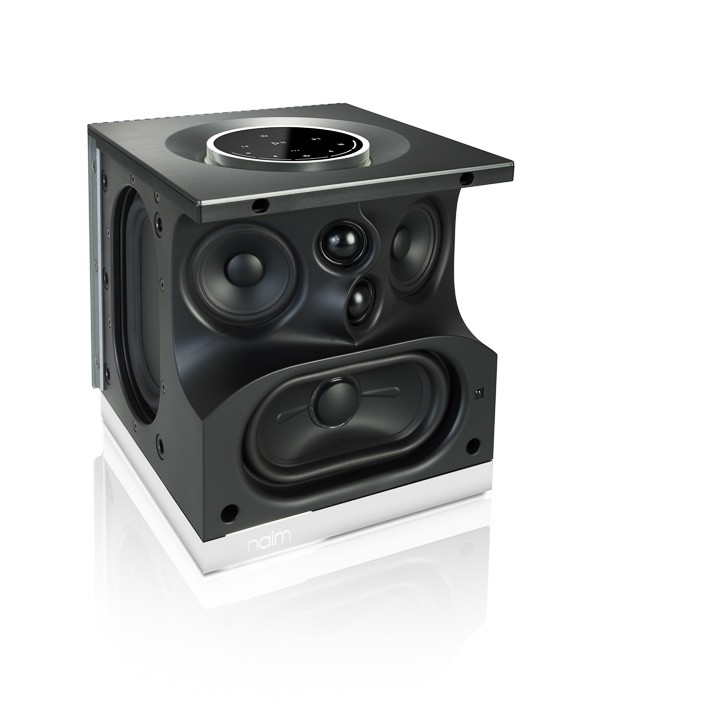 I shouldn’t have worried. Naim made a good thing, better. Starting with the look; I find the Qb a timeless design, with its large central control wheel on the top, the gently undulating grilles, and the illuminated clear Perspex base. Naim clearly also thinks this is timeless, because where the design is changed, the changes are subtle and for the better. The grilles are more elegantly scooped. The darker grey top plate gives it a more refined aspect, and the control dial just looks more ‘right’ in context. The original Mu-so doesn’t now look like the runt of the litter, but if saw the two side-by-side and knew nothing else about the product, you’d go with the 2nd Generation. It’s just more attractive.

That intelligent controller is seriously improved upon its previous iteration but is designed to be a similarly easy-to-navigate dial with active touch controls. The two big changes are the haptics are improved, and it wakes and illuminates as you approach it. As this is essentially the only control surface on the Mu-so Qb (the rest is on a tablet), the way that panel shapes itself according to function is vital, and in this version, it always seems to correctly second-guess what you are doing. It has more ‘tap to display’ controls, includes a ‘favourites’ button and indicators for when you are using Chromecast or Airplay. However, despite a surprisingly long laundry list of functions, the new controller is every bit as easy to use as its predecessor.

The drive units are also improved, although their size, number, and position in the Qb case remains the same (two tweeters and midranges with a racetrack bass unit to the front, and two side-firing passive radiators). The big change, however, is in the multicore DSP engine, which offers a claimed 13 times the punching power of the original single-core engine of the Qb. This in part reflects the transformation of the digital audio landscape that has happened since the first Mu-So Qb was launched in January 2016. Where the 2016 version was primarily driven by Naim’s own app, set-up now requires use of the Google Home app (as it features Google’s Chromecast) and can integrate with Apple’s Airplay 2 and Apple Home. These features were simply not accessible to the original Qb, and as a result the first model had to ‘live’ within Naim’s ecosystem, where the Mu-so Qb 2nd Generation can just be a visitor.

Documentation is Apple-grade minimal now, because it can be. If you buy a new Apple product, the product itself is effectively its own manual and once powered up takes you through the process of installation. The Mu-so is similarly light on actual documentation, because such documentation is largely unnecessary; make it go through Google Home, load up the Naim app on your tablet or smartphone… job done. OK, there are some names and passwords to enter if you are hooking it to Tidal, but technobabble splash screens and bewildering settings are a thing of the past in modern consumer electronics and the Mu-so Qb 2nd Generation is very much a product of the now in that respect. 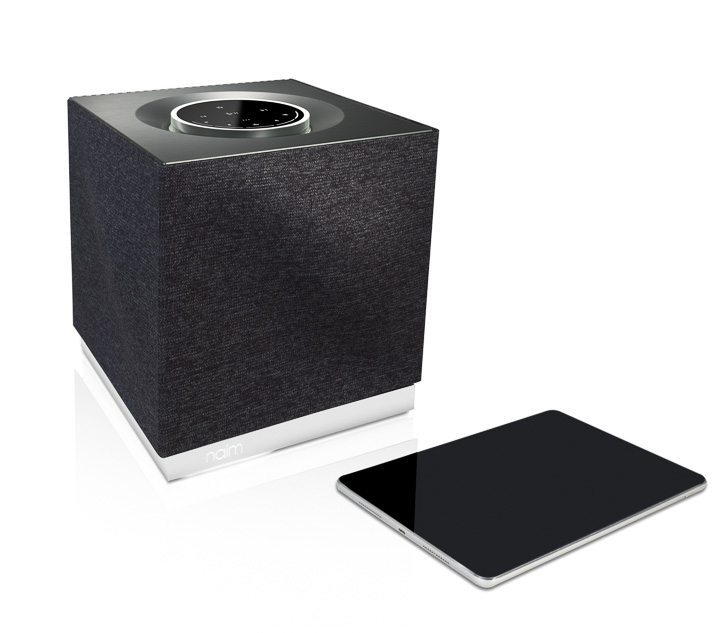 That all being said, there is a lot of online information on the Naim website, and I’ll give Naim a bit of a free pass here too, thanks to its forum. Unlike the dark underverse of pestilence and anger that has come to define many online communities, Naim’s forum is a mine of useful information. If you have a misstep in the set-up or operation of your product and post a legitimate question on their forum, you will get honest and reliable answers seemingly in nanoseconds from a community that genuinely doesn’t want to see you struggle. In fairness, setting up the Mu-so Qb 2nd Generation is extremely easy and any bumps in the road get repaired fast, either by the guide on the website, by the experts in the stores, or on the forum. This ease of set-up is mandatory for a product that isn’t designed to require a lot of expert on-site installation, but it’s good to know that if your network is truly weird, help is at hand.

A big change is the way the Qb handles voices. I wasn’t unhappy with the presentation of vocals on the original Qb, but the 2nd Generation makes those vocals considerably more articulate and real, and the original sounds more than a little ‘thrummy’ and ‘chesty’ in comparison. So, when I tune into ‘PM’ on BBC Radio Four, I can hear the Mother of Parliaments descend deeper into chaos in far greater clarity and detail. Less grimdark in nature, the same applies when listening to music; whether it’s the redesigned drive units or that improved DSP, the result is a Mu-so Qb that better projects those vocals into the room in a clearer, more naturalistic manner.

What the original Mu-so Qb does so well is fill a room with sound, and unless you are trying to fill an aircraft hangar or determined to play thrash metal at pain-threshold levels, it will achieve this task well, with surprisingly good bass. The Mu‑so Qb 2nd Generation doesn’t break that well-won goal, and if anything plays just that bit louder, but with distinctly more defined bass. OK, so physical constraints of size mean you are not going to hit low organ pedal notes, and the Mu-so Qb 2nd Generation really comes into its own from about 80Hz on up, but those bass notes it does play are well-formed, and have a shape and consistency that is extremely alluring. I played ‘King Tubby Meets Rockers Uptown’ from the album of the same name by Augustus Pablo and King Tubby [Yard International, TIDAL], and this track needs both a wall of sound and an ability to play a really good bass line. While the sheer depth of dub is lacking its teeth-rattle power, the precision of the bass line and the fun factor of the music is played perfectly by the Mu-so Qb 2nd Generation. 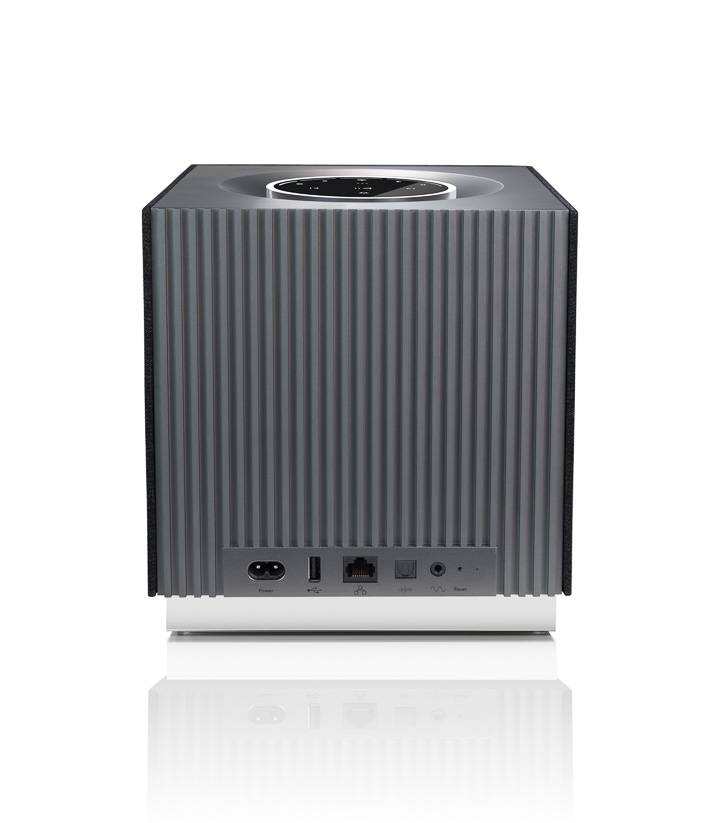 In fact, that whole ‘fun’ part is what defines the Naim Mu-so Qb 2nd Generation so well. It’s a no-fuss, no-nonsense musical fun machine that is just as comfy being your accompaniment to cooking the evening meal as it is acting as a big alarm clock in your bedroom. The new models beefed up sound makes it more attractive in these settings and its beefed up DSP and wireless connectivity makes it more capable to be used in these settings as a multi-room or standalone player too. In short, it just brings more sonic enjoyment to the home, all over the home. Love it!

Multiroom: Sync up to five Naim Streaming products and control via the Naim App