Painting Blue, the new album by Memphis-based singer-songwriter Amy LaVere, was penned against a backdrop of doom and gloom and global issues, including Donald Trump’s 2016 election victory, global warming and racist and civil tensions.

In the wake of the coronavirus pandemic, the moody and anthemic first single, ‘No Battle Hymn’, is eerily prescient – “No one’s ready to admit we may be out of time,” she sings, over a slick, blues-pop groove, with some chunky organ riffs and mean electric guitar licks. Although its lyrics tackle defeatism, it’s ultimately a hopeful song, which calls for unification – “we need a victory march in our hearts.”

When I speak to her, she’s on tour in the Northeast of the US, with her husband, musician Will Sexton – who produced the album and also co-wrote ‘No Battle Hymn.’

“I love touring – Will and I tour most of the year. We hope to return to the UK and Europe in the fall – that said, gigs have been cancelled due to the coronavirus. I’m very worried about the future of our industry and society in general, for that matter,” she says.

It’s not just world issues that have inspired her new record – she also tackles personal politics and lays herself bare more than once. ‘Painting Blue On Everything’ deals with depression, the emotional, string-laden ‘No Room For Baby’ outlines the reasons she hasn’t had children – “I stay in a little house that’s not even mine…. I’m always low on money, I work all the time – ”, and the intimate country song ‘Love I’ve Missed’ is about the fear people can experience in the early stages of a relationship. There are also some lighter moments – ‘Girlfriends’, which pokes fun at cliques, has a ‘50s Latin jazz feel, while the playful, laidback and funky soul of ‘Not In Memphis’ takes a tongue-in-cheek look at what happens to someone when they’re stuck at home while their partner is away travelling.

Sexton’s production is very impressive, as is his guitar playing – the album sounds rich, warm, intimate and immersive, and the songs are nicely arranged.

I ask LaVere, who had a cameo as rockabilly queen Wanda Jackson in the 2005 Johnny Cash biopic Walk The Line, if making the record was an enjoyable experience?

“Yes – it was. After the writing and song choices have been made, the recording process is the fun part. Watching the musicians make the songs come alive is the most rewarding part of the process,” she says.

“We recorded the record one day at a time, over a year at Archer Records’ studio, Music + Arts, in Memphis, which is where I’ve made several of my records. There’s nothing super-funky or ‘clubhouse’ about it. There are no band posters or paintings hanging about. There is modern and vintage equipment and a lot of natural wood – it’s very comfortable and it’s a clean slate. You bring the spirit you need to the space, instead of the other way around. I truly love it there.”

SH: What kind of mindset were you in when you were writing?

AL: Melancholy mostly. I began to gather songs from old notebooks and some from the air that felt “together”.

In the few years prior, I had been newly in love and blissfully travelling and performing – my writing had become less prolific and I was happy. Then, with the doom of the election of Donald Trump and the dark cloud that fell over our country, my desire to write swelled. Not about the election necessarily, but I came down from my love bubble and needed to write again.

Around the close of 2016, I was struggling with all the noise and disappointments around me. Nothing in my work of the past year seemed important anymore. The material I had amassed since my last record release felt rather small when played over the backdrop of the election, global warming doom, racial and civil tensions and the general feel of combativeness and fear that was coming in from everywhere. 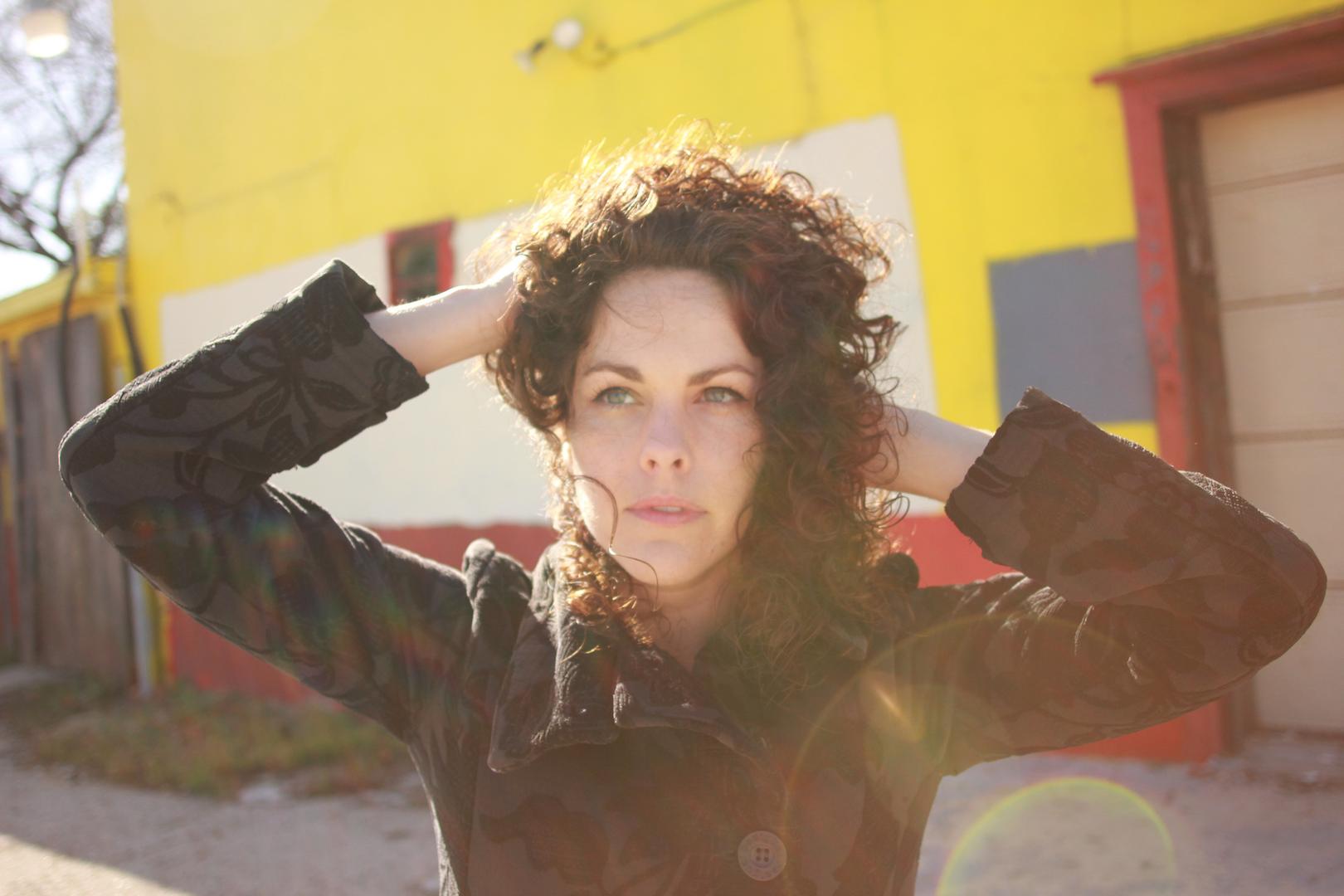 Did you know what kind of record you wanted to make?

I didn’t have a plan – I just moved forward when compelled by a lyric or a sonic choice.

Your husband, Will, produced the album. What’s it like working together?

Working with Will feels like merely an extension… there is a reason we married five years ago. We work seamlessly together. I couldn’t even say that I trust his suggestions because they feel almost like my own.

He was most helpful in articulating to the other musicians my desires. He has a larger technical music vocabulary than my own. While I was speaking in ethereal terms, Will was making charts.

What can you tell me about ‘No Battle Hymn’?

It was a song that Will started years ago. I was in the kitchen while he was in his den and I heard him play the opening few lines of it. He was digging through his old notebooks, researching ideas to finish for a new solo record he was getting ready to make. He quickly moved on to another idea, so I raced into the room and asked him to play the rest of the song for me. He didn’t have anything else, it was unfinished, so I asked if I could finish it for him. I was very inspired by it.

On ‘Girlfriends’, it feels like you’re calling for people not be bossed around. Is that a fair assessment?

That is a perfect assessment of the song. I wrote it in the hope that it could perhaps save a friend’s marriage. Too bad the record took too long to release…

‘Not In Memphis’ has a great, funky soul groove to it. What’s the story behind it?

Hah! It’s a tongue-in-cheek song for Will – a teasing warning about his upcoming travels. It’s also the first song I’ve written that mentions Memphis. It’s a rite of passage. Having now lived there for 20 years, I felt I had earned permission. I’m fortunate to live in Memphis. The town allows me to be myself, and the quality of the studios and musicianship there are ideal for creating.

There are three cover versions on the album: ‘I Don’t Wanna Know’ by John Martyn; ‘Shipbuilding’ by Elvis Costello and ‘Stick Horse Kid’ by David Halley. What attracted you to those songs in particular and why did you choose to include them?

It’s hard to put into words other than to say that they all fitted importantly into my collection of songs for this project and they said well what I wanted to express.

What’s the secret of a good cover?

I had been performing that song live for some time before we recorded it. The feel and slight lyrical alterations were just the organic evolution it took in the live setting. We recorded just what we had been playing.

Your version of ‘Shipbuilding’ has a folky, jazzy feel – largely thanks to the accordion on it. It’s a political song that was written about the Falklands War in the ‘80s. Does it still feel relevant now?

I believe so. Hopefully one day it will feel out of date, but alas, it’s still relevant.

What can you tell me about ‘Stick Horse Kid?’ It’s not a song I’m familiar with…

Will produced a record for the songwriter David Halley several years ago. That song always spoke to me. It’s another one that I started to cover in my live shows and wanted to record it to see if it would be a good fit for this record. I decided it was.

There are some personal and very honest songs on the album. ‘Love I’ve Missed’ deals with the fear people often experience in the early stages of a relationship, and ‘No Room For Baby’ is about the reasons you haven’t had a child. Were they difficult songs to write and record?

‘Love I’ve Missed’ not so much. It was an older song of mine. ‘No Room For Baby’ is indeed a painful tune. It wasn’t fun to write, record or play live. It’s not even fun for the audience, I believe…

What was the inspiration behind the title track?

I’ve been in relationships with someone who is depressed and, at times, I’ve been the one dragging each day through the mud. Although the song’s not written in the first person, I truly was the one I was addressing. I was trying to shake myself out of the darkness.

What music – new and old – are you enjoying at the moment and what’s your preferred way of listening to it?

Will’s newest record, Don’t Walk The Darkness, is amazing! Otherwise, Wes Montgomery has been my go-to lately. I don’t have the luxury of having a listening preference. If I did, I’d be sitting in a studio with 5.1 surround sound and the lights off. 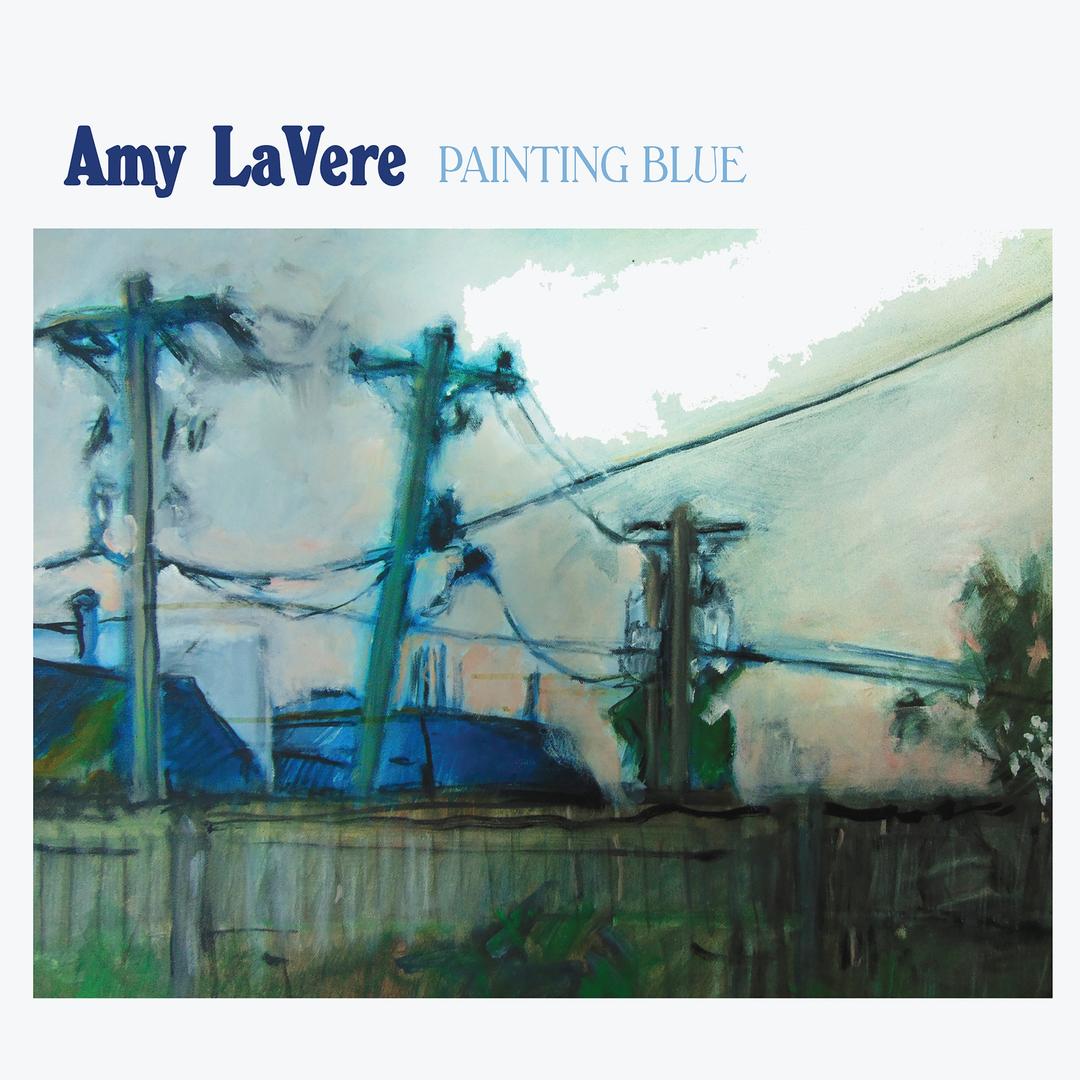 Painting Blue by Amy LaVere is out now on Archer Records.