Founded 28 years ago, PMC was born out of a desire to make better loudspeakers. While I doubt there’s a loudspeaker brand on the planet that wouldn’t lay claim to that statement, in PMC at least it has some weight behind it. The founders of the Professional Monitor Company – Adrian Loader and Pete Thomas – already had illustrious careers in pro audio and broadcast engineering under their respective belts, and were both long-standing music lovers, unhappy with the then-current crop of speaker designs.

Today, PMC has become one of the most iconic loudspeaker brands in the UK, and the products are still made in the company’s Luton factory. Recently, however, PMC began to outgrow that plant overlooked by the airport. The development of the new Fenestria meant the hand-built construction of that flagship loudspeaker – and the company’s ever-expanding research and development team – moved to PMC’s new headquarters to Biggleswade.

The ‘new’ premises are not new at all. They were the family home of a landed gentleman (think the Bennet family from Jane Austen’s Pride and Prejudice, just half a day’s ride further north), which became a school… and trappings of that past are still very prevalent in the architecture and fixtures of the building (find me another loudspeaker brand with a grandfather clock… and 42 badgers in the grounds). What was obviously the family room and the main classroom is now the listening room, combined with a small part of PMC’s museum-like archive of classic products in audio history.

For all these past glories, PMC is always looking to the future. Pete’s son Ollie is pivotal to that future, heading up the company’s R&D department, and constant explorations at the cutting edge of loudspeaker technology continue… the Fenestria wouldn’t be possible without that ground-breaking research.

We intended to speak to PMC founder and infinitely loquacious nice-guy Pete Thomas about all this, but there was more than a spot of mission creep. So rather than try and pin this down into set questions, we just took our lead from Pete… and what we got was pure audio gold.

AS: How did PMC begin?

PT: I think PMC really started in hi-fi. We started in pro because we were in business, but the roots of it were in hi-fi. Both Adrian and I were big hi-fi enthusiasts and we both ended up with pairs of IMF transmission line loudspeakers. At the time (about 1972/3), the only two loudspeakers I actually liked were Quad Electrostatics and IMFs. I didn’t know why I liked them but I thought they had a very natural speech quality, and they also had a very nice in-room image placement.

We both kept these systems for probably 15 years, but whenever either of us wanted to buy a new hum-dinger of a system, nothing was that much better than what we were used to. That got us thinking about developing our own. 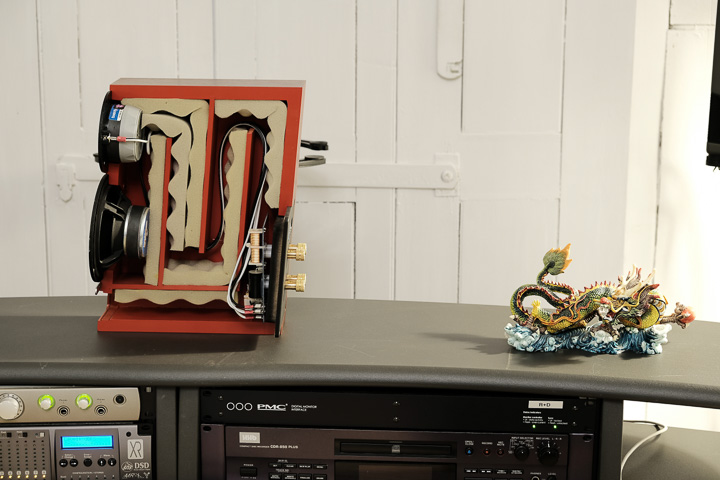 I was with the BBC at the time and asked to look after the recordings at the Maida Vale studios. They were using Tannoys and JBLs, which were more robust but didn’t have the characteristics of classic BBC designs. So what I was doing as a hobby intersected with the work I was doing at Maida Vale. I was also on the BBC loudspeaker licensing committee at the time, so I was constantly evaluating loudspeaker designs. Those three things came together in the mid-1980s.

We spent the next three years designing various prototypes. We went through five iterations until we got to the BB5 and they decided they were good enough and would buy them. They bought two pairs… and at that time I was invited to leave the BBC because I wasn’t allowed to be seen to profit from the BBC! I had the choice of donating my design and staying, but I didn’t think that was equitable so PMC was born!

How do you design loudspeakers?

The BBC had been designing loudspeakers for 40 years by the time I worked there, and it evolved this procedure that I think is brilliant and we use it today. That is they recognise that a loudspeaker design has to be fifty per cent measurement and fifty per cent listening – you can’t do it ALL listening or ALL measurement. What the BBC does is build a prototype, put it in a studio, and get all the ‘golden ears’ recording engineers to use them for about three months, logging their findings in a book. I can tell you, the first comments we got on our early designs were brutal! These guys are pretty fussy. 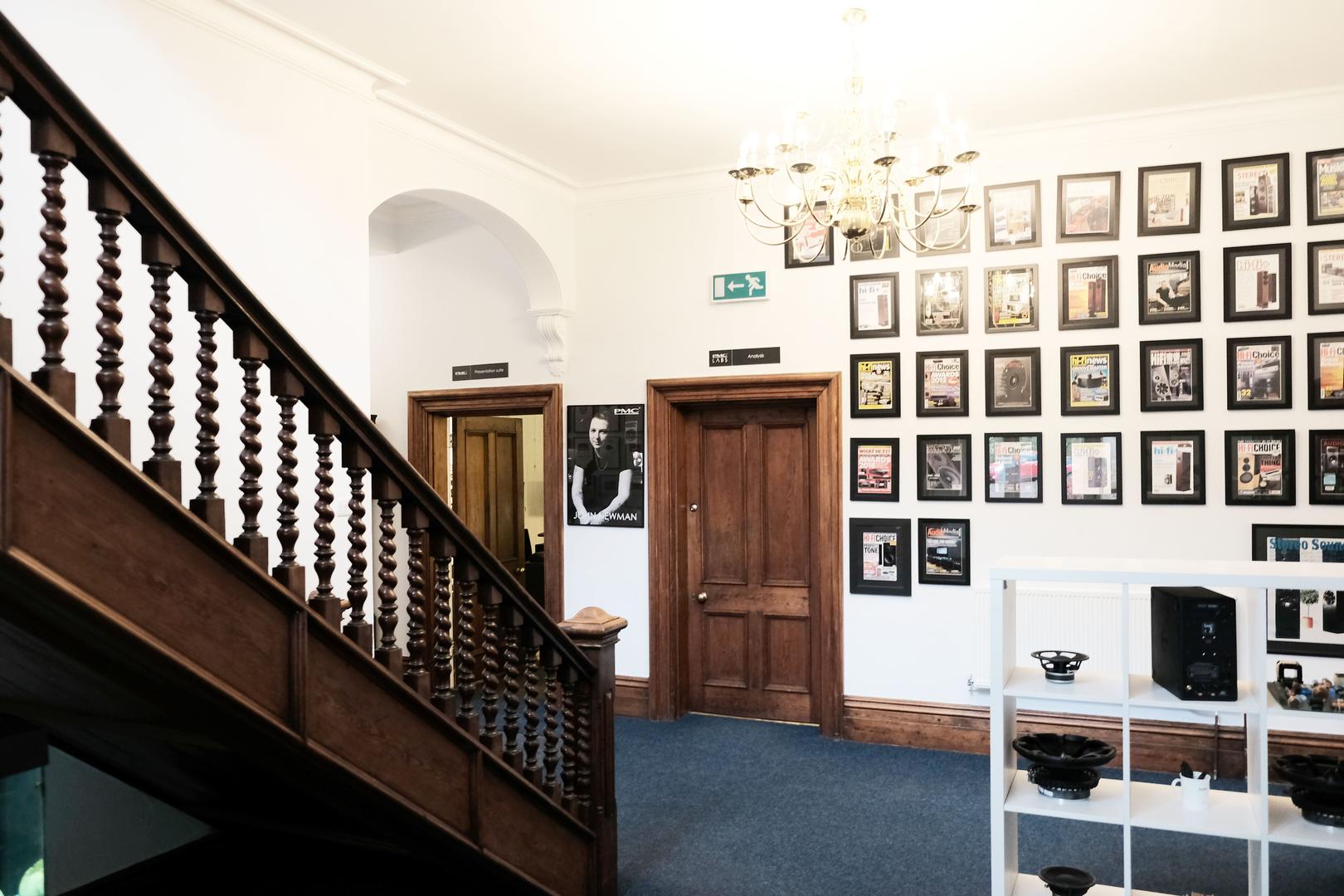 It’s a great process because you get the comments, then redesign the product based on those comments. You still measure the speakers to make sure you are making something that is accurate, which means you end up with a speaker that measures well and also sounds good.

The other interesting part is the speakers are designed up to almost the finished product on speech and in mono. We then test on music and in stereo at the end of the development stage, but because we listen to speech every day of our lives and are so focused on it, we know when speech sounds right or wrong. We actually use a 1958 BBC recording of speech all the time. We’ve very lucky to have that background because it gives us a reference point to this day.

How did Fenestria come about?

Fenestria has been something we’ve wanted to do for a long time to be honest. Our high-end pro range was restyled and remodelled for the domestic market, but Fenestria is different. The birth of the fact range was intended to take the performance of those big studio monitors and reformat it into a long, tall, thin speakers. The fact range was the start of the development process to make a really high-end product, especially as a lot of new ideas were coming out of the R&D department. 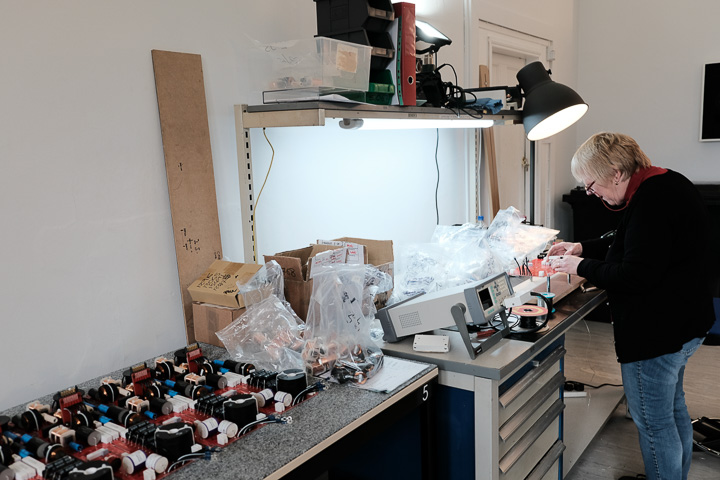 We’ve got both a product development team and pure R&D, who may or may not come up with ideas that are useful for future projects. However, the two or three things they did come up with wwas creating a chamber behind the dome midrange we’ve been using for the last 28 years, which lowered distortion significantly. 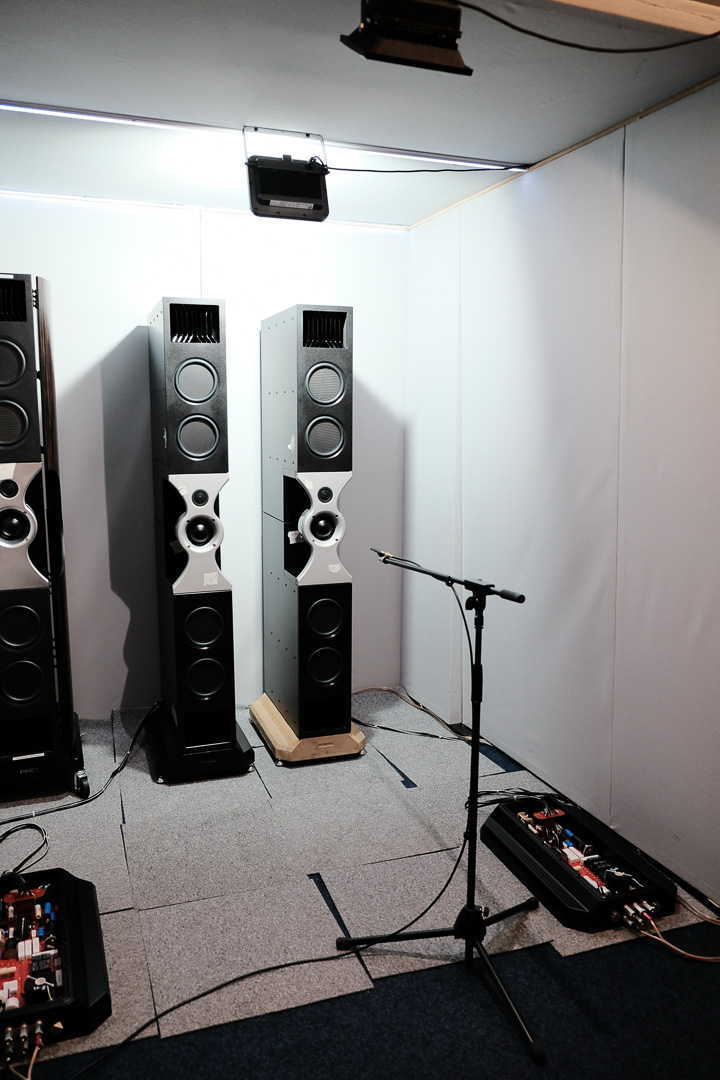 The next big development was the Laminair vents. This was Ollie’s big work, and improving the airflow in a transmission line makes a big difference to performance because there are surprisingly high velocities involved. We also recognised a lot of people are trying to make the cabinet more inert, but the weight of the panels involved makes such systems prohibitive. So, they came up with mass damping panels on anti-vibration mounts on critical points on the sides of the speaker. These act as an out-of-phase vibration to kill vibration, a bit like the counterweight in earthquake-proof skyscrapers.

The most important thing is we passed on to that R&D team the idea that you should trust these two things on the sides of your head! In engineering, you can get very carried away with the technology, but it has to give a benefit in performance, and I think that can get lost.

But it’s also about measurement! Modern measurement systems are so advanced you can now measure more things and explore things you didn’t have the time to do in the past because the measurement process was so slow. You couldn’t have afforded to bring Fenestria to market 10 or 20 years ago – it would cost half a million pounds because of the investment in R&D!

This also means at the other extreme, a fairly inexpensive loudspeaker now has the performance of a speaker that would have cost three or four times more back in the day.

Tell us more about the museum!

It’s grown randomly over the last 40 years. I’m a bit of a collectaholic (the polite term for ‘hoarder’) and people started giving me stuff. It started – naturally enough – with a collection of all the early transmission lines (because there weren’t that many to collect) and it expanded from there. First to classic speakers, then amplifiers, turntables, tape machines… everything. We try to find classic or landmark designs, but then it got filled in with not-so-classic designs we acquired.. The goal is to create a 50’s, 60s, 70s, 80s, and 90s room with a working classic system of that era. Like a visitors centre!