German high-end equipment support masters finite elemente had a bit of a troubled decade during the 2010s, but the brand is back, with greater focus than seen in years. A few years ago the brand struggled with diffusion and creating complicated products that were initially well received but failed to find a big enough market, but it has learned from those errors.

The company is back to doing what it does best; its Ceraball and Cerabase line of equipment isolation devices, and its Pagode Master Reference isolation support rack system. The intervening years have seen development in materials science, realised in the new carbon-fibre platforms, and that will give rise to a flagship product line soon. But the entire finite elemente line is now deliberately and consciously streamlined.

We spoke to Luis Fernandes, the original brains behind the finite elemente line on the company’s history, its return, and the shape of the audio world today and tomorrow…

AS: How and when did finite elemente begin?

LF: We started back in 1997 and built up the brand starting with the racks and after that the Pagode racks of course. After that, the Cera accessories came along and things developed very well. However, my then business partner joined the company full time and wanted to do, let’s say, bigger things. He was very much into furniture design and didn’t quite understand how audio equipment supports differ.

That resulted in the Hohrizontal 51 system, didn’t it?

Among other products, yes; the Hohrizontal 51 soundboard was a large project for us, but it didn’t pay off because while the product was nice but the consumer didn’t accept it. We had to close the company because of that.

Why did the company close?

A guy completely alien to the audio world took over the company and he tried to do some business. However, the products from that time very quickly developed a reputation for poor quality, and that company closed down in 2016.

How did you (and finite elemente) return from this?

A German retailer of finite elemente was extremely loyal to the brand. Werner was a longstanding dealer who became our German representative for the brand. He still has his shop, but his son took over the operating business and Werner went into being a distributor and representative for several brands including finite elemente. Both Werner and Stefan (who also runs a loudspeaker brand in Germany) still love what finite elemente represents, and Josh approached me and asked me if I wanted to join the company again. Those two started the company again in 2018, and I came on board soon after.

The company’s new product line is more streamlined, isn’t it?

Yes. We built up the Cera products again in the first year (2018) and last year we presented the Pagode MkII Master Reference to the public at Munich High End. Orders started coming in from there and as of Autumn 2019 we were offering and shipping racks and platforms again. This year, we introduced the first of the carbon-fibre isolation bases. 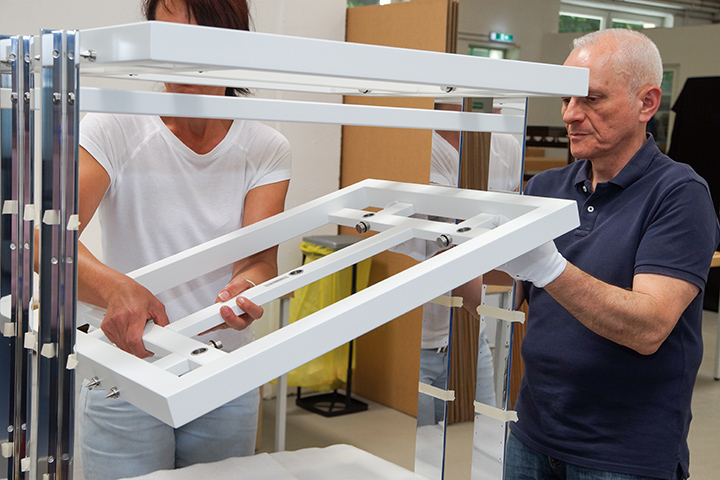 Are the carbon-fibre platforms simply an add-on, or part of a future line of equipment racks?

Yes, it’s intended to be a separate line. We have something new coming but we wanted the new version of Pagode to also have the option of carbon platforms. The new rack system will be our statement product, which we hope to show to the public in 2021.

Does this mean there will be more equipment support systems at a range of prices again?

No. We think the Cera products fill the requirements for system supports until you get to Pagode MkII Master Reference and then the flagship carbon line. We’re not going to make the Signature or other editions.

Only very dedicated people will buy high-end stands these days and we will not reissue the lower-cost racks again because the production costs are so high that the price difference between a Signature and the Master Reference would be too small.

Do people ask for racks like the Signature today?

You’ve had a personal ‘leave of absence’ from the industry from 2012 until 2019. What do you think has changed for finite elemente?

We always sold most of the Cerabase which is the more expensive of the Cera line. This was then followed by Ceraball, which is the cheapest. The Cerabase sells to the higher-end systems, where the Ceraball is used in lower-budget systems. In between, it’s more about specific applications. That hasn’t changed; the dedicated music lover that wants a good sounding system is still putting the time and energy into getting the most from that system. However, we are seeing changes in the nature of that system; more streaming products, fewer disc players and valve amplifiers. We think that’s because we are appealing to a younger digital-streaming generation as well as traditional music lovers.

We can also extend our offerings to those customers as they develop their systems over the years. We think that we can offer a high-quality carbon fibre system!

Has the size of the market changed?

I think the market segment decreased; not only are there fewer existing customers, there are fewer new customers with a lot more brands in competition. While competition is good, it means not that many customers taking care about achieving a good standard in sound.

What do you mean?

It’s not simply a race to the bottom. It’s not simply people seeking out the best value in a very competitive market. It’s about the lack of basic information and the need for components to have good equipment dedicated and optimised equipment support, positioning, installation and the rest. That is something that we noticed has gone away and that has to be revived again!

In part, that’s on you guys! The press coverage used to be about equipment supports and correct placement of components in the system. There was a lot of information for the readers. This was done by a lot of magazines, not simply Hi-Fi+. And so, the awareness increased in that time. However, now there are so many products competing for reviews, there’s no space to explore those concepts in the magazines and less call for such features as a result.

ELAC Solano: Your style, your speaker, your music