Cardas Audio is based in the coastal town of Bandon, Oregon. The town is well known for the annual Cranberry festival (their local harvest), its beaches, cheese, golf and rock formations… and one of the largest employers in this town; Cardas Audio. 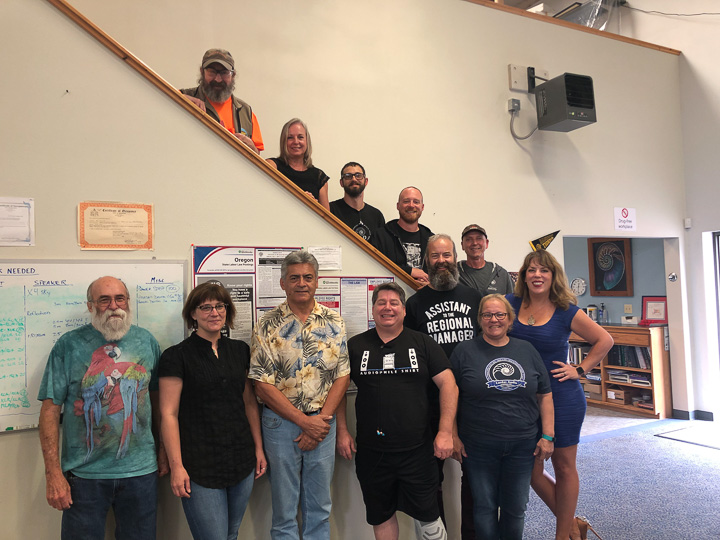 Founded in 1987, in Ontario, CA, by George Cardas, the family garage becoming the laboratory, George enlisted the help of the family to ‘colour in logos and hammer the grommets into the packaging’ says Angela Cardas. With a career as a telephone engineer George was well versed in the challenges of analogue and digital transmissions through cables.

I visited in September 2019 following RMAF, the visit coincided with the Bandon Cranberry Festival.

Arriving at the company facilities I was faced with what appeared to be a small complex of unassuming buildings. Upon entering it became clear that there was a team of staff of around 15, beavering away in their areas fulfilling global orders as is the success of their business today. 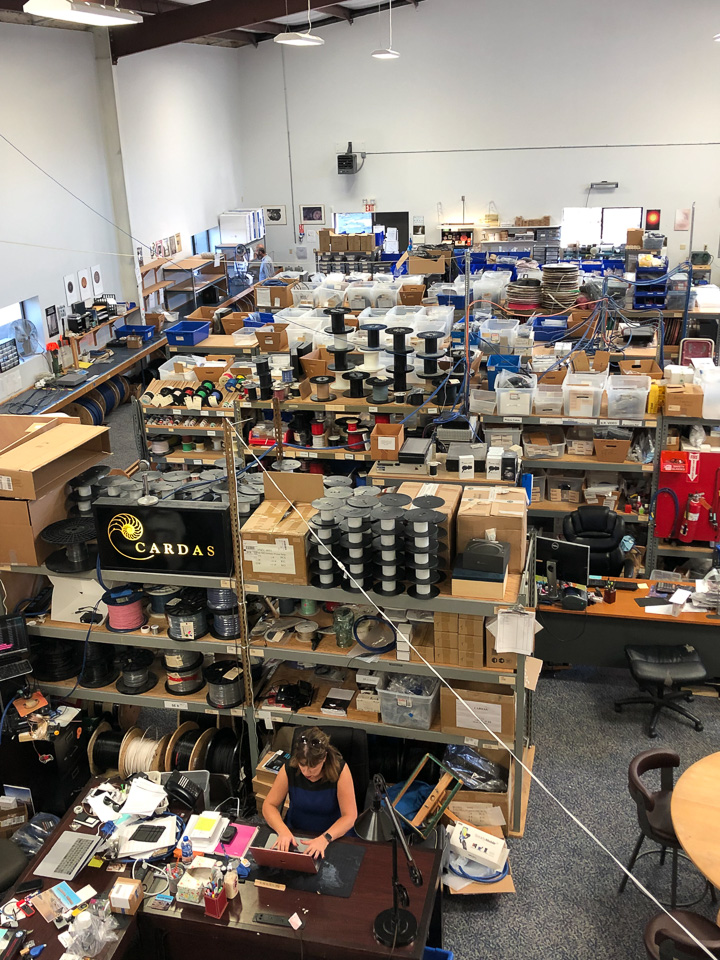 The company has developed and expanded through their 32 year history. Today they offer a vast array of high-performance cables, accessories, connectors, music and IEMs.

Since the packaging no longer requires hand colouring, Angela Cardas has progressed and now oversees the company.

The company is not a stuffy formal company, the Cardas family encompasses those who work for them and their relatives. Some of the team have been in the company since its inception and even moved house when Cardas relocated.

I spent time with many team members during my visit and it was overwhelmingly apparent how closely bonded they are. It happened to be the birthday of one of the ladies and on such a day you get to choose what lunch you would like. Another colleague will cook and prepare what can only be described as a veritable feast!

I toured the buildings with Josh Meredith, known as ‘The Marketing Man’. In one of the buildings we came across an array of guitars. Josh explained that George spent a period of time looking at guitar design and made a number of different prototypes based on his engineering and musical knowledge.

Josh showed me an early example of a cable which had been sent in for warranty service (below). As a product from the late 80’s its condition is understandable given the age. All Cardas products are sold with a lifetime warranty (with the exception of the earbuds which are given one year). 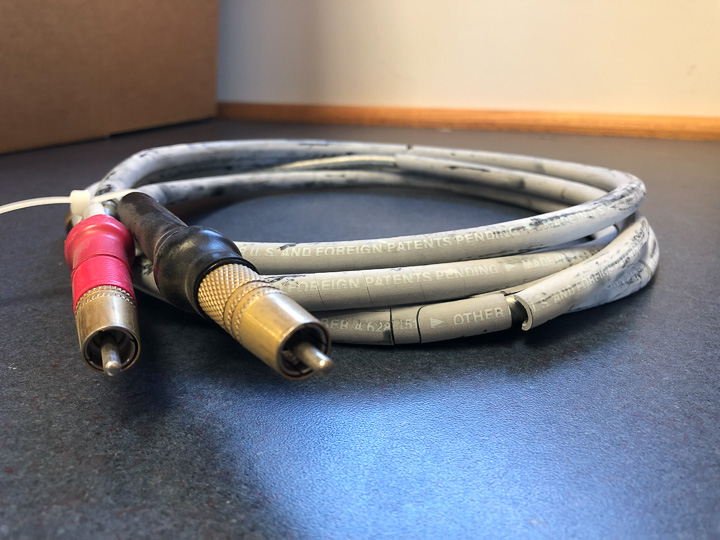 I was told about a customer who recently sent in his cables, which had been chewed by his Roomba cleaner, and how the company had replaced them as they like a good ‘Robotic Vacuum Cleaner’ story.

The build quality of their products is second to none, with each member of the team playing a vital role in ensuring that the finished product is of a standard that befits the reputation that Cardas has garnered over the years.

The company is constantly looking at technology developments to assess if these can be integrated into their processes to enhance their brand. They have a number of 3D printing machines, but will only adopt such technology if it has a positive impact on the product and brand.

The company believes in the mantra ‘built to last’ hence their lifetime guarantee, they value their customers and are confident in the build quality and craftsmanship. I was enamoured by the passion in all they do. All too often cables are branded as ‘accessories’ to a system. How many systems have you heard without cables? Cables do make a difference – without them, you don’t hear very much at all.

If you have had the pleasure of visiting an audio show in the last five years, you may have noticed that Cardas Audio are creeping into more and more exhibitor rooms. Remember manufacturers are extremely selective about who they pair up with for demonstrations, then ask yourself why are they in so many rooms? Get it? They are a company not to be sniffed at.

In addition to an ever augmenting presence at shows through products, you will often see Josh and Angela (affectionately known as Beard and Shoes); they are a dominant force and rightly so. 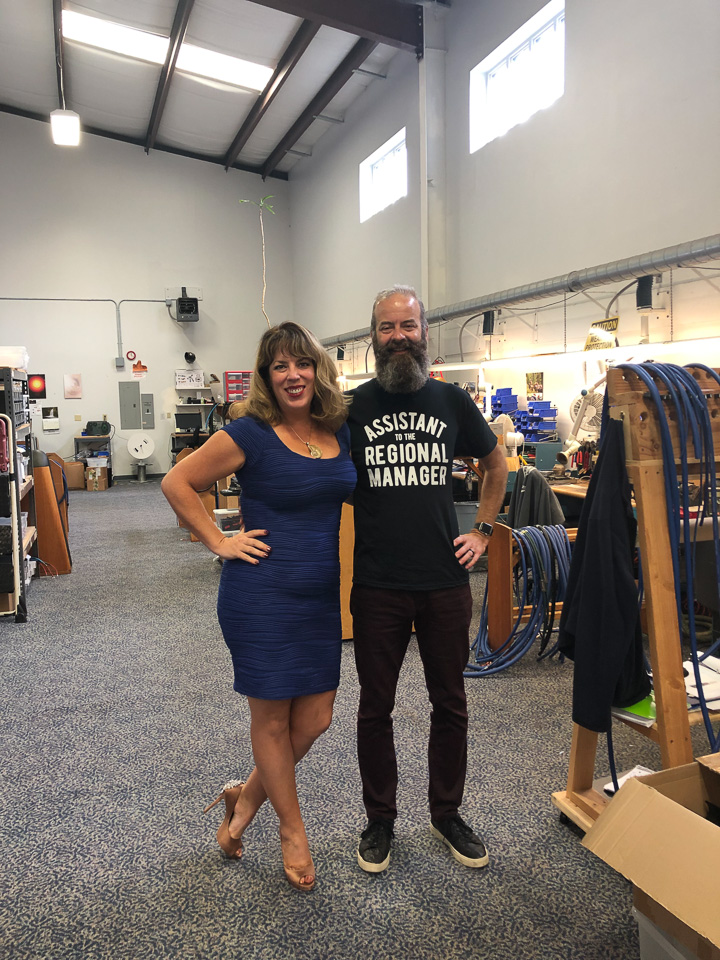 Whilst George is still coming up with ideas for new products and improvements, Angela continues to grow the company to where they are today. If you see ‘Beard and Shoes’ at an event be sure to say ‘hi’ as they genuinely are one of the nicest couples in the industry.