They say that nothing lasts forever and, judging by the standards of hi-fi fashion, that certainly seems to be true. How long did it take for diamond tweeters, suddenly the must-have audio bauble, to lose their starry status? These days, unless it’s a diamond midrange driver, who even bats an eyelid? But there is one realm in which, if not exactly popular, diamond retains an enduring ascendency. When it comes to cantilever materials in that most exotic of products, high-zoot moving-coil cartridges, seemingly nothing tops a diamond. Despite a bewildering array of gemstone alternatives, rare materials, or rarer alloys, diamond cantilevers still command respect – and a serious price-tag. How-serious? Put it this way, it’s a step up from Kuzma’s £4,945 CAR-50 (with its sapphire cantilever) to the £10,995 CAR-60 with that tiny diamond rod sticking out from the underside: this rod more than doubles the price. That might seem steep for something you can barely see, but as is so often the case with audio products, the proof is in the listening. Does the CAR-60 offer double the performance of the 50? At this point you might expect me to trot out that weary old saw, the law of diminishing returns, so often deployed in defence of under-performing or just over-priced products, but I’ve never subscribed to that philosophy. To me, any product, irrespective of price, needs to justify – indeed can only justify – its existence or relevance in terms of performance. On that scale, the CAR-60 does not disappoint. This is a very, very special cartridge indeed.

However, in order to extract that performance, you need to follow a few simple rules, observe a few basic dos and don’ts and – as with all cartridges – those start with the physical characteristics of the unit itself. Fetching red colour aside, the CAR-60 shares its blocky body, high mass and low compliance with the other Kuzma cartridges. The numbers you need to worry about here are the 17g mass and 10cu compliance. They mandate a heavy (as opposed to medium mass) tonearm – at least if you are going to avoid the counterweight dangling, cirque du soleil-esque off the back of its extension. Now factor in the sheer energy and drive that characterises the Kuzma cartridges and it should be obvious that a secure, stable platform is pretty much essential to realise their performance potential. Of course, if you are using one of Franc Kuzma’s own massive (and massively stable) tonearms, you need have no qualms, but owners of wimpy nine-inch members need not apply. Unlike the CAR-20, 30 or 40, which make a brilliant sonic match for Linn decks (even if mechanically they’re really too heavy for the arms) the 60’s natural habitat is going to be arms of 11” or more – and arms that are mechanically solid and extremely well behaved, if you really want to get the best out of it. As physically and mechanically similar as it is to its junior brethren, it’s an order of magnitude more critical when it comes to matching and set-up. Get any of this wrong and you’ll quickly erode the fragile brilliance that allows this cartridge to breathe life into your recordings, leaving it sounding flat and ordinary. I used the CAR-60 in Kuzma’s 4POINT as well as the VPI JMW 3D Signature and Timestep 12” tonearms, all with considerable success. The one-piece, 3D printed construction of the VPI arm-wand and the high-mass and titanium tube used on the Timestep are far from coincidental contributors to that experience.

Other than the diamond cantilever, the CAR-60 employs a micro-ridge stylus profile and silver coil windings that deliver an internal impedance of 6 Ohms and an output that at 0.3mV is lower than currently fashionable but perfectly adequate to avoid any noise problems. Both the Connoisseur and the Tom Evans Groove Plus phonostages proved to be perfect partners, the latter loaded at 100 Ohms. Those who favour transformer step-ups should take some serious care to match turns ratio and input impedance to the CAR-60’s internal characteristics or once again, you’ll be seriously limiting its potential. Finally, once you are getting close to ideal VTF, I found the 60’s behaviour confusingly counter intuitive. Rather than bass weight increasing with tracking force, I found the opposite happening. I don’t know why and I don’t know if it is a general tendency, but if you are not expecting the possibility, it can leave you getting things very wrong indeed…

Which rather invites the question, how does the CAR‑60 sound when everything is just right? The quick, clichéd response is that it doesn’t – although that isn’t strictly true. However, with any cartridge at this price there’s a tendency to go looking for that ‘thing’… that ‘thing’ it does better than anything else and, once again, that would be a mistake. You see, what really sets this cartridge apart is just how uncannily unforced and natural it sounds. It has an ability to convince, to let the listener relax, forget the system, and simply accept (or marvel) at the performance. This is something I remember from the Kiseki Lapis Lazuli, another heavy cartridge with a diamond cantilever – and if you think that’s praise indeed, you have no idea just how right you are!

In many ways, that preternatural capability rests as much on what the CAR-60 doesn’t do as on what it does: There’s no edge or brightness, no rounding or etching; there’s no stretch or elongation of the images or acoustic, no selective projection or spotlighting of instruments or frequencies. But above all, there’s no sense of haste or congestion, constriction, or compression. The result is a presentation that is as natural in terms of proportion as it is in perspective. You don’t realise just how many liberties most cartridges take with the shape and extent of the performance until you hear it reproduced without those aberrations or exaggerations. The result is musical performances that have all the presence, body, and power for which the Kuzma cartridges are rightly known, but with a level of integration and a natural immediacy that brings performers to life. On first listen, you might think that the CAR‑60 sounds dull or small, lacking in detail or transparency. But, just like a diamond tweeter, what you are hearing is that lack of edge and glare, combined with a level of natural organization and integration that binds all the information retrieved from the groove into a single, meaningful whole. It’s not how much detail there is, but how that detail is used. Listen longer and you soon start to realize that textures and dimensions, colours, and incidental nuances are not just there, they’re right where they should be. The incidental noises of performance, be they an instrument hitting a music stand or a player’s breathing, fingers on a guitar body or the way a singer moves relative to the microphone are captured with a natural ease that adds to the performance rather than distracting from it. 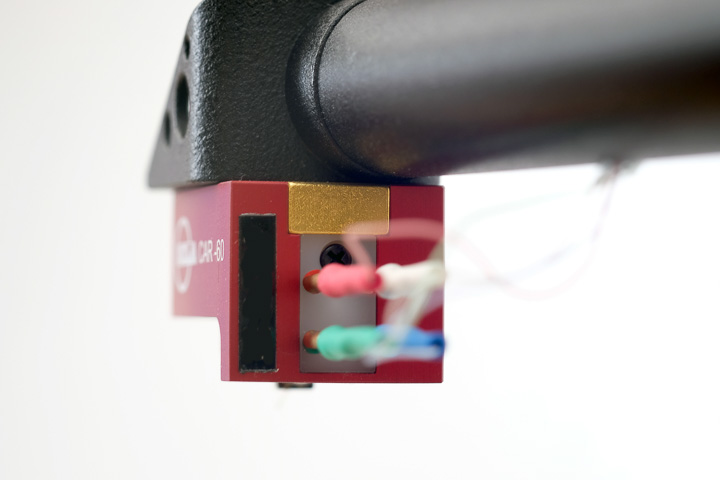 But perhaps the CAR-60’s most special quality is that it brings that sense of order and control to the time domain as well as the spatial and dynamic. Just as defining the edges of the soundstage can make it seem smaller, and just as increasing the intimate relationship between band members tends to pull things in, allowing the music time to happen can rob it of urgency – at least if you are used to expecting the system to drive things along and fire the notes at you. But once again, listen longer and you soon appreciate that things happen just as quickly as they should and that the Kuzma reacts quickly enough to let them happen just when they should. It doesn’t matter whether you want to cite the relationship between Joe Jackson’s piano and Graham Maby’s bass [Summer In The City: Live In New York, Intervention], or the inner workings of Coltrane’s elongated lines on A Love Supreme[Impulse!] the rhythmic and dynamic complexities of Martha Argerich playing Prokofiev or the sweeping momentum of a Sibelius crescendo, the CAR-60 doesn’t just bring the musicians to life, it allows the music to breathe and communicate, engage, and seduce. Because that is what makes the CAR-60 special: you don’t hear IT because you hear the performance; it’s not about sonics, it’s all about music.

No cartridge can be all things to all men or women. There will be those who crave more detail and there will be those who expect more sonic fireworks. There will be those who never get the CAR-60 working right because they use the wrong arm or just lack the necessary skills and patience. They might well conclude that it’s dull but worthy. But if you hear this cartridge singing and if you really do use hi-fi as a gateway to music (rather than an end in itself) then I suspect that many a listener will be as astonished and flabbergasted, besotted, and beguiled as I was when I first heard the Lapis. This is one diamond that just might be forever. 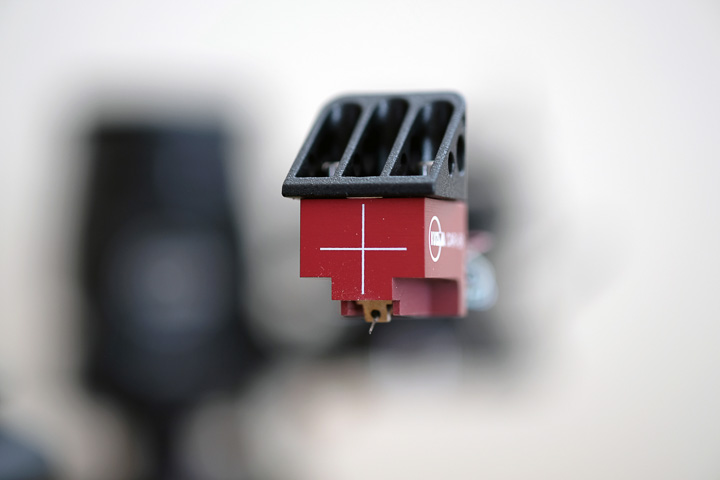