King of the Castle

Sometimes in listening to really good audio, there’s a sense of ‘always the bridesmaid, never the bride!’ Manufacturers, show-goers, and reviewers alike often hear a system that might be very good, but seldom do we hear them at their very best in the kind of context in which they are supposed to be heard. Manufacturers often have below-par listening rooms (although there are notable exceptions), reviewers trying to eek out a champagne lifestyle on a beer budget are often constrained by system or room, and show-goers are listening in a very atypical environment. Even if all those boxes are ticked and you get a good room and a good set of partnering equipment, the system barely has time to run in before it’s stripped down and shipped elsewhere.

So, when Burmester suggested we get a chance to listen to a complete system using products from the company’s Reference and Signature Lines, that was not only in the right context but had some installation time on the clock, it was hard to resist. This is kind of an ideal situation for the Berlin-based brand; the owner of this castle (we’d probably call it a ‘stately home’ in the UK, as it lacks the crenellated battlements, the moat, and the torture chamber we’d normally think of when it comes to ‘castles’ – this is more The Sound of Music than Camelot) is an extremely wealthy German industrialist and entrepeneur, who is more than a little bit of a music lover. He’s got high-performance audio in all his castles (haven’t we all?) and the one nearest to Berlin (it’s his ‘hobby castle’ or possibly ‘stunt castle’) has two fine rooms given over to musical enjoyment. Downstairs is a Steinway & Sons Spirio Model B medium grand piano with its built-in computer-controlled playing system, and upstairs is a complete Burmester system. 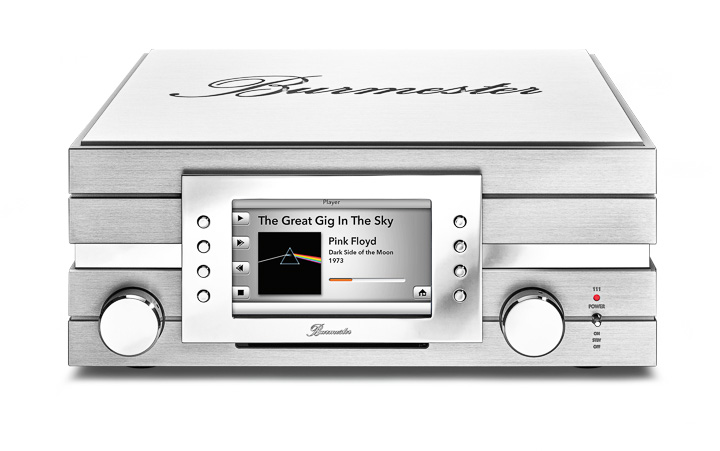 This Burmester system is made up from the current pinnacle of the company’s range. It comprised a Reference Line 175 turntable, the Reference Line 111 Musiccenter (acting as streaming digital source and preamplfier in one), the ever-popular 948 power conditioner (from the company’s Top Line), and the new 159 mono power amplifier and a pair of BC350s from the brand’s new Signature Line. It replaced some truly top-end American audio kit, too. 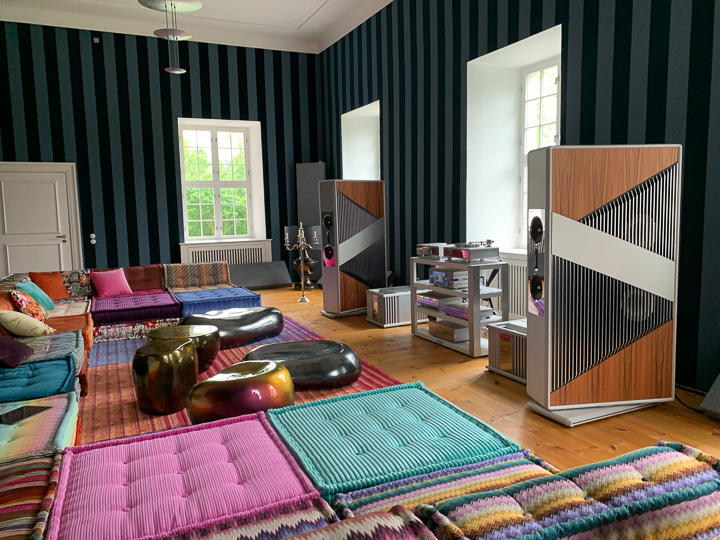 We’ve looked at many of these components before, but context is king. Or at least, fit for a king. The room, overlooking the rear aspect and the grounds of the castle, is on the first floor, is larger than many people’s first house and is beautifully finished. The furniture was of a local design (a kind of Berliner equivalent to Arts & Crafts) and is on the way out, but the overall feel of the property was one of understated elegance rather than ostentatious wealth. And that’s one of the strange things about the Burmester system in context; normally, mirror-polished chrome fascias, amplifiers the size and weight of a small car engine and a pair of loudspeakers each the size of a large free-standing refridgerator could be considered the very model of ostentation, but what’s surprising that in a room so large and well appointed, they look entirely right. The criticisms levelled at bright chrome finishes that last forever do not apply when you have the kind of room that can easily house a grand piano. Piano gloss is shiny too… 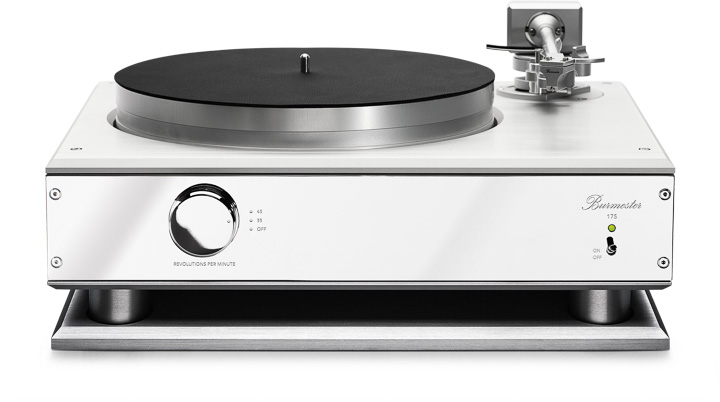 The more important aspect is that of installation, and especially an installation that has been in place for some time. This is something few people apart from those who actualy own high-end equipment – and don’t have to swap it out regularly – can really appreciate. I’m trying not to make this sound  like highe-end audio can only deliver its best performance when in the finest rooms for the longest times, but there is a sense of the organic to the sound of a well made and properly installed system that isn’t chopped and changed around that is greater than the sum of the parts. And the parts are pretty damn great in and of themselves. Maybe this is part of the secret of running in a component; it needs to become one with its surroundings, and that’s what’s happened here.

Many systems – even extremely expensive ones – make an audio presentation that accents the shiny and tinkly bits of a performance. This is different, it’s more robust sounding. Yes it still does the delicate high-end upper frequencies that make so much difference to the way a system sounds, but this is way past ‘hi-fi’. Again, this might not be something you might expect given the typical managed show demonstration, but it means the system had some moments of true beauty when playing a game of Tidal/Qobuz-related musical ping-pong. At such times, there is a sure-fire way of checking how good or bad a system is at playing music; if you wake up the next day and find your note pad or smartphone is festooned with ‘must hear’ music, and others have done the same, you are on to a winner. If you find that music was well outside of your comfort zone, then you are on to a dead-cert winner. I like to think myself as having pretty catholic musical tastes, but I walked away from a protracted session listening to a system with a wealth of new names and recordings to explore. One or two – Lauridsen’s Light Eternal sung by the Chamber Choir of Europe [DG} for example – making it to my regular review playlist. 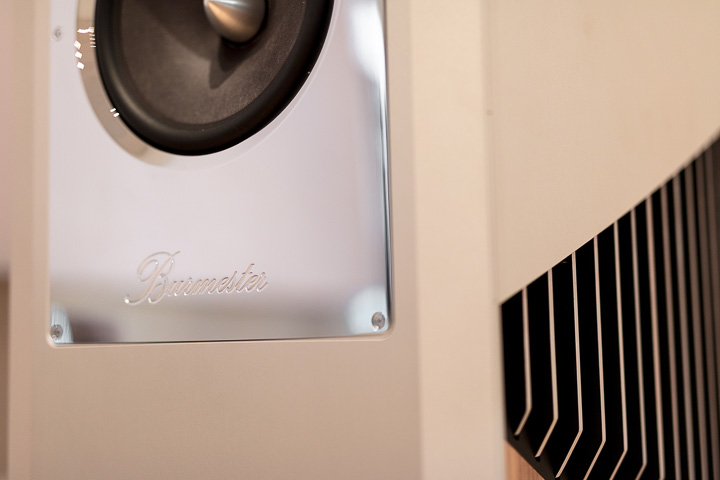 That word ‘organic’ kept coming back. Not to my note pad — this wasn’t the kind of event where one takes notes — but in reviewing what I had heard the next morning. It made other systems sound disjointed; perhaps in concentrating too much on soundstage or microdynamic shading, they lose something of the gestalt that the Burmester system so excels in delivering. And that was what the system did so well here. Yes it had an exceptionally wide frequency response, excellent dynamics, good stereo imaging with outstanding image solidity, precision, and vocal articulation, but there was so much more to this as well. It’s hard to say it without sounding pretentious but there was a sense of music ‘belonging’ and being ‘confortable in its own skin’ here. These are very different terms from ‘dynamic shading’ or ‘soundstages wide of the boxes, but they amount to the same thing – performance without parallel. 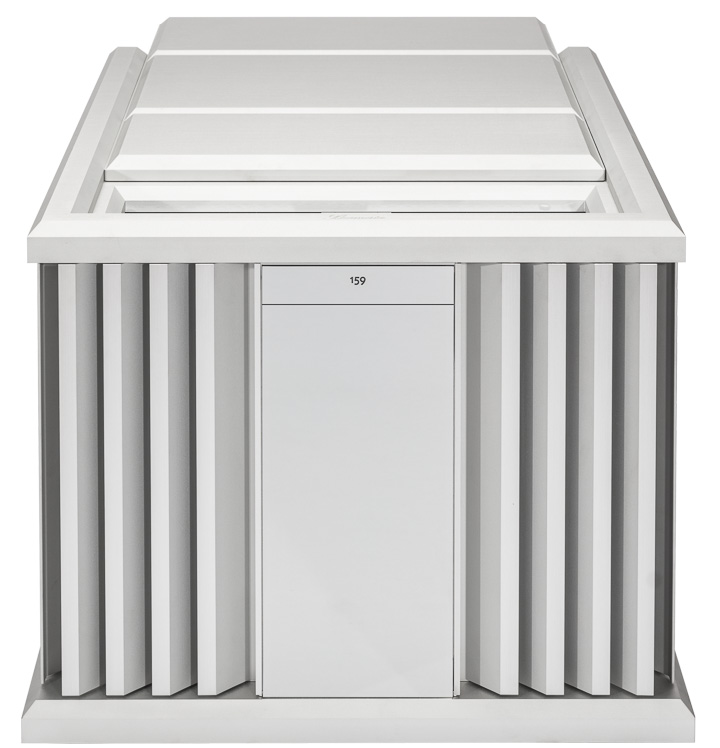 There is something more. It’s that this system expresses something of the good life that sometimes you just don’t get elsewhere in audio. When you buy high-end audio equipment, if it’s for entertainment purposes and costs as much as a speedboat or a classic sports car, maybe it should give the user as much entertainment as a speedboat or a classic sports car? That’s what this Burmester system is extremely good at doing; making the process of listening an enjoyable experience. The company you keep, the sense of bonhomie you and your guests create, the food you eat and the wine you drink all impart a sense of musical entertainment that a system like this one just helps along a lot. That this Burmester system is effortless to use, sounds great, and fits unsurprisingly well into the surroundings only serves to show just how much is possible.

Burmester’s ultimate connection with the castle is a laid-back one. That doesn’t mean they can use the place as a demonstration facility as and when they choose, but it does give the company the kind of direct connection to the kind of environment in which truly top-end audio falls easily into place. And that’s often hard to find.