IsoTek has made the whole subject of power conditioning and regeneration more understandable with the launch of its EVO3 Titan One and EVO3 Genesis One products. Forming a core part of the company’s penultimate Mosaic range, the combination of two Titan One’s and a single Genesis One in essence equates to the EVO3 Mosaic Genesis (which won our 2016 power product award), but sub-divided into its component parts. This not only makes for a smaller footprint, it allows greater flexibility depending on the system and the quality of the power from the inlet, it means a step-by-step approach to power conditioning and regeneration, and could theoretically spell a conditioner for each device on the rack!

The EVO3 Genesis One is a single-cell sine wave generator, optimally designed for front-end and preamplifier duty. It’s small enough to sit next to its designated component on the same rack (or you can place six side-by-side on a single 19” shelf), and can be daisy-chained, so additional Geneses and Titans can be used from a single socket. With a small Class D amplifier (but using a linear PSU) in the circuit, delivering 100W of power with a potential 85dB of Common and Differential mode noise reduction all the way down to DC (0Hz) on tap, the Genesis One is an ideal solution to mains-borne noise for a particularly vulnerable component, or the first step in a sophisticated, multi-box power solution. An audio power company with many good power cords to its name, IsoTek naturally wires up the EVO3 Genesis One with high-grade cables; in this case, silver-plated PC-OCC conductors separated by a FEP dialectric. The EVO3 Genesis One comes in two finishes (brushed aluminium, and black) and can either be supplied with a blue LED panel to show a range of options (incoming voltage, THD, mains frequency, output voltage, and power consumption), or with the same panel blanked out. The performance is the same, but the LED-free version is a little cheaper and in daisy-chained systems where there is a dedicated Genesis per component, a bank of LEDs telling you the same story is unnecessary. 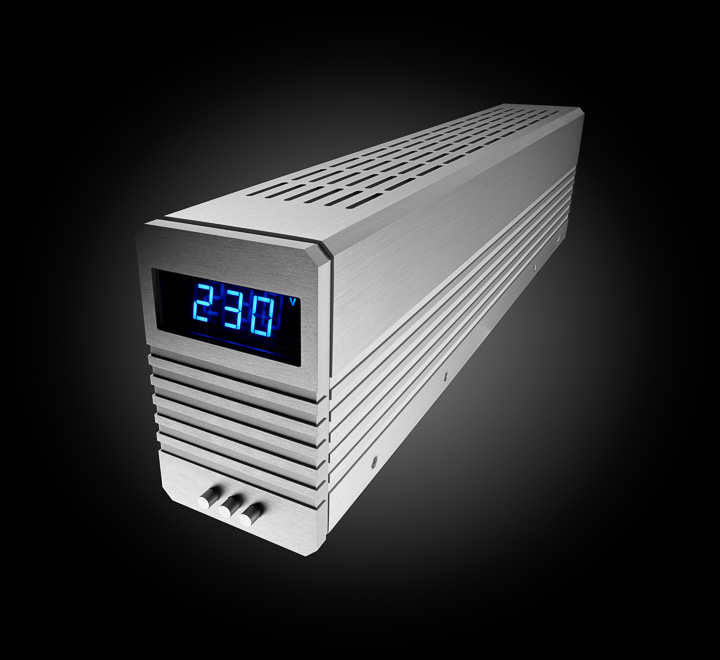 The EVO3 Titan One conditioner is even more minimalist, as it doesn’t even have option of a display, or trio of buttons to navigate that display and turn the Genesis on or off. Titan is in the same extruded aluminium box as the Genesis One (the rear panels of both devices are almost identical, too) and internally it uses the same silver-plated PC-OCC conductors separated by a FEP dialectric for its internal wiring. It’s also a single-cell conditioner – designed for one device. However, unlike the Genesis One, the Titan One is specified to work with up to 3,680W of power requirement, so is perfectly comfy hooked to power amplifiers, subwoofers, and so on. It features the same ‘Direct-Coupled’ conditioning system found in the Mosaic Genesis and unique to IsoTek, and is said to cut up to 82dB of RFI down to 5Hz. Like the Genesis One, it is designed to work on Common and Differential mode noise reduction, and the result is a high-current, low-impedance power feed.

System building can take many forms here. You might conceivably start with a EVO3 Titan One as a conditioner, then add the EVO3 Genesis One, and either move the Titan One down the line to the next component in the chain, or double them up for the best possible combination of clean power options. The EVO3 Genesis One rebuilds a cleaner power from the wall, and then the EVO3 Titan One knocks out the last bits of noise generated by the Genesis One itself. You could, ultimately, deploy an EVO3 Genesis One/EVO3 Titan One double whammy to each line level and preamplifier in the chain, with additional Titan Ones used for the power amplifiers. A better option at this point might be a more integrated solution, unless you are building a power solution step-by-step, or are diametrically opposed to spare sockets on a power conditioner.

The two products work together in harmony, with the EVO3 Genesis One bringing a profound sense of a more organic, more structured sound to the music emanating from the product connected, while the EVO3 Titan One is the noise reducer and dynamic range enhancer. Taken on their own, they work exceptionally well. The EVO3 Genesis One takes the sound of your system and removes its edginess and hardness. It doesn’t change the character of the presentation, just makes that presentation seem less ‘angular’ and harsh sounding. The overall presentation is just that bit more fluid, more able to process and draw together the themes within a piece of music. I can see where some might see this drawing the listener’s attention away from the dynamic range of a component, but it’s more about bringing more of the performance to the fore, rather than highlight a particular aspect of that performance.

Then there is the EVO3 Titan One, which brings the silence. It lowers the background noise of your system slightly, enough to liberate the dynamic range of that component somewhat without any compromises elsewhere. Used on its own, it has a smoothing quality to the performance, opening up the soundstage slightly and presenting the sound in a more even-handed manner. But the Genesis One already covers most of this signal smoothing in these systems, so the noise-floor lowering and general perceived dynamic range increases the Titan One also brings to the sound are the key indicators in use with the rest of the Mosaic. 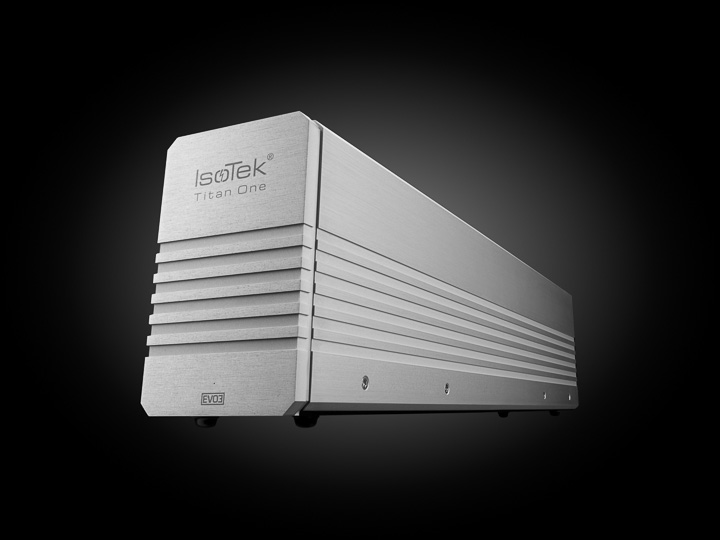 These are easy things to hear. Play ‘Lucky’ by Kat Edmonson [Way Down Low, Spinnarette] and as the track is so overused in advertisements all over the world, it’s hard for the track not to sound slightly dull, but the EVO3 Genesis One gives her voice back all its gamine charm and lyricism, while the Titan One just makes the music spring out of nowhere. Is this track massively overused by the advertising execs? Of course! But the IsoTek duo help remind you why it became the ad-creatives’ fave.

For my system, I would start with the EVO3 Genesis One. Its ability to bring out the refinement in a system helps greatly when using relatively ill-matched systems and continually plugged and unplugged devices. But I would quickly add in the EVO3 Titan One because in such ill-matched systems, it brings out the often hard-to-find impact and dynamic energy, without compromise. In a way, what I’d like to see here is an EVO3 Genesis Two in the range, especially as there is a move toward more powerful all-in-one systems. A power regenerator with more capacity would fit such systems well, without the call for the full-blown Mosaic Genesis. The ‘football score’ package of Genesis Two and Titan One would be the perfect combination for the likes of the Naim Uniti Nova, or even the D’Agostino Momentum Lifestyle, and I think this is becoming an increasingly important category in audio today.

There are two points where you might be gilding the lily with the Mosaic combos. The first would be to place an EVO3 Titan One before the Genesis One – there’s no point in doing this. The next is to use one or more on a turntable. In some cases, the combination of ripple-free, stable power that is subsequently neatly manicured and conditioned can help out power supplies in turntables, but in most cases the power supply feeding the motor of the turntable does the job admirably well. It’s unlikely that a power conditioner or regenerator will lower performance, but neither will it substantially raise the bar.

IsoTek suggests these products are designed to fit into systems costing between £10,000–£35,000 and I think that’s a fair assessment. Below that figure and the justification for using a £2,000 regenerator and a £1,800 conditioner become hard to parse. Above that and you might want to consider some more heavy lifting gear to cope with the kind of beefy power amplifiers that are likely to feature in such a system. And £10k–£35k is the kind of high‑end sweet spot for carefully composed systems that will get an audible benefit from these two Mosaic products on each component you can put them before. And, as the concept has the potential to grow effortlessly as you build your system, it’s hard not to think this a clever, modular, step-by-step approach to power products that works. Highly recommended! 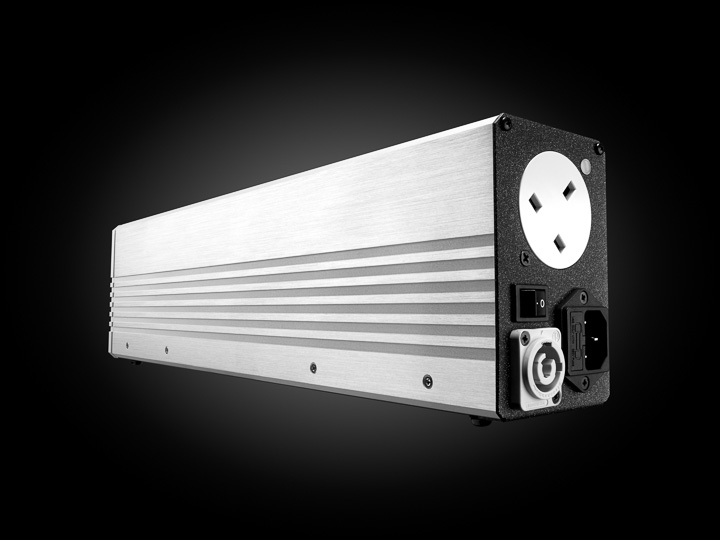 Distributed in the UK by: Sound Fowndations