Fostex is a name which conjures up professional audio, and, in my particular audio experience, Reel-to-Reel machines! In fact, Fostex was formed as an offshoot of the Foster Electric company in 1973, the parent company having been founded in 1949, specialising in OEM and speaker transducer products.

Distributed by SCV in the UK, Fostex has a domestic offering that has been growing recently. There has historically been a split between domestic and professional audio, as arguably domestic audio seeks to provide the best in audio enjoyment, whereas Pro Audio seeks to be as neutral and revealing as possible – a bit like the old ‘monitor versus speaker’ debate. Two different functions for two different markets. For Fostex today, though, domestic dominates. 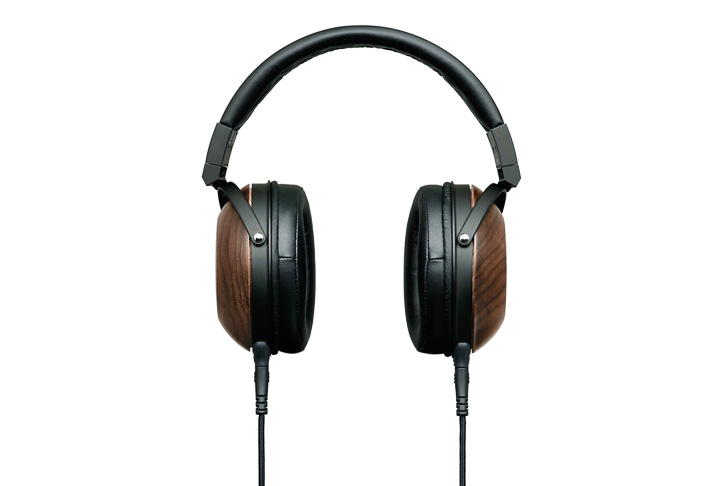 These days, that distinction is becoming more blurred –Apogee, ATC, JBL, and PMC all have feet in both camps, for example. When domestic sales prove to be a large multiple of the Pro sector, you can see why there is temptation is to score in both sections of the market.

The Fostex TH610 headphones more domestic than pro, thanks to an organic, almost retro look and feel, with walnut cheeks, and artificial leather cups. They sit comfortably on my head without undue pressure, and make for fatigue-free listening. The headband, a synthetic leather padded affair, houses the metallic rails that click reassuringly to adjust the headband size. The cable can be removed revealing the similar (but not the same!) type of pins that Sennheiser use in the HD650’s: gold plated with a rhodium coating. At the other end is a 1/4 inch aluminium-barrelled, gold-plated jack.

The drivers are 50mm units with neodymium magnets, sporting a field strength of one Tesla. The ‘bio-dyna’ diaphragms contain bio-cellulose fibres, which are said to respond faster than conventional plastic drivers.

Splaying the headphone on my chest, there is precious little sound leakage when the cups are fully engaged, which may make them suitable for plane and train journeys.

Listening to the Raymond Leppard recording of Bach’s 4th Brandenburg Concerto [Philips], using an Astell & Kern AK300, I’m struck by just how good this combination sounds. The thing that these headphones are doing well is tracking and exposing the bass line, tightly and with great coherence. In fact, it’s in this area that the headphones really excel; many other favourites of mine at this price range can do other things well, but have difficulty putting together this tightness of bass. The soundstage created by the headphones is reasonable, although the image is a little near-field and lacks the ultimate openness and airiness that, say, a good pair of Stax’s Electrostatics Headphones can create, but this is no show-stopper.

Moving to Ray Gelato’s Full Flavour [Linn], and in particular ‘Basin Street Blues’, the instrumental solos show up some interesting results. The trumpet solo lacks a bit of top sparkle; it sounds less ‘brassy’ than I’d like. Ray Gelato’s voice doesn’t quite seem as credible as I’ve head before, and the headphones aren’t disappearing, meaning that I’m not being transported to a smoky jazz club. It’s as if there is a barrier in the way, so that his voice seems a little shut-in, and some of the exuberance is missing. It’s perfectly decent, but lacks the magic dust that helps me to suspend disbelief that I’m there!

Turning to Shostakovich’s The Jazz Album [Decca], Chailly and the Concertgebouw Orchestra, (Suite no 1), there is a brilliance missing to the violin solo; it sounds a bit rolled off at the top, and this is costing the overall feeling of ‘rightness’ that is missing. The instruments also seem too tightly packed in the soundstage, albeit compared to more expensive headphones. There is also a sense that each of the principal soloists have their own area on the stage. This is sounding too spatially compressed for my taste.

So moving away from the Astell & Kern AK300 as a digital transport and a headphone amplifier, where the alchemy and synergy was wanting, I turn to the provided accompanying Fostex HP-A4BL, a headphone amplifier and DAC, which is based on the current Fostex HP-A4, and is a competitively priced unit offering balanced connections for headphone via a four-pin output. This of course necessitates a special cable, and I appreciate having what looks like a DIN connector to fulfil this function, as one of the widely used alternatives is to use a mini headphone jack with an extra ring. This means that a high-quality cable will struggle to fit into the jack, and its life expectancy is measured in minutes! For review purposes, a Fostex cable was supplied.

The recent development over the previous model HPA4 is an external power supply via a wall wart, rather than being bus powered, and consequently the power output has tripled. There is a switch on the front panel which adds 10db of extra gain for harder-to-drive headphones.

The chipset employed is a Burr-Brown PCM1792A, capable of 192/24-bit PCM and DSD 11.2Mhz (DSD256/Quad). It is designed to be used with the Fostex Audio player to decode FLAC, ALAC, DSD, WAV, AIFF, and most other popular audio formats, and there is a choice of two different digital filters to suit taste. 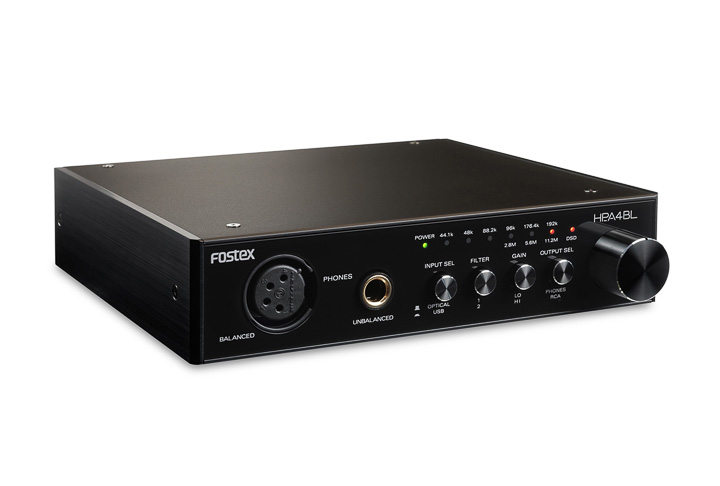 The unit is diminutive in size, and its front panel includes an unbalanced headphone output, volume on/off switch, and input selection to add to the previously recounted features. Rather surprisingly, there is no S/PDIF input at the rear: There is USB, Optical in and out, and RCA output. I can see that in a unit of this size, space is limited, and I’m sure Fostex have their reasons, but from my point-of-view this is an oversight. A curious micro SD slot is for firmware updates.

Listening to the unit as a stand-alone DAC, optically fed with a glass cable, and an Esoteric K-05 transport, with Dvorak’s New World Symphony, by Solti [Decca], the DAC acquits itself remarkably well. Against the mighty Chord DAVE, its space is contracted, it lacks some of the low-end grunt, but tonally the two are surprisingly similar. Of course the Chord DAVE is a shade under twenty times the price, so I think the Fostex is really excelling in the value-for money department.

There is a real coherence to its presentation, and possibly a little lightness in the bass, with a sweet midrange, that makes for a good listen all things considered.

So how do the two products work together? Are the synergy levels better than with the Astell & Kern?

If you will permit me, I will use a piece of Operetta as a musical illustration; namely, Lehar’s ‘Merry Widow’, John-Elliot Gardener conducting the Vienna Philharmonic Orchestra [DG]. In the hustle and bustle of the Overture, listening through the balanced headphone connection, there is real energy and punch to this manic beginning. The bass interestingly no longer dominates. The tightness of the bass of the headphones which is overstated, and the quiet but accurate contribution of the Headphone/DAC seem to compliment each other really surprisingly well. This Deus ex machina is welcome, as it shows some method in Fostex’s thought processes. The sound errs on the close, but without a doubt, the two products help to potentiate each other. Mutually dependent dysfunctionality, I think a shrink would say!

Swapping over to the unbalanced (standard) connection yields some distinctly less engaging results. The bass is much less purposeful, even rather saggy. Some of the enthusiastic sparkle of the opening scene is obfuscated, and separation is diminished. This comes as a surprise to me, as I’ve not had the opportunity to investigate balanced headphones, and the differences are certainly an avenue worth pursuing.

For those looking for a beautifully made pair of headphones, which can do bass like the best of them, you should definitely audition these headphones. However, for me, they are a much more attractive proposition teamed up with the HBA4BL as a partner, which is not only an excellent Headphone/DAC amplifier for the money, but also is a match made-in-heaven for the headphones. 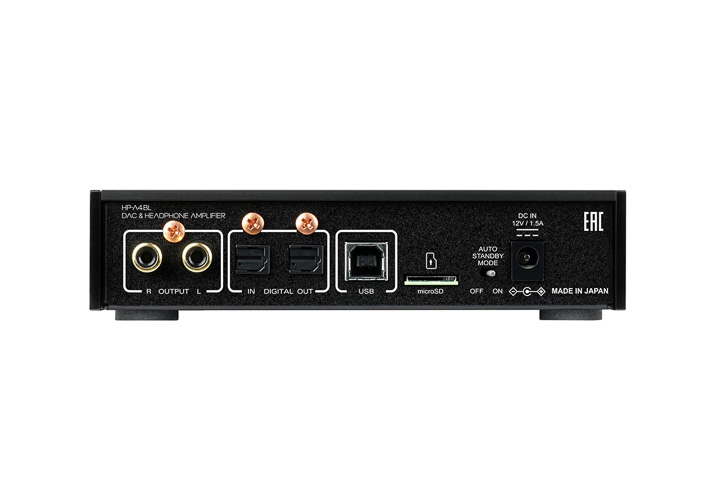 Sometimes it’s good to break up the band: The Yardbirds gave us Beck, Clapton, and Page. But this time you could end up with two Ringos, so they should stay together!