I’m not a big fan of the Rocky franchise, but you can’t help but admire the protagonist’s tenacity in those movies. Life throws more than a few rocks at the lead character and he just pushes them aside or even pushes through them. So it is with Finite Elemente, the Rocky Balboa of high-end audio (without the increasingly lumpy face).

We’ve covered the Ceraproducts (Ceraball, Cerabase, Cerapuc) before. Several times, last time way back in issue 48. And in essence what applied then applies now. We’ll get back to that in a moment. But the sheer staying power of Luis Fernandes of Finite Elemente must be applauded. The company has had more than a couple of ‘wobbles’ that included Luis being ousted from his own brand and then fighting back to reacquire and restart the company. That shows a single-mindedness that deserves applause, and in the process an adherence to a direction in audio component isolation that is rare and praiseworthy. Luis knows his equipment deserves another round and is prepared to re-stake his claim. Hence the Rocky comments above.

Forget the behind-the-scenes changes, what’s important is the product, and what’s changed is… basically nothing. These are the same products remade to the same standards they were at the start of this decade. About the only real change is the screen printing on the packaging. The maxim ‘if it ain’t broke, don’t fix it’ holds here. However, almost nine years on, the trio of products are worth a revisit, not only for familiarity’s sake, but also to see just how well they compare in the 2019 world. 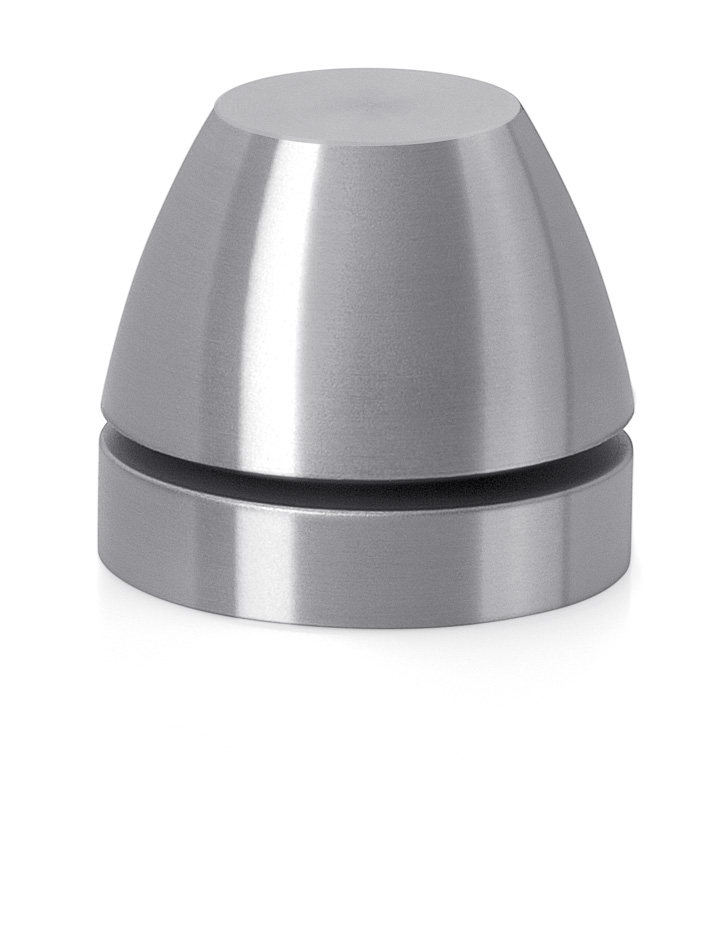 The full Finite Elemente range has been streamlined down to just the Cera-products at this time. These comprise the Ceraball, the Cerapuc, and three sizes of Cerabase (we tested the largest of the three). They all use the same basic idea of a base plate and top plate, separated by a ceramic ball. As you go up the Cera range, so you increase the amount of isolation; the base Ceraball has a relatively simple base, top, and single ceramic ball bearing. The Cerapuc adds mass and an internal isolation puck between base and top sections. And the Cerabase adds an extra two ceramic balls in each foot. The two smaller sizes of Cerabase are designed for lighter loads or to sit under components. The main difference between the three designs externally (aside from size, of course) is that the Ceraball can be used with the smaller side ‘up’ or ‘down’ (and it’s worth trying both orientations) while the Cerapuc and Ceraball need to be used ‘fat side down’. That’s not just a centre of gravity thing; the internal isolation puck is designed to work in one direction only.

The Ceraproducts work in ‘the same direction’ in that there is a great symmetry between their performance. Put another way, if you like what one does, you’ll like what lots of them do across the whole system, and yes… their effect is cumulative. Personally, I’d suggest starting with the preamplifier and loudspeaker, then go with anything that uses valves. My only caveat here: I’d play a watching brief when it comes to using Ceraproducts with turntables. Like many of these products, the effects are less predictable with turntable systems, in part because the demands imposed by a low-mass suspensionless design, a high-mass suspensionless design, and any design with a suspension system are so very different as to make them unpredictable at one remove. I’d still argue that a good record player will benefit from these devices just as consistently as audio electronics, but experience suggests vinyl is the product most likely to throw a curve ball. 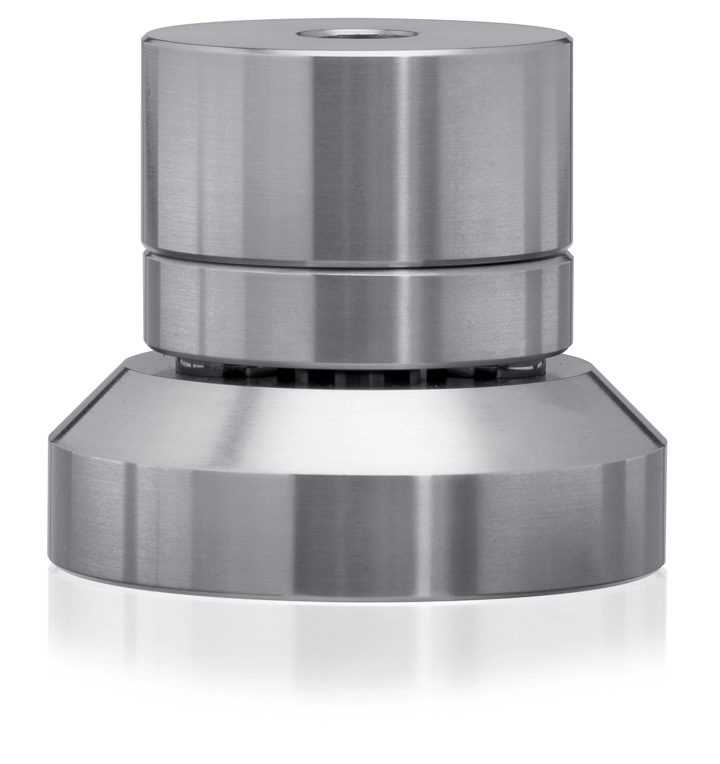 What is extremely consistent about the Finite Elemente products is their sonic performance (LP caveat notwithstanding). These are all about extracting the most amount of informatiion out of a component. It’s a sort of unvarnished truth kind of sound here – your devices and music have few places to hide. If you have a system that gently warms up the sound, Finite Elemente’s products will showcase that warmth, but if you want to add a little more richness to the sound, look elsewhere.

Don’t let that put you off. The Ceraproducts bring out the best in a system, especially in terms of absolute detail. This is something of a ‘Mission Accomplished’ for many audiophiles, as anything that can make good audio sound more detailed and therefore bring more of the music to the fore has to be a good thing by definition. And here, it is a good thing. The level of isolation definitely improves as you move up the Finite Elemente ladder, with the really big hitter Cerabase seemingly rejecting any amorous advances from the world outside and just letting the product do what it wants.

However, there will also be many who think of good audio as some kind of magic and want their equipment to bring out the magic in their music. Ceraproducts won’t do that. They are too honest. They don’t change the tonal balance of the system, but they will show its limits. 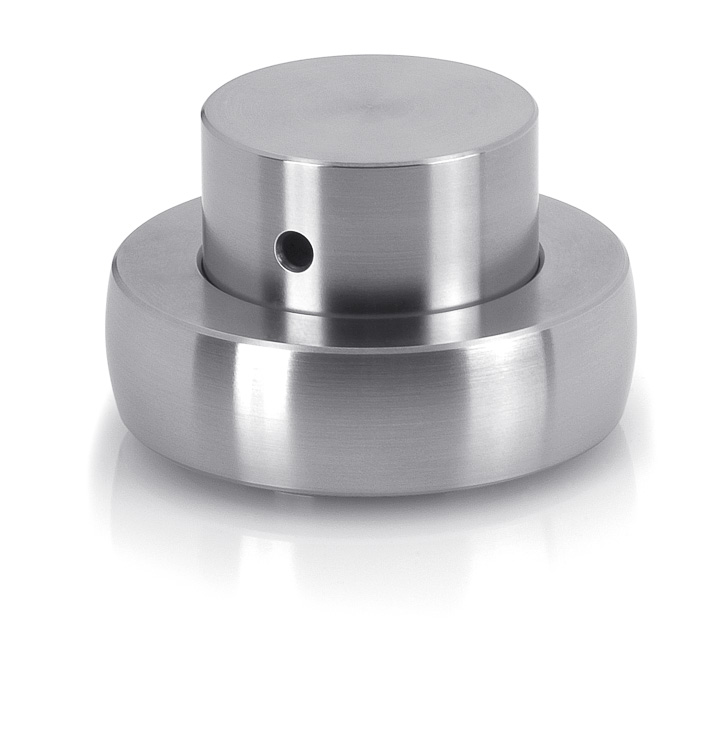 There’s a lot in common with Stillpoints and Nordost Sort Kones here in terms of how they work. That doesn’t make them truly intercompatible, as it’s generally best to stick to one brand because their system of ‘loose coupling’ (as in, not quite full decoupling, nor full isolation, something like a floating mechanical grounding mechanism for audio) differs from product to product.

Years after their launch, the relaunch of Finite Elemente’s Ceraproducts still makes a lot of sense. If anything, audio systems have become that bit more sensitive to their surroundings now, and the addition of these products from front to back in a system really shows up just how resolving modern electronics can be. There’s another bonus that didn’t exist the first-time round – if you use a streaming system, that degree of isolation is often less well considered than it is for spinning digital discs, and that’s a failing that is quickly repaired by Finite Elemente. Welcome back!