Despite the total dominance of electro-magnetic pick-up technology – be it fixed or moving-coil in nature – there has always been a steady stream of alternative offerings or variations on the theme when it comes to extracting a meaningful signal from the squiggly grooves embedded in the surface of LP records. It’s not too hard to understand why, given the all too audible flaws inherent in and challenges presented by both moving-magnet and moving-coil designs. Throw in the essential mechanical crudity of the process and it’s hardly surprising that designers and end-users alike crave a more sophisticated and elegant solution. Yet, such is the dominant nature of these ‘conventional’ designs that they totally define the context in which any alternative is viewed or judged.

On the most obvious level, products like the Soundsmith Strain Gauge cartridges or the subject of this review, the DS Audio DS-W1 optical cartridge, dispense with the requirement for (and cost of) a conventional RIAA/phono-stage – the necessary functionality being included in the price of the cartridge. That doesn’t just muddy the water: depending on whether you have a pre-amp with a built-in phono-stage, you already own the phono-stage of your dreams, how much you paid for the phono-stage you already have, whether it’s salable (should you want to sell it), or whether you actually own any sort of phono-stage at all, the real cost of owning such a device might vary dramatically – along with the competition against which you might compare it. 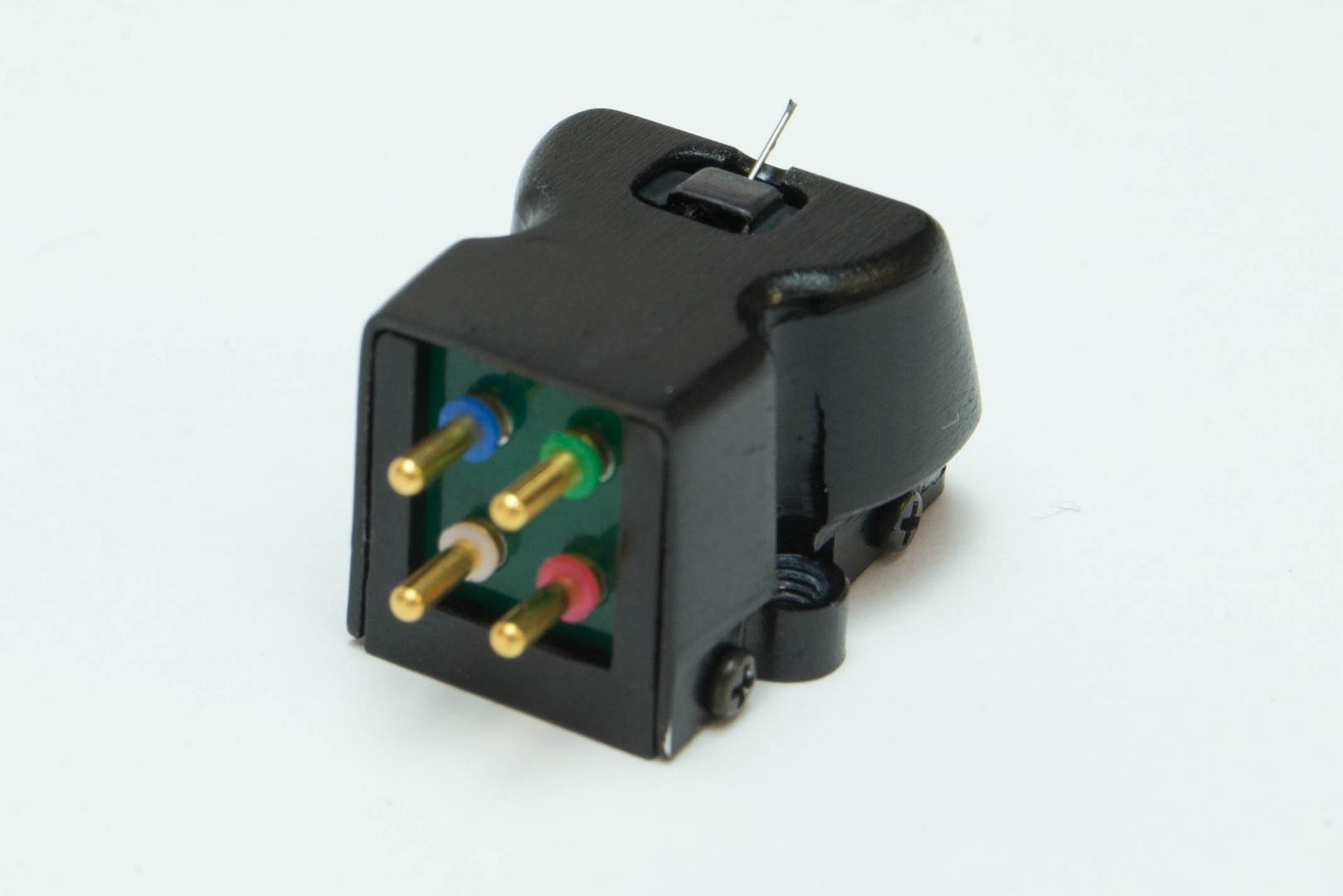 But like I said, that’s just the most obvious example. Start to examine DS Audio’s DS-W1 in any detail and even a rudimentary understanding when it comes to the mechanics of phono replay should indicate that this cartridge is definitely swimming against the analogue stream. In a world seemingly obsessed with ever longer tonearms and the low-compliance cartridges they demand, the DS-W1 is both light and lively, weighing in at a mere 6.5g and with a compliance of 15cu vertically and 25cu laterally. That suggests that you’ll need the sort of lightweight arm that has long faded from fashion if you want to avoid resonance issues and actually benefit from the DS Audio’s advantages. Right about now you are probably wondering just what those advantages might be and what could possibly make them worth the bother and brain-ache of building them into your system? Which makes it time to discuss what makes the DS-W1 so different – and so special.

Don’t let the ‘optical’ in the DS Audio’s title deceive you. The DS-W1 uses an entirely conventional Shibata stylus and boron cantilever to trace the record’s groove. However, instead of a set of coils or a magnet on the other end of that cantilever, there is a tiny plate with an even tinier slot cut in it. The matching PSU/equalizer box powers a tiny LED beam that shines through that slot, a photo-electric cell measuring how and by how much the movement of the cantilever causes the slot to occlude the beam. The result is a device with an incredibly low moving mass and a lightweight reading system – which helps explain why the DS-W1, a fully clad cartridge, is lighter than most naked designs. It also produces an amplitude proportional output, as opposed to the velocity proportional output of conventional electro-magnetic designs. This means that, at least in theory, it suffers from neither the pre-emphasis of high-frequencies nor the slowing of low frequencies that afflicts those conventional designs, as well as making the task of the matching equalizer considerably easier. 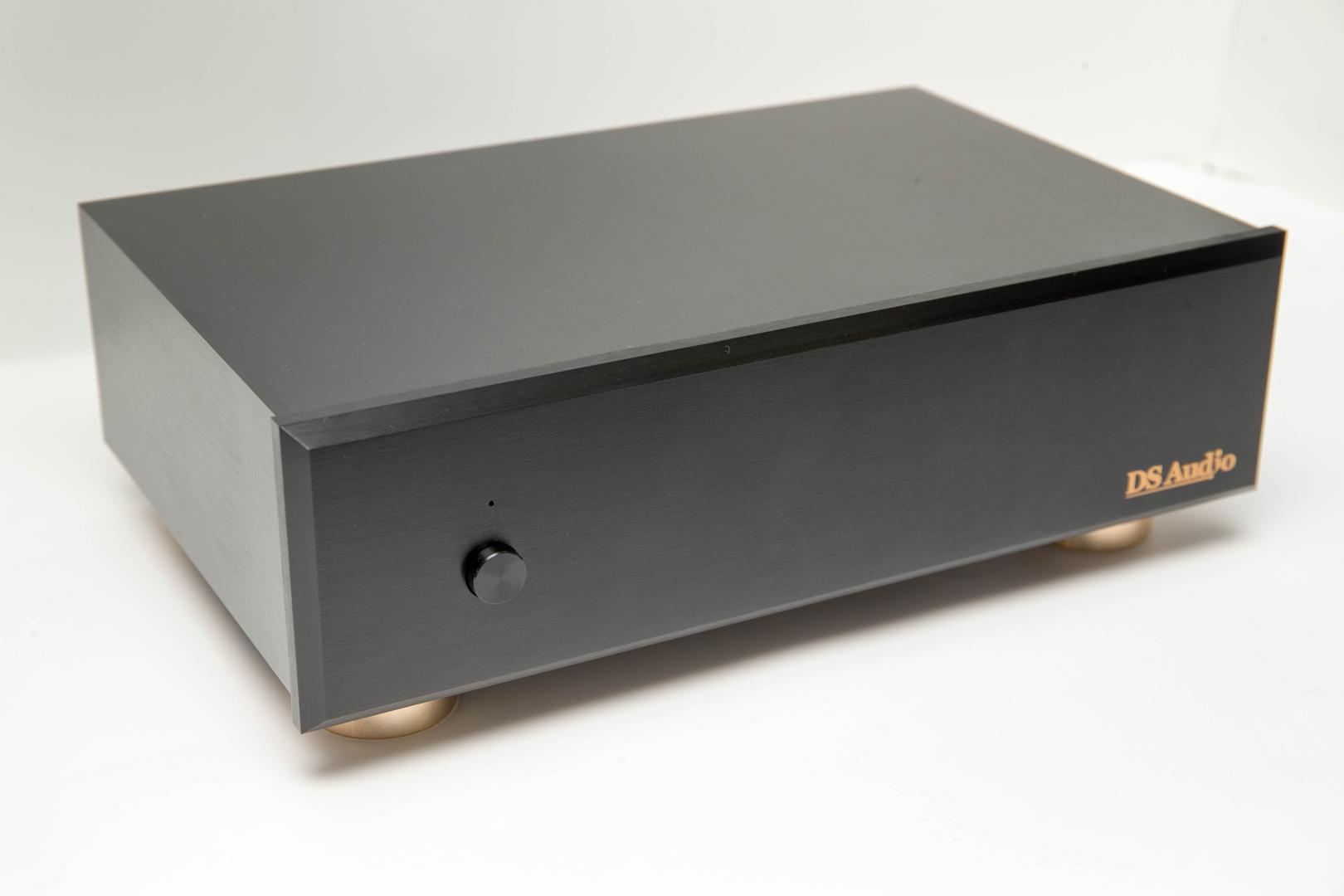 Open the large box in which it arrives and the DS-W1 itself is remarkably nondescript, with a simple matt black body that is neither particularly distinctive nor decorative. The solid block of the equally black energizer/equalizer matches the cartridge’s plain-Jane looks, and its beautifully finished casework sat on four adjustable spiked feet, complete with shoes if you need them. There’s a front-panel on-off switch and one set of inputs and two sets of outputs on the rear, all via single-ended RCA sockets. Why two sets of outputs? Partly because the DS-W1 reads low-frequency signals rather more accurately than most electro-magnetic cartridges, one set offers subsonic filtering with a roll-off starting at 50Hz, while the other goes lower, to 35Hz before tapering. Which you use will depend on your turntable, system, and situation. I used the full-bandwidth output without issues, although that’s partly because of the lengths I went to when it came to choosing a matching tonearm.

With its low mass and ‘interesting’ compliance, the DS‑W1 is seriously picky when it comes to tonearms. Do the sums and you quickly realize that the average 9“ tonearm (Linn, SME, Rega, Graham et al.) offers an effective mass of around 11g resulting in a fundamental resonance of around 7.5Hz – which is distinctly borderline. For a theoretically ideal 10Hz you’d need an arm like the ultra-light SME III or original Mission 774 – both around 5g effective mass. Instead, I opted for the 9.1g AMG 9W2, which nudges the fundamental resonance back to a shade over 8Hz, safely within the comfort zone. That might not sound like much of a difference, but believe me, you can hear it instantly in the solid presence and stability it brings to the sound. Of course, you could use tonearm damping, but in a cartridge that is itself essentially un-damped, the downsides are all too audible. It’s another indicator that this cartridge isn’t just different; it behaves differently too.

As soon as you start to set it up, it becomes apparent that the DS-W1 is super-sensitive to VTF and VTA/SRA (or tracking force and arm-height if you must). From the first moment the stylus hits the groove you can’t miss how quick and clean it is, completely free of overshoot or exaggeration. But it would be easy to conclude that it is either thin and lightweight (if you have the VTA wrong), or has a lumpy, detached bass (wrong VTF or wrong tonearm). Nor does it respond in a gradual, progressive manner to adjustment. Instead it’s either wrong or it’s right, with little or no margin for error, and with increments that are too small to measure. But patience is the name of the game: get the right VTF, the right VTA, and the right tonearm and this thing sings! It also lights up. Indeed, one reason that the DS-W1 has attracted quite so much attention is the illuminated red strip that graces its nose as soon as it’s powered up, leading the US distributor to dub it “The Nightrider”. But there’s much more to this cartridge than just a fancy lightshow.

Despite being one of the most exacting audio devices I’ve ever set-up, the DS-W1 is truly worth the effort. It’s tempting to try and equate its performance to other cartridges: it’s also a mistake. To understand just how good the DS-W1 really is you need to also appreciate that it’s fundamentally different, both in operation and presentation. By eliminating the electro-magnetic generator from the pick up, DS Audio has totally changed the way a cartridge delivers music. It has not only created a lower moving mass, but altered its natural mechanical resonant behavior and sonic thumbprint, too. Throw in the absence of electro-magnetic damping and you have a transducer that is lightning fast AND ultra responsive. The result is musical reproduction from LP that’s as devoid of baggage and padding as it is astonishingly linear, as unforced and unexaggerated as it is natural in terms of tonality and perspective. Which might just be a recipe for sounding bland, except that the DS-W1’s astonishing speed and unfettered dynamics (micro and macro) give it that breath of intimacy that brings music and musicians vividly to life; helped by the total absence of grain, within the notes themselves, or the spaces between them.

Never have I heard a cartridge that can capture instrumental textures or vocal nuance, the skin of a drum and the air inside it, or the rasp of bow on strings as naturally and effortlessly as this. This isn’t the spot-lit presentation and bouncy bass of a typical high-end moving-coil: it is something altogether more delicate, more subtle, and (if you get it right) more real. The DS-W1 doesn’t pump up the drama or fatten up the bottom end. Instead it allows musicians and recordings to speak for themselves, in voices that are at once recognizable and authoritative. Its attack and pace give bass transients natural impact, and shorn of false weight and emphasis, its timing is sure-footed and agile. 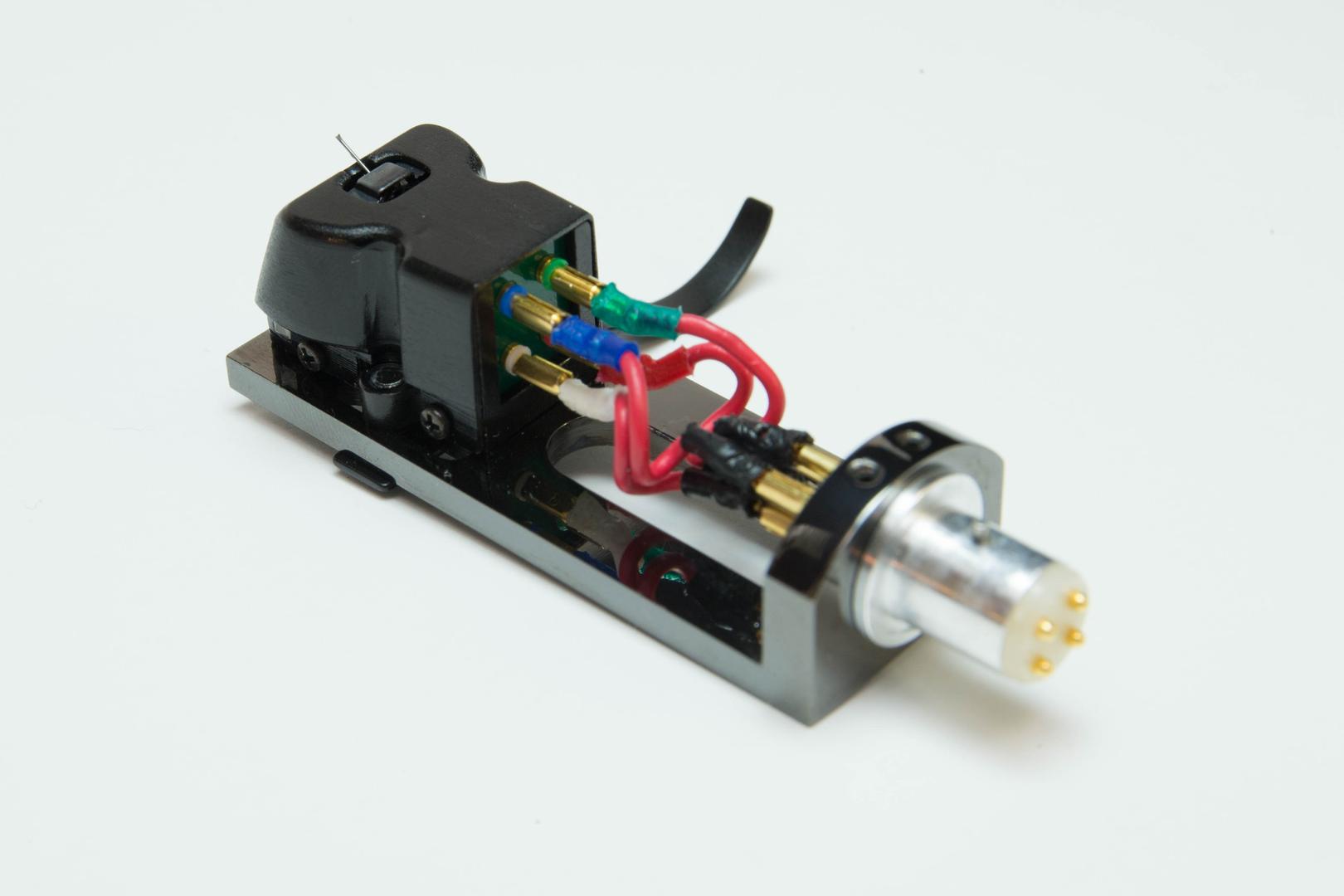 If there’s a better cartridge for playing baroque or small ensemble music (classical, jazz or pop) I’ve yet to find it: if there’s a more believable cartridge when it comes to vocal reproduction, solo or choral, I’ve yet to hear it. Which makes DS Audio’s DS-W1 pretty special. There are cartridges with bigger names, cartridges with bigger sounds, cartridges that deliver more drama, and cartridges that also perform their own brand of transductive magic – but they all cost more than the DS Audio, especially when you take the phono-stage into account. Having said that, you might be trading your existing phono-stage for a new arm if you want to really hear what the DS-W1 can do: it’s well worth considering, ‘cos this cartridge really is that good.