At the risk of stating the obvious, these are turbulent times. Little in life can be confidently relied upon. So, it is, perhaps, more gratifying than it really should be, to find the unflappable Chord Electronics forging serenely ahead on a path unsullied by U-turns, flip-flops or ‘alternative facts’.

Lately, of course, Chord Electronics has been making all sorts of disruptive waves with its digital products. Combining giddily high standards of performance with reliably ‘interesting’ product names, Chord Electronics’ range of DACs, streamers and upscalers has given the company plenty of exposure in the audio mainstream. But all this (very successful) activity on the New Digital Frontier has also provided a distinct impression that analogue amplification (Chord Electronics’ core business from the very first) was being somewhat neglected. After all, there seems precious little room for innovation in a sector where even the most recent technological legwork was done decades ago.

2018’s Étude stereo power amplifier (part of the company’s relatively compact ‘Choral’ range) indicated that Chord Electronics still fancied itself capable of advancing the art of analogue amplification, though. Building on three decades of research and engineering from Essex University, Bell Labs and some characteristically single-minded development from Chord Electronics’ founder, owner, CEO and chief designer John Franks, it features fearsomely complex and advanced topology. And no less perceptive a soul than Mr Editor Sircom himself noted during his review that “I suspect Étude will unlock several far bigger amps from the brand”.

Which brings us to this ULTIMA 5 stereo power amplifier. It is, without a doubt, a far bigger amp – and, as the successor to the storied SPM 1200 MkII power amp, has significant shoes to fill. 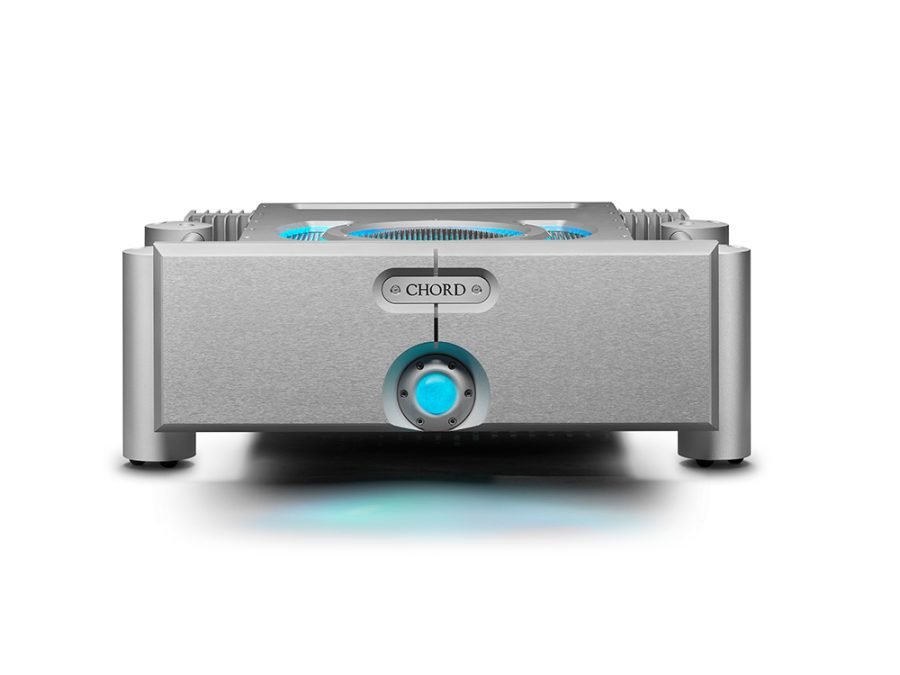 Naturally, this would no more be a Chord Electronics product if it didn’t feature some singular aesthetic touches on the outside than if it wasn’t notably engineered on the inside. So, ULTIMA 5 is 22kg of assertively CNC-machined aluminium, fronted by a new fascia that’s fully 28mm thick. The polycarbonate power button in the centre illuminates in the same slightly medicinal blue/green as the exposed viscera beneath the perforated area of the top plate. The overall impression is that of something HG Wells might have used as a slow cooker.

Connectivity on the rear panel is a) surrounded by heat-sinking just as purposeful as the rest of the enclosure and, b) consists of balanced and unbalanced inputs, a pair of high-current speaker terminals and a 12v trigger. Even at comfortably more than nine grand, there’s nothing else a two-channel power amplifier needs. Not in terms of socketry, anyway.

Once powered up and left powered up, the ULTIMA 5 gets mildly warm – but it’s not a substitute for a central heating system in the way some less civilised designs can be. And once powered up and amplifying music (from any source than can be fed in via Naim’s UnitiQute 2 as a preamplifier, for most of this review, though, those were Clearaudio’s Concept turntable and Leema Acoustics’ Elements phono stage), this power amp strikes such a winning sonic balance between ‘civilised’ and ‘feral’ that it makes every listen a lights-down/volume-up occasion.

The innards of the ULTIMA 5 are explicitly designed to facilitate supremely fast dynamic response and flawless timing accuracy (as well as, of course, bottomless reserves of power). To that end, a 180g vinyl pressing of Bert Jansch’s Avocet [Earth Recordings] seems as testing a place as any to start. 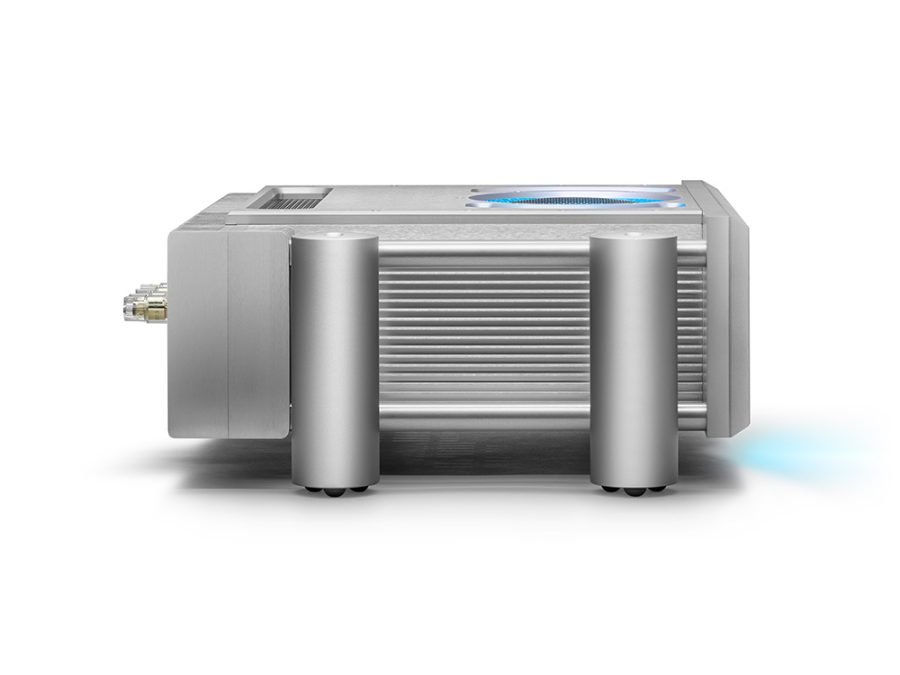 Here’s a recording that percolates calmly, alive with virtuoso musicianship yet staunchly unshowy, and heavily reliant on the interplay between its three protagonists. The ULTIMA 5 delivers all of the necessary separation, focus and spring-heeled responsiveness that allow the greater-then-the-sums-of-its-parts ensemble to drive the recording forward – Jansch’s trademark rolling picking creates the kind of momentum more readily associated with avalanches. Throughout, the authority of the Chord Electronics’ power amp is never in question – and when Danny Thompson takes an extraordinarily accomplished and complex upright bass solo during Bittern, the ULTIMA 5 demonstrates all the speed, extension and dexterity required to track him faithfully. The edges of individual notes, their attack and decay, is crisply described.

A recording like this, that’s built around woodily organic instruments (Jansch’s guitar and occasional piano, Thompson’s upright bass and Martin Jenkins’ flute, violin and mandocello), allows the ULTIMA 5 to demonstrate not only its reserves of power and deep-breathing dynamic potential but also its mastery of tone and timbre. There’s a newly minted quality to the way the Chord Electronics’ power amp delivers this recording, a bright cleanliness to the sound that’s reminiscent of a sympathetically restored painting. All the finest details, whether of the tiny impact of a cuff-button on a guitar body or the second-stage harmonic details concerning differences in fretting, are presented in the most naturalistic manner. They’re not distractions, nor do they suggest the ULTIMA 5 is analytical just for the sake of it – rather they’re simply small, but important, components of a much bigger overall picture.

Exhibiting deft musicality is all well and good, of course, but to fully justify its price the ULTIMA5 needs to be able to rough it should the necessity arise. Dogrel by Fontaines D.C. is a classic ‘everything-louder-than-everything-else’ indie thrashathon, all poetic disaffection and haircuts that seem so severely out of fashion they’re almost certainly at fashion’s cutting edge. There’s precious little by way of light and shade here. But there’s more than enough bug-eyed drive to make up for it. And without sacrificing any of its poise or its powers of organisation, the Chord Electronics’ power amp rolls its sleeves up and piles in.

This is a recording that doesn’t have much need for the ULTIMA 5’s refinement, but it makes full use of the dynamism that’s on offer here. Even though this album sounds like it’s in the red from the first note to the last, the amp gives every competing element a bit of breathing space (a little like Moe yelling “spread out!” as he attempts to separate Larry and Curly) and positions the vocals in a helpful pocket of space at the front of the stage. None of this happens at the expense of integration or unity of performance. However – despite the ULTIMA 5’s ability to individualise each strand of the recording, the coherence of its timing means everything hangs together as an obvious part of a larger whole. Short of delivering the smell of cigarettes and stale beer at the same time, it’s hard to know how the amp’s presentation could be any more complete.

In short, then, the Chord Electronics’ ULTIMA 5 is monumentally capable. It has a reasonably uncommon combination of on-paper promise (all that innovative engineering, all those colossal numbers), visual drama (especially if you’re into the whole steampunk/Alan Moore aesthetic) and implacable performance that makes the asking price look as if entirely reasonable. It certainly doesn’t make any demands of you in terms of the type of music you prefer to listen to; the ULTIMA 5 plays no favourites and is as happy to explain the motivations of a king-sized symphony orchestra in full attack mode, as it is those of a rapper with a sampler and an 808. 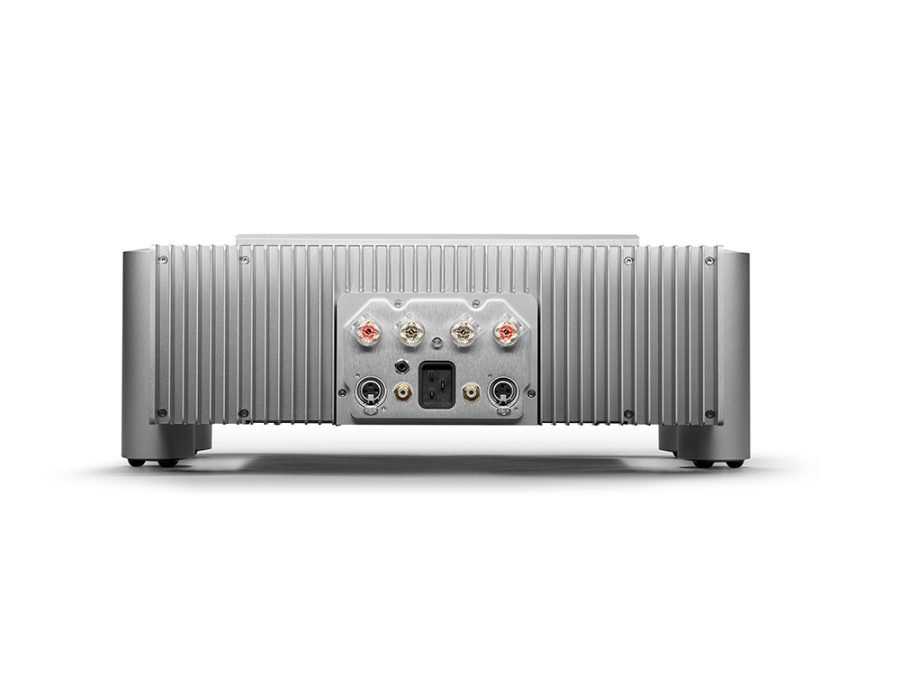 If you value energy as much as precision in the way your music is described, if you value precision as much as scale, and if you value scale as much as insight, well… the Chord Electronics ULTIMA 5 has you covered. As part of an appropriate system (for which read ‘appropriately expensive and equally capable’), it could conceivably be all the stereo power amplifier you will ever need.

ARE YOU SCARED OF ROLLERCOASTERS?