Things are afoot in Steyning. Bowers & Wilkins’ research facility in the sleepy Sussex town is being broken down and boxed up, but fear not; this is not the end of the UK’s most extensively equipped loudspeaker design laboratory, the spiritual home of many great loudspeakers including the Nautilus and its many progenies. It’s just that the R’n’D department is expanding and is moving to larger premises 20 minutes up the road in Southwater. So if anything it’s the beginning of a new era during which the engineers employed will no doubt be beavering away on technology that will find its way into a wide variety of audio products.

The 606 is the larger of two stand-mount designs in the recently launched 600 series, the sixth generation of Bowers & Wilkins entry-level range of loudspeakers. The company has made some attempt to rationalise the naming and models in this range, the previous 600 series had 68x numbers; the 606’s predecessor was the 685 S2 which while it worked for that range was inconsistent with naming in other ranges. Now all the names derive from those in the 800 series, the big boys from whence much of the tech trickles down, so the smaller the last number, the bigger the speaker. The most significant change to the new 600 series models is the introduction of the silver Continuum cone in place of the yellow Kevlar of the outgoing range. This means that there are no Kevlar coned speakers among Bowers & Wilkins audiophile models, if anywhere else for that matter. Continuum’s introduction to this end of the range means it’s the end of the ‘bulletproof’ Kevlar era, a cone material that has featured on Bowers & Wilkins speakers for decades.

At the 600 series launch former What Hi-Fi?man of action and now B&W Product Communication Director Andy Kerr demonstrated the differences between the Kevlar equipped 600s and the new models, and it was pretty stark. Continuum in these models, which have been changed in other ways but not too dramatically, makes for lower colouration, higher resolution, and greater transparency. It’s not a subtle difference. The change of port position may have helped here: the 685 S2 had a front firing port as did its smaller sibling the 686 S2, but after extensive research on the company’s part, rear-firing ports can be made without sonic compromise. The same port and terminal tray moulding is used across the 600 and 700 ranges, giving a cleaner looking speaker. 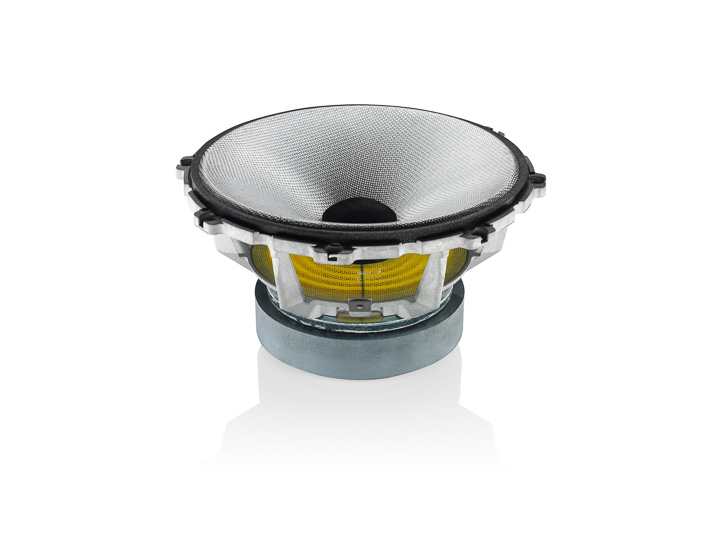 Bowers & Wilkins’ goal with 600 series is to deliver the best sound that they can at the given price points, so expense has been spared on the finishing, which is matte black or white only, and there are no shiny bits of trim either. There are bi-wire terminals, however, something that could perhaps have been shaved back to a single pair, but that benefit is not as high as using the same part across so many models. The money has been spent where it counts – on the drivers. The mid/bass unit has a Continuum cone, as mentioned; this is a woven and coated material like Kevlar, but one with a more controlled break-up characteristic that measures better in all the respects that Bowers is prepared to divulge. There is nearly always a compromise somewhere with new audio technology, but in this case, the benefits have been proven to be so significant in both 800 and 700 series that this new material is clearly a winner.

The tweeter is very similar to that in the 700 series; it shares a decoupled aluminium dome but without the carbon vapour deposition across its surface. There is also a simplified version of the housing behind the dome. Likewise, the mid/bass cone doesn’t have such a fancy chassis nor the neodymium magnet of 700 series midrange drivers. Tthe cabinets are relatively straightforward, save for magnetic grilles and no visible fixings on the drivers. 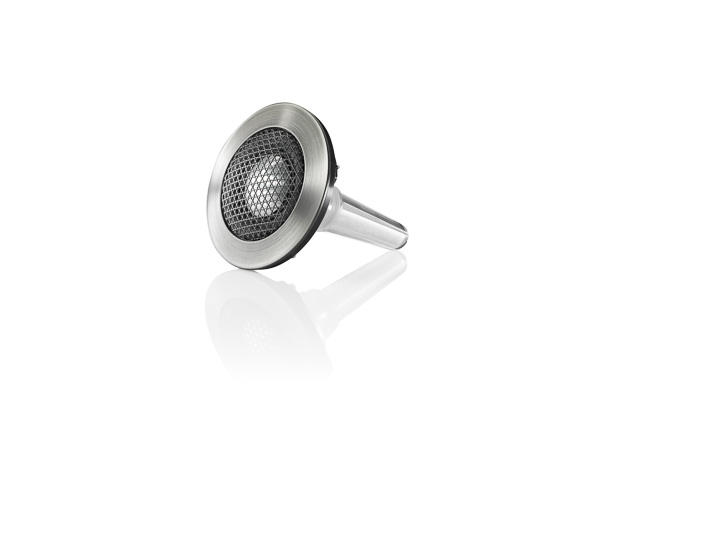 It takes a while to get a handle on this speaker because it does everything so well, by which I mean it’s revealing of fine detail, has remarkable bass extension, reasonable timing, and impressive power handling. Speakers at this price point usually have one or two areas that are apparently limited; there is often a degree of veiling of detail and smearing of the cues that give a sense of interplay between musicians. Controlled bass is also a rarity; usually the box joins in and/or the port becomes audible, but there were only one or two occasions where I thought that I could hear the cabinet on the 606. I’m sure that if you put the same drivers in an 800 series cabinet or similar it would be cleaner and quieter, but this box is very well controlled for its price. The only area that gives away its entry-level status is the treble; this is not quite as refined as it could be, not quite as smooth perhaps. But that’s not obvious either and is probably only noticeable to those of us fortunate enough to use considerably more expensive speakers every day. It’s difficult to adjust expectations, but not much adjustment was necessary at all with the 606.

What really impressed me was the clarity of midrange and the power and extension of the bass, I know that smaller boxes have a perceptual advantage inasmuch as you don’t expect them to do deep bass, but even so the muscularity they bring to Beethoven’s ‘5th’ [Barenboim, BeethovenFor All, Decca] makes the piece considerably more powerful and involving. Image scale is excellent too which makes everything seem more real. A Bowers R’n’D favourite, Macy Gray’s ‘Annabelle’ [Stripped, Chesky], starts with a guitar up in the top left-hand corner of the room and this was projected as well as most of the speakers I’ve tried it on. It’s only when the vocals come in centre stage is there a suggestion of dryness that tells you that this speaker won’t require a bank loan. I tried to counter this with a smoother source in the CAD 1543 MkII DAC but oddly all that did was show that the speaker is capable of being more open and relaxed than it had before; the treble character didn’t go away, but the midrange revealed hidden strengths.

At the opposite extreme, you can put on the ‘Chili Pepper’s ‘Funky Monks’ [Blood Sex Sugar Magik, Warner Bros] and revel in the leading edge definition and the speakers ability to give shape and attack to Flea’s inspired bass playing. Guitarist John Frusciante may have been the official genius of the band, but Flea was its pumping heart, the source of raw funk that propelled them to success. All this is apparent on these diminutive B&Ws, all this and more. Doug MacLeod’s latest release Break the Chain[Reference Recordings] is a rather more sophisticated production with a lovely deep, round bass and smoothly sung songs about tragic events, it makes you wonder how on earth makers of sub £1,000 speakers hope to compete. Luckily for them, and us, the market is not an entirely logical place; taste plays its part both in sound and looks. Fortunately for Q-Acoustics, Monitor Audio et al. people are led by aesthetics as much as anything else even when they want sound quality. The 606 isn’t unattractive, but neither is it shiny or curvy; it’s plain and clean with the minimum of styling which is a good look in my book. It does have a grille over the tweeter, but that’s there for the driver’s safety rather than to look cool.

I tried the 606 with a bigger amp, Leema’s Tucana integrated, and it responded by delivering more subtlety through finer detail that created more complete imaging from vocals such as Patricia Barber’s. Timing is something that speakers get better at with run-in, and possibly I didn’t have enough time to do this thoroughly because there is something slightly mechanical about this aspect. Again, however, it’s hard to calibrate for the price, and great timing is hard to achieve without either the designer focusing on it at the expense of other qualities or just plain old cost. The Bowers & Wilkins 606 is very even-handed, revealing an incredibly capable speaker for the money, its looks are the opposite of the sonic pictures it’s capable of creating, so close your eyes and let your ears ‘see’ the music. 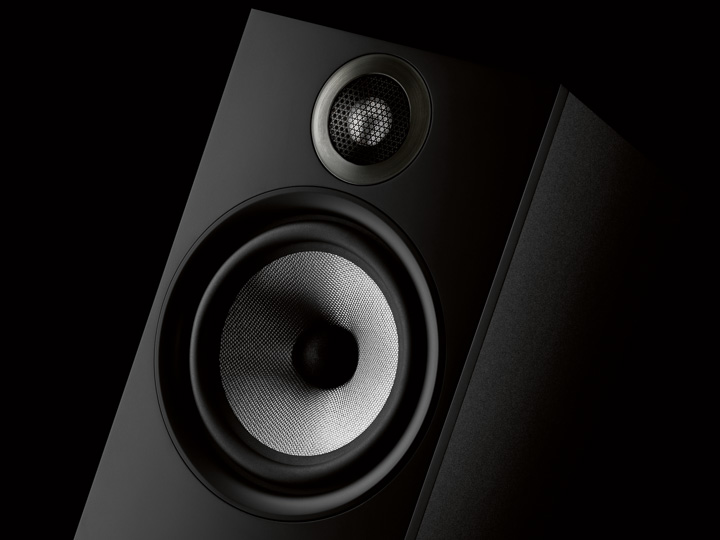