You can tell when one of AudioQuest’s ranges change because the nomenclature goes through a complete overhaul. Some of AudioQuest’s best-loved interconnect cables have been a part of a series named after snakes, rivers, elements, and most recently the Bridges & Falls range. Now we are into the three-strong Mythical Creature series, which began in AudioQuest’s loudspeaker cable line. These define the upper echelon of AudioQuest’s extensive range of cables, with ThunderBird representing the jumping off point, and FireBird and Dragon forming the pinnacle of the brand’s interconnect output. Given the predecessor to Dragon (WEL Signature) carried the name of the founder, Bill Low, and both ThunderBird and FireBird replace some extremely well-respected cables, these magic critters have some big, talon-shaped shoes to fill.

Previous high-end AudioQuest cables use Perfect-Surface conductor metals, a balanced triaxial topology, and directionally oriented conductors, as well as the FEP Air Tube dielectric, and the patented Dielectric Bias System. A large part of the performance of the cables available to date would also be due to the noise attenuation or shielding provided by multiple layers of conductive carbon and aluminium foils. However, AudioQuest went as far as it’s possible to go with these technologies. The new Mythical Creature designs take that ball of tech and run with it.

So, AudioQuest put Garth Powell – the company’s resident Big Brain – to work on what comes next. ThunderBird’s conductors remain Perfect-Surface Copper, a high-purity copper with a special and proprietary surface treatment. All the surfaces of the plug are also copper-coated, which is claimed to help its RFI busting abilities.  However, that’s nothing too far outside the ordinary for audio.

What Garth did next was look to effectively eliminatE the characteristic impedance of a cable, as matching the impedance of source and load circuits is a goal once aimed for and almost comically missed by the audio industry. To address this required using the electrostatic screening first seen in AudioQuest’s Storm power cord line. This effectively eliminates the cable’s dielectric constant.

Eliminating the characteristic impedance of a signal cable was hitherto not considered particularly relevant or important beyond power-line cables (remember, it’s a missed goal), but the need for predictable linear behaviour is important in signal cables. In fact, it’s even more vital as the primary audio signal reaches far lower into the noise-floor.

As a result of this thought process, coupled with a lot of testing and listening, AudioQuest established a level of ‘Permanent Molecular Optimisation’ of both the cable contacts and the dielectric. The process optimally stresses the associated materials in a fashion similar to the purposeful run-in of a fine race engine.

The subtle art of banjaxing

There are two tales to tell here. How does ThunderBird shape up compared to previous iterations of AudioQuest interconnects, and how does it fare in and of itself. The first is easy; it kind of banjaxes earlier AudioQuest cables. OK, if you are reading this with metre upon metre of WEL Signature cables in your system then it’s less ‘banjaxed’ more ‘trading blows’. But more or less everything in the old line that sounded ‘quiet’ ‘refined’, ‘natural’, ‘extended’ and ‘well-balanced’ sounds a little uneven and noisy next to ThunderBird.

This is not a subtle change; granted, those of us who spend an inordinate amount of time changing things in our systems get pretty good at discerning differences at pace, but I can’t imagine someone spending too long comparing ThunderBird and not reaching for the credit card. 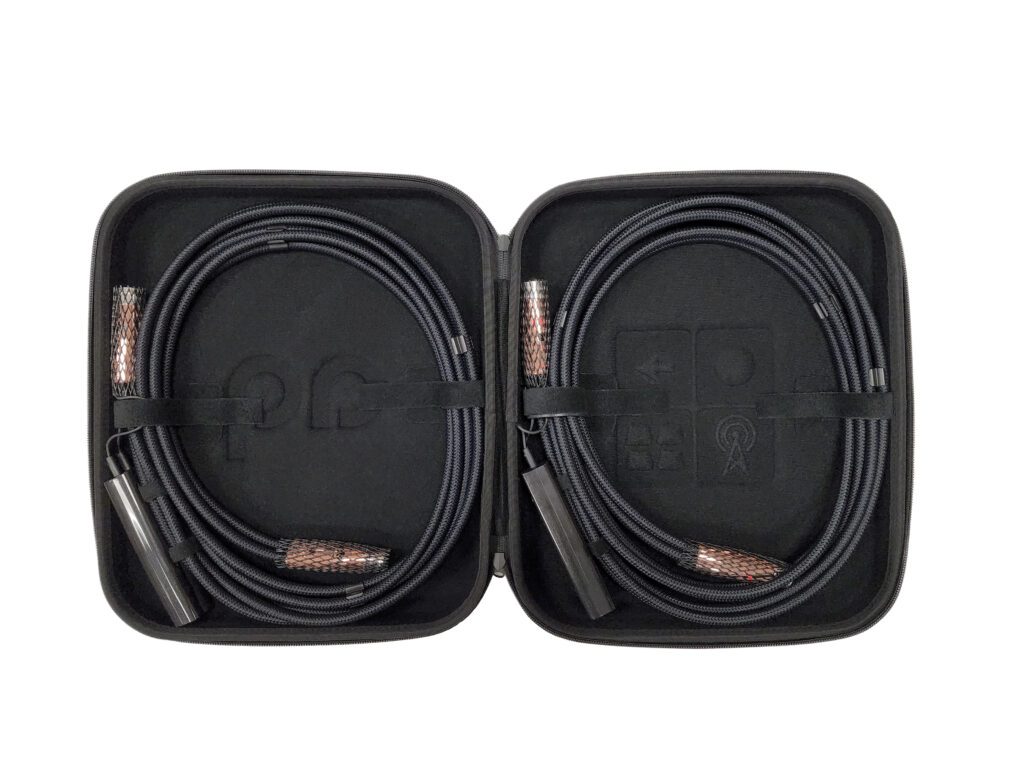 Listening to ThunderBird next to the previous generation cables, it’s clear that there’s a lot less hash getting in the way of the sound, backgrounds are more silent, the tonal balance is more precise, more level-headed and it’s just way more detailed. Given that ‘previous generation’ was far further up the AudioQuest food chain, this is something of a revelation. There’s also a strange and wonderful change; the cable isn’t bright but is musically brighter when it’s called upon to be brighter. Too many high-end cables ‘zing up’ the detail, making for a sound that’s ‘effervescent’ and ‘bubbly’, but ‘bubbly’ when it’s not called for is ‘exuberant’ and sometimes just plain ‘drunken’ sounding. By having a performance that is a perfect reflection of the music, ThunderBird is one of the most lyrical and lithe performers in wire.

Moving out of the AudioQuest romper room, the same applies. This is an extremely transparent cable design that simply allows two devices to speak to one another without interference or feeling the need to call an interpreter.

I spend a lot of time talking about soundstaging and image stability, but there is another aspect of spatial performance that is often elusive; ambience. That’s usually because it remains the preserve of audiophile recordings that take account of the physical space in which the recording was made. But ThunderBird extends that ability out into the real world; I’ve been listening to a lot of Donny Hathaway recently and the live cut of ‘The Ghetto’ [Live, Atlantic] recorded in a small club in Greenwich Village. This is not a recording where one goes looking for expanse, but instead ThunderBird just puts you in the room – low ceilings, audience at fingertip distance from the band – in a way that’s so damn ‘right’ that you set aside critical audio listening and just enjoy the event.

In fact, my biggest dislike in ThunderBird is that I hear the Thunderbirds theme tune as an earworm every time I discuss the cable (because Gerry Anderson wrote at least part of the soundtrack to my childhood). Note that nothing about this has any actual bearing on the performance of the cable and is more to do with life as a reviewer being one long fever dream.

I wasn’t expecting a sea-change in cable performance to come at this sort of price point. Normally, the big changes happen when the really big tickets come out. But ThunderBird really does make a big change to the performance of a system, even one that is in the attainable rather than ‘stratospheric’ price and quality level. I can’t wait to hear what the full loom can do and what the likes of FireBird and Dragon will do. These might be Mythical Creatures, but what they do to sound is more than just fantasy.