Brands come and go in this industry and nowhere more so than in the tempting world of cable. From the outside, nothing looks easier than starting a cable brand, buying some wire of the reel, putting fancy plugs on and marketing the bejeezus out of it until it sells. With plenty of well-established companies in the market, dealers are – perhaps understandably – reluctant to stock dozens of cable brands.

One of those cable companies is XLO, which Roger Skoff started in 1991. XLO’s distinctive green and lavender-coloured cables were very well-regarded, and in 2003 Skoff sold the brand to a Canadian company and left the industry. His absence lasted longer than most, but last year, he returned with a new brand called RSX technologies.

RSX Technologies reasoning for why its cables are the best is that they aim for maximum neutrality. The company accepts that a cable should do nothing more than transmitting the signal from one device to another without adding or detracting from it along the way. In short, the wire shouldn’t change anything, which is admirable but hardly ground-breaking. RSX states that capacitance and inductance are affected by geometry but doesn’t go into any detail about the geometry it employs in its power cables. Skoff says that they use braided, bi-metallic shielding. Also, the dielectrics used always include fluoropolymer materials (PTFE variants), at least for the primary wires, with other low dielectric constant, high dump-rate but less exotic materials employed in other internal applications. The Max series uses more fluoropolymers and less other materials. Meanwhile, the Beyond Series dielectrics are entirely fluoropolymer-based, using multiple Teflon-variant materials throughout and no other dielectric materials at all. The Prime is a 13+ AWG cable. The MAX is 11+ AWG (the lower the AWG gauge, the more metal there is in the wire). And the Beyond is a 9+ AWG, cable. This last contains about 2.5x times the metal of the Prime, which, itself, has about 25% more copper than ordinary power cords.

The Prime power cords are RSX’s entry-level model and consist of a reasonably flexible 11mm diameter cable terminated in high-quality Furutech style plugs with gold plated, high purity copper connectors at both ends. The conductors concealed within are described as ultra-pure, ultra-long-crystal ‘Laboratory Grade’ copper, while the dielectric is air and ‘advanced’ fluoropolymer. You can get Prime power cords in six (1.8m) and four-foot (1.2m) lengths, and I tested these on several components.

First up was a Métronome Le DAC, which usually gets its juice from a length of rather more modestly priced Isotek Premier (£150/1.5m), so I had high expectations; I was not disappointed. Pretty well, everything improved from the power, texture and shape of a kick drum to the sense of air and spaciousness in the presentation; both attack and decay were better defined. RSX Prime increased the intensity of a drum and trumpet break to the point of air drumming, something I try my best to resist. Moving on to an AURALiC ARIES G2.1 streamer, things got tighter and a little drier; notes stopping and starting with more enthusiasm and with higher levels of detail from the quieter elements in the mix. Tautness, tempo and information all seemed to be improved, and these helped to solidify the imaging on better recordings, allowing instruments to stand in the room. This is due to care taken with the cable’s capacitive discharge effect, which means low-level details are easier to appreciate. Those details combine to create a strong sense of presence. 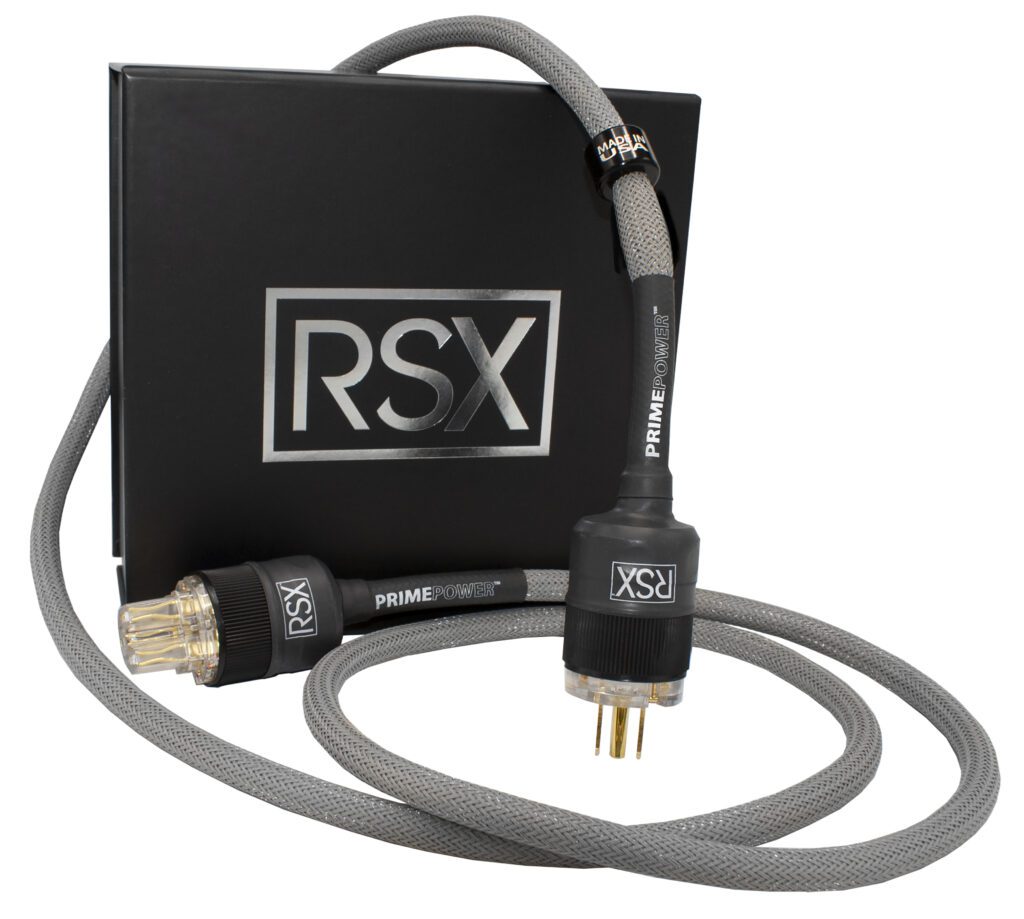 Moving onto vinyl, I started with a Rega Aria phono stage where there was a marked increase in contrast that allowed voices to stand out and the deliberate distortions of electric guitar to become more apparent on an older recording. Encouraged by this, I added another RSX Prime lead to the power supply for the Rega P10 turntable and put on Terry Callier’s Candy Man [The Best of Terry Callier on Cadet, Charly]. Once again, I went from the Isotek Premier to RSX Prime; this time, there was a dramatic increase in fine detail resolution, especially in the voice on this simple track. Yet, the tune’s rhythmic aspect also became more sophisticated, thanks to an overall increase in clarity. Touraj Moghaddam of Vertere thinks that the power cable to the turntable power supply is the most important in any vinyl replay system, and this result confirmed as much, with bells on. It even seemed to increase dynamic range on what does not at first appear to be a very sophisticated recording, which, however, is the joy of vinyl; it’s always got more to give.

The result inspired me to try the RSX with a Tom Evans Groove SRX phono stage. Once again, things got better; this time, the timing became tighter and perkier, now there was a spring in Jaco Pastorius’ step on Joni Mitchell’s ‘Drycleaner from Des Moines’ [Mingus, Asylum]. Here, the whole band sounding as though it had woken up but without the addition of forwardness or glare. The next step was to try Prime on my Moor Amps Angel 6 power amplifier, and I don’t know why I left this till last as it’s the most power-hungry component in the system but hey, sue me. I’m glad I did because although the effect was less immediate, it soon became clear that the RSX cable transformed the power amp’s depth and physicality of imaging almost to the extent that it sounded flat with the regular power cable. I tried several other power cables to see if they could match it in this respect. Still, while some got close, even the more expensive alternatives couldn’t compete with the RSX when it came to the three-dimensional sound presentation.

All that remains to be said is that anyone with a revealing system should give these cables a try. The price is not excessive by high-end power cable standards, and the result, in many cases, equalled a component upgrade.