Warwick Acoustics is based at MIRA near Nuneaton, in Warwickshire, England. Before MIRA became one of the most important automotive test facilities in the world, it was a short-lived WWII base called RAF Lindley. This is relevant because it’s easier for a ‘civvy’ to get into a military airbase than it is to try to get permission to visit any company in the MIRA Technology Park Enterprise Zone (especially if you want to take photographs) because there is so much secret-sauce car stuff going on there.

Warwick Acoustics having offices, design, and manufacturing facilities in MIRA invites some interesting questions in their own right. You don’t just rent space on MIRA’s tech park; you have to be vetted and have relevance to the automotive industry. And Warwick is ostensibly a manufacturer of electrostatic headphones. What’s the connection?

The key word in that last paragraph is ‘ostensibly’. The development that has gone into those unique electrostatic drive units is a very scalable thing, and a flat transducer lends itself to the limited space available in the passenger compartment of a modern car. This means that rather than insert conventional cone-and-dome dynamic drivers in spaces where there is enough room to house them (which is why most in-car systems seem determined to play music to the driver’s knees), thin, flat, and flexible drive units can be placed almost anywhere in that passenger compartment, and that interests the automotive world. 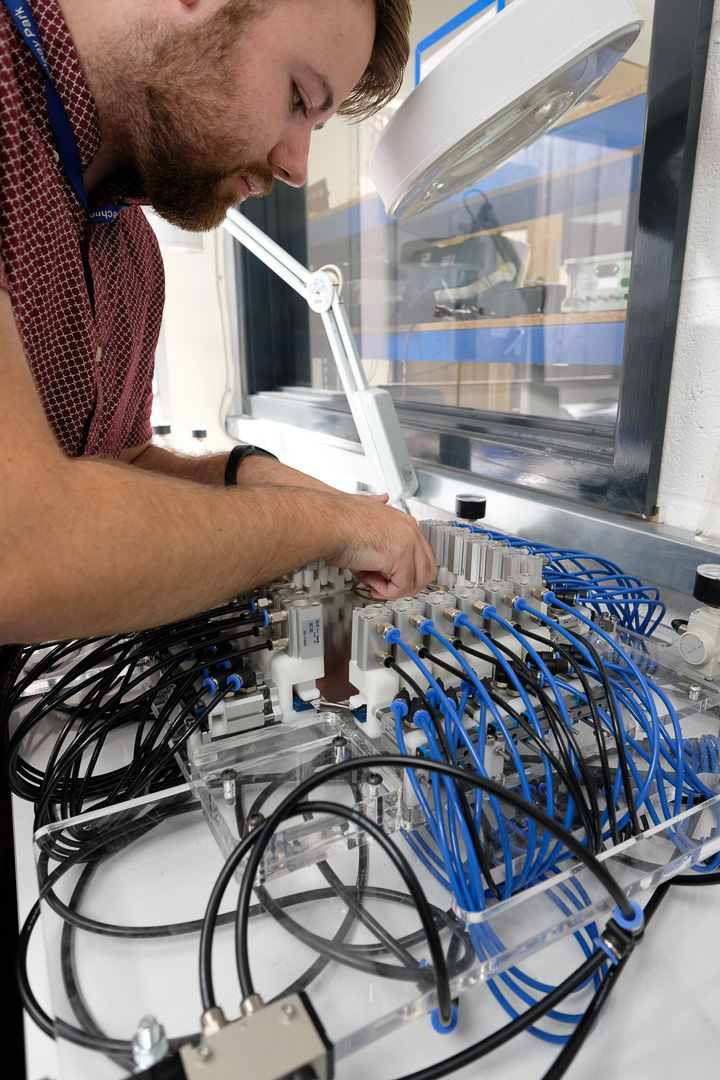 If it’s understandable why the automotive industry wants Warwick, why does Warwick want the automotive industry? According to Martin Roberts, MD of Warwick Acoustics, they have a lot in common. “The space between the headphone and your ear is a very controlled environment and space, and a car is an incredibly controlled environment too. I mean, apart from road noise, everything in there is a given. You know what you’re dealing with from the outset.”

That automotive connection is an ongoing project for the near future (the MIRA cloak of secrecy means if I actually knew the car marques involved or even interested in this project, ninja death squads would be dispatched), but the known projects for Warwick remain the Sonoma M1 and the Aperio, both of which have been very favourably reviewed in Hi-Fi+. We were given exclusive access to the manufacturing process from start to finish, and it goes a long way in explaining just how hand-built these units are.

To take you through the process we followed a drive unit through its creation. The driver’s special double laminate is prepared for bonding using a plasma chamber; it’s a bit like sandblasting on an atomic scale. You get the kind of bond that you could never achieve with simple adhesives, by drastically increasing surface energy. This increases the bond strength by many times over. 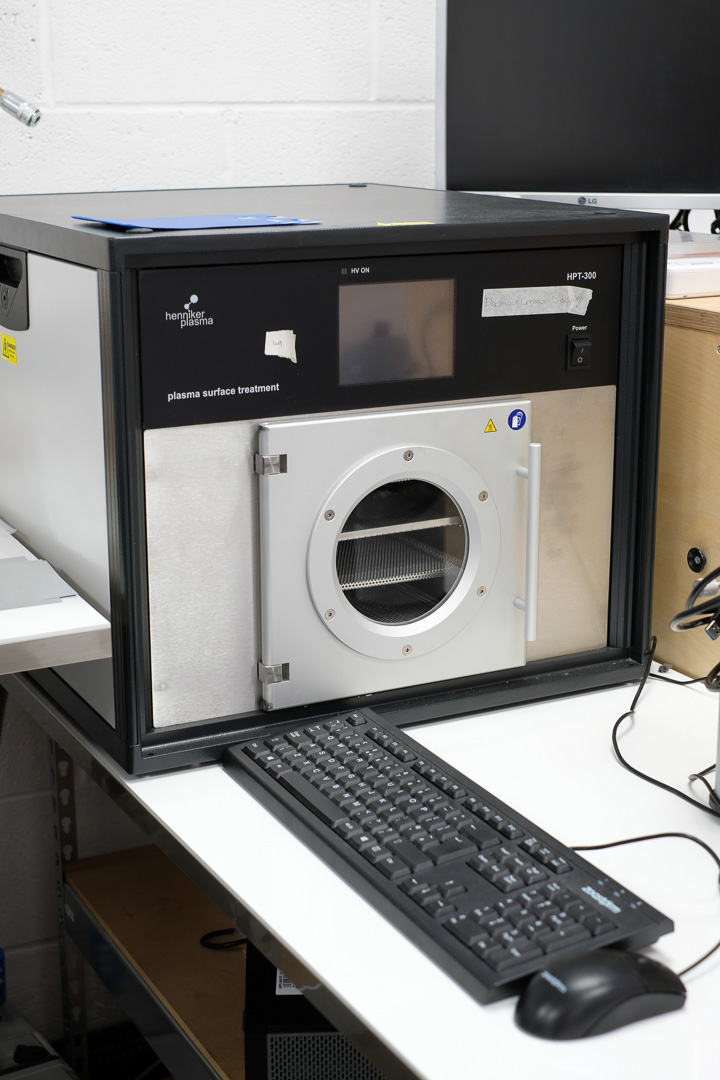 “The plasma chamber is one of the biggest improvements we’ve made in the last couple of years to our processes,” said Martin. “We brought the process in house in the last seven months, and it’s given us another level of control over the process.”

The bonds made by the plasma chamber have been tested over time. Martin added, “You check the results of the process months later to see if the effects have worn off, and when they didn’t, you can quickly imagine the quality improvements possible.”

The spacer layer is first placed in the laser cutter, and then on to the tensile jig for bonding (technical term, meaning ‘glued’) to the diaphragm.

An exact pattern of perforations has been developed using COMSOL to get the exact running open area to maximise performance. 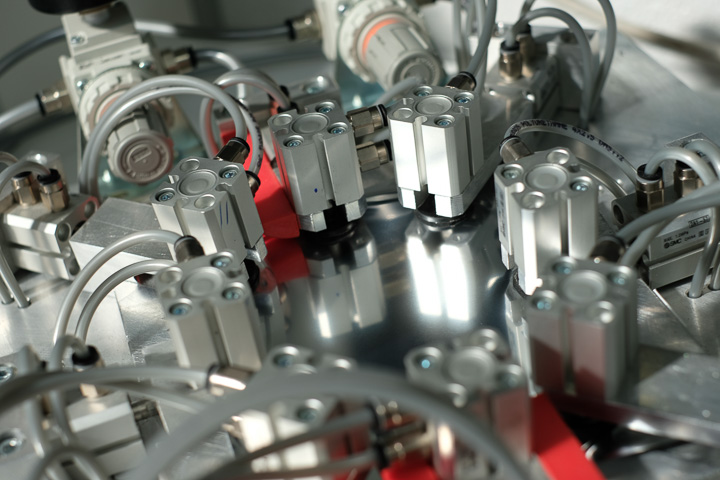 Then comes one of the clever bits. “You know when you pull a rubber band how you get to a point where it starts to pull and not return to its original shape,” says Martin, adding “All polymer materials are to an extent like that. What we’ve recently started doing with the film for the diaphragm is using the tensile jig to go through a cycle to pull/relax, pull/relax to get rid of some of the stretch, almost a form of work hardening, which results in a more stable film.”

The tension jig is the metal spider-like device seen in the photographs. The diaphragm is locked down and placed under tension (those spider legs help pull the diaphragm taut, and then the machine systematically tightens and loosens).

Before bonding to the spacer and film, the final layer, called stators are thoroughly cleaned with isopropyl alcohol and in an ultrasonic cleaner filled with “various other fun chemicals.” As a result, everyone has really clean glasses at Warwick! 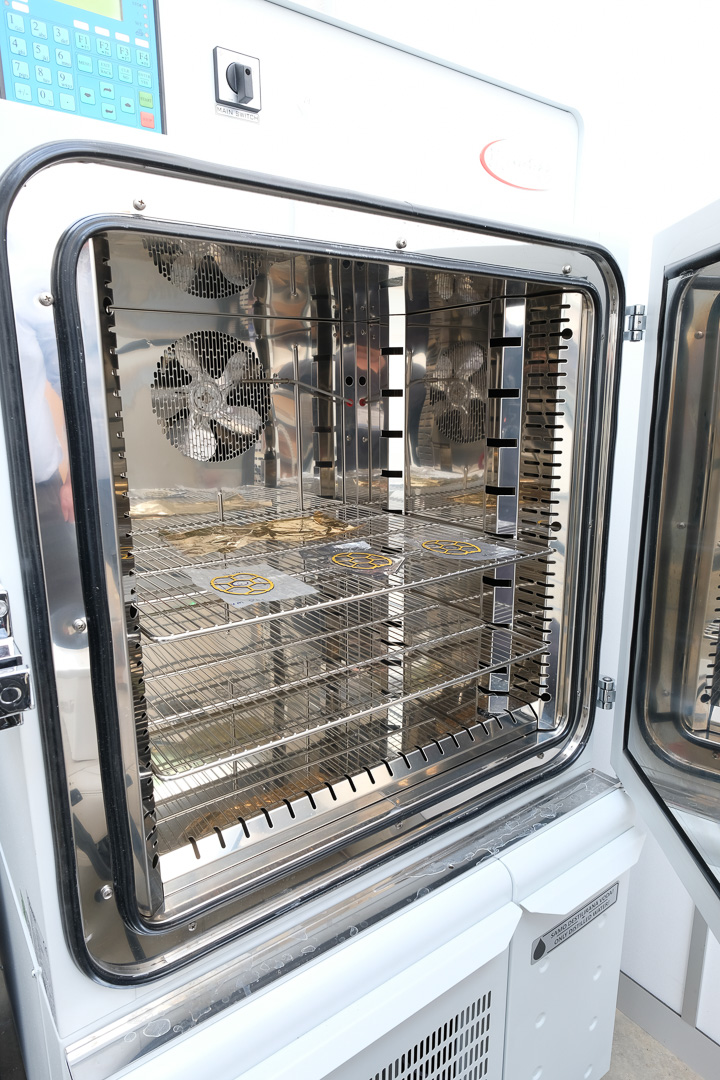 Finally, each driver is carefully tested in a specially built chamber. The driver slots into a jig, which sits at the mouth of that measurement chamber for complete consistency. These plots are used to create matched pairs of transducers which are then tested again as a final headset on “Bob” the mannikin. At present, this is batch building in very low numbers. It’s one stage up from prototyping. But the process is designed to be scaled up, and part of the custom-making process is about working up ways to increase production by as much as a hundredfold. 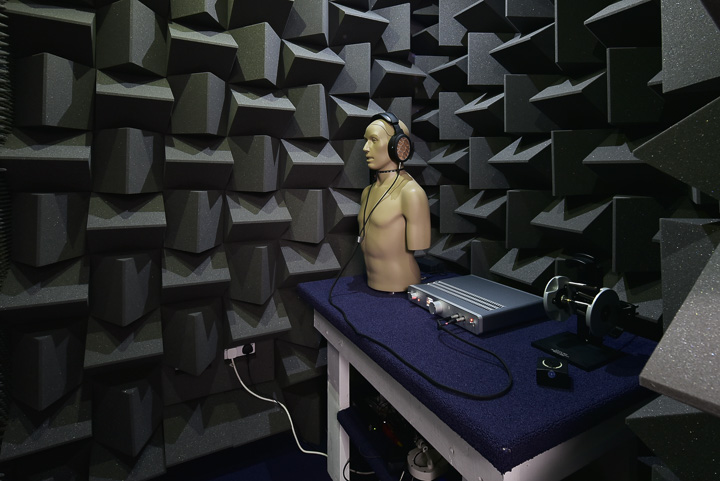 Like any ongoing project still in its earliest years, improvements happen on a regular basis as the technology becomes more mature. In Warwick Acoustics’ case, this has meant marked improvements in reject rates during the manufacturing process. This is entirely understandable; what begins as a laboratory experiment held together with electrical tape and crocodile clips quickly becomes a more practical proposition, and as the technology and the technologists who develop it learn better ways of making the transducer, so it becomes less likely to be rejected. For example, a small change in the layout of the honeycomb-like surface over the HPEL (High-Precision Electrostatic Laminate) electrostatic membrane almost halved the number of rejects

Ultimately, the limited-run, hand-built nature of the Warwick Acoustics transducer is not sustainable in the automotive industry, and it will need to be successfully production-engineered to be produced in greater numbers. But they have the expertise in house to make that jump when the time is right.