This has been a long time coming. I visited CH Precision’s small, efficient manufacturing and design facility in the middle of last year. CH Precision was named after the first letters of the surnames of founders Florian Cossy and Thierry Heeb, although ‘CH’ also just happens to be the data-code for Switzerland (‘Confoederatio Helvetica’, meaning in theory that CH Precision’s website could have been ‘ch.ch’ instead of ‘ch-precision.com’). The two cut their audio teeth at Goldmund before founding the OEM company Anagram Technologies in the 2000s. We spoke to Florian Cossy (above, centre).

CH Precision has two sites within metres of one another in a business park in the small Swiss town of Préverenges, just west of Lausanne. The ground-level site combines a manufacturing facility, an upgrades and repairs section, and warehousing. The second is across the way and up two levels, and sports prototyping, R&D, sales, marketing and other admin, and a dedicated listening room. This last is used in part for listening to new components during development, and for dealer and distributor demonstrations and training. Put together, the whole CH Precision workforce combined could just about field a soccer team, so long as it was unisex and there weren’t too many substitutions. 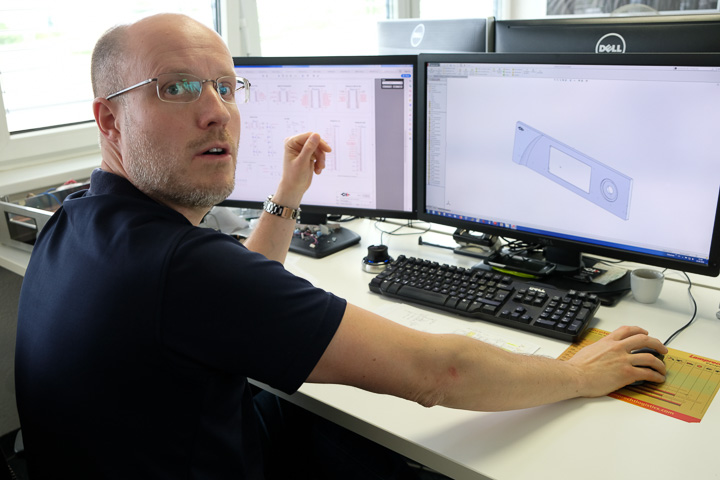 That places significant demands on the workforce; with over half the personnel dedicated to design, there’s no room for an “I just make the power amp” team member. However, to ensure quality and consistency, that workforce is extremely well-trained and highly self-motivated. The company also relies on exacting documentation in its build-up plans and flexible work-benches/assembly lines. The products are typically constructed in batches of up to six at a time. The workforce is divided between those who prepare for assembly, and those who actually assemble the products, with sub-assemblies and modules built, tested, and stocked. Final assembly itself is more of a ‘Lego Brick’ process than ‘board stuffing’; true to the atelier tradition that supports the Swiss-watch industry, the boards themselves are built by a third-party also in Switzerland, however testing, additional processes and tuning, and final assembly is all performed in house. Having someone potentially building a CD transport one day and a power amp the next helps prevent worker boredom (there is no excuse for a ‘Friday afternoon car’ in high-end audio, but CH Precision’s manufacturing schema practically guarantees a happier work-place environment, and more satisfied workers means better built components).

However, CH Precision is not about making custom products for the sake of it; “We design from scratch,” says Cossy. “But we use off-the-shelf products whenever we can. There is no point designing a new op-amp if there is a perfectly good op-amp already in production.” 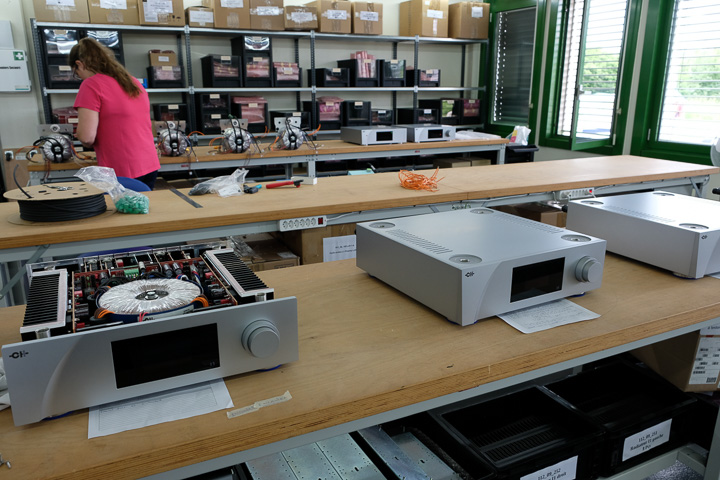 Alongside a flexible construction environment, another big element in CH Precision’s ethos is the upgradable nature of its components. Since making its first products in 2009, the only ‘legacy’ components that are no longer available are the company’s two ranges of interconnect and speaker cables. All other products, save the A1 amplifier, made over the last 11 years are still on CH Precision’s order books. Of course, there have been periodic upgrades to these products, with the aforementioned A1 power amp being extensively redesigned to create the A1.5 and the M1 upgraded to create the M1.1. However, these upgrades are available to existing CH Precision owners, A1s being traded in at advantageous terms and M1s being upgradeable in situ – which given the weight of the unit and the cost of shipping is no small thing. Often, when it comes to upgrading a CH system it’s more about additions to the system itself rather than swapping out one product for another (as highlighted in our Issue 175 test that turned a single-box stereo L1 line preamplifier into a full-blown, four-box mono L1 preamp with twin X1 power supplies, or in adding a more advanced streaming input card to an existing DAC). They might also come in the shape of repairs, but as is often the paradox; those companies with the best repairs departments are also the companies with the least need for a repairs department. As CH Precision started from the outset thinking of ‘the long game’ in terms of product supply, the products are built – and the components are chosen – in terms of longevity and performance. Although these are claims common to manufacturers in the audio world, surprisingly few ‘walk the walk’, but with a product range that remains effectively unchanged in more than a decade, CH Precision lives by this ethos. 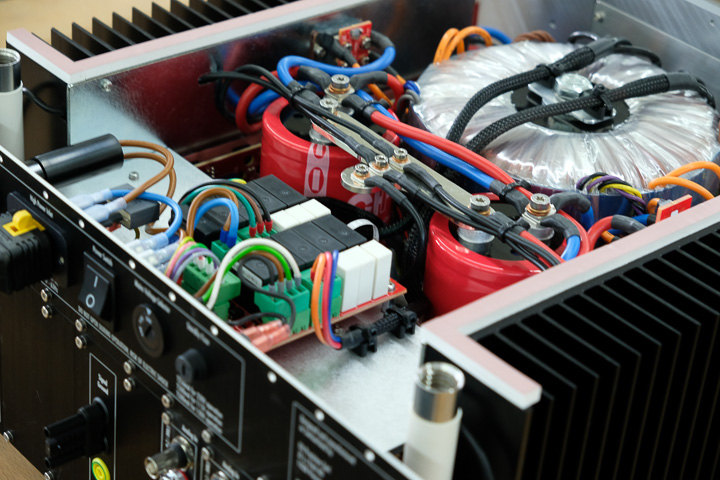 CH Precision strives to break down boundaries, in an industry that loves to pigeonhole. This hasn’t always been easy, “We were long considered as a maker of digital sources (because we manufacture a drive and a DA converter)” says Cossy, “but we fought against this. Now, thankfully I think that fight is over and people recognise us as a designer of amplifiers as well.” Similarly, and perhaps more importantly, the same line-blurring applies to the products too. “We have enough expertise in both digital and analogue domains to create products that ‘have enough digital in them’ to counteract the inherent drawbacks of an analogue circuit, but in the digital domain. The other way round is happening too; we take something like the external clock and treat it like it is producing an analogue signal.”

Nevertheless, in a large range of electronics, there are products that designers feel best highlight their outlook. For Cossy, there are two products that demonstrate that; “The power amps, for the ability to adjust the ratio of global to local feedback circuit. This controls the damping factor and allows better loudspeaker and room matching. But also the P1 phono stage and its current mode inputs: These moving coil inputs remove the need for impedance matching and make for superior signal to noise ratio when compared to voltage inputs.” Demonstrating understated Swiss reserve, it’s clear that while all CH’s products are important to Cossy, these two design blocks best demonstrate what the company stands for.

I visited CH Precision at the time of one of its biggest changes in years; it announced and showed in early prototype form, the L10 and M10 amplifiers destined to sit atop the already mountainous peaks of CH Precision’s amplifier hierarchy. Alongside these ‘concept’ amplifiers came the substantial updates to the A1 stereo and M1 mono power amplifiers and – as seen in pre-release form – a Roon-Ready Ethernet streaming HD board for the C1 and C1 mono digital controllers and the I1 integrated amplifier. For a company as deliberately compact as CH Precision, this is a lot of heavy lifting for the R&D team in the company’s 10th anniversary year.

The longevity of each product – both in terms of the length of time it remains on sale and potential time it stays in a system – does impose unique disciplines on the brand. In 11-years of audio manufacturing, a company that has only ever discontinued one product that places severe strictures on both its designers and their designs; you don’t want the next model to be the first one that only stays around for a few years. That eradicates any complacency in product development, even if it does make for unchanging industrial design. This can make the brand a victim of its own success in terms of visibility; owners tend to upgrade or add more CH Precision products, and that means there are more unicorn horns on sale than second-hand CH kit. Also, a company that doesn’t launch a new product every six months doesn’t get the exposure of a brand that panders to the ‘yes, but what have you done for me lately?’ cabal of high-end audio buyers (and reviewers). Instead, CH Precision appears to sell its products on the revolutionary idea of making products that sound good, knowing their investment will still be current a decade or more from now. As such, distributors, retailers, reviewers, and listeners alike who have matured past the ‘flavour of the month’ club find themselves in lock-step with CH Precision’s approach. 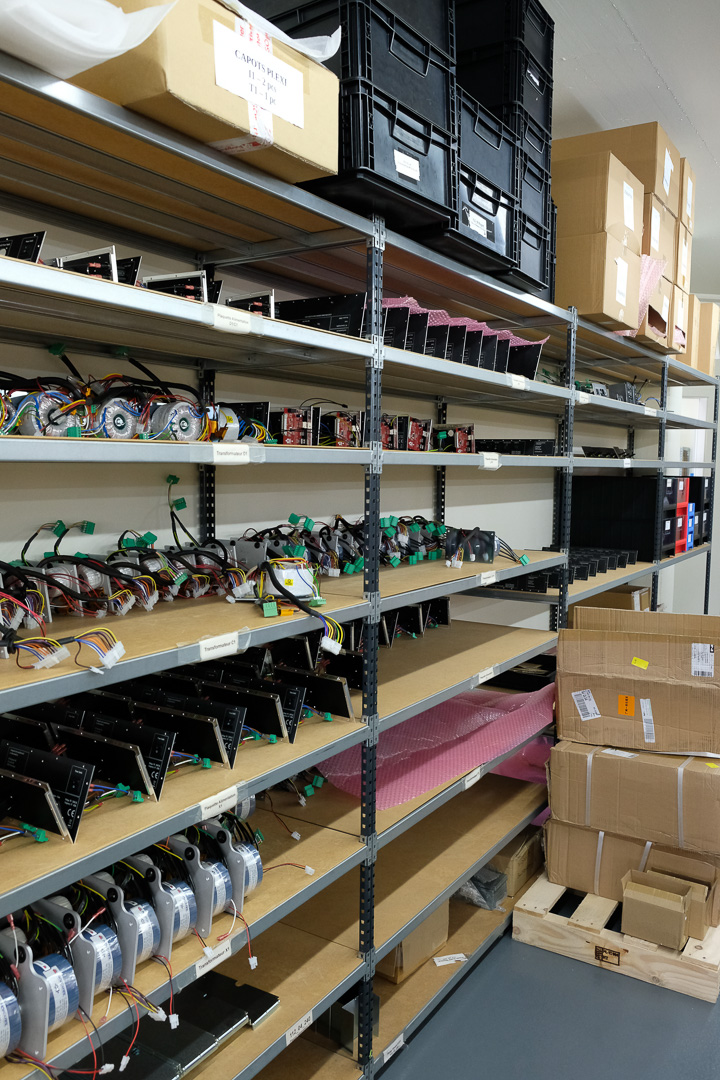 The CH Precision concept posits that an owner of their products need not change their electronics, ever. The products are kept up to date through their modular nature and periodic and optional upgrades. Should you wish to improve the system, there’s a whole extended family tree of additional power supply and dual-mono options, a structure that applies to almost every core component and that can be worked through before you run out of CH Precision road. Should you decide to change your cartridge or loudspeakers, the electronics have unique flexibility to adapt. And with every component wearing a CH Precision logo still closely related to (or upgradable to) a current model, listeners aren’t likely to find themselves left with a discontinued ‘white elephant’. 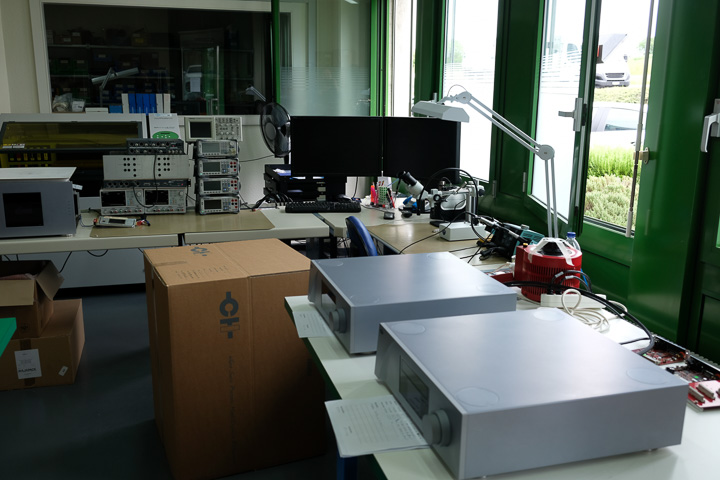 It’s an approach that imposes its own rigour but creates its own opportunities too. Longevity brings long product cycles and modular design allows both future proofing and upgradability. But just as importantly, the design and technology remains common and complementary, the company agile and true to those original goals.