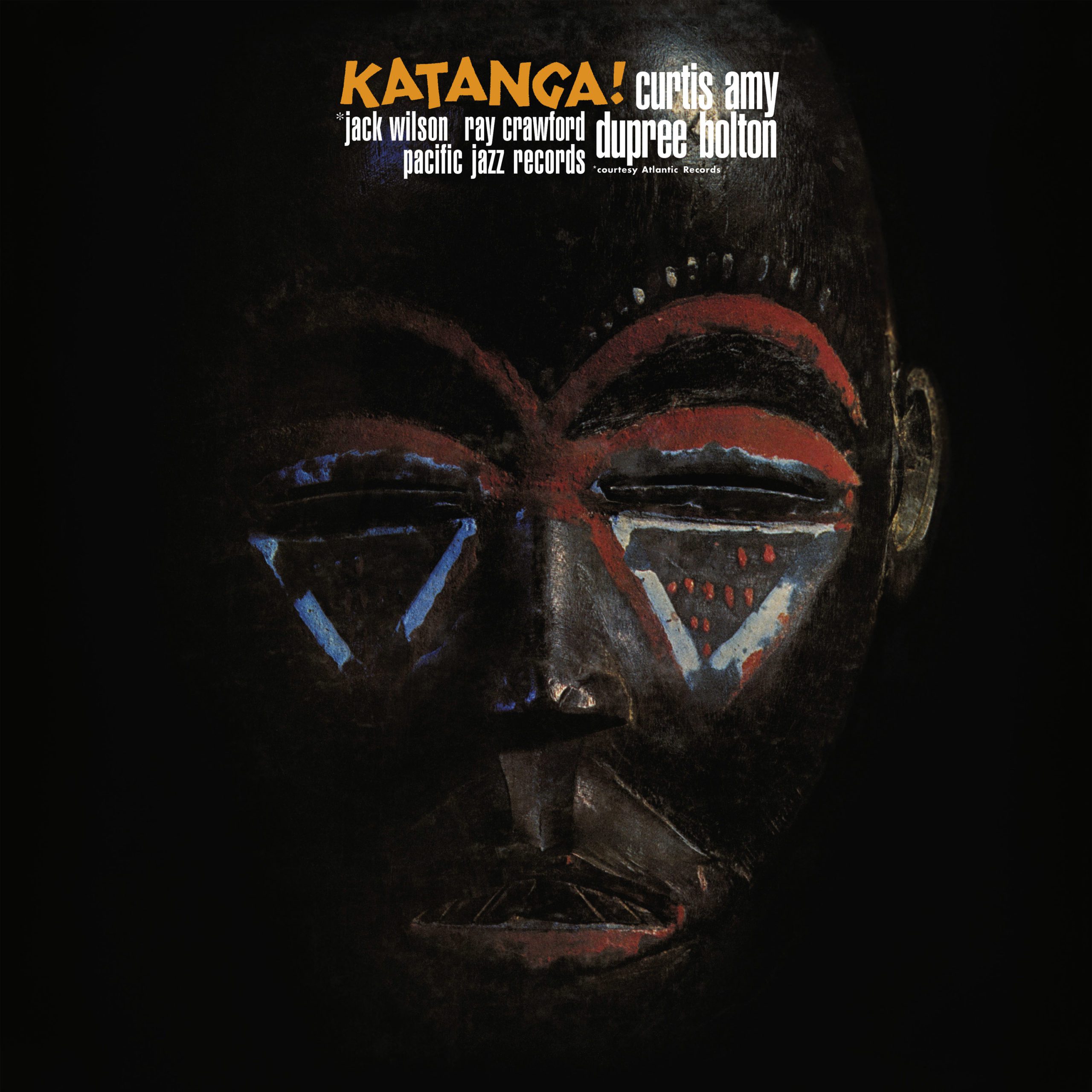 Of the titles released in the Blue Note Tone Poet series, some of the very best reissues have been from a label related to Blue Note only by corporate acquisition. Pacific Jazz Records, a subsidiary of World-Pacific Records, released Katanga! in 1963, only a couple of years before Liberty Records acquired the catalogues of World-Pacific and Blue Note. The session was led by tenor saxophone player Curtis Amy, who recorded six LPs for Pacific Jazz, of which this is the sixth. Amy is often referred to as an ‘underappreciated’ player. His Pacifc Jazz sales were miniscule, and he recorded little after that. Unless you picked up the Mosaic box set (CDs only) issued in 2004, odds are that you do not have a Curtis Amy LP in your collection. I first picked up this LP decades ago on the strength of its cover art, but never saw it in a bin again. Other jazz players with tiny sales kept their names afloat by grinding out albums as leaders and sidemen over the years, but Amy took another tact. He became a record label executive and recorded backing solos for pop artists. Who does not remember the saxophone solo from The Doors hit song ‘Touch Me’ on The Soft Parade? Carole King’s hit tune ‘Jazzman’ was an ode to Amy’s influence on her. He played saxophone and flute on four of the songs of King’s Tapestry and for three years in the 1960s he was the musical director for the Ray Charles Band. The music did not stop when he went home to his wife of thirty-two years, Merry Clayton. He met Clayton in the Ray Charles Band and a year before their marriage she shot to fame with her Mick Jagger duet on ‘Gimme Shelter’.

Katanga! included Amy on tenor and soprano saxophone, Dupree Bolton on trumpet, Jack Wilson on piano, Ray Crawford on guitar, Vic Gaskin on bass and Doug Sides on drums. None of the musicians became well known, but all turn in the performance of their careers on this date. Side one opens with the title song, a Dupree Bolton composition. Bolton’s trumpet performance here steals the show, but after this – and his work on Harold Land’s The Fox – he disappeared from the music scene into a series of prison stints. Ray Crawford was never a headliner, but his smooth guitar recordings as a sideman with Ahmad Jamal and Gil Evans ensures his place in West Coast jazz history.

Bolton’s impassioned solos on the title song, trading licks with Amy, ensure his reputation as one of the mid-century’s forgotten heroes. Amy takes over equal control in ‘Lonely Woman’ and ‘Native Land’ where he plays soprano saxophone on his two compositions. Flip the LP to side two and the sextet runs through three covers, including a haunting rendition of ‘You Don’t Know What Love is’ with Amy again on soprano saxophone and Bolton conjuring up a cross between Chet Baker and Clifford Brown.

When it comes to being underappreciated, I’d give the nod to recording engineer Richard Bock, who recorded this session at Pacific Jazz Studios in Hollywood. Founder of Pacific Jazz and World-Pacific, Bock produced and recorded one of the great bodies of West Coast jazz recordings in existence from the likes of Chet Baker, Gil Evans, Chico Hamilton, Gerry Mulligan, Lee Konitz and Joe Pass. What you expect and receive from a Pacific Jazz title (in addition to top line music) is exceptionally well recorded music. A hallmark of Bock sound is the absence of ‘hole in the middle’ sound so often found in jazz recordings from the 1960s. Whether he was recording a quartet or a larger ensemble, his recordings present a smooth integration of the instruments across the stage and this recording is no exception.

Like all Tone Poet releases, this was curated and produced by Joe Harley and mastered by Kevin Gray. The sound is well balanced, with a deep and wide stage. Unlike so many audiophile grade releases today limited to a few thousand copies, UMG owns the title and can press as many copies as the market will support, so you will have no one to blame but yourself if you miss out on this splendid title. Even Tone Poet titles are not all created equal, and this belongs near the top of the stack.

Nelson's cycle of Shostakovich symphonies on DG is proving to be one of the best yet!