Wes Berwise is a clever man. He has been passionate about his music for as long as he can remember, and was an avid collector from his school days. His love of music in all its guises (but especially soul and R’n’B) led him to an illustrious career as a DJ at Colourful Radio and then Jazz FM (at which point he had three shows per week; two on Jazz FM and one on Colourful Radio), adept at moving across the genres for all the right reasons.

Gradually, radio changed and became more about the playlist than the music, and this didn’t sit well with a musical curator like Wes Berwise. He made the bold move of changing tracks… moving from DJ to founding WBSS Media in 2013. WBSS has quickly become the go-to website for learning more about black music of all styles and genres, kind of like a cross between Wikipedia, Gracenote, and YouTube rolled into one.

We spoke to him about his life, his work, and how more people should be involved in music!

AS: Do you remember your first LP?

WB: The first record LP I ever bought was from a guy called Steven Nash, who was my best mate at school. I was about 11 or 12 years old at the time. He was a huge Slade fan (I’m showing my age there) and I didn’t particularly like them. And he said “I’ve bought this album and it’s just rubbish.” So I asked him what it was and he said “It’s some black guy called Johnny Nash.” So I said, “I’ll have it! I’ll buy that!” Bear in mind that I’d never heard of him either – this was the time of either Radio One or Radio Caroline, and people like Johnny Nash just didn’t get airplay.

Anyway, I bought it from him, and it turned out it was by Jimmy Cliff, not Johnny Nash. It was ‘The Harder They Come’ soundtrack. This was the first reggae soundtrack. Ever! I don’t know why he bought it – he was a white guy and this wasn’t the time when white teenagers bought reggae albums – but I think his parents were quite ‘hip’.

I remember taking this album home, and it was a gatefold. People might not remember this, but at the time a gatefold was a new thing! I was so excited that I was reading the sleeve notes on the bus. It’s still in my collection now. I guess you could say my whole career path in DJing and now music curation started there, even if I didn’t know it at the time.

Music ran through your family, didin’t it?

Yes. I was brought up listening to a lot of gospel music. And I played the guitar from a very early age in church. I was playing guitar every weekend, or twice a week in church. Nothing was forced; it was unnatural for me to study classical at first, but after two or three weeks I was hooked. But I also listened to everything I could lay my hands on. I started listening to a lot of reggae music too, when I could. It wasn’t easy because it didn’t get any airplay on the radio then. I remember I started getting involved in funk and soul music and I thought ‘this is good! I like this stuff’

How did having eclectic tastes in music fit into the music culture of the 1970s?

You weren’t allowed to like different kinds of music; it was your identity. I was listening to reggae, but secretly listening to soul stations. It sounds ridiculous, but it’s true. As a young black guy growing up in the 1970s, you either liked soul music, or you liked reggae music. You were a soul boy, or you were a reggae boy. Which is very different from today, where fathers dress like their sons and sons dress like their fathers. But back in the day, everything was very distinct. If you were a punk, you were a punk. If you were a goth, you were a goth, and so on. You had your own dress code, everything. So it was a really big deal if you were really into reggae, but also liked soul! You couldn’t tell your reggae friends about it because they were in a completely different camp, which is bizarre!

Give me an example of this?

I heard this album, and you had to order them. I went to this shop called Contempo records (behind The 100 Club in Oxford Street). Two weeks later, I picked up my first soul record – the very first by Brass Construction and my first full-priced album – and I got on the bus to go home and met some of my reggae crew and thought “no! no! no! This can’t be happening.” When they saw the album, they started treating me differently for a while. I got away with it because I was a musician and I argued that I needed the record for my music, but that’s just crazy! Two years later… that had all gone!

You spent many years as a DJ, Why did you give it up?

The radio industry is changing, and in my opinion not for the better. I was never drive-time, so I didn’t have too many restrictions and wasn’t held to a playlist, but even that started to change. Pretty soon, you realise you have gone from being a passionate voice on the radio, a curator of music, to being yet another ‘that was… this is…’ guy, And I didn’t want that, so I left in 2013 and founded WBSSmedia.com.

WBSS is there to feature, promote, and elevate creative and ground-breaking R&B and soul artists worldwide. It features regular informal interviews with artists young and old, hopefully discovering new classics, and letting peoople discover the classics in black music. We focus on artist profiles, and have a daily birthday slot so people can discover artists they might never have heard of otherwise. It’s the complete opposite from the playlist-dominated world of radio and I love it! 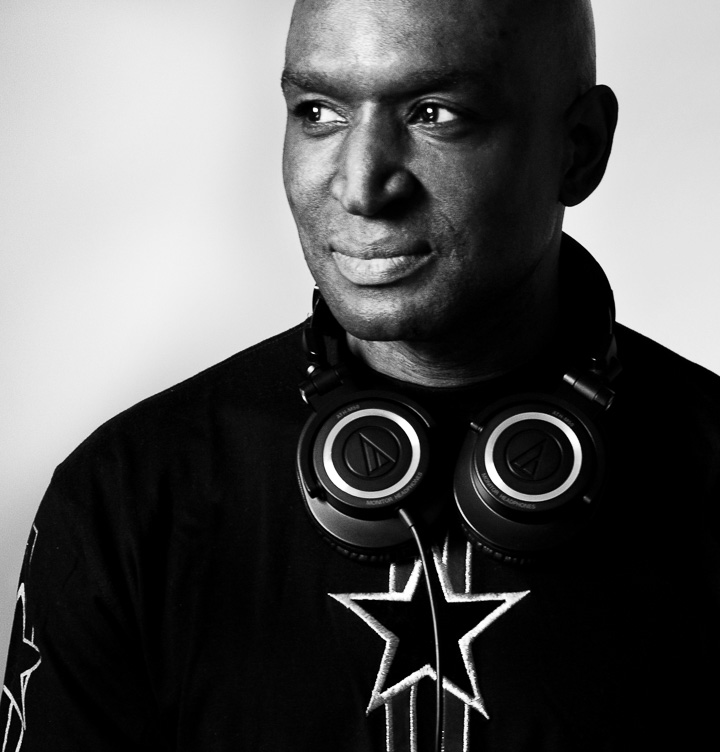 Is that playlist killing music, or has music lost its way?

People dismiss the young as not being able to write good music. That’s rubbish! Someone who spent years training at somewhere like Berklee is extremely talented and often write great, innovative songs… that don’t get onto playlists. So, they write music to get played, and then get accused of not writing good songs.

Do you still consider yourself a DJ, a musician, or a musical curator?

It sounds old fashioned, but I consider myself in show business. I have a golden opportunity to speak to some of the greatest living musicians, some of whom have been around for a long time. Those guys have taught me a lot. They taught me the meaning of that term. There’s a ‘show’ and then there’s ‘business’. The ones who have made a career in music know the difference, and know when it’s time for ‘show’ and time for ‘business’. The younger ones only know about the ‘show’ and in fact the very young ones in music only know about the ‘business’ not the ‘show’ side. You need both.

What do you think the audio enthusiast can get from WBBSmedia?

I think the big thing to gain is expanding your horizons. Music discovery services like Spotify and Tidal are great, but they are still gearing you toward a playlist. We don’t do that. It’s like being around musicians; they love music in all its colours and shapes, not just the ones we learned to like in our 20s. The site doesn’t tie you down in that way. It lets you discover our music your way. There’s a good and a bad side to all this new technology, and I really want to turn WBBS into a community. It’s very much ‘experts’ at the moment, but it won’t be like that in a year’s time.

In running a musical site like yours, you must encounter obsessive music collectors?

Yes… we do get people who obsess about everything, the guys who want to know the name of the hat the guy was wearing on the morning of 23rd March 1968, that sort of obsessive. You can’t help but be impressed though – there was this one time, I had put a feature up about an early and quite obscure blues musician. A lot of the early blues musicians had all died off by about 1940. Most of them were lucky to live into their 30s. Anyway, I put the wrong picture in! It was the right surname, but the wrong christian name. Even the family didn’t know it was the wrong image!  Anyway, this guy wrote in who had spotted this… he was so disgusted. I just wanted to know where he got his facts from!

WIN! One of two sets of four Kuzma Damper Feet worth £600 per set must be won!!!

Danish loudspeaker expert Audiovector is no stranger to the pages […]