The Chord Blu Mk2 is a recent addition to the Chord family, and a sister for DAVE – the ground-breaking DAC designed by Rob Watts. A conventional CD transport, together with the ability to upscale CD to 768kHz, makes this a natural upgrade for the DAVE, taking its ability to utilise its 164,000 taps in the Watts Time-Aligned Filter to over a million!

The Blu Mk2 comes in an aluminium case which is of similar dimensions to the DAVE. It has digital inputs for USB up to 768K, a BNC S/PDIF input, and outputs comprising a single AES/EBU, a Dual AES/EBU, and the similar configuration for S/PDIF outputs. Conventional CD buttons provide the usual functions, which can also be accessed by the supplied remote control.

There are two small switches on the back; ‘Dither,’ which only works with a 16 bit output, and a toggle which gives three levels of upscaling. The CD is inserted by flipping a metallic cover back, and dropping the CD into the playing space. Getting it out is more of a procedure. There is a modest insert in the CD surround below to insert your finger in order to remove the CD. Not the easiest procedure for someone with fat fingers, and difficult to do without coming into contact with the playing surface of the disk. It’s not the most gloriously beautiful way to load and unload a CD, but I suspect that not having a drawer may save trips to the repair shop in twenty years time! The internal mechanism is the Philips CD Pro 2 Mech favoured by many manufacturers, and known for its reliability. 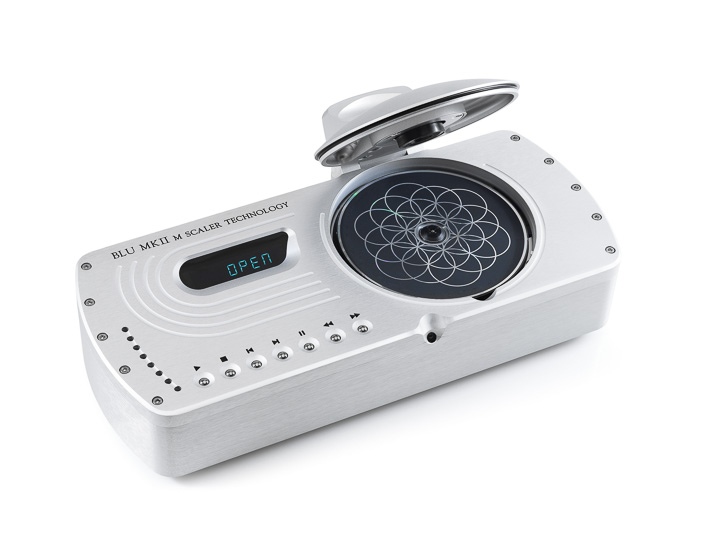 Upsampling aside, it’s a CD transport, so its operation and installation are well known to all. The only real caveat to that is to get the full benefit of that upsamping between Blu Mk2 and DAVE, you need to connect using a dual BNC arrangement, and there’s an unofficial (though Rob Watts approved) idea of slipping ferrite beads over these cables at the Blu Mk 2 end for maximum performance.

Listening to an old favourite CD of mine, Haydn Symphony No 77, Christopher Hogwood and the Academy of Ancient Music, the difference between the three oversampling/upscaling options is not small. Starting with the minimum oversampling rate, which reads as 88.2 kHz on the DAVE, I get a pleasant presentation, fluid and coherent, but not the deepest of soundstages. Changing to the maximum oversampling immediately improves imaging and increases soundstage depth, while creating much greater space between the instruments in the orchestra. It’s almost as if you have pressed a button marked ‘3D’. There is also a sense of what happens when you move back five rows in a concert hall, a hint of the concentration of the intensity and colour of the sound being slightly diluted. On this period instrument recording, I miss a bit of weight in the bass; it is true that period cellos and basses make less grunt than the modern equivalents, but it is noticeable nonetheless. Contrasting the Blu with my Esoteric K-05 CD player, used as a transport only, playing through the DAVE via a Chord cable, the latter seems to have more grunt and there is more of a sense of the bass driving the harmony and the music than with the Blu Mk2. It doesn’t, however, have the effortless sense of space that the Blu Mk2 has, or indeed the litheness of its approach to making music.

Next I moved on to an astounding recording made in 1959 – Von Suppé Overtures, and in particular ‘Pique Dame’ by the Detroit Symphony Orchestra under Paul Parry [Living Presence]. This was recorded with just three microphones, and that shows up some really interesting things. On this most organically recorded of discs, upsampling seems to extract every last detail of the orchestral image beautifully. It is as close to a purist ideal as you can get (I suppose the engineer could have used only two mic’s!). Compared with my Esoteric feeding the DAVE directly, I can hear the amazing separation and phase information on the Blu Mk2 being extracted by the upsampling, and it is highly impressive. Interestingly, where the kettle drum sounds a bit loose and flabby with the direct version, the upsampled Blu Mk2version reduces its role, but makes it tighter and better controlled. The moment of impact of the stick to the drum skin is better defined. The Blu Mk2/DAVE combination really does make greater sense of this recording. 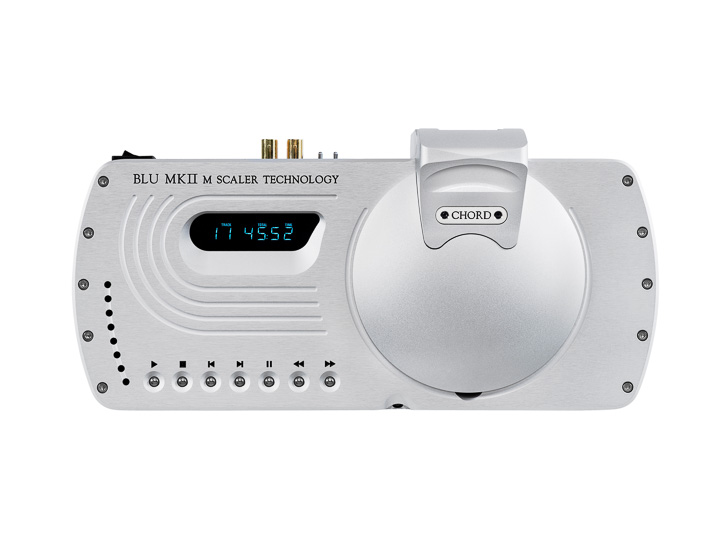 On to the Grieg Concerto, a vintage Philips recording, Stephen Bishop with Colin Davis. It is fascinating to see how this rather magical recording, which through the Esoteric and DAVE sounds good, but old! It’s on the tubby side, an old-fashioned with slightly congested sound. Through the Blu Mk2there is a radical transformation: the piano sounds less muffled, more incisive, more lyrical, and less lard-like; the orchestra (which doesn’t have a detailed presence) suddenly appears like it’s been snapped by a camera with a lens that has just been cleaned. Again a little less bass, but it sounds like a recording from several decades later. The piano sounds most different, because the start of each note has greater clarity, so that the tone sounds very different and much more lifelike. More Steinway, less Bösendorfer!

Turning to some rock music, I tried Madonna’s Ray of Light album [Warner], and the Frozensoundtrack [Disney].  As previously with the Blu Mk2 on maximum oversampling the components in this electronic and acoustic mix are blown backwards and expanded detail-wise, the top end is sweetened (that is, made less shrill), but some of the drama of the track is sacrificed for this cause. The bass is slightly less present, it seems as before not to be driving the music but playing with it. the Blu Mk2 makes real sense of the violin section, instead of a bland blancmange texture, heard raw through the DAVE, I’m aware of a mass of violins, and their weight. There is more of a sense of how the mix is stuck together: The drums have a different acoustic to the singer and the orchestra, and you can sense the booth in which the drums were recorded.

There seems to be a common thread. Upsampling carries with it certain positives, as well as the occasional less-than-positive. It really is almost like a complex DSP function, which alters the sound in a way that may be very useful, depending on the characteristics of your system. For music, or a system that has a tendency to be too forward, the upsampling tendency to push the performance back a few rows is a positive thing, as is of course the increase in space, and accuracy of the imagery yielded. The quality of the bass seems to improve, and there is a more accurate beginning to notes, which is particularly evident when pianos and drums are involved. The quantity of the bass is lightened in the process, which could help certain systems, but could also hinder in the case of rock music.

The Blu Mk2is a fine transport which opens many possibilities of sonic changes and developments in a system, and when partnered with the DAVE, shows the possibilities of upsampling done well. 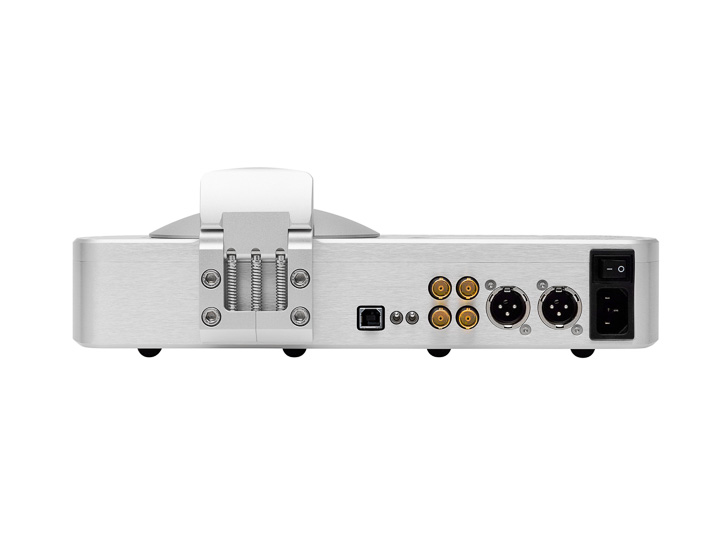