The first part of our definitive multi-part round-up of the best personal audio products on show at CanJam London, 2017. This time, Chris Martens and Alan Sircom run through all the products up to and including the letter ‘A’! 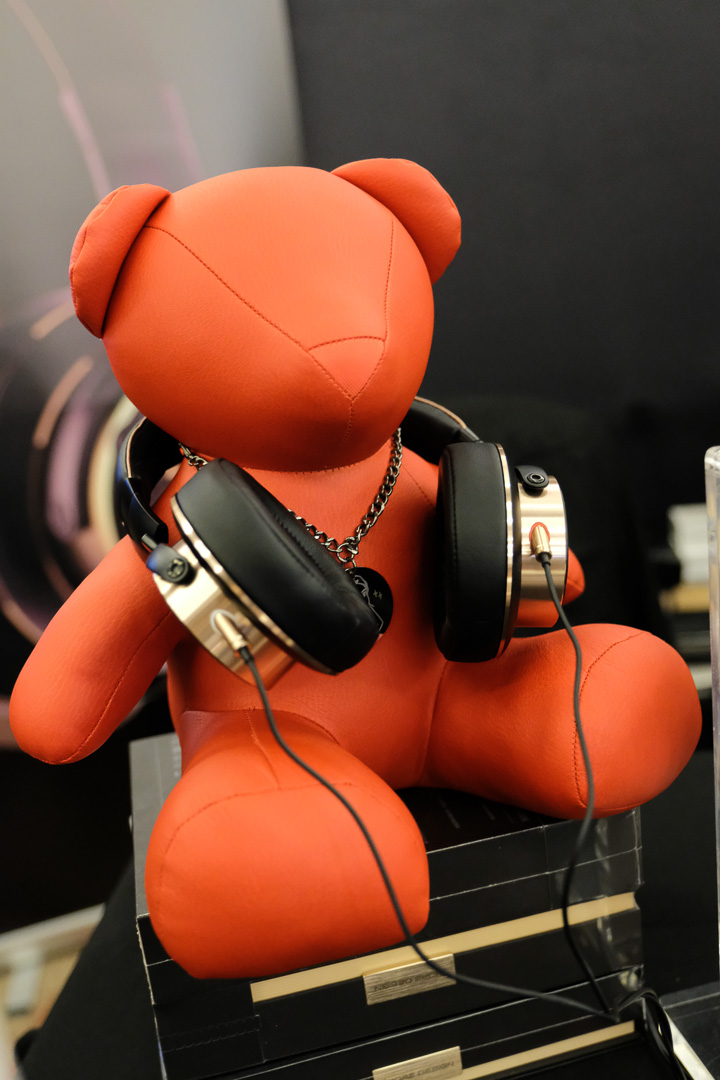 Description: Best known for its range of high-value earphones, 1more has branched out into full-sized, High-Resolution Association approved, headphones with its first triple-driver over-ear design. Using a piezo ceramic driver for the high-frequencies (which is claimed to reach up to 40kHz), with a 40mm aerospace-grade metal midrange driver, and a bass reflex driver, as used in traditional loudspeakers. The fold-down gold and black headphones also sport a 1.35m long, 99.99% pure oxygen-free copper cables with non-tangle Kevlar sleeving. 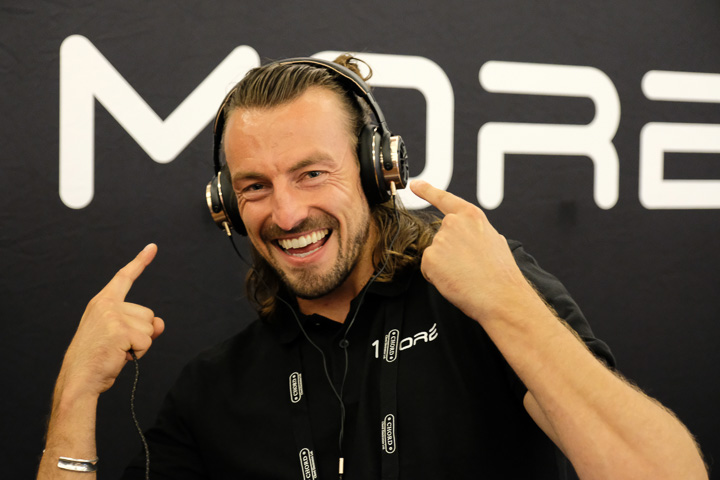 What are you listening to? Luther Vandross ‘Never Too Much’ from the album of the same name.

Description: 64 Audio’s tia Fourté universal-fit earphone represents a bold new initiative for the firm in that—unlike virtually all earphones that use balanced armature-type drivers, the tia Fourté uses no bore tubes whatsoever. In fact, TIA is itself an acronym that stands for ‘Tubeless In-ear Audio’. The tia Fourté uses the hybrid combination of one tia-type ‘open balanced armature’ high frequency driver, one conventional balanced armature-type high-mid driver (which deliberately is not fitted with a traditional bore tube), on tia-type ‘open balanced armature’ midrange driver, and one dynamic bass driver, plus an internal passive radiator. The Tia Fourté earpieces are precision milled from aluminium and incorporate just one large-diameter sound outlet tube plus individualised tuning chambers for each of the earphone’s four drive units. Finally, the Tia Fourté incorporates 64 Audio’s proprietary Apex system, which is designed to vent excess pneumatic pressure from within the wearer’s ear canals thus promoting fatigue-free listening while protecting the user’s hearing. A brief listen convinced us that the tia Fourté offer natural and well-balanced (though by no means analytical), plus exceptional richness of dynamic expression and vivid rendition of tonal colours.

What are you listening to? New Order’s ‘Blue Monday’, from Substance 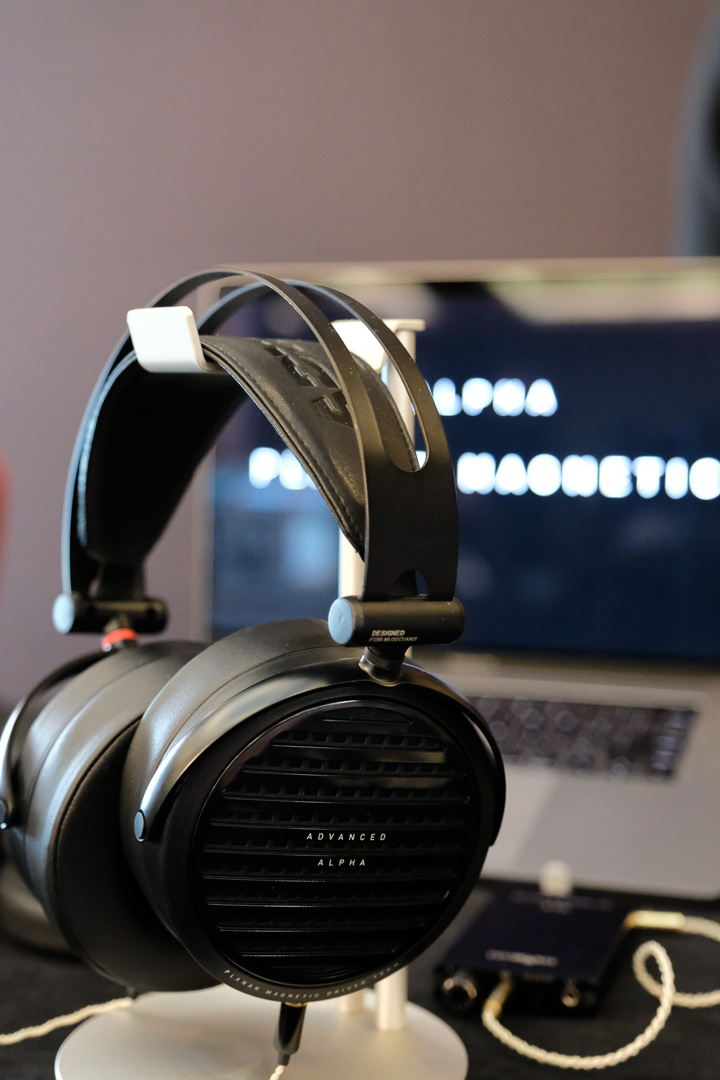 When available: End of August

Description: Best known for its lower-cost range of earphones, amplifiers, and wireless products, the Alpha is the company’s first venture into full-sized headphones. The Alpha is an over-ear planar magnetic design, and will be followed by an even cheaper GTR planar magnetic design in coming months. Both will be sold direct. Information on the final design is limited as this was effectively a working prototype. 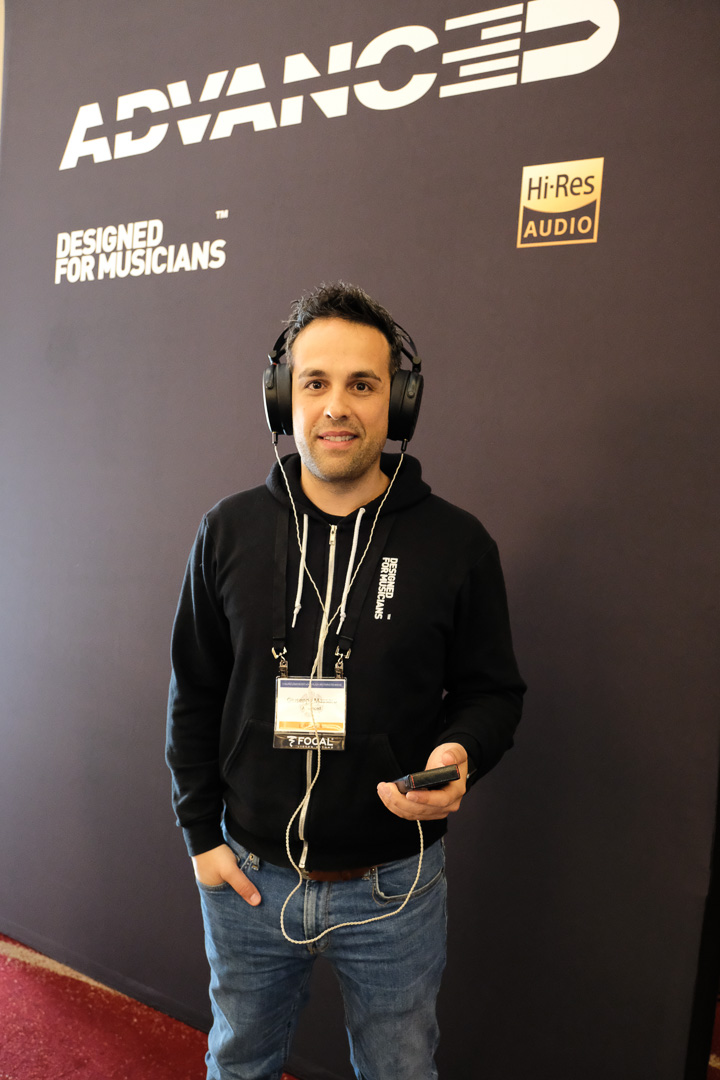 What are you listening to?  The Wall by Pink Floyd 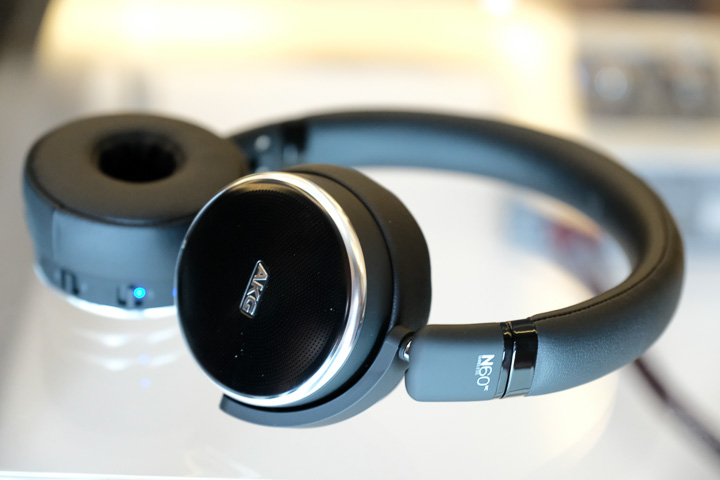 Description: The N60nc by AKG has proved a popular on-ear headphone, thanks to its adaptive noise cancellation. The new wireless version adds AptX Bluetooth connectivity, an additional 6mm of earpad width, 5mm of pad thickness, and a slightly redesigned headband, claimed for improved comfort. The traveller’s friend will also come with a conventional 3.5mm TRS jack for wired headphone use in aircraft or places where Bluetooth is not recommended. 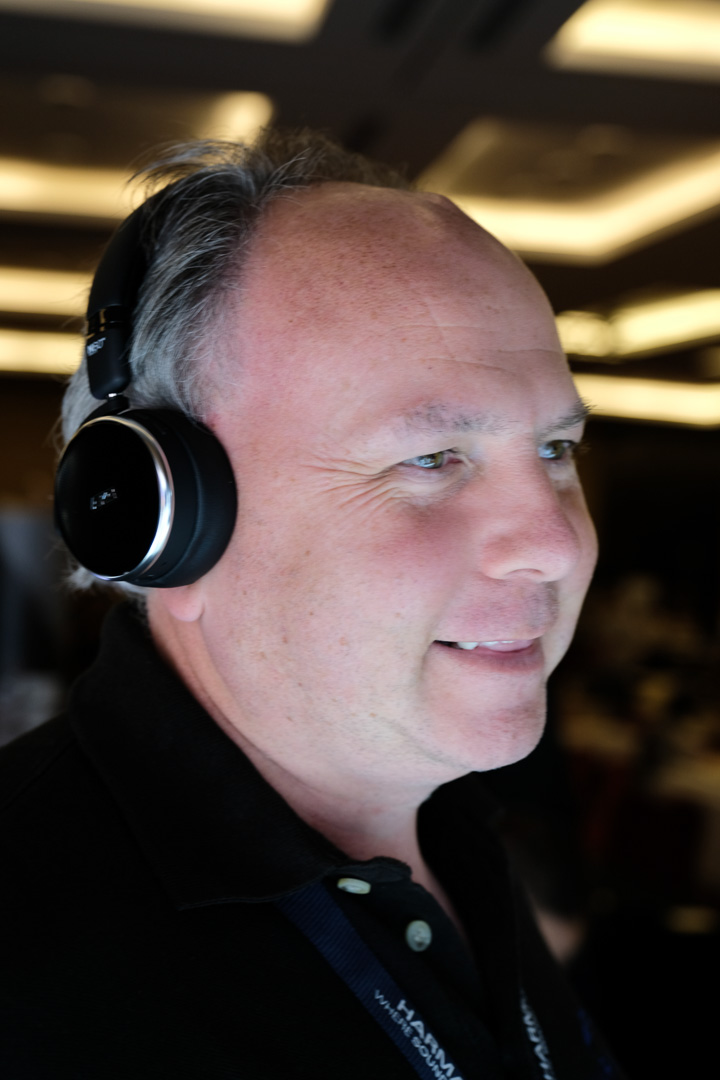 What are you listening to? What’s Goin’ On by Marvin Gaye, streamed from TIDAL

Description: The British firm Atomic Floyd has been at work for some time on a revised version of their popular HighDefDrum earphone and the new version now appears to be finalised in anticipation of an August 2017 launch. The HighDefDrum features earpieces fashioned from titanium and stainless steel parts, which in turn house a ne 13.5mm dynamic driver fitted with a dual-layer diaphragm. The HighDefDrum earpiece is a semi-open-back design incorporating a ‘triple filter’ system. The robust earphones come fitted with Kevlar-reinforced signal cables and a built-in Mic/Remote module. The standard model is rated as being ‘Made for iPod/iPhone/iPad, but later on the firm also intends to release an Android-compatible version. 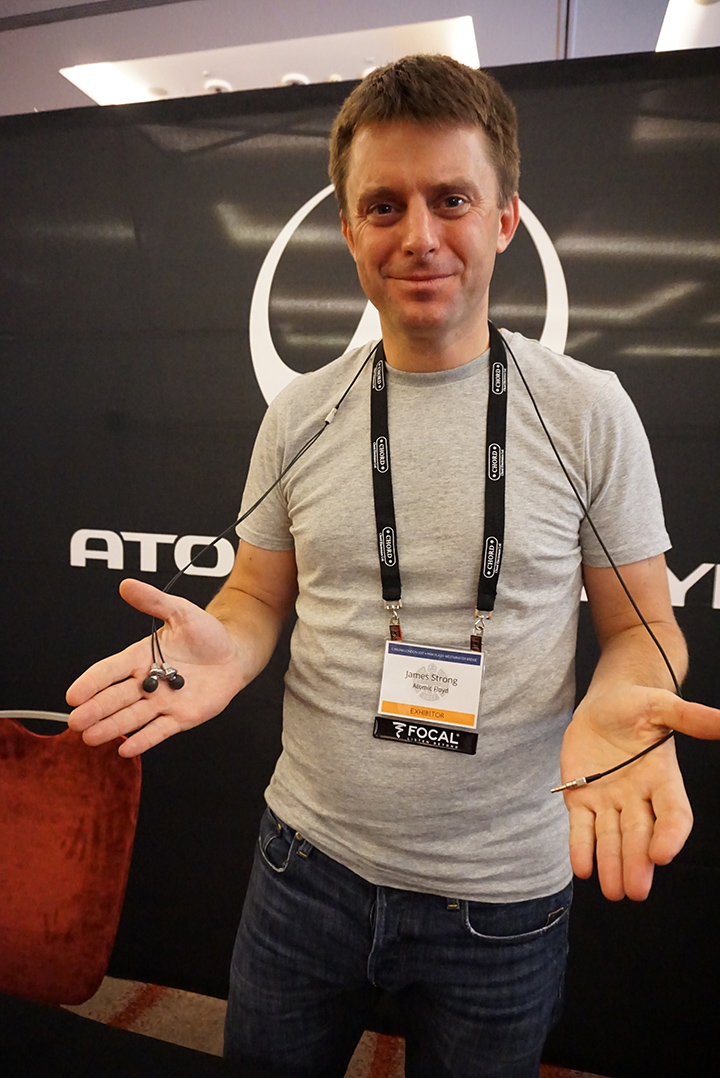 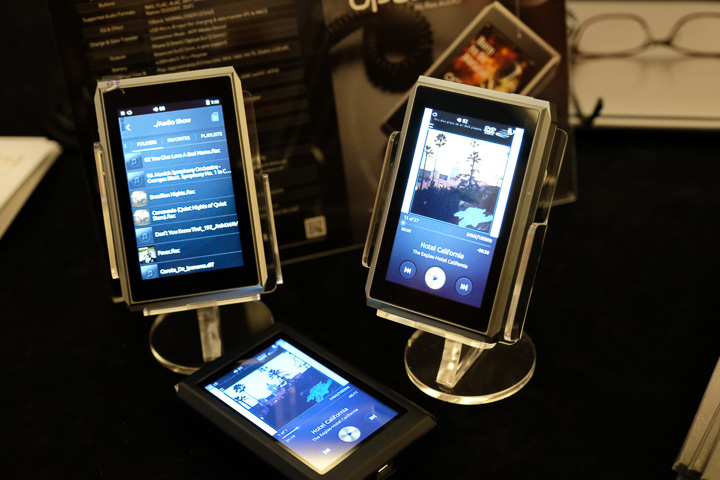 Description: The middle model in the Audio Opus range, the Android 5.1.1-based Opus #3 DAP differs from its brothers in its use of a Burr-Brown 24-bit, 192kHz DAC. The Opus #3 supports Wi-Fi, Bluetooth 4 (not AptX), and third party streaming applications. The player also supports DSD 64, 128, and 256 without conversion. Audio Opus claim and impressive 8.5 hours battery play time, with a four-hour charge. The Opus #3 has both 2.5mm balanced and 3.5mm TRS headphone jacks. 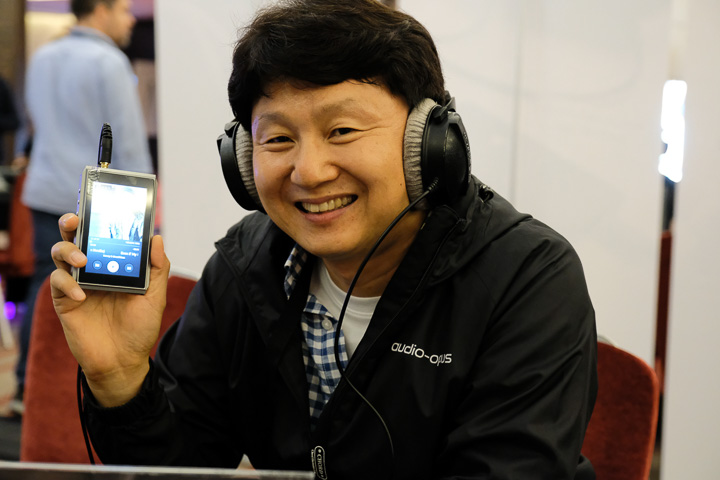 What are you listening to? K-Pop! 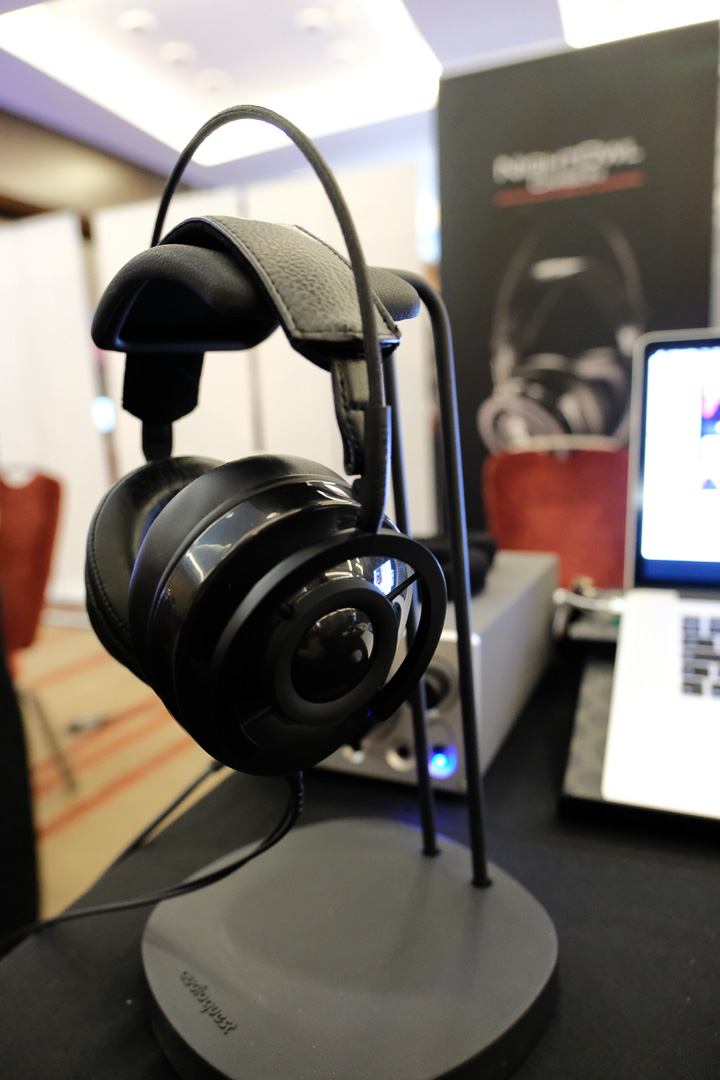 What: NightOwl Carbon over ear headphones 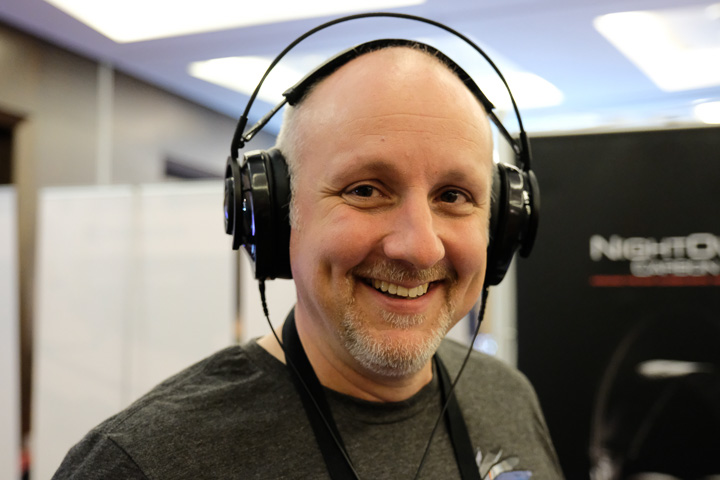 What are you listening to? Bonfire to Ash, Porter Nickerson 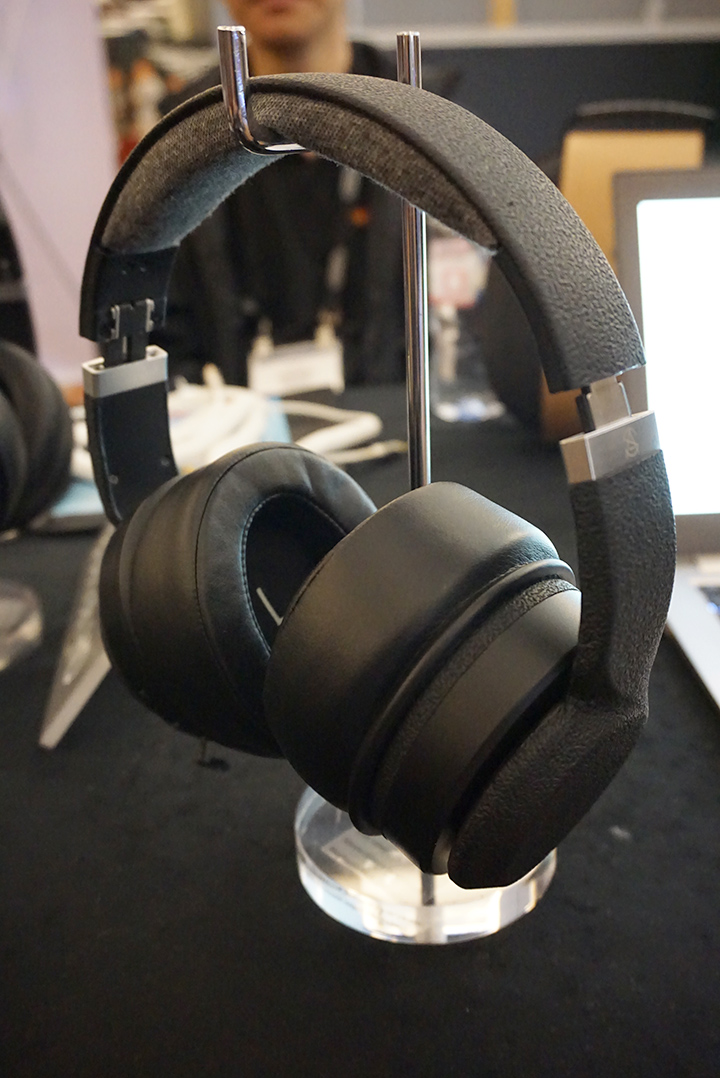 Description: The Debut Blue Label Bluetooth headphone offers dual (50mm and 30mm) dynamic drivers, both with Neodymium magnet-equipped motor systems. With an eye toward maximising sound quality the headphone features support for CSR8675 and aptX HD Bluetooth CODECs and also supports NFC pairing for greater all-around ease of use. But perhaps the Debut Blue Label headphone’s most striking feature is a whopping 30 hours of playing time per charge, which just might be a record of some kind. In short, a fully charged Debut Blue Label should be able to keep playing for all but the very longest of transcontinental flights (and in many cases will have enough power in reserve to keep playing for your return flight). 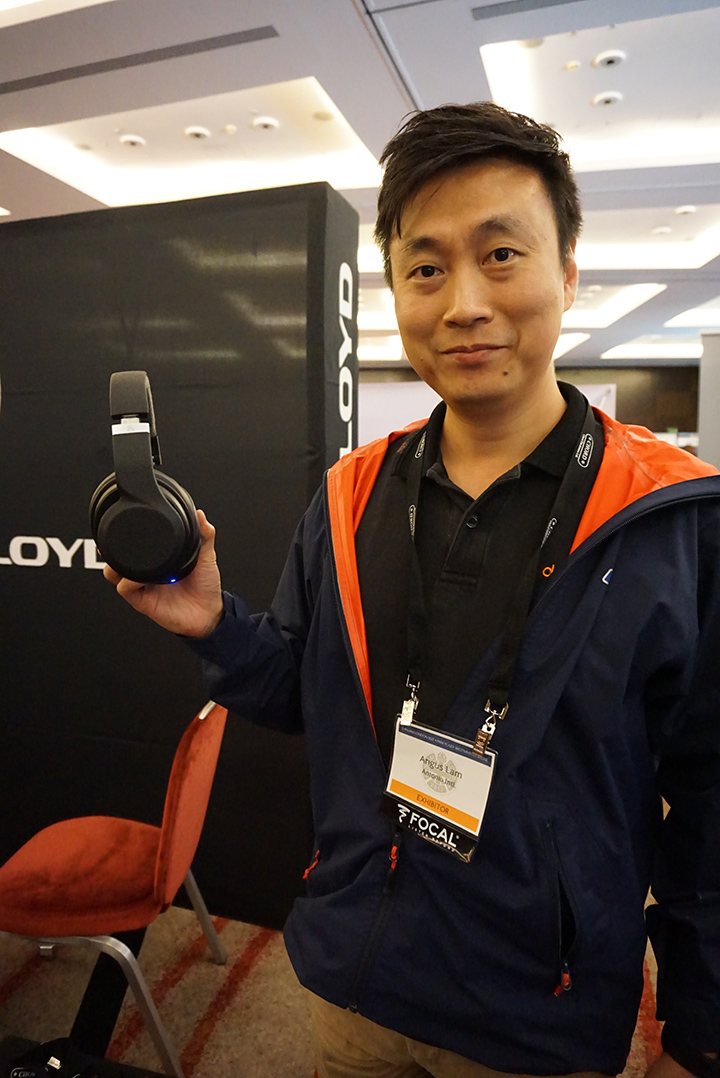 What are you listening to? Various rock & roll selections from EDM Music 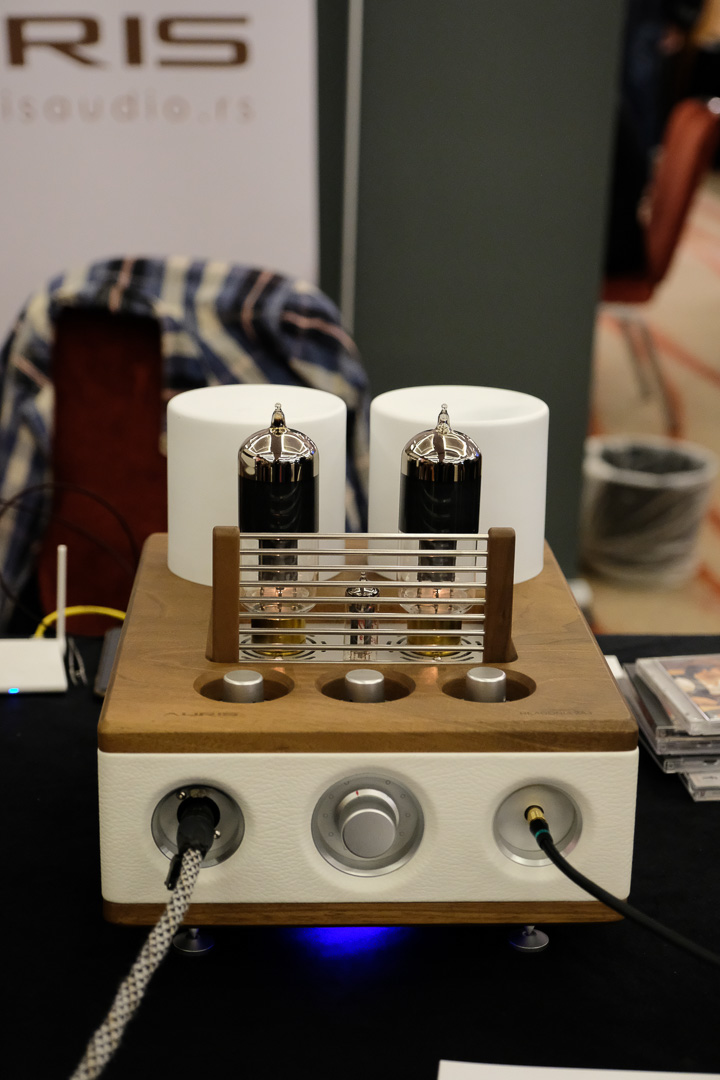 Description: Auris Audio from Serbia is commanding an increasingly high profile for its audio electronics. The new four-input, all valve Headdonia headphone amp, can simultaneously run two different impedances from a single-ended and a balanced headphone at once. The standard version runs a pair of 2A3 power tubes, but a custom made version can be provided with 300B power tubes for $8,400. The company also makes a HA2 SE headphone amplifier, and all match the company’s distinctive style. 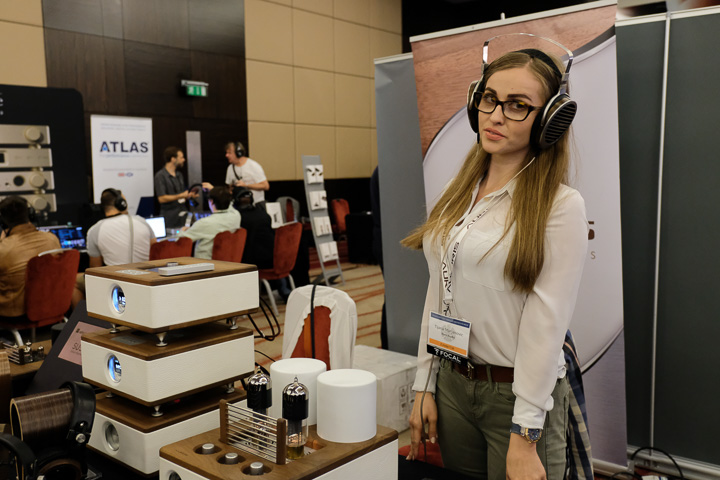 What are you listening to? Conversations by Anne Bisson and Vincent Bélanger

Moon’s Neo ACE – success is not the only reward